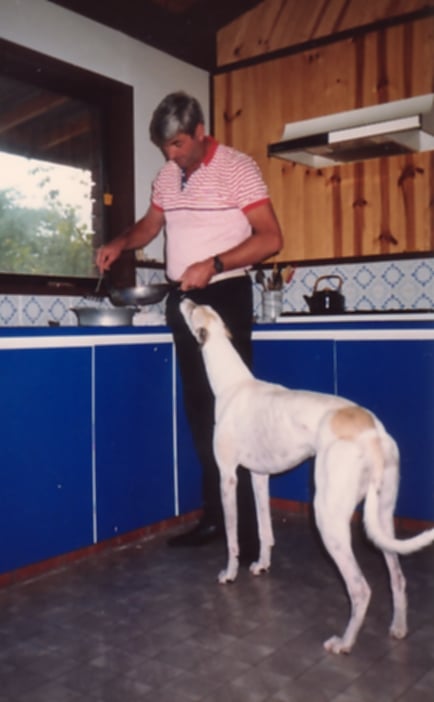 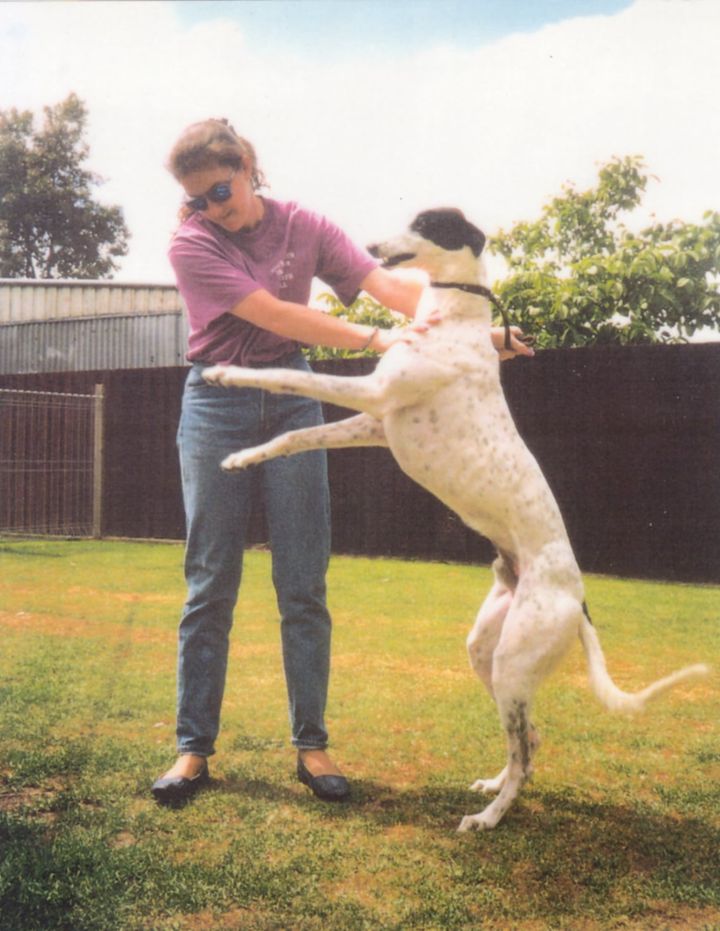 Outstanding trainer and terrific bloke the late Ted Sallows with Mrs Fitz, her pups and a 16-month-old Cry Havoc with Andrea Sallows.

Marg Sallows remarked – One of those pups was Head Honcho.

Don McMillan – He was a great man sent him a few dogs to train.

Jeff Collerson – He brought a great dog Rubin Caine to Sydney many years ago.

Andrea Sallows responded – Rubin Caine lived in our house with a cat and a poodle for years after.