1973 was the first function for the Victorian Greyhound of the Year. It was held at the Camberwell Civic Centre in inner Melbourne. I was 17 and attended with my mate Kevin Smith. We weren’t invited but you could sit in the balcony and watch. However, because we were the only two there we were asked to come and sit in a couple of spare seats on a back table. Drinks and food we had great night. Bonus one of my all-time favourite dogs won Lizrene. Bill Collins host and Dennis Walter sang and hosted at my suggestion 25 years later. 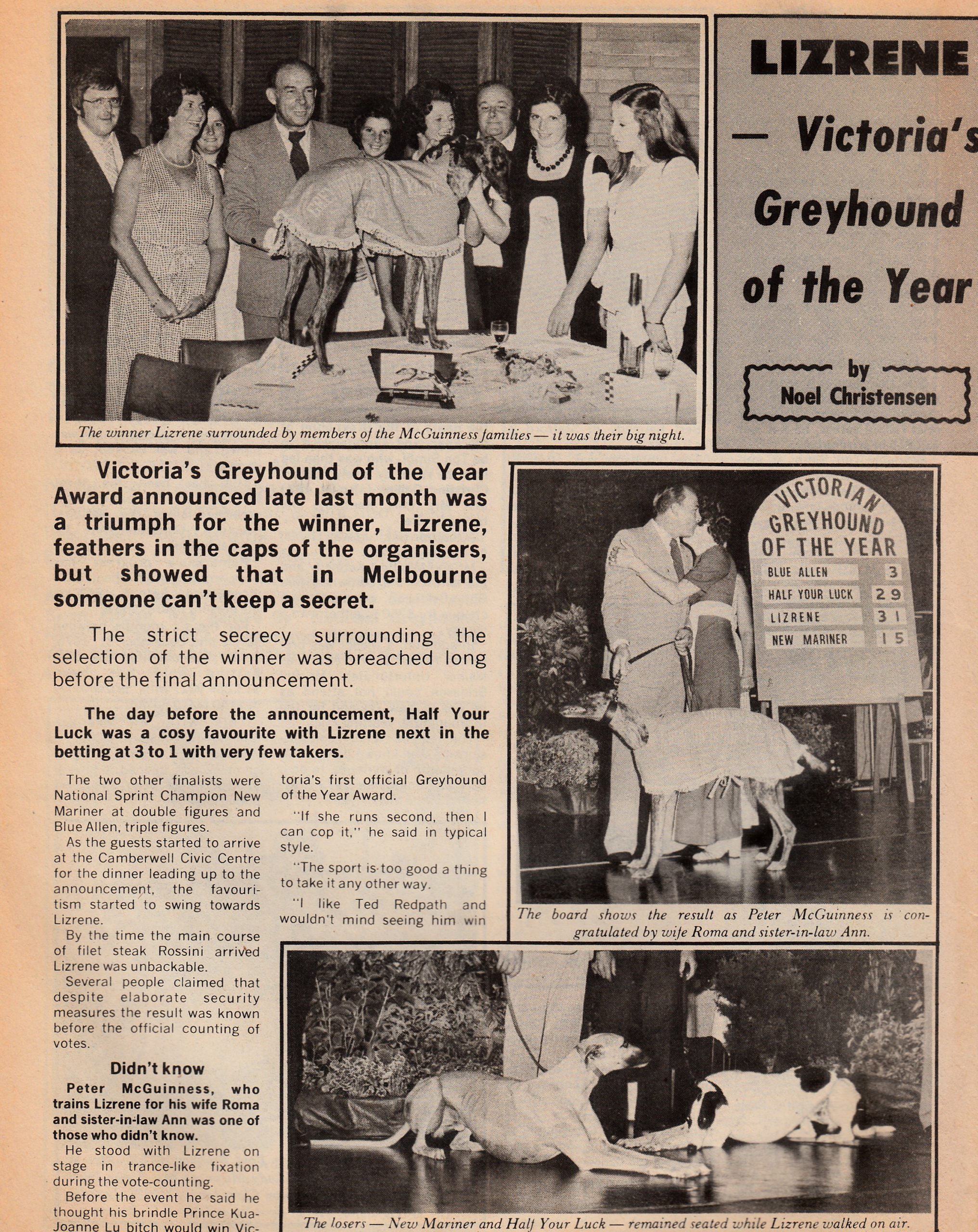 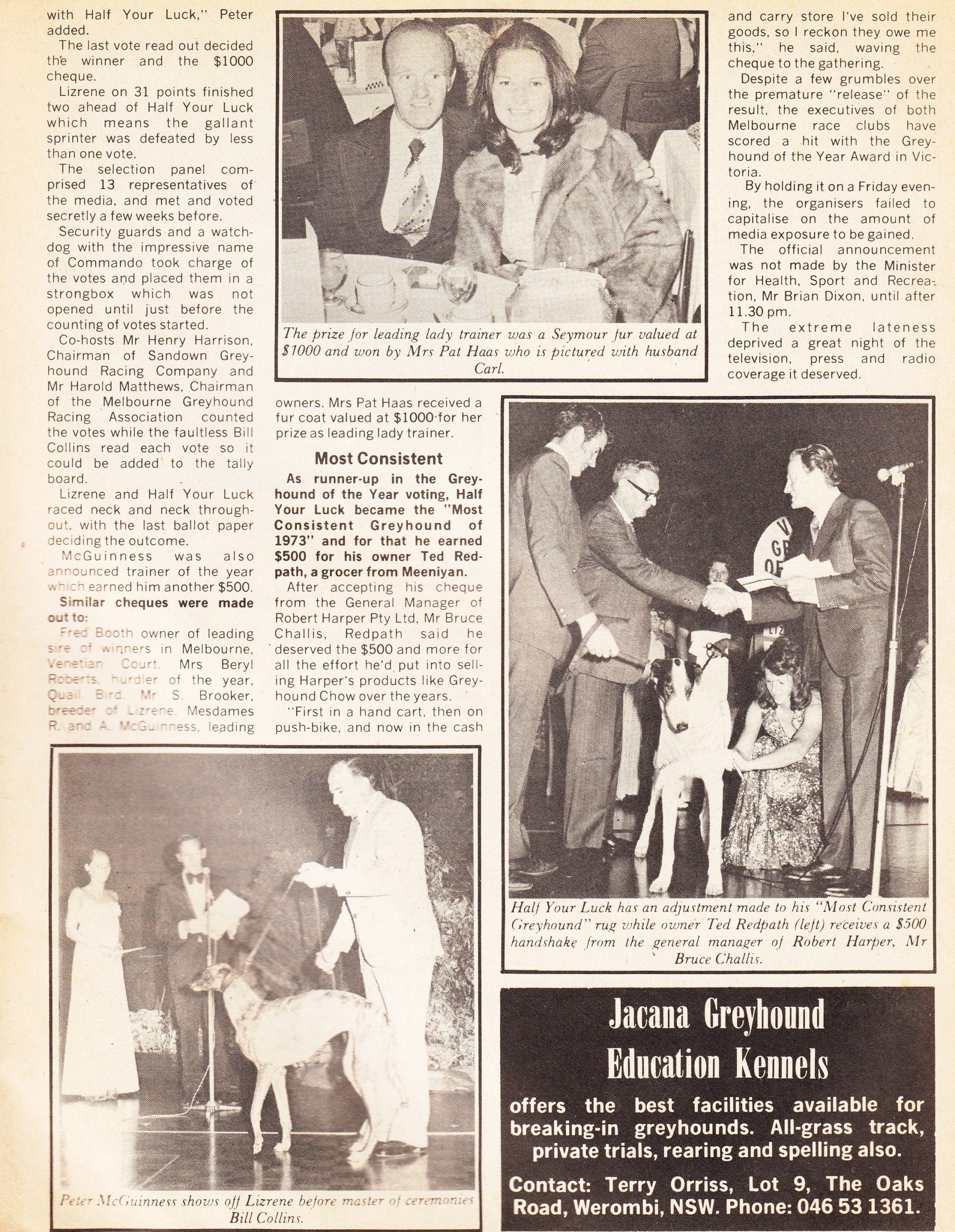