Found this classic footage of the 1979 National Sprint at Cannington in WA. Presented by the great Bill Collins. I Love the CUB ad at the start. The race was won by super sprinter Acclaim Star for Billy Fletcher, the black and white dog smashed the track record running 30.95. 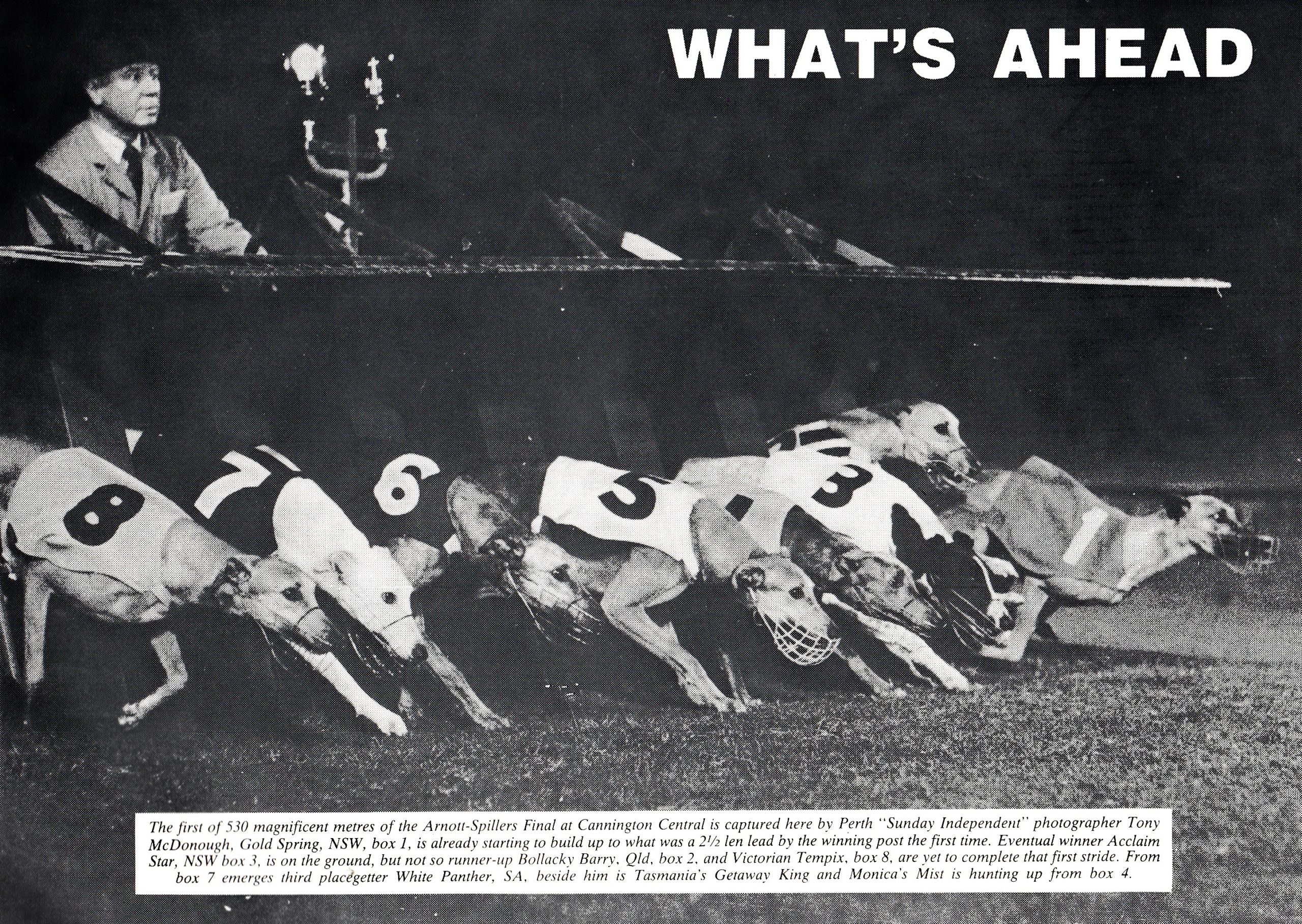 Jeff Collerson – When Sir Charles Court, WA premier, presented the trophy to Bill, an ex-boxer, Bill responded with: “Thanks to the sponsors, the club, and, what’s your name again mate?” Sir Charles, obviously a good sport, replied “Charlie Court” So Bill said “yeah and thanks to Charlie Court” The crowd loved it! The premier was probably lucky Bill didn’t call him Chicka.

Ken Norquay – That was the first time WA hosted a National Sprint! Eventually the CGA relented to the lobby by Howard Sattler and Don Dore for what was Australia’s fledgling greyhound racing State – 175th Anniversary of foundation in WA.