Brennan Ryan has put up this video of the mighty Shantung Tiger winning the 1997 Parklands Derby. There is also a number of comments on how good the old Parklands track was.

Paul Mills – What a track

Tony Nash– Love the grass track, we were lucky to visit the track back in 1990 when visiting from England. Happy days

Robbie Tyler Reason Kennels– In my opinion, the greatest greyhound track ever built in the world. What a shame we lost it. 😢

Robbie Tyler Reason Kennels– Howard Gray the 2nd best Howie…. about a length between them. 200 metres to the rest of them though… they were the best. ⭐️

Sandro Bechini– What a great Shute it has for the start, not with the boxes sitting on the rail

Mark Small– I absolutely could not agree with you more Rob 👏🏼WHY the 🤬🤬🤬🤬 could we not use THIS blueprint for another or future track/complex …. Say, like 🤔 Tweed Heads at Chinderah 🤷‍♂️🤦🏼‍♂ This feature race shows tractable dogs race on a perfectly designed track …..next to NO interference🌟

Neil Brown– Have to agree boys spot on. Two sensational tracks Toowoomba and Parklands. Correct me if I am wrong, I am sure Bob Douglas told me both tracks were designed by Bede Ireland. He said he made a slight mistake with the Boxes at Toowoomba and corrected it at Parklands.

Cory James Hiscock– Neil Brown This is Towoomba after it closed, from the outline I would suspect the correction with the boxes would be the start is off track because its situated in the straight. When designing Parklands, Bede moved the start to the end of the straight and is exactly as you would see at most 450/460 starts in Victoria.
May be an image of outdoors 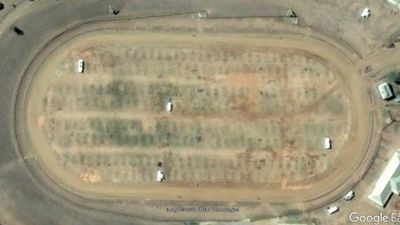 Cory James Hiscock– This was Parklands not long before closure, as you can see the track had two differing turns radius wise. Similar to older designs at Geelong/Warragul/Bendigo. Starting positions on this track are again similar to what we see today with the want for a shorter 350-400 start on a 600m circ track. What people may not realize, Bede designed the Parklands track with very specific downhill/uphill runs in the straights. So they were like a banana. I was told he had experimented with greyhounds at running speeds on a running machine that could tilt in any direction and this informed him of the length a greyhound could run down hill prior to over galloping. So greyhounds out of the 457 ran downhill for half the straight, uphill into the turn, which when grassed had high banking, then down and up again in the front straight. May be an image of grass. 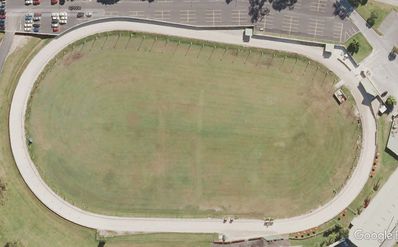 Neil Brown– Thanks Corey for the insight as usual your depth of knowledge on the subject matter is extraordinary. 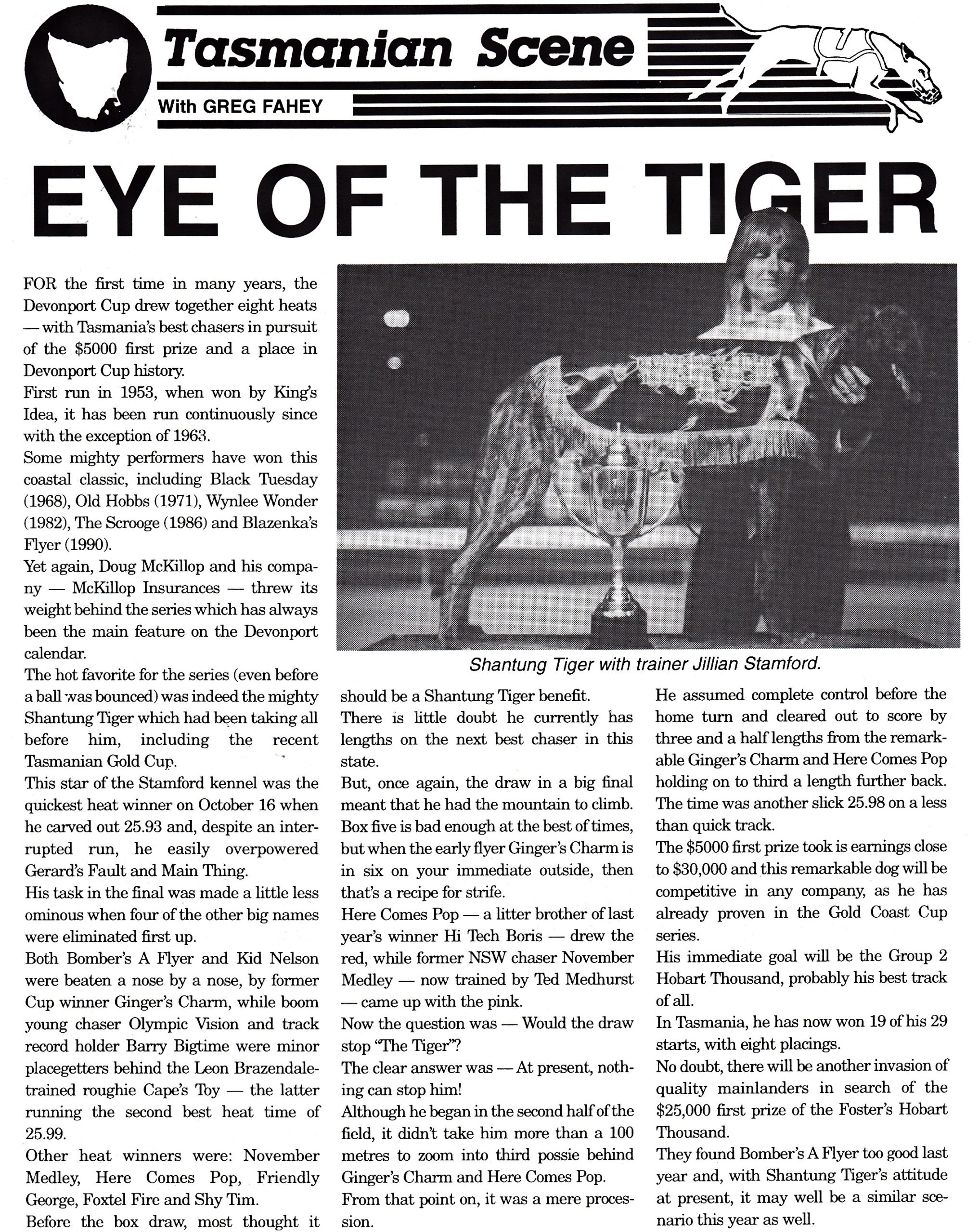