The wonder from the West 2002 Top Gun winner and West Australian Greyhound of the Year Lindale Blue. Had a liking for Sandown he won a Melbourne Cup Prelude from Box 5 in October a heat of the Melbourne Cup from Box 1. Had no luck in the final finishing sixth behind Excite Ability from Box 6. Came back a week later and won the Top Gun from Box 5 defeating Excite Ability at $24.60 SP. 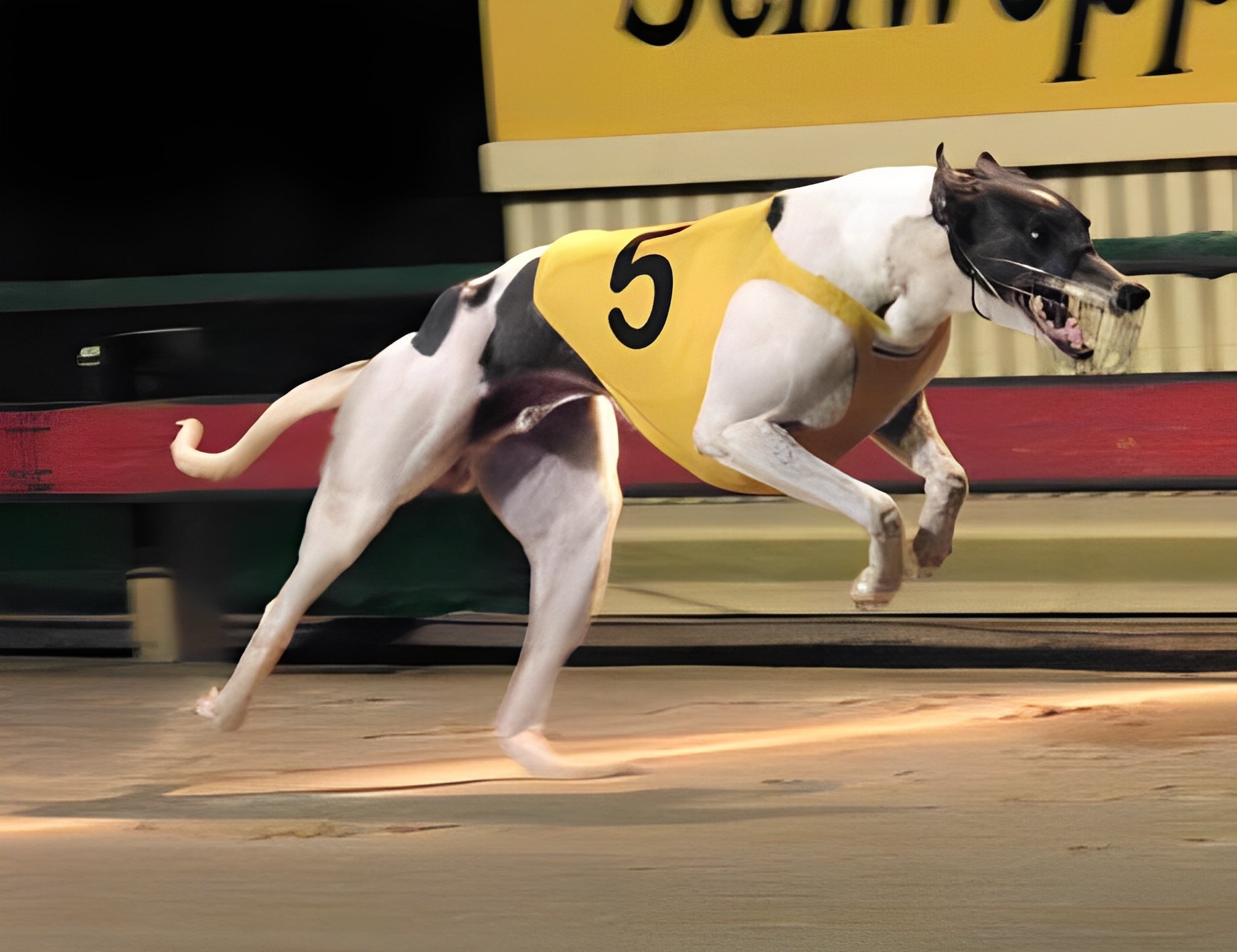 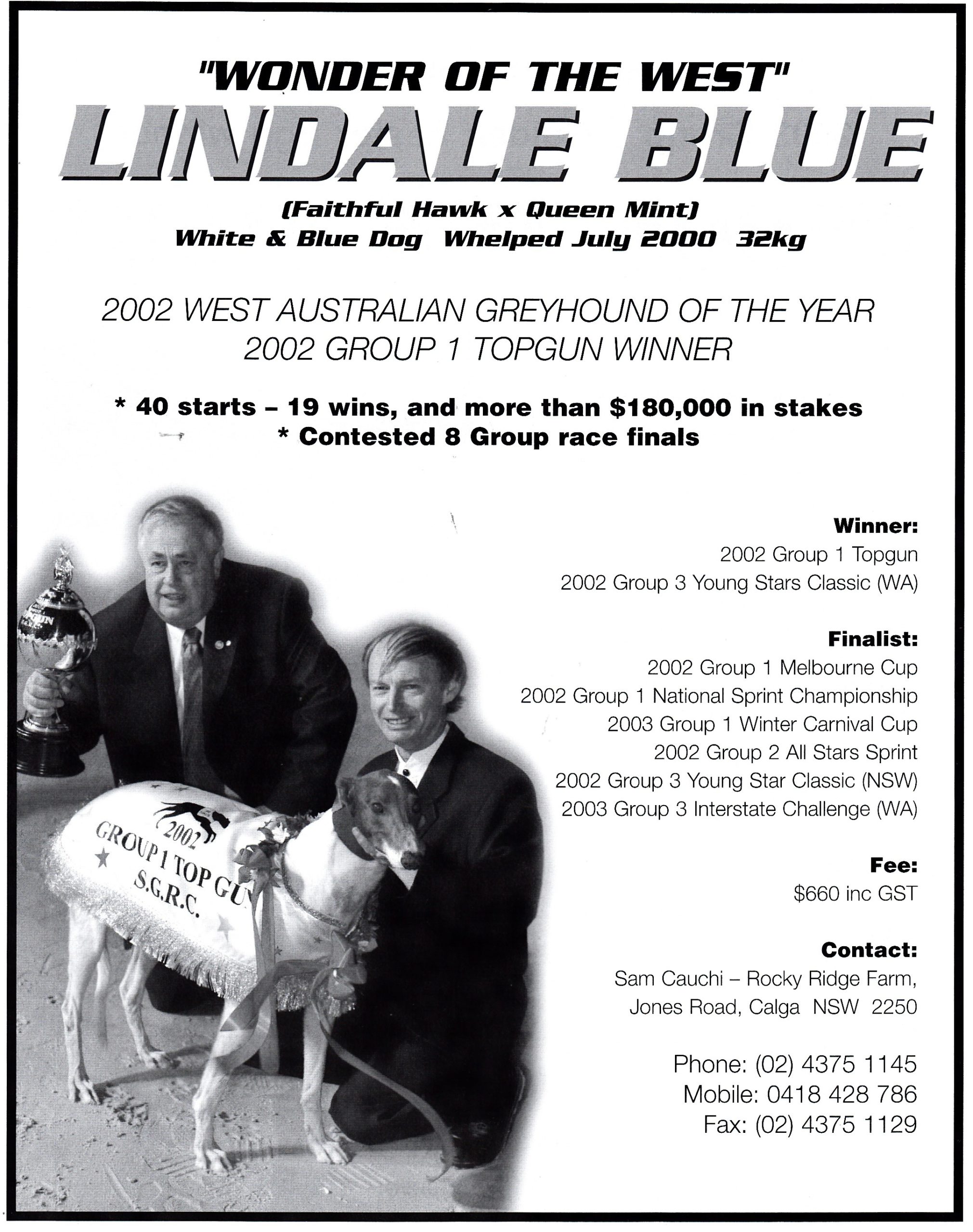