1969 National Derby winner Abbey Road formerly trained by Neville Ballinger but transferred to his son-in-law Allan Less only days before the Derby. The outsider proved a “skinner” for bookies. 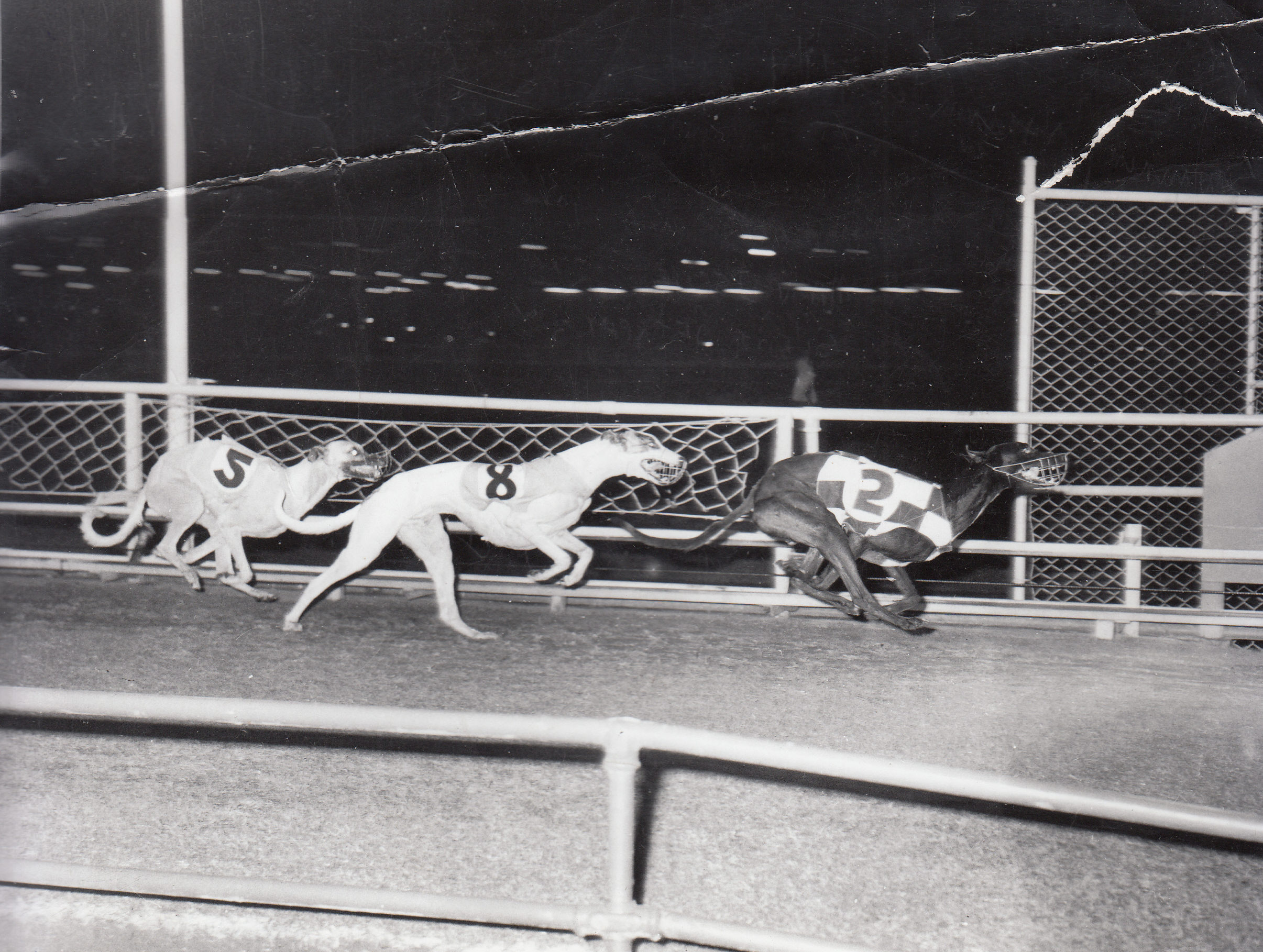 Jeff Collerson – One of our all time great trainers Neville Ballinger. His son-in-law Charlie Kentwell was an outstanding rugby league winger who played for country firsts while Neville’s daughter Lauris was an outstanding hockey player and a good trainer in her own right

Neil Brown – Met them when we made the Melbourne Cup Video lovely people can’t remember but I think is was in a very nice town on the South Coast certainly on the water. Neville trained Swan Opal won the Cup in 1967.

Jeff Collerson– He sure did. They came from Lake Illawarra on the south coast and there is another dog racing in NSW now called Swan’s Opal!

Jeff Holland– Lauris and Charlie trained Make Me Fly for myself and Jack Sepple, she was a Dapto champion, and went on to be an incredible broodbitch. From memory Nevilles last top dog was Monalee Isle, who whilst a bit indifferent at times, he knew like the back of his hand. One night at Harold Pk and he walked over and gave me a few grand to put on her at 7/2. Her form was average, and I asked him why he was so confident, he explained that after a ‘finish-on’ she needed 4-5 runs before she’d concentrate, and he hoped that would be tonight. She went straight to the lead and just won.

Jeff Holland – He got me a beauty one day at Moss Vale. Alan Wheeler had Hi Taxi in her first 600m run. She was a top class Went Pk sprinter, who could run 30.90 for the 530m, and he asked me what price I had her. I told him 4/6, and he seemed interested, but said he wanted evens. His old partner in crime Ollie Waters asked me what price about a dog Trevor Black had in the same race , and I told 7/2, and he asked if I’d bet him $400, so I said yes. Not a huge bet, but then when betting started and and the punters all wanted to be on Trevors dogs because it had trailed .60 faster than Hi Taxi, it was well overs. Hi Taxi got out to 2/1 and when Neville walked by I asked him he wanted anything on? He laughed and said him and Ollie had already bet.

Jeff Holland– There was a funny night at Wollongong. I’m about 14-15, I used to clock and watch the races for Dad, who was working there. this was well before videos and electric timing. I’m watching the parade ring because it was a great race, 3 top sprinters including Master Machine, in a 4 dog race. Neville was standing there with Alan Chauncey, and Jimmy McMahon who trained Master Machine, and he said to Jim, well your dog should just win. Jim, replied that he was on Nevilles dog, so they both turned to Alan, who said he couldn’t win. It’s was so funny to see them all turn to look at this one dog left in the race. They all took off for the ring, but it was about 250m from the kennels to the bookies, and I think only Alan made it.

Jeff Holland – Jeff Collerson you know throw-in Roy Stanbury, and I’m not sure you could find a better school of hard knocks for punters and bookies, than Wollongong dogs.

Jeff Collerson – Jeff Holland Recall Roy and his wife Mona arguing out loud trackside at Wollongong. I had asthma as a youngster and Mona arrived one night, ripped my shirt open, and placed a camphor bag around my neck. They had a great W’gong bitch called Chrissy Missy. Guess their best dog was Toouli.

Jeff Holland– Jeff Collerson both just before my time, I always remembered Roy with Turbo Top, she was simply incredible. Along with Mocacindy, and later Shy Deena for Trevor Black, I got to see from the start some great dogs and their trainers.

Jeff Collerson– Jeff Holland Alan Chauncy had Mockacindy and top liners like Pacermatic, Top Streak, Chief Mocka and of course he bred but sold Woolley Wilson to Gary Wilson who got Geoff Watt to train him. One Sunday Alan was broke and took Pacermatic to Chipping Norton trial track where owner Clarrie Moorhead staged 4 dog trials and would bet anyone an even 100 about their dog to win its trial. Alan got a mate to take Pacermatic and 3 others to take a couple of old brood bitches and a partly broken in pup. He got someone to put 100 on Pacermatic and the margins were 20 metres by 50 metres. He went to all that trouble to get 100 because he had had a strip out the night before at Wenty

Jeff Holland– Jeff Collerson it’s funny and sad, but today I hate going near the betting rings, because stories like this were once just another day in our wonderful sport. The characters like Alan, who,it’s said sent every dollar he ever earned around on a dog are no longer there. I was just thinking of Dads nemesis Wally Lutiger. Old Wally taught plenty of bookies a lesson or three!