Charlie Formosa – Hi These transcripts where passed down to me by the family of the late Mr Jeff Banks(handler & muscle man) who along with trainer Mr Alf Brown where the the trainers of champion greyhound Roman Earl.
As a 9 year old kid growing up in Grafton Street Fairy Meadow greeting the champion when he returned from exercise at Fairy Meadow beach was my introduction to the love of greyhounds & the sport of greyhound racing
I recall a radio interview with The Voice of Greyhound Racing & Hall of Fame Race caller Mr Paul Ambrosoli saying Roman Earl was the best greyhound he had ever seen
Hope you all enjoy the read
Peter Dawson – I was always led to believe he had a roman nose. But in the pics it looks like he was undershot. Is it possible to be both ??
Jeff Collerson– Peter Dawson He was undershot. I wrote a story once about someone who had bought him as a puppy, walked out to his car and notice he was undershot so took him back and swapped him for his litter brother who turned out to be Euroka Lad, a smart dog but nowhere near as good as the one he returned!
Charlie Formosa– Author Jeff Collerson – Wow 😮 never knew that Jeff. 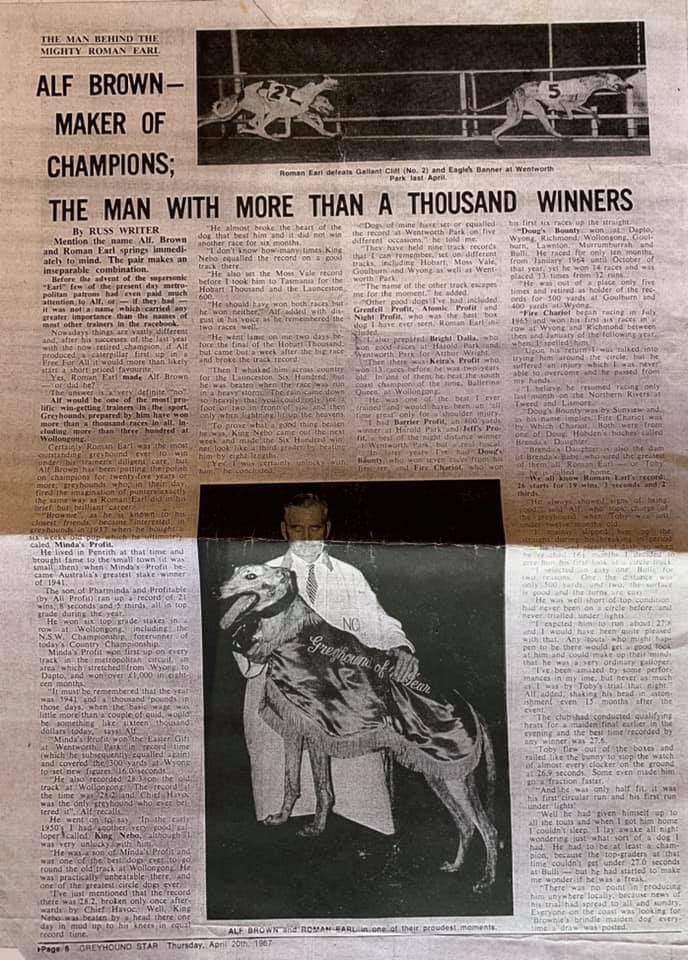 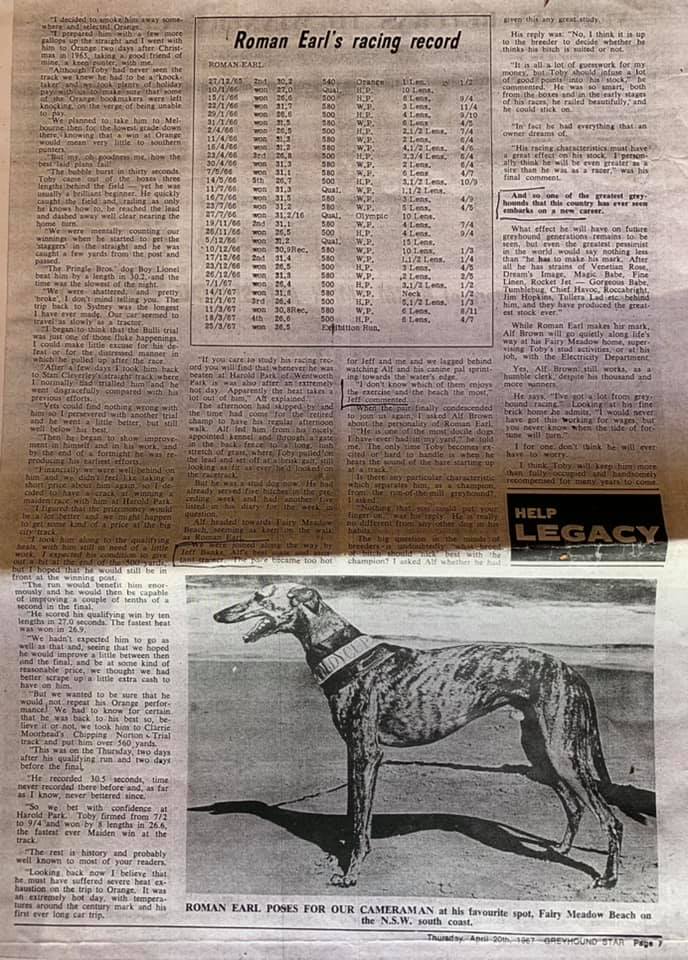 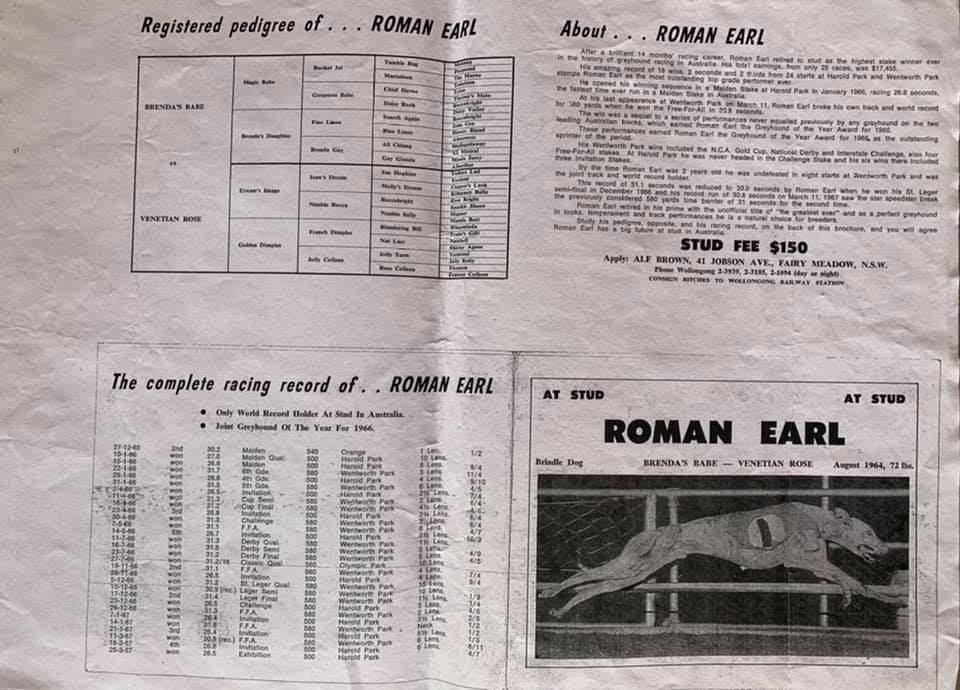