An unusual way to get across the line, this amazing photo finish occurred in May 1980 when Fullamusic (Lively Band x Fullatrix) claimed third prize at Cannington Western Australia. The white and brindle dog after tripping over a wire left on the track, tumbled, was catapulted into the air, he then somersaulted and crashed to the grass. Although his tail was wagging past the post. Fullamusic had to put his muzzle on the line to officially finish. Following the fall he raced with a few hesitant gallops, before regaining his confidence and saluted in two of his next four starts at the track. 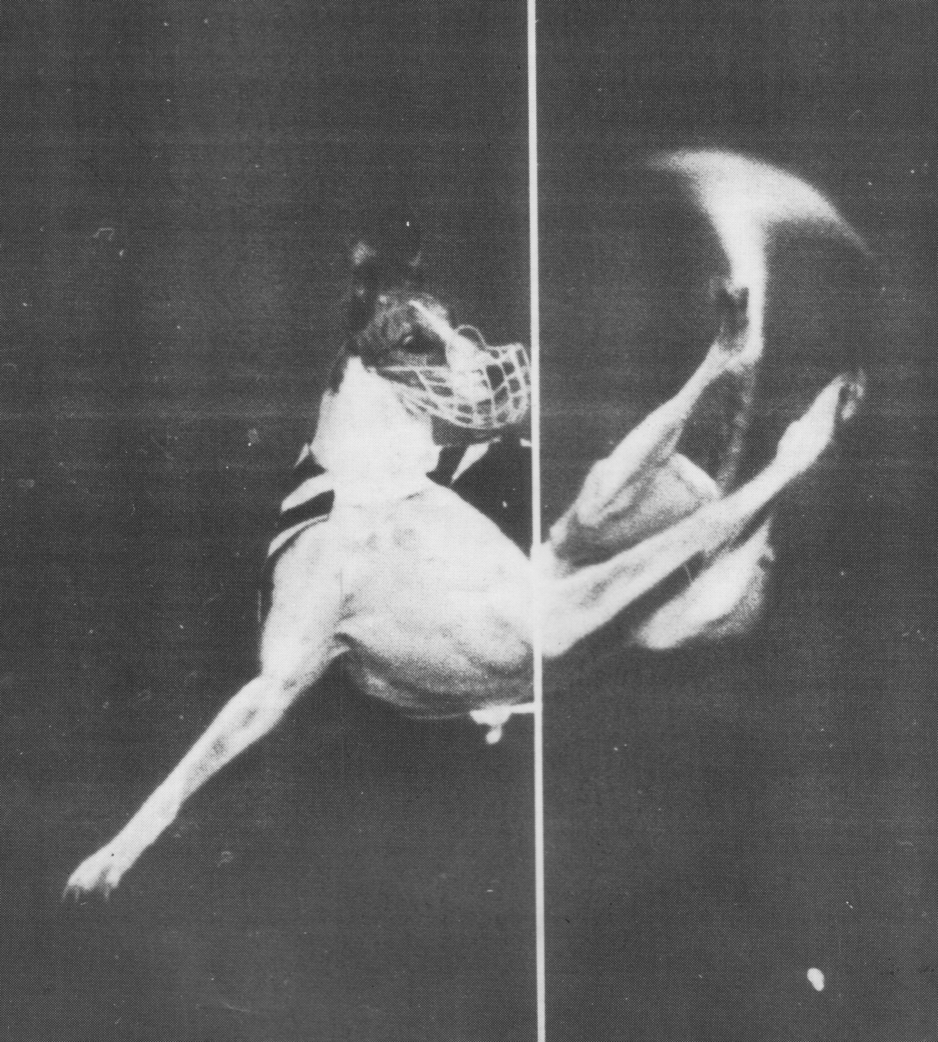