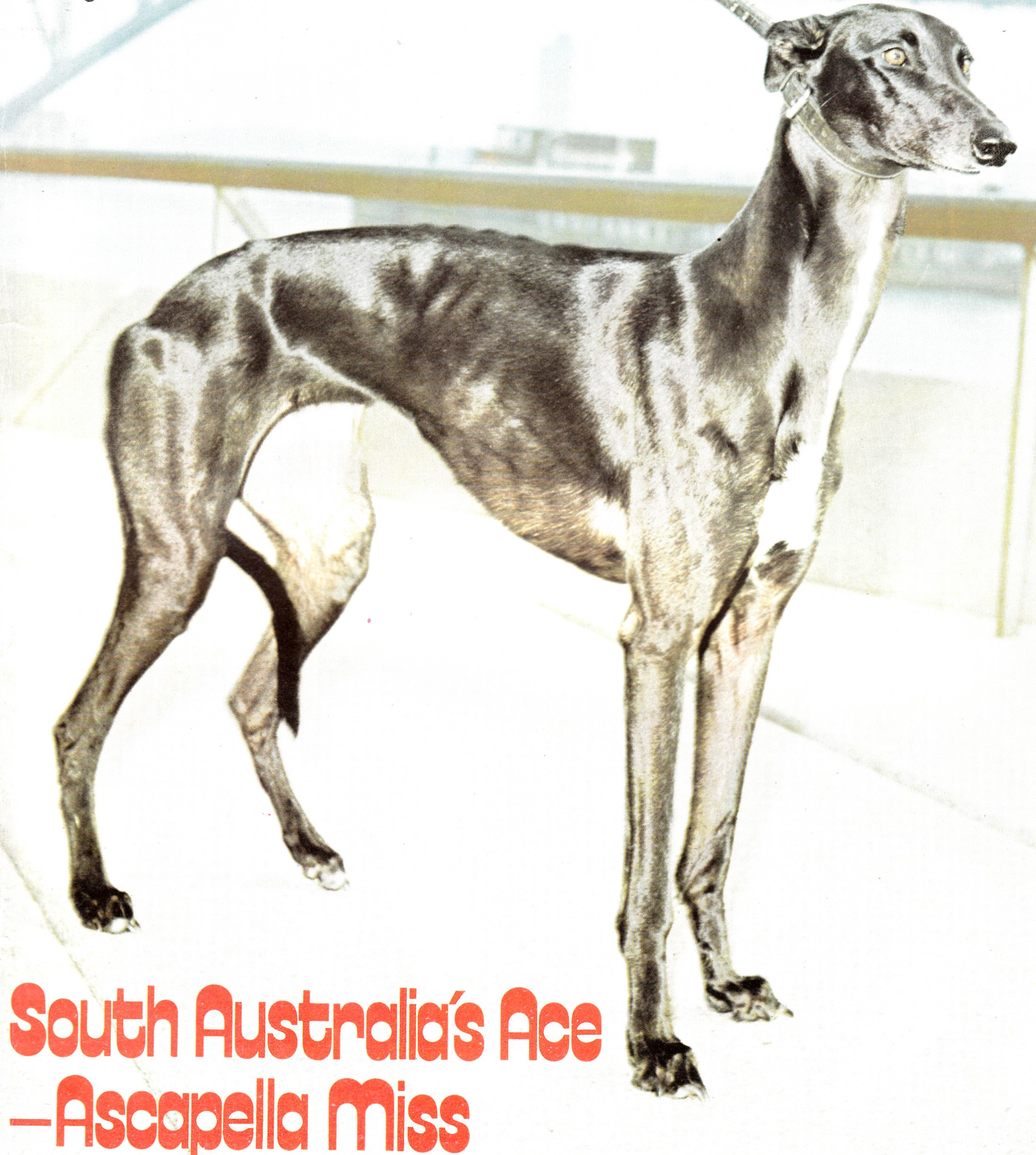 Dennis Huxley asked me to find some pics of champion South Australian stayer Ascapella Miss. Trainer by Doug Payne she was a Champion Stayer of her era, Held the 704m record at the Gabba in 41.61 set on 12 September 1974. Also won 6 in a row at Harold Park over 732m, the 1973 Champion Puppy Stakes, 1974 Association Cup, St Leger and S.A.Champion Puppy. Her owners paid $500 for her from Murray Bridge breeders Mr and Mrs Emil Borchardi. 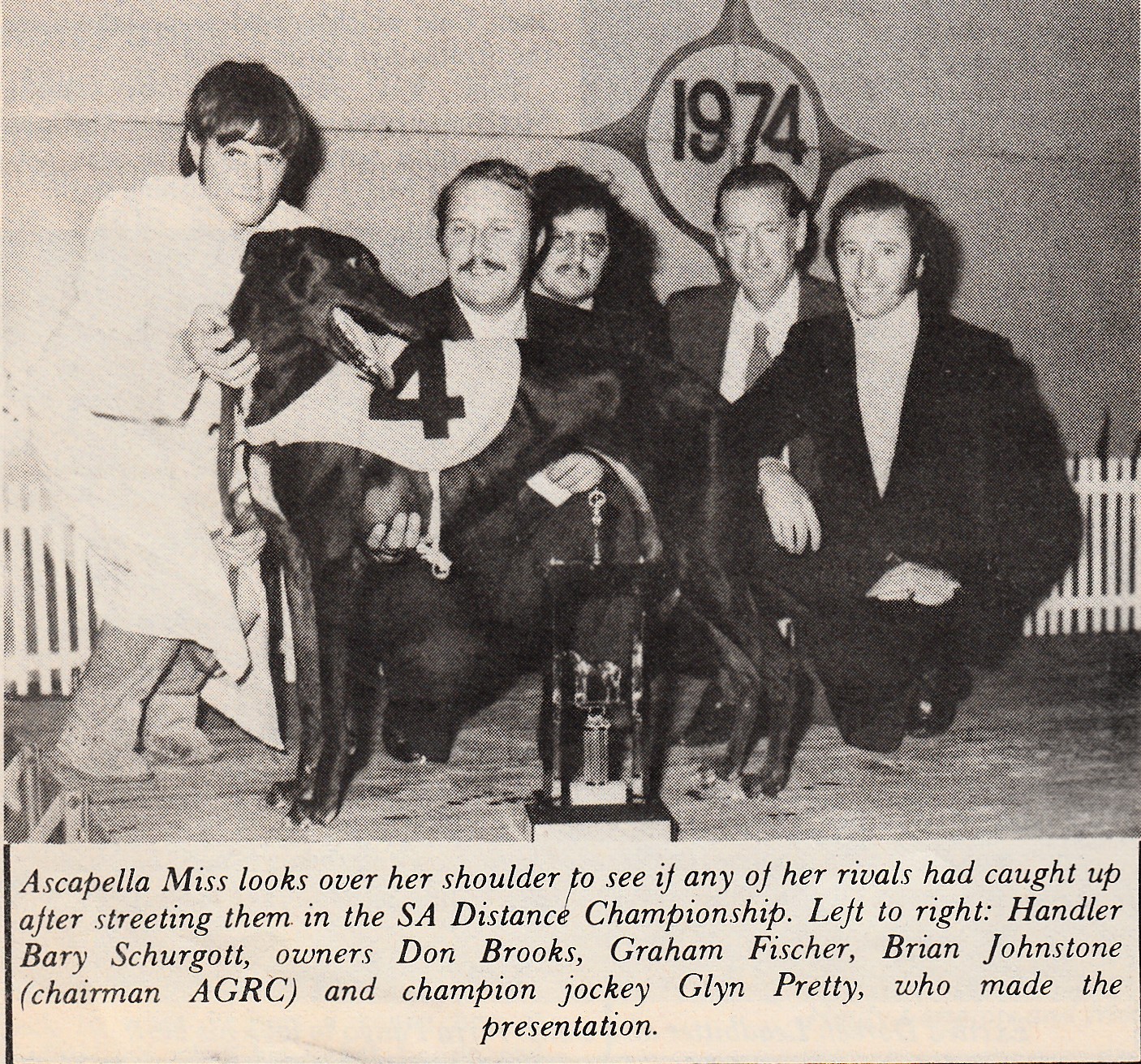 James White – Was Lucky enough to see this one at Harold Park when I was 10. Walloped my favourite Miss Hi Lo one night. She was a Big Leggy girl around 31.6 kg if I remember right.

Graham Fischer asked if I had any pics of his mighty SA stayer Ascapella Miss winning the 1974 Association Cup. Bred in the purple by Chariot Charm from Fullock. She was trained by Hall of Famer Doug Payne, started 4/1, won by six lengths in 43.39 on a rain affected track. Racing weigh was 29.2 kg. Pam’s Thunder was second and Haleka Court third. The other finalists were Crete, Opal Issue, Gaytilla, Miss High Lo and Dainty Wanda. 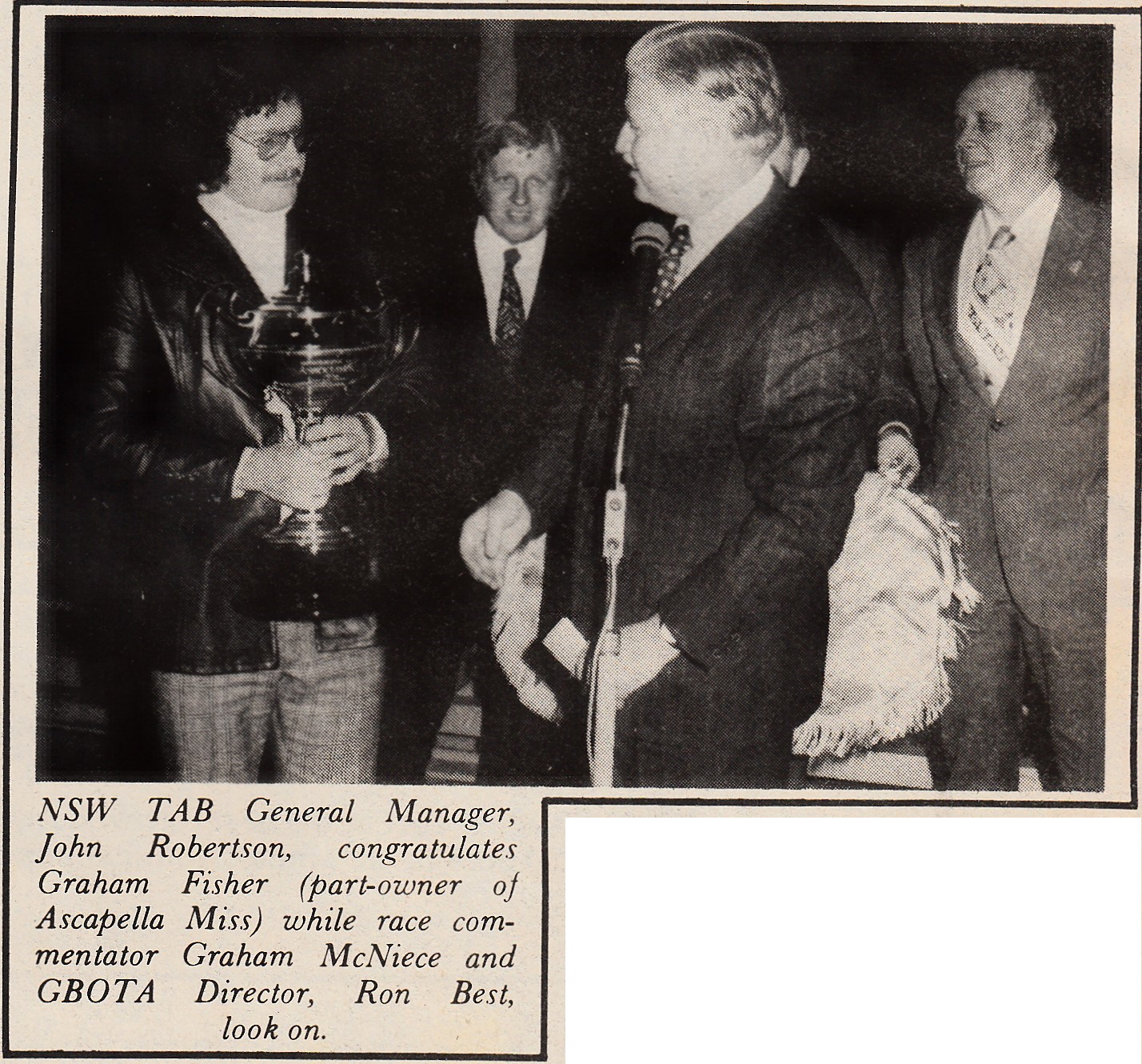 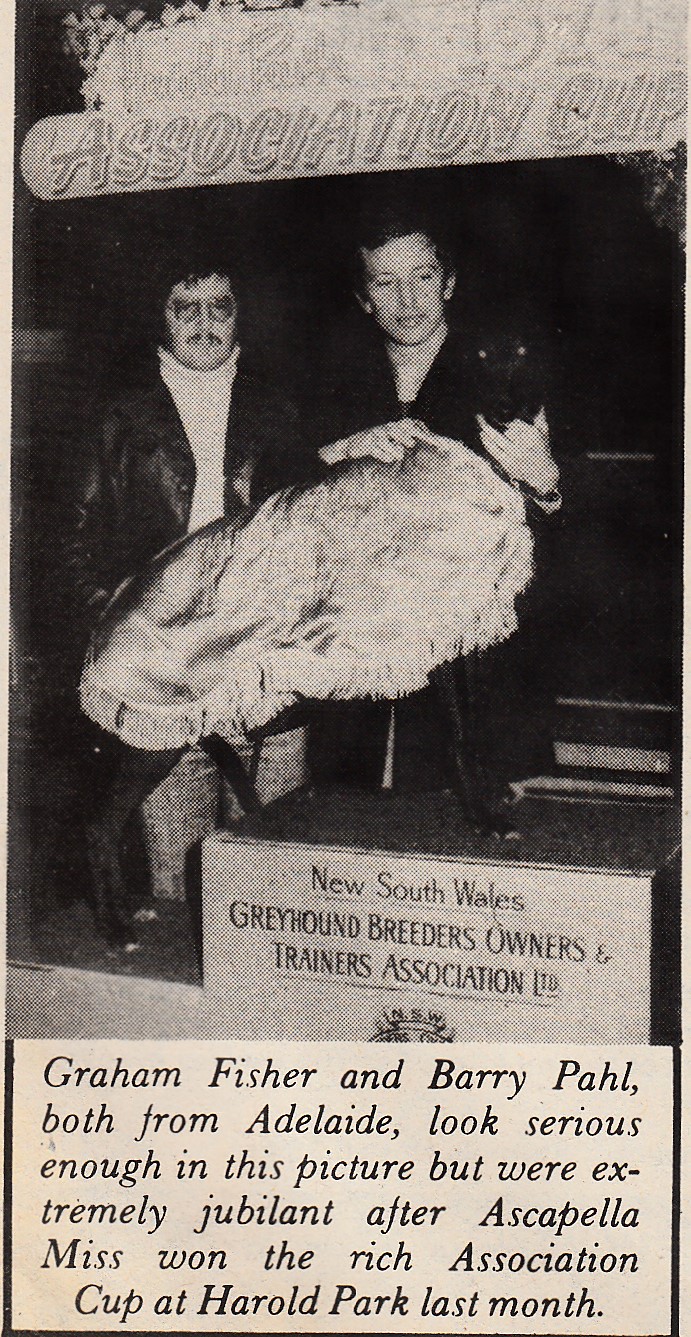 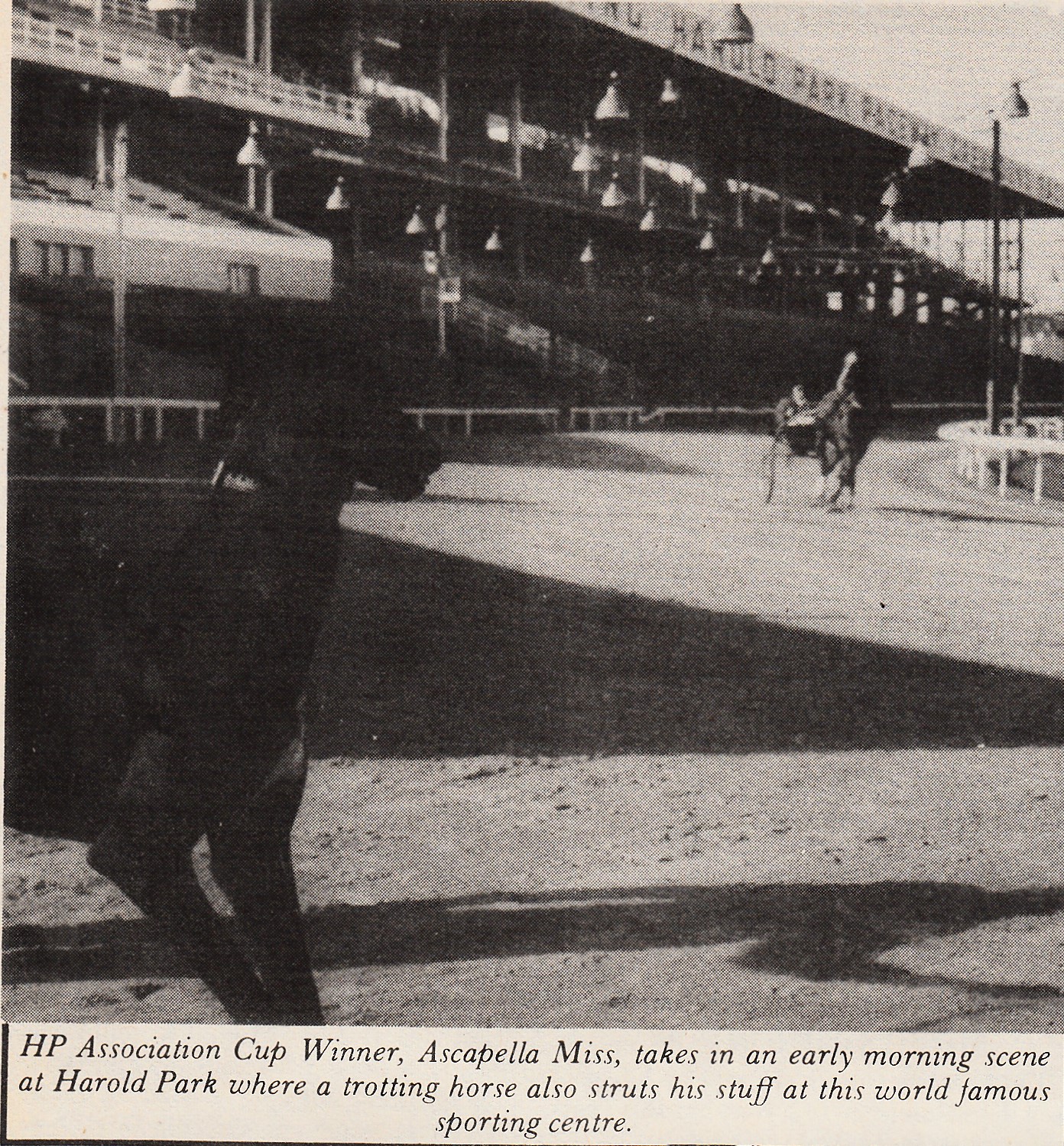 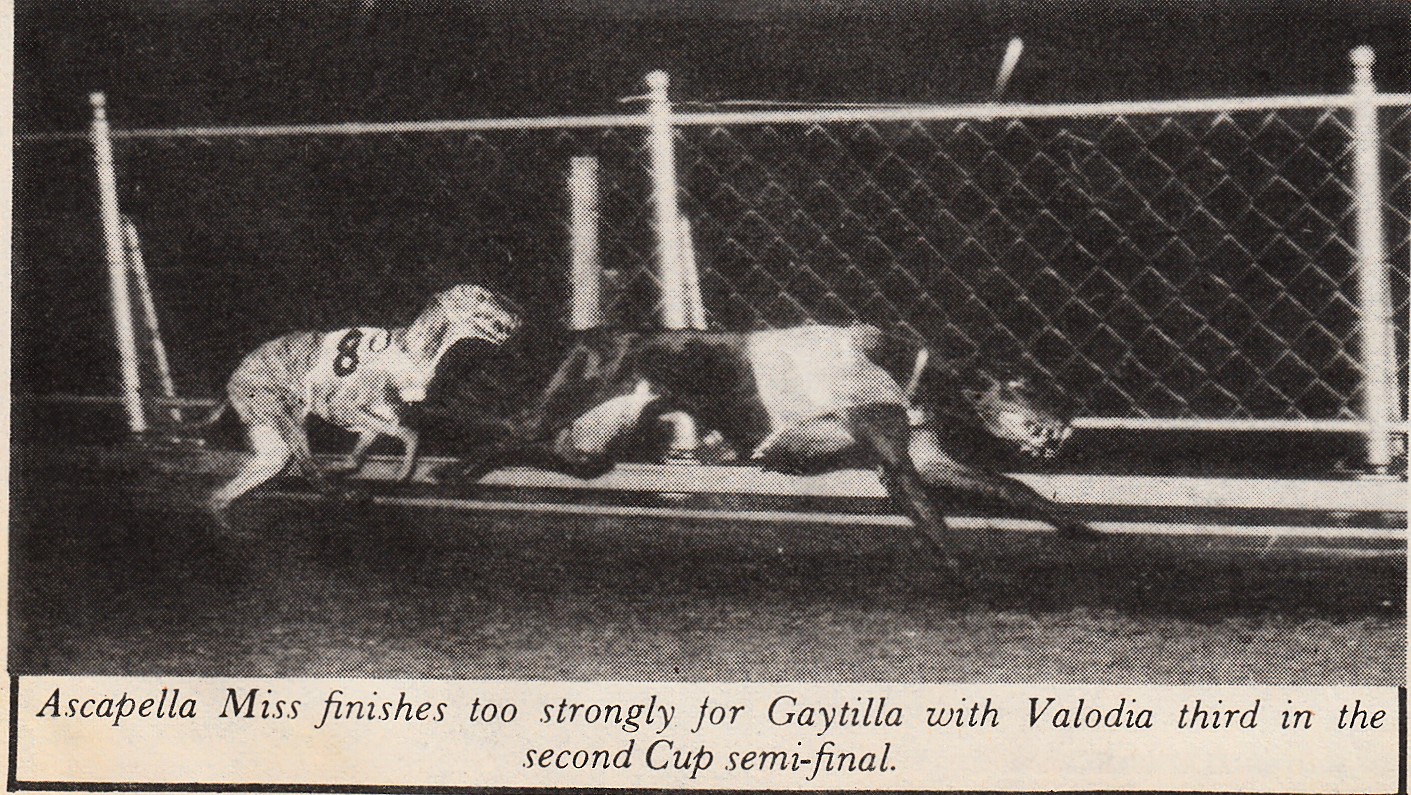 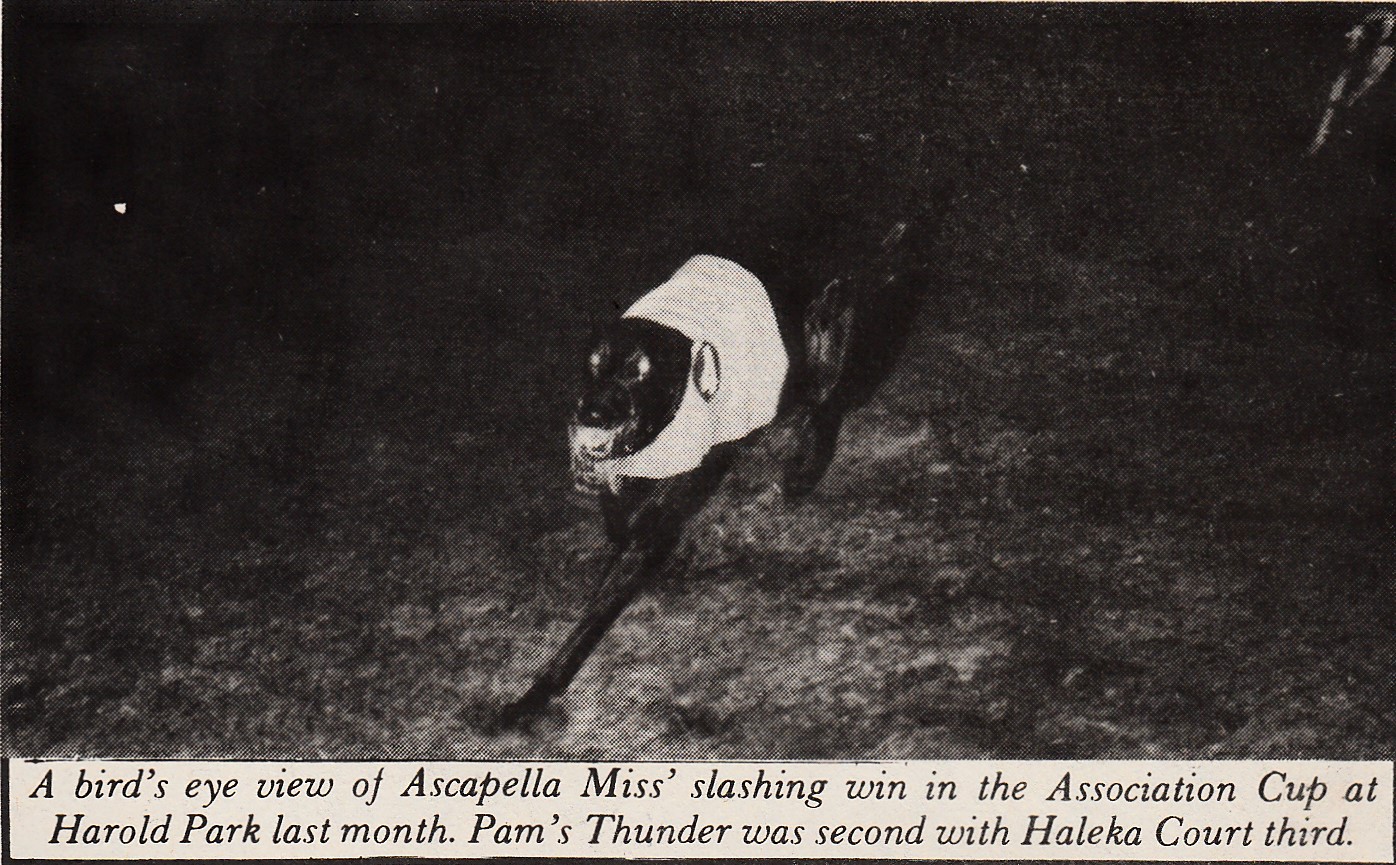 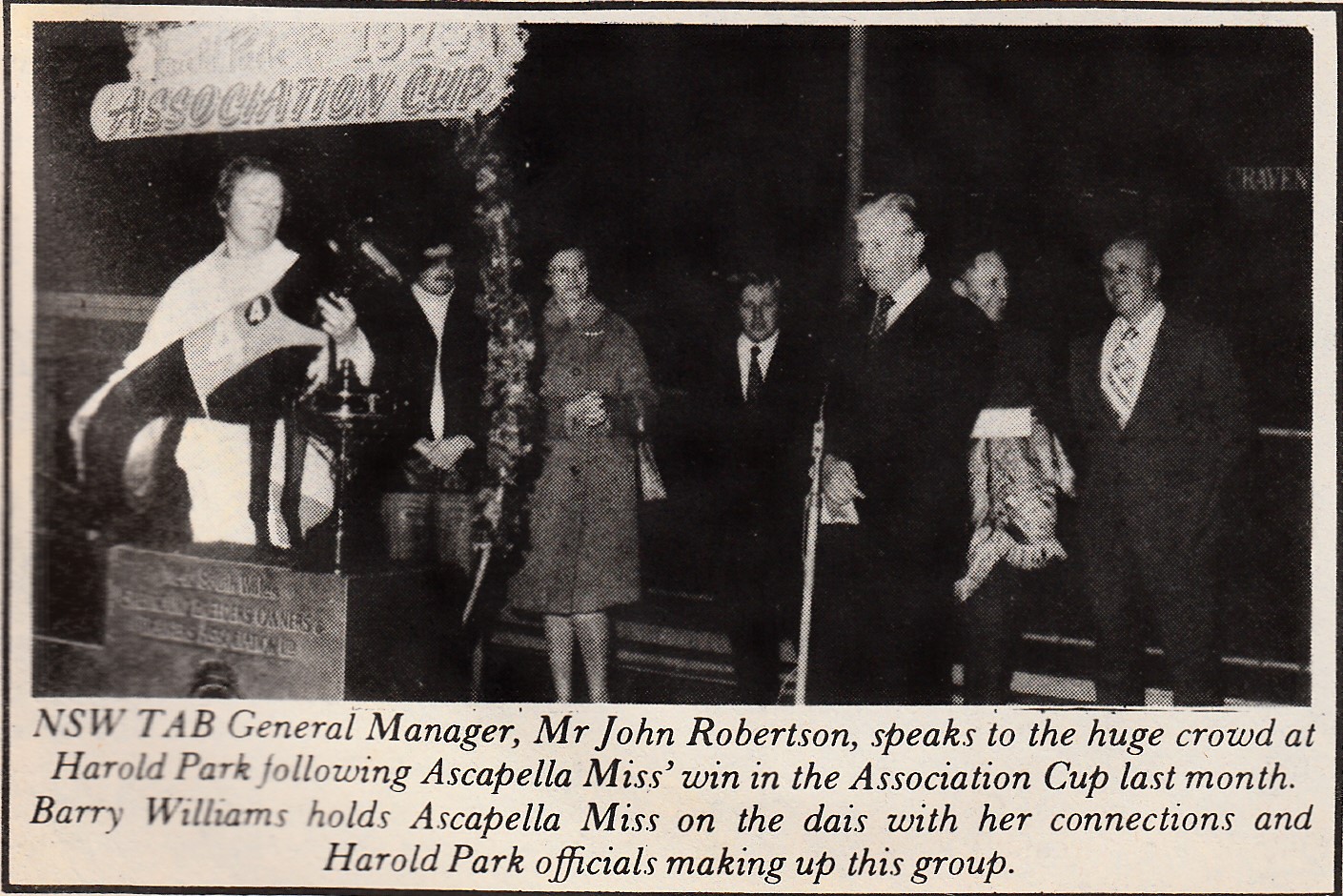