Jeff Collerson – Eddie Batiste always wore a three piece suit to the dogs and lived in the very posh nth-west Sydney suburb of Hunters Hill. He made headlines once when walking his dogs through Lane Cove National Park when he stumbled across the bodies of murdered couple Gil Bogle and Mrs Chandler in a crime that was never solved. Eddie was a great mate of legendary studmaster Les Brett
Roz Evans – Jeff Collerson it’s called pride in your sport…..I have seen many photos of bygone yrs and all men in trousers nice shirt and a TIE. Parading their dog. The black and white uniform today is a improvement to the mish mash of anything goes clothes.
George Clegg – I never knew it him who discovered the bodies Jeff. It was sensational news at the time. Wow
Jeff Collerson– George Clegg Yes apparently Eddie walked his greyhounds through there each day
Mick Fearnley– There’s was a Victorian trainer who’s name escapes me at the moment. Had at least one very good dog and was always dressed up in a suit and bow tie.
Des Dooley – Mick, Could you be thinking Peter Seabrook – Granulator, Francine Vee, Captain Wrim
Richard Elbourne– Was he a son of sunview?.
Howard Gray– Richard Elbourne Sunview x Bareena’s Best
Howard Gray – “Sandy” stood him at stud in SA for a while after Frank Holmes/Roccabright Stud contacted us to see if we were interested in standing him as he wasn’t getting a lot of work at his age and the owner Mr. Batiste didn’t want him. Lovely old dog and a magnificent big animal. Successful Racer/Stud Main Issue and super stayer Amerigo Lady 2 of his best offspring. Several repeat matings of Best Sun x Scenic Lass had great success in SA.
George Clegg – Our first greyhound by Best Sun out of Nilo Belle- Miss Silver Sun who produced Kilbride and Kilcoyne amongst many others
Donna Campbell – I remember my dad had a dog by him out of a bitch called salena york 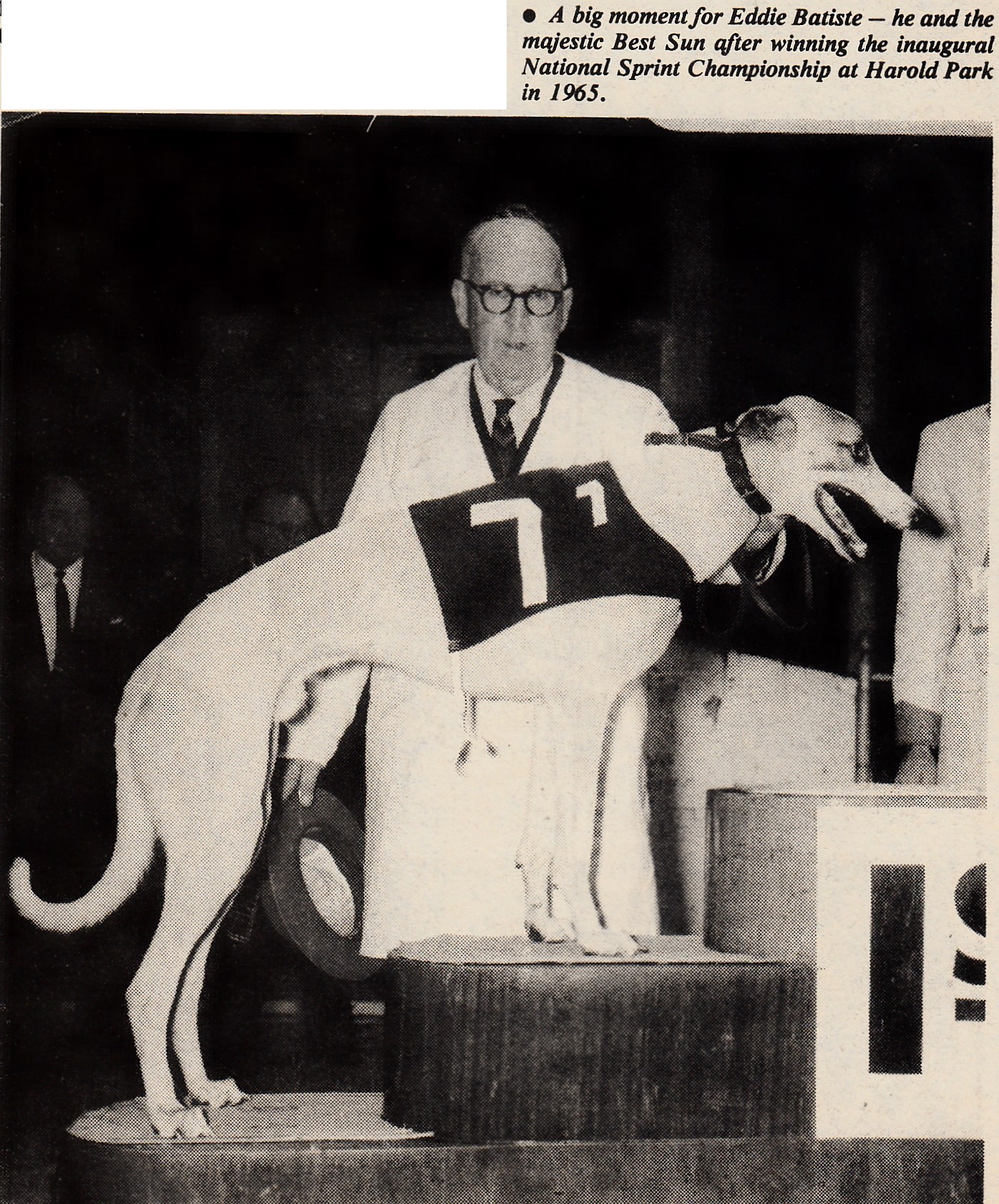