Here is top little chaser Briel Lass trained by Keith Terry. She won the Courage Cup at Olympic. One thing I do remember Courage beer was rubbish. Sandown at one stage sold out to that mob and made it exclusive throughout the venue. It nearly finished us off drinking that for about two years. 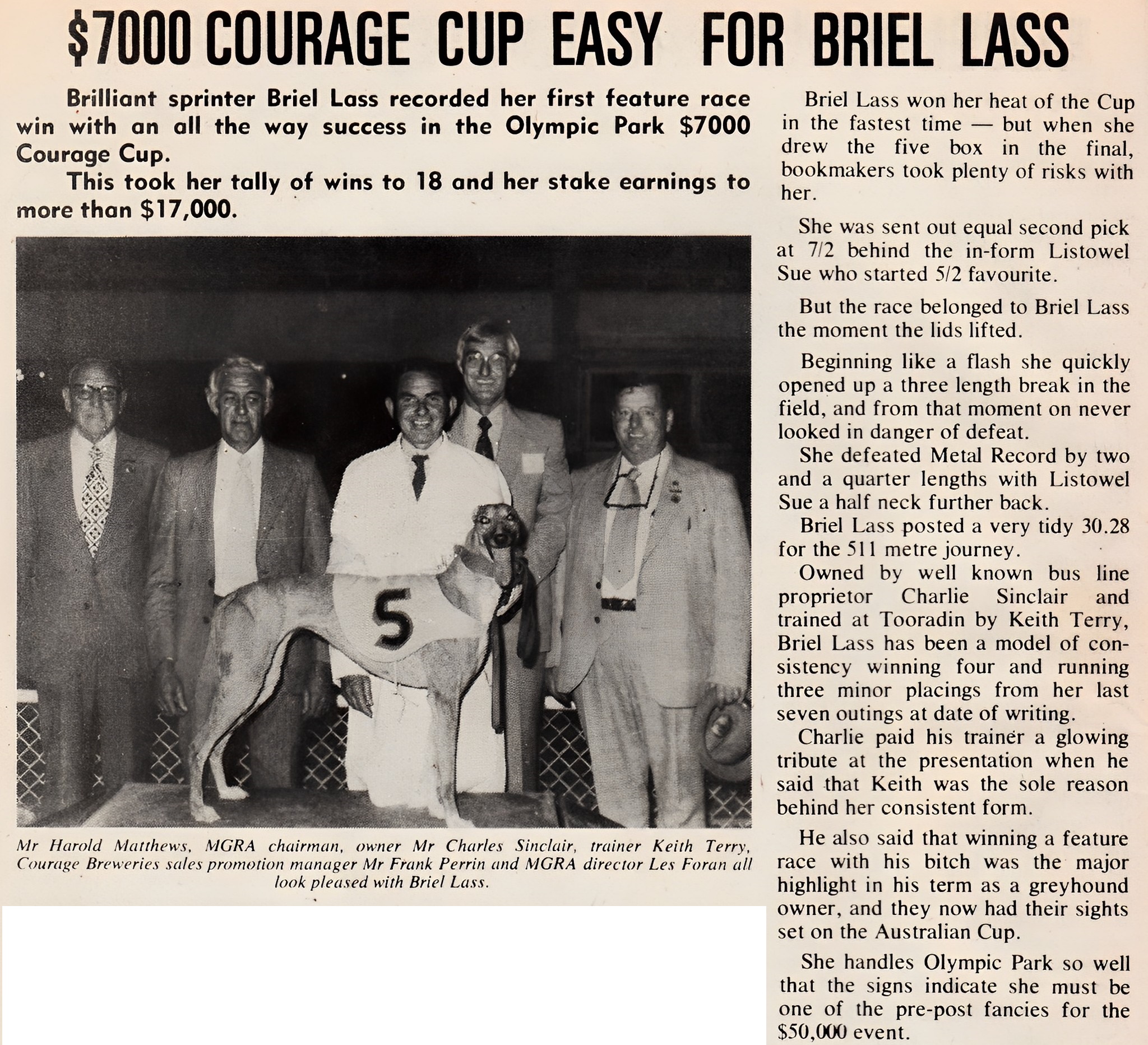 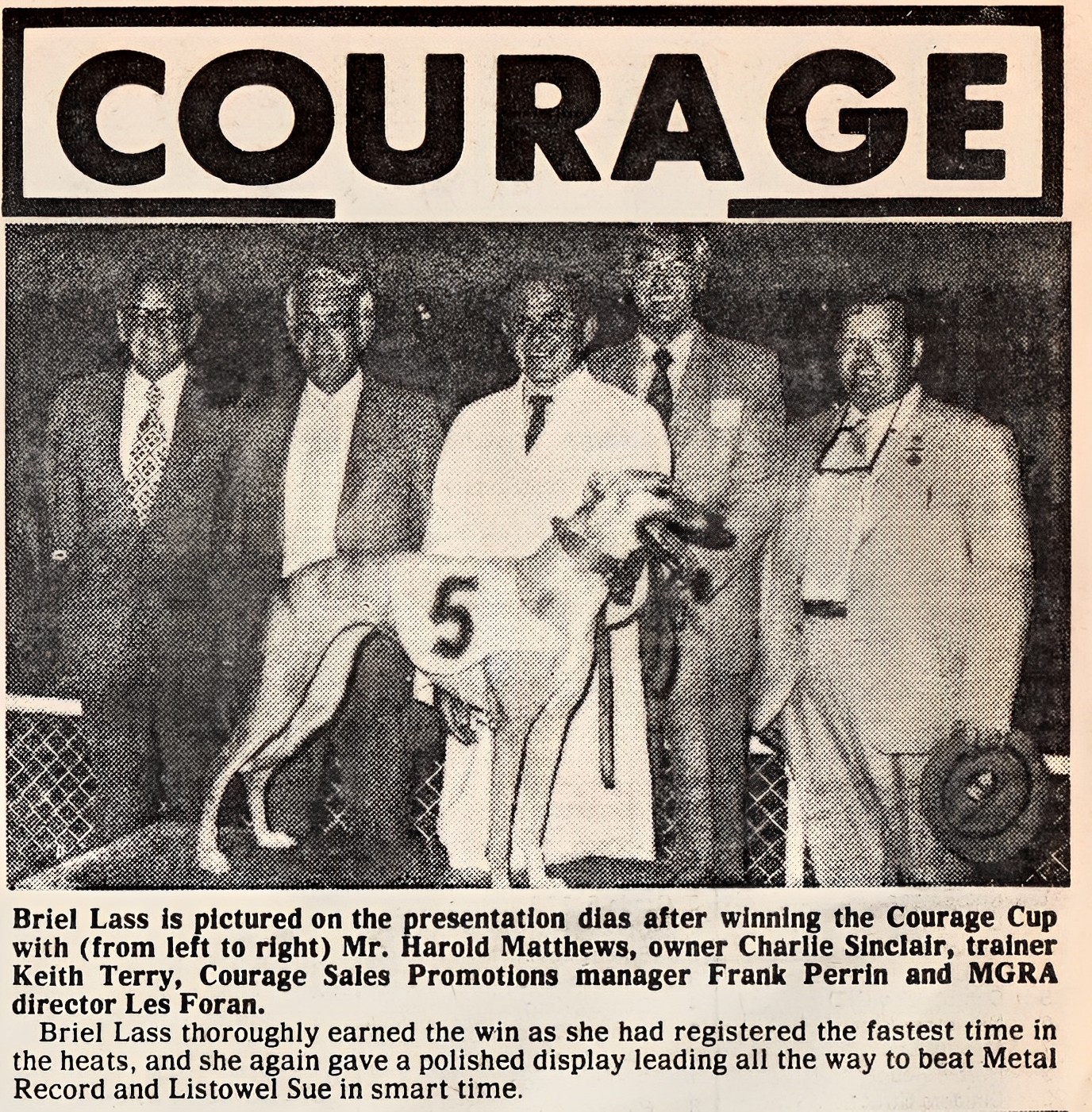