One of the all-time great men of Greyhound Racing the late Buck Buchanan.

Doug Scott – He paid for and built the tin hare at his factory in east Ringwood he was not recompensed this money until 8 years later and he went through hard times during these years he brought a couple of guys over from Sydney to get the know how to do it…doug
Kerry Chalker– Gave me my first winner
Doug Scott – Brought the top stud dogs Newmore King & Gabriel Mist to Australia
Howard Gray- Kerry Chalker Sad end to Gabriel Mist’s stud career when he was diagnosed with an inoperable back condition.
Kerry Chalker– Howard Gray Threw some terrific dogs
Doug Scott– He gave me my first also Kerry a dog called customs best won at maribrynong
Howard Gray– Met Buck and his foreman Joe or John Hull? when Leo Pickard and I took our broodie Braentra Belle (Black Top x Call Me Susie) over to Newmore King to be served. I. remember Buck was really enthusiastic about the mating as Leo had imported Call Me Susie from Ireland and Buck liked the crosses of Champion Prince and The Grand Champion. Long story short there were several high class performers including our Invitation class sprinter Hoss Three in the litter.
Kerry Chalker– John Hull -good man with greyhounds
Howard Gray– Kerry Chalker Yeah wasn’t sure, it was a day or two ago. 😉
Doug Scott– Kerry Chalker such a funny man was john loved his humor
Kerry Chalker– Doug Scott Nice man was John
Shane Flower- Mum’s ruby
Kerry Chalker– Shane Flower Yep tremendous stayer
Jeff Collerson– I loved Buck. Thanks to him I met my wife to be Catherine in Paris in 1972 and in 2021 she remains the best winner I’ve ever backed, we have 4 kids & 2 grandchildren. Buck once imported a champion coursing bitch from Ireland called Killanahan who had never competed behind the mechanical lure. Crafty Buck set her for a maiden race up the straight at Wyong (NSW) where there were heaps of bookies and you could set for a stack. Because Killanahan had not won behind the mechanical lure she was eligible for a maiden race, despite being one of Ireland’s best coursing bitches. She bolted in and Buck destroyed the ring at Wyong! What memories. 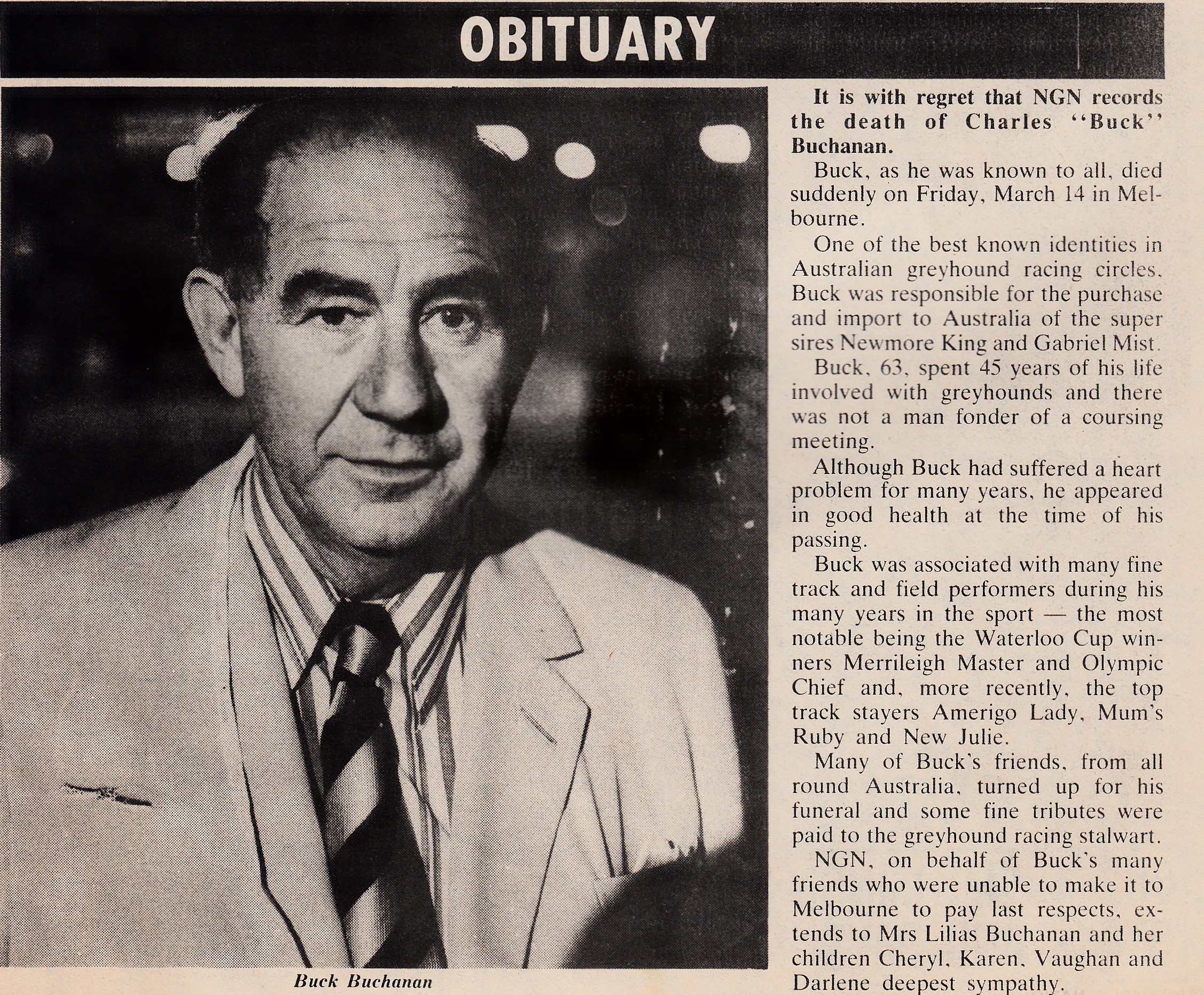 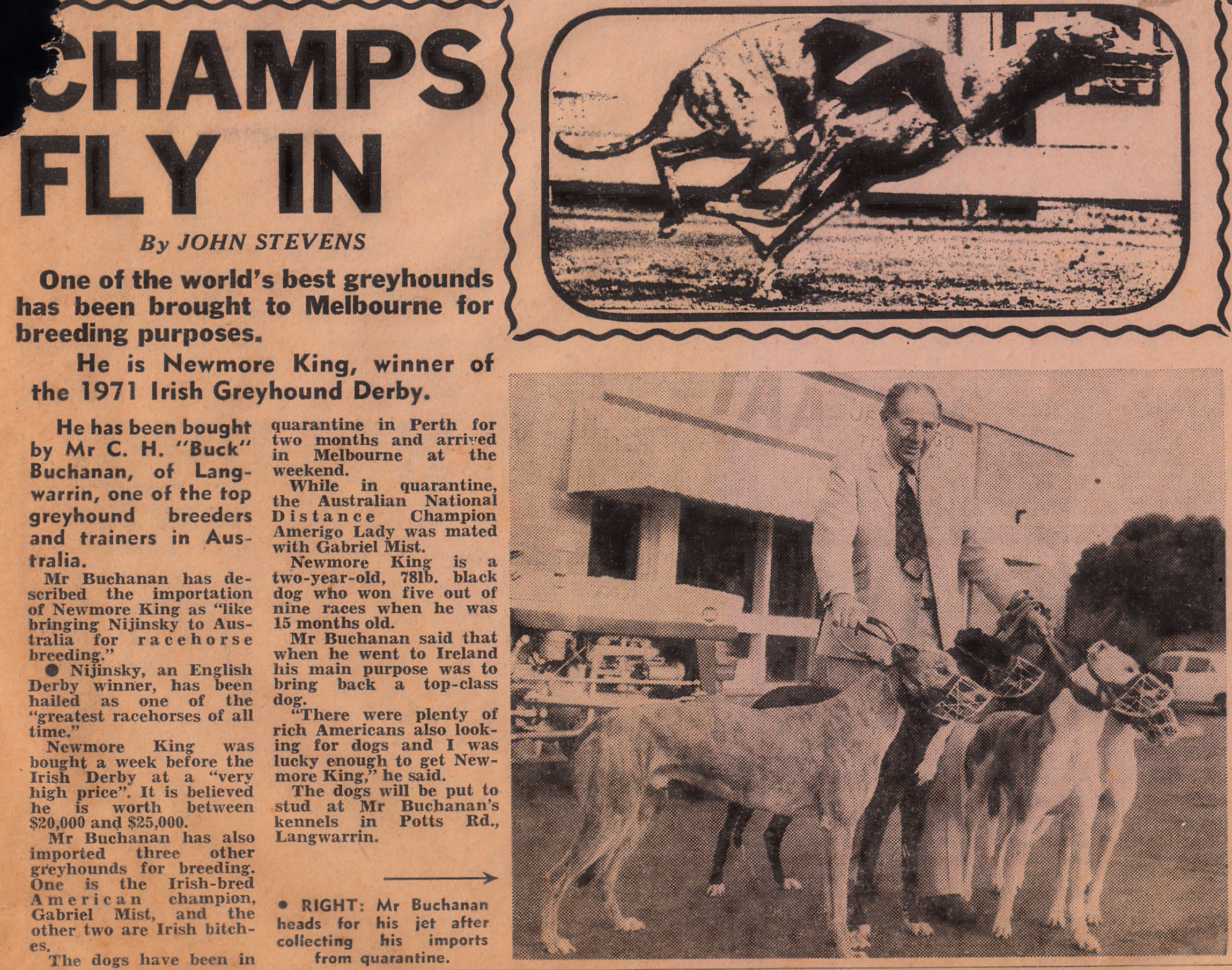