Member Jim Quinn asked if I had anything on Queensland champ of the middle 70’s Coorparoo Flyer. A March 1973 whelp by Solar Blaze from Crimplene. He was the 1975 Queensland Greyhound of the Year. Won the 1975 National Sprint Championship at Wentworth Park in 31.36. Finished third in the 1976 final at Sandown behind Clover Duke and ran fourth in the 1975 Melbourne Cup behind Dynamic Dean. I have included the full field of the 75 Sprint it was an outstanding line up.

John Lawson – Heres some information about Coorparoo Flyer was owned by June and Bill Fairhall and was trained by Paul Cauchi.His breeding was superb by Solar Blaze x Cripelene who was bred in the purple she was daugther Roman Earl x Fawn Mist which was a daughter of the champion Macareena owned by Len Taylor and Mrs Rita Izzard who bred Crimplene and Nice Judy and sold these two as pupies to Fairhalls when they resided in Muswellbrook before moving to Queensland latter in life with their bitches.Crimplene had exceptional litter mates one was Roman Lou who countless races every where ,won two races in one day one in track record time. Roman Lou was like her sister Crimplene who threw so many good dogs like All Design who won 50 odd races and went to stud. I was only young but new the Fairhalls and my dear friend Mrs Rita Izzard for many years .Anyone who speaks to the legend Jeff Collerson ask him about Mrs Izzard she was the first female to have a trainers lincence in NSW.
Jim Quinn – John Lawson For 1 run he was, but 99% of his career he was trained by Doug Smith and owned by Gloria Harris at Coorparoo in Brisbane hence his name, aunty Gloria actually won him as a pup, they lived on Cavindish Rd, I would walk him around the council… See more
Peter Dawson – John Lawson Hi was Kevin (Coolah) in the ownership of Macareena ? All Design what a fierce chaser. So many injuries.
John Lawson – Peter Dawson l dont think Kevin was in the ownership of Macareena. Len Taylor and Rita lzzard was Kevin lzzards mother lived in Coolah and moved to Scone to a property with their dogs. Kevin was a shearer and always lived Coolah right up to his death. Kevin owned and trained All Design a Smoother x Roman Lou dog who l think was given to him by Rita his mum. All Design was fierce chasing dog who won over 50 odd races every where and had blinding early speed. Some many good dogs where breed by Len Taylor and Rita Izzard. Len Taylor also owned and trained great Rocket Mac. 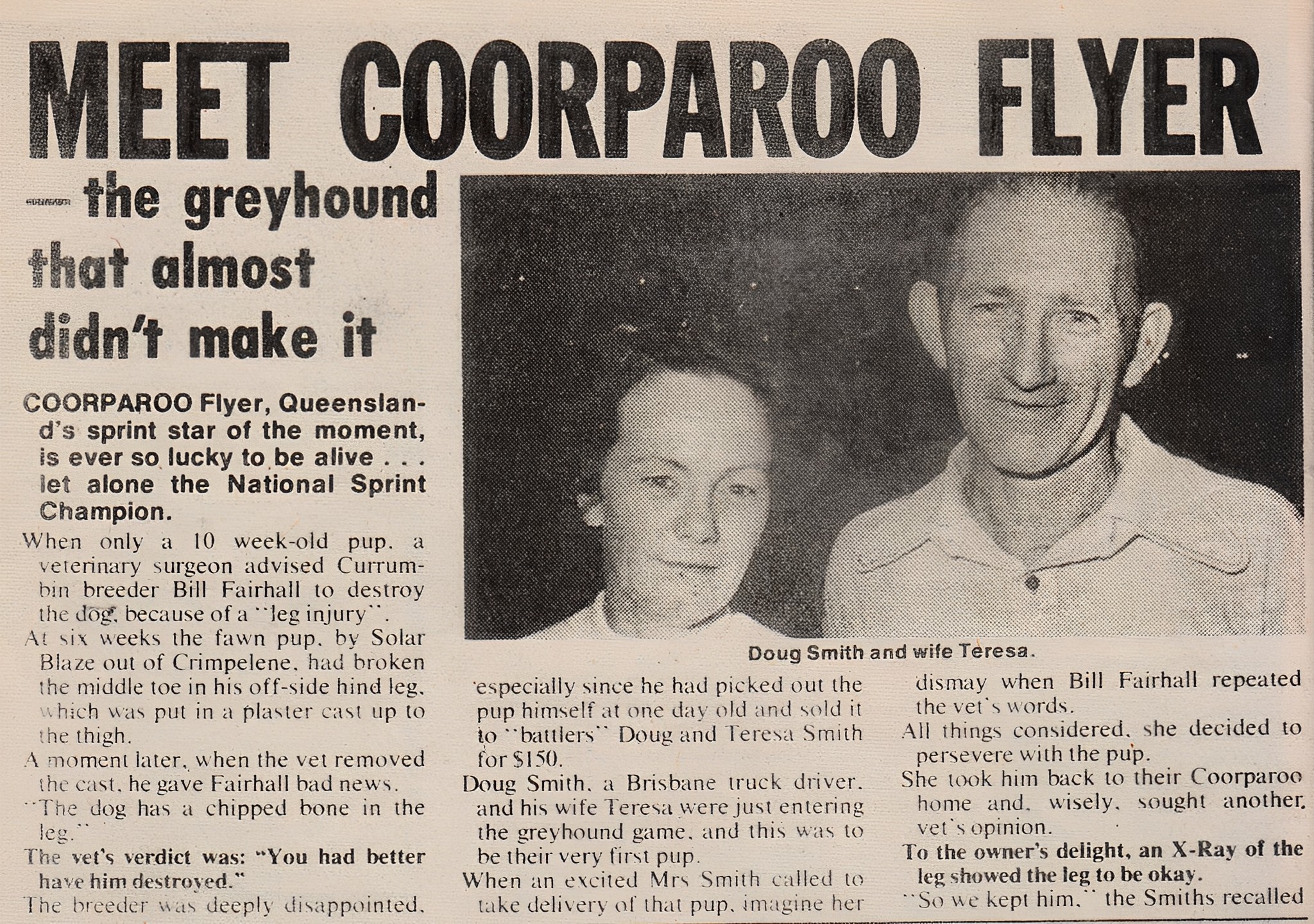 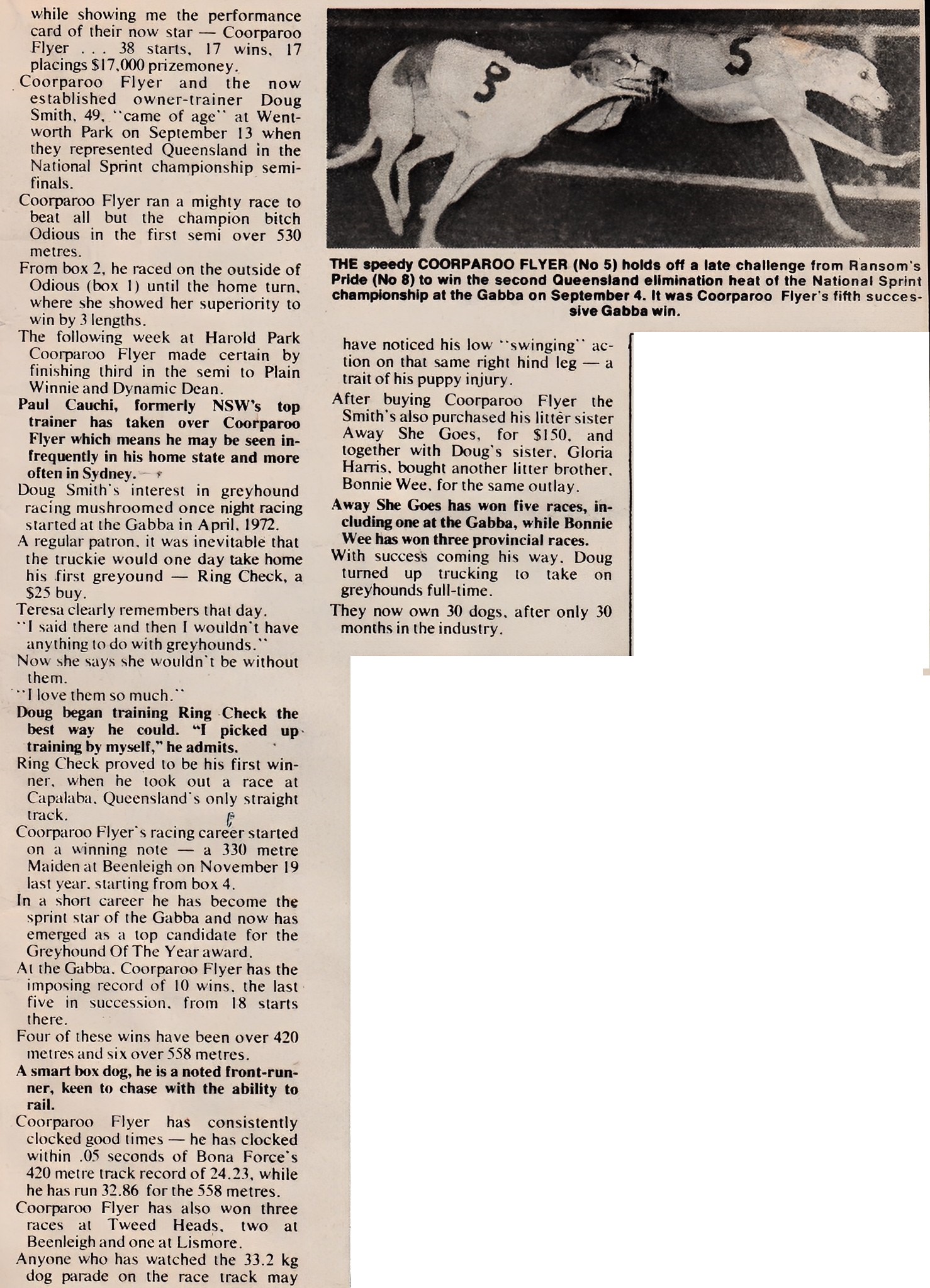 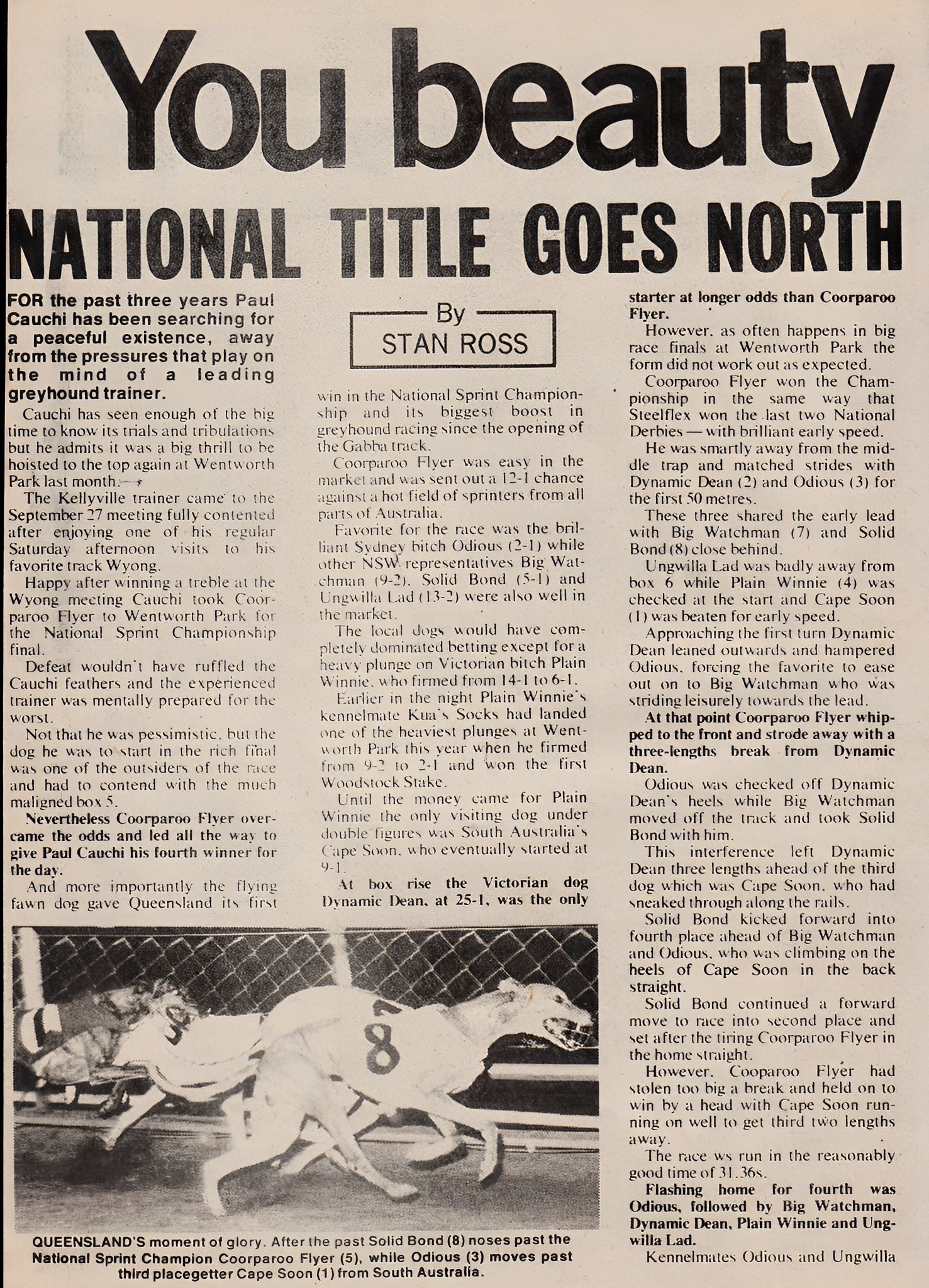 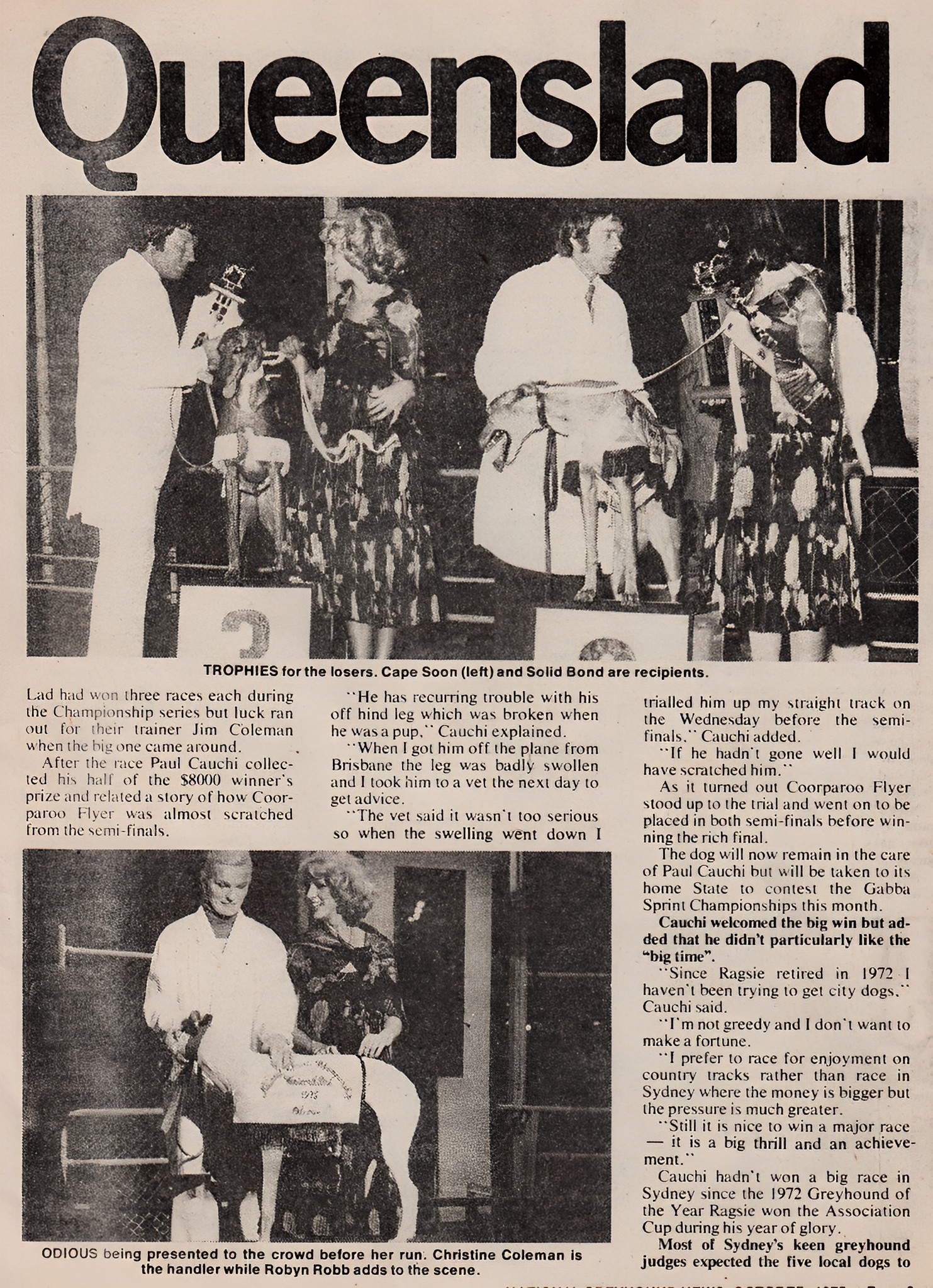 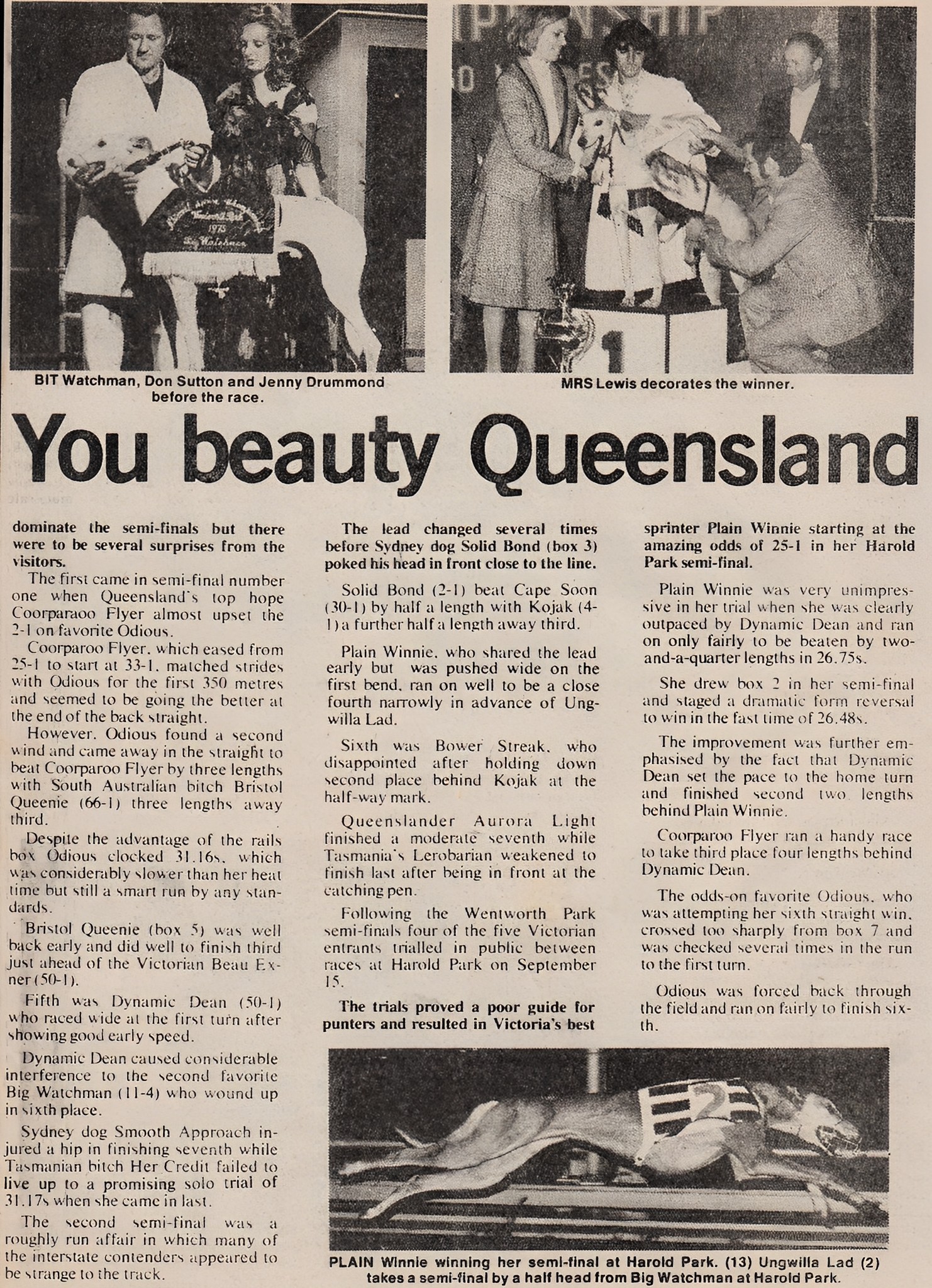 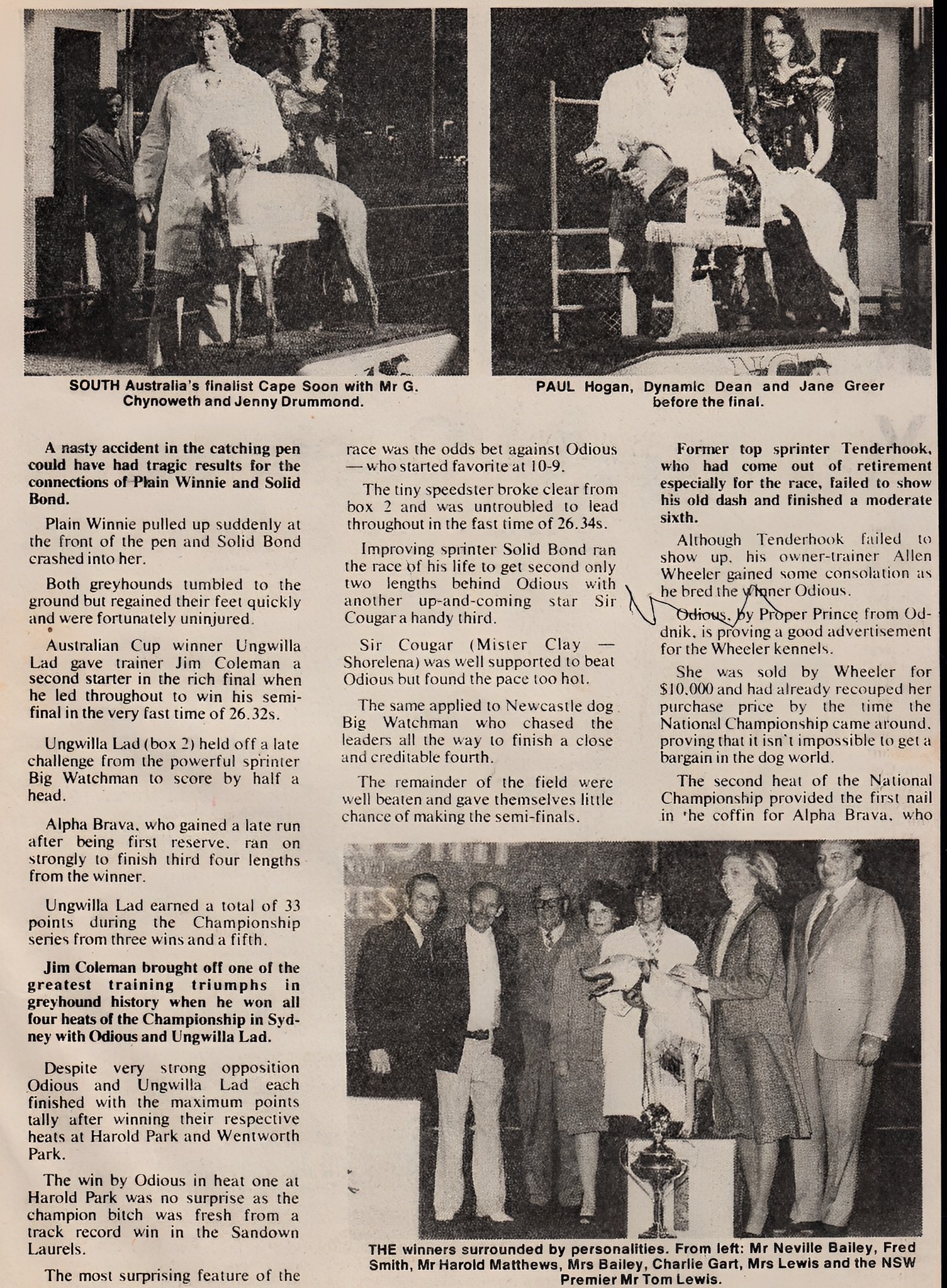 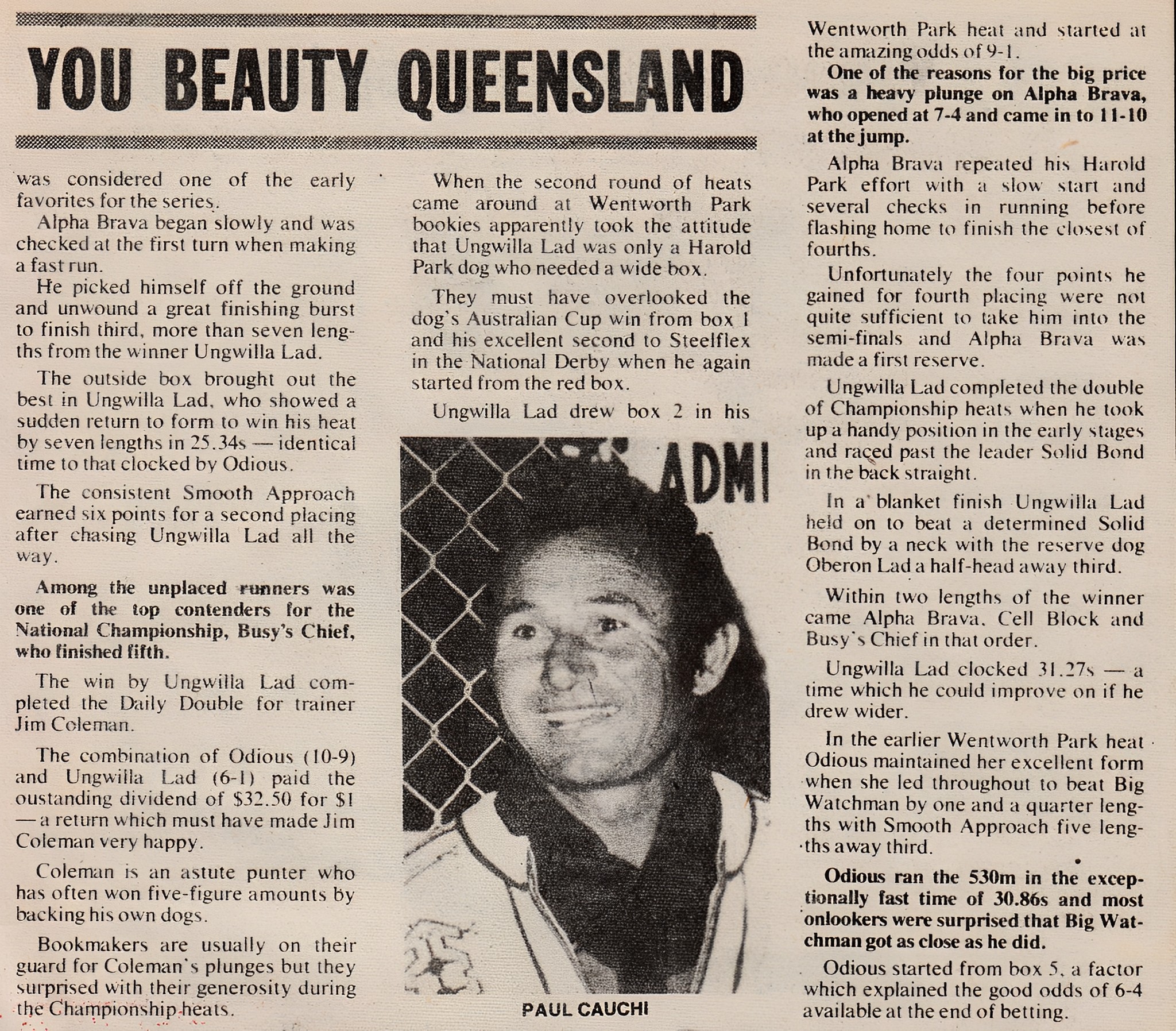 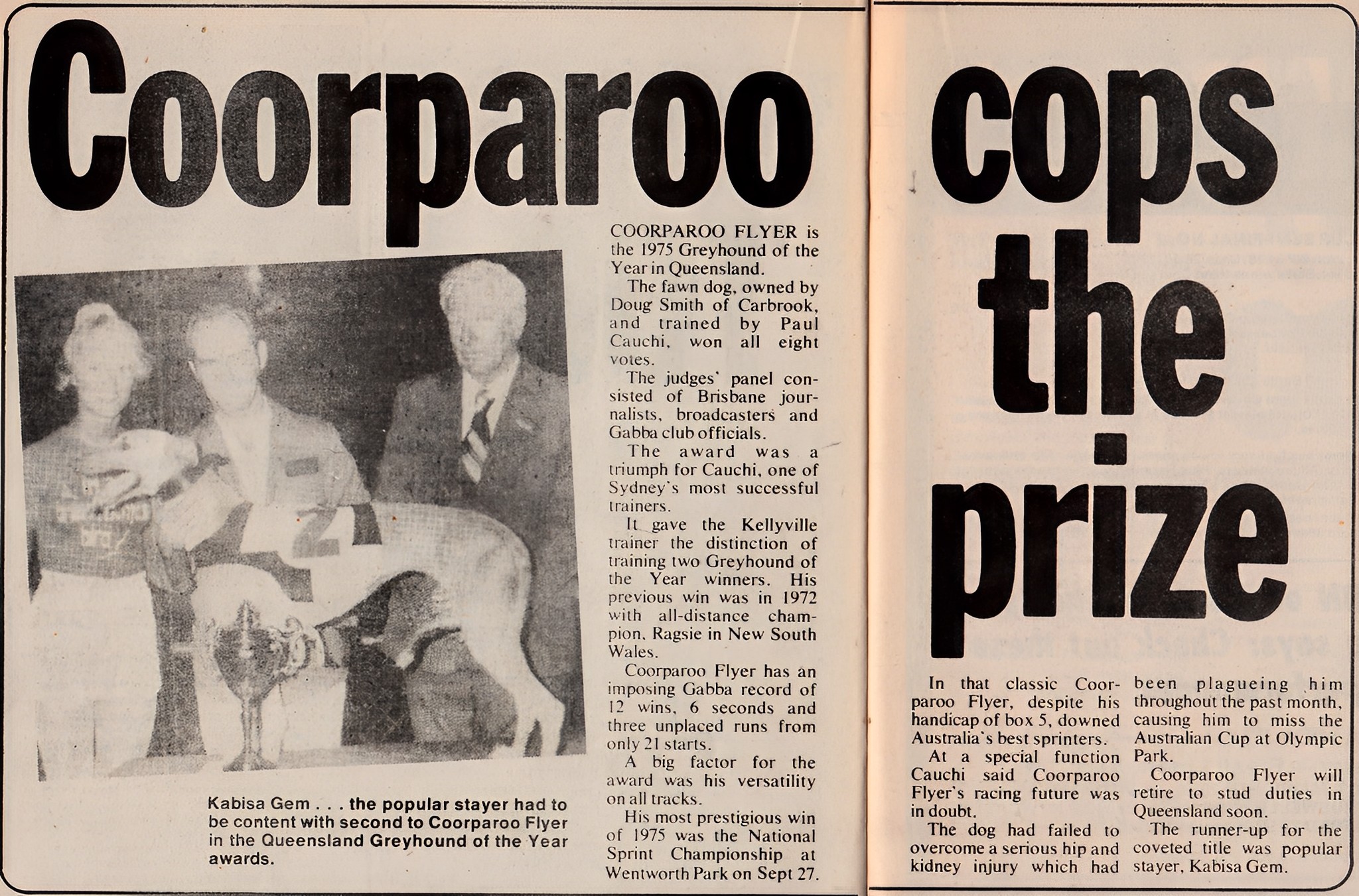 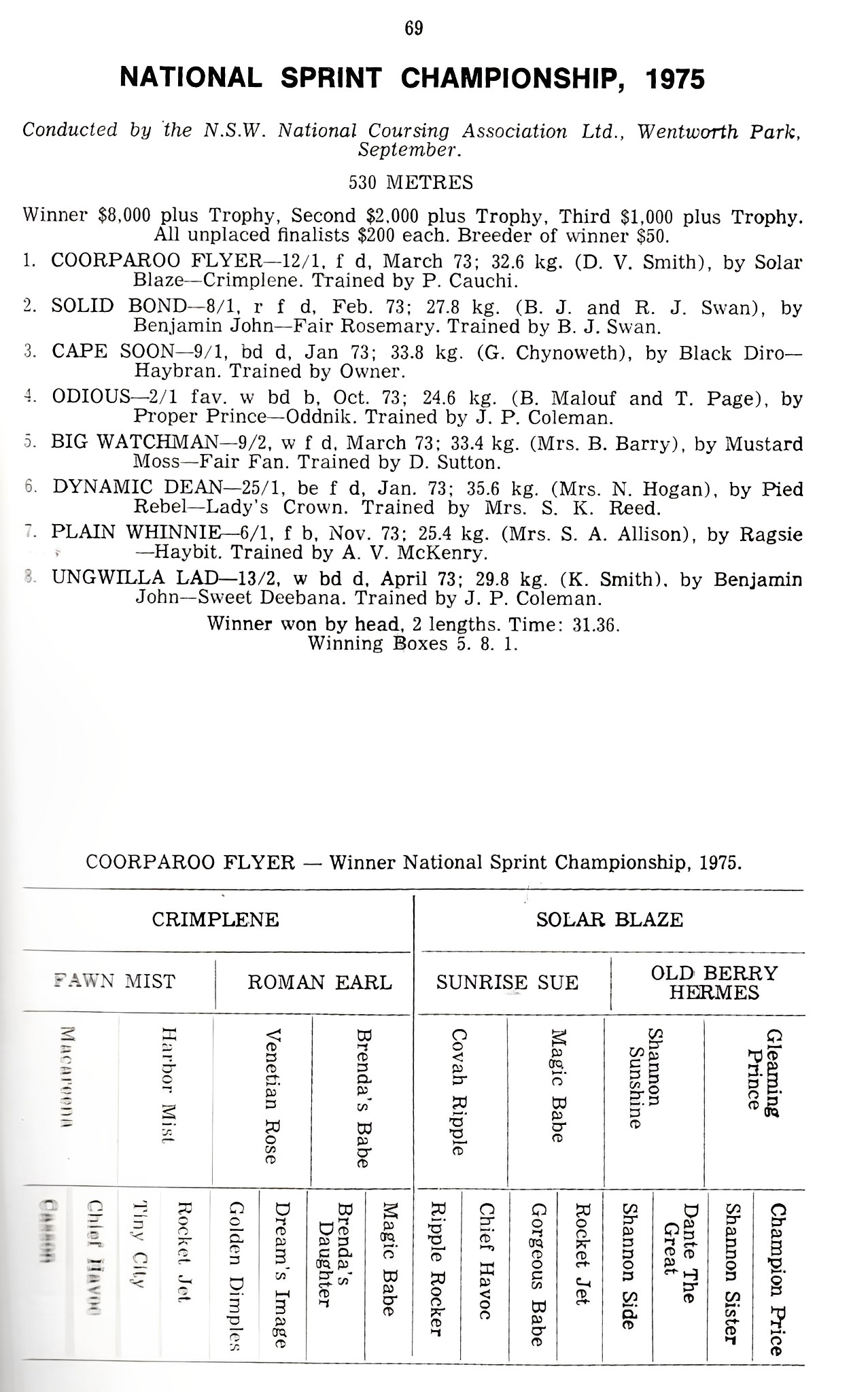 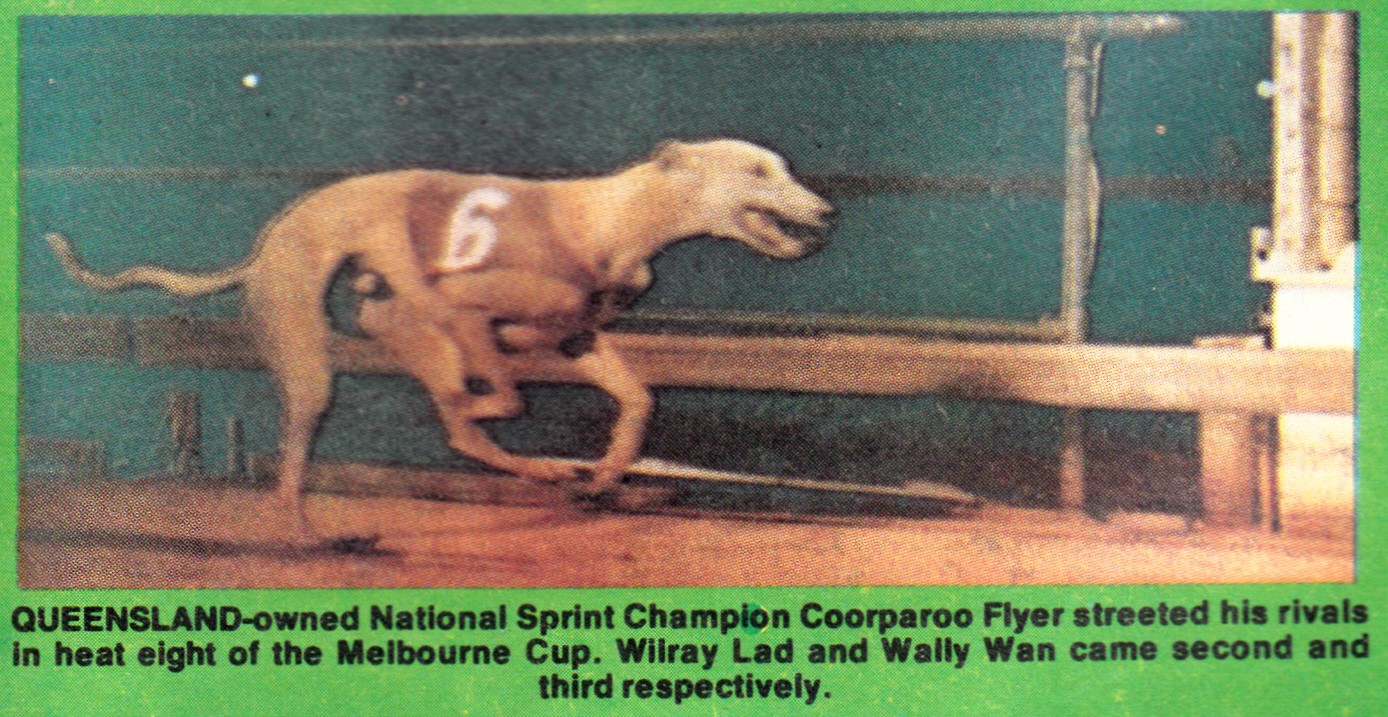