Some well-known heads here for an incredibly unique event the Duplex Cup of 1982. It was a combination of a Coursing event staged at Geelong and a race final at Ballarat. The winner was super coursing dog Chief Kruger for Ted Sallows. 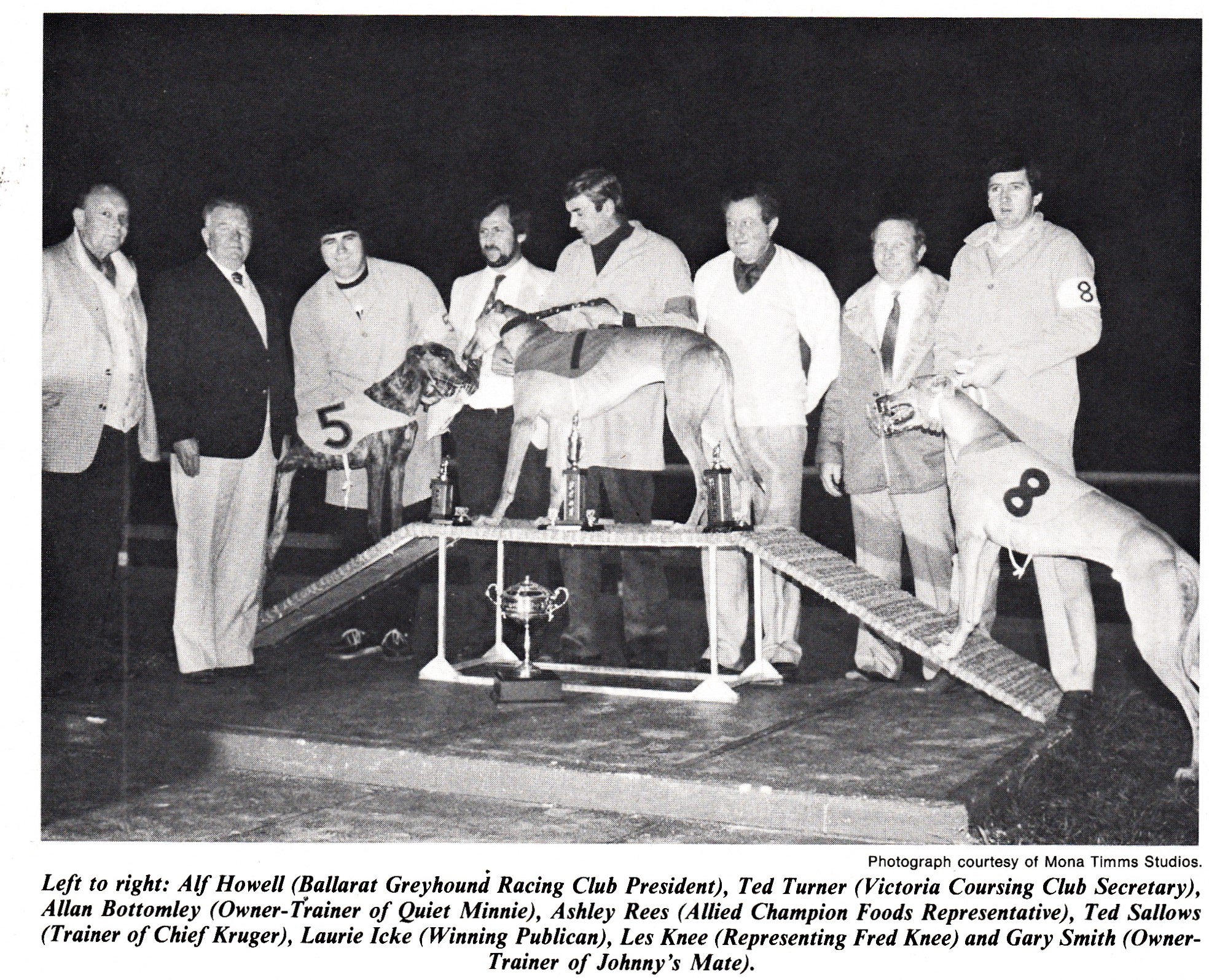 Mandy Scott – Lebinski won the first one
Marg Sallows– Chief Kruger went on to win the Waterloo Cup and was then sold to Ireland..
Heather Villinger– Coursing still conducts events whereby greyhounds win their way from a coursing event to a final at a race track. “Slips 2 Boxes” recently conducted Benalla to Shepparton and Lang Lang to Cranbourne. PS the clever punters watch dogs returning to the race track after a stint at coursing. As it does wonders for the greyhound’s fitness and confidence.