One of Kerry Chalker’s top class stayers was Empty Street he was sold to WA after his early racing in Victoria but Kerry along with mates Graham Ash, Gerry Bruin and Ron Edwards brought him back for $7000 and $300 air fare. He had won eight from 16 in Perth. In the astute care of Chalker he quickly re-paid the boys in the first three months stringing together a number wins including the CUB Cup at Sandown. The Mandurah Club invited Kerry and Empty Street to a match race over the 740 metres against local superstar Afro Freeway. They accepted but lower their colours to one of the best stayers ever to race in the West. Empty Street was 49 months old when he commended his second stint in Victoria injury curtailed his career he stood at stud but I am not sure if he left any above average performers. Perhaps Kerry could update.

Gary Smith – Monkey Jill was a very handy brood bitch 👍
Kerry Chalker – Ted was a lovely dog to train -used to just lope along to winning post first time then change gears -great strength
Being a stayer he didn’t get many bitches so sent him to friends in Tasmania
He went blind in his later years but was very well cared … See more
Michael Ash– Big win at Olympic Pk one night Kerry Chalker 18 lengths by memory
Kerry Chalker – It was Michael-we had a lot of joy with Ted. 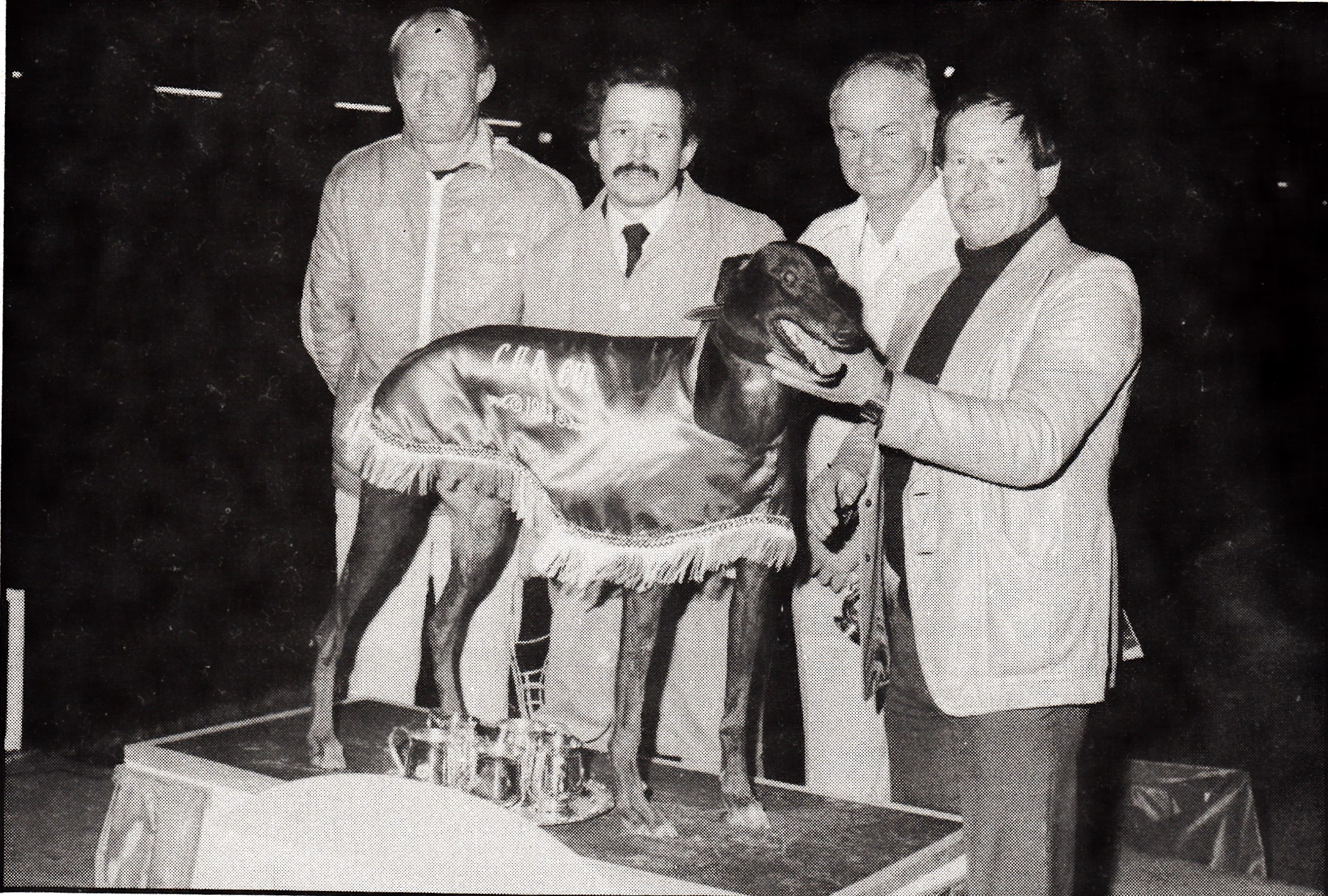 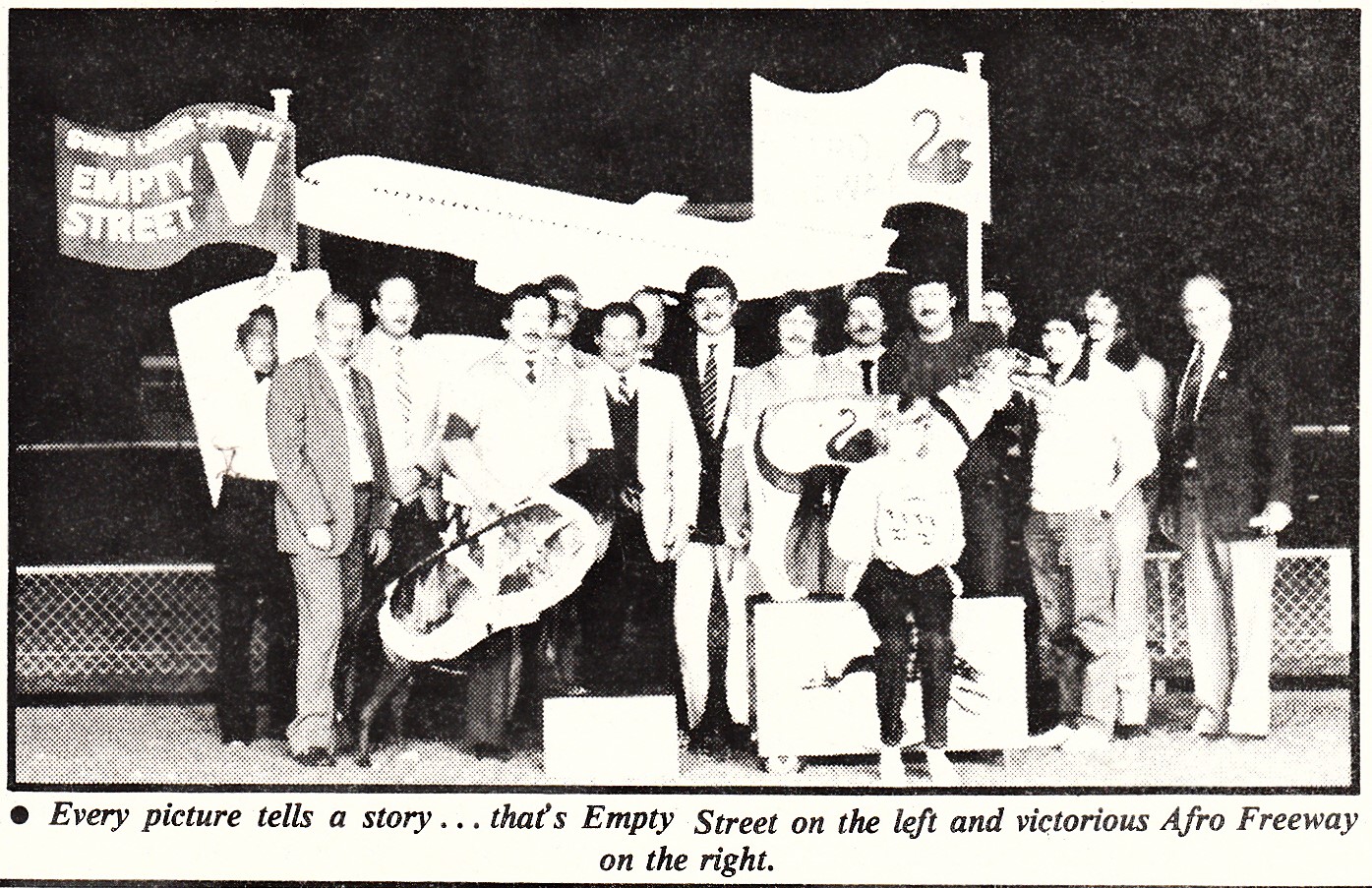 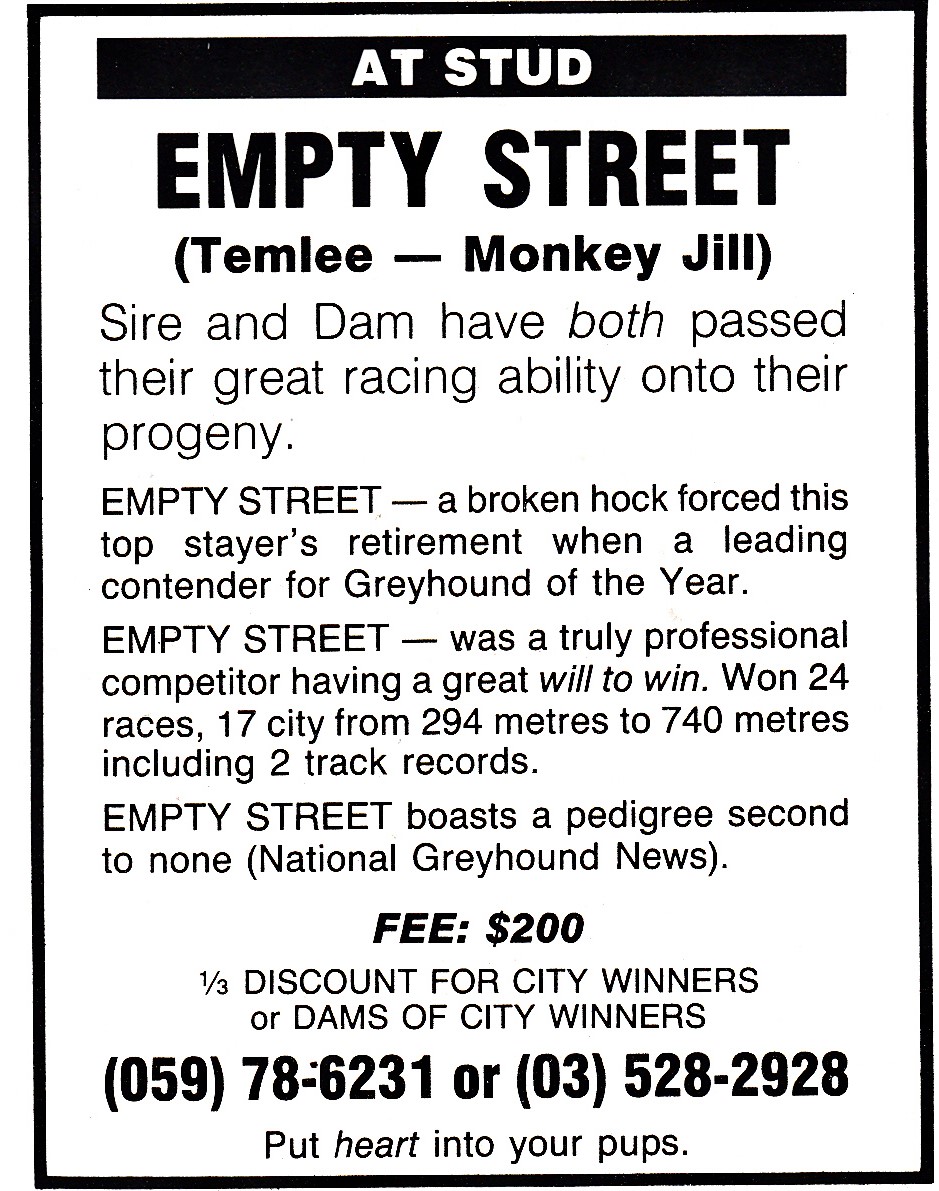 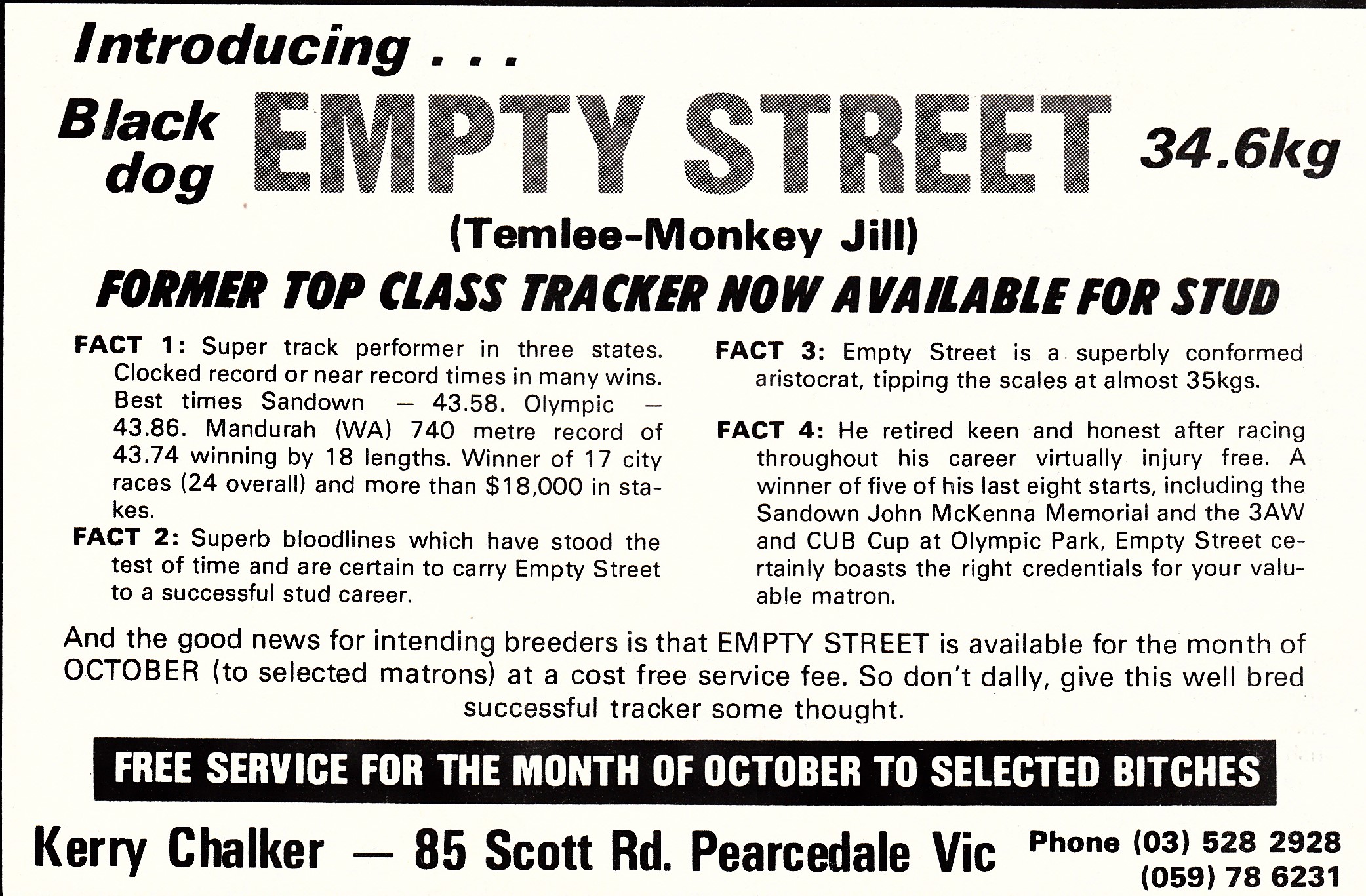