The end of grass at Wentworth Park June 1992. Some liked it some didn’t, one notable Paul Wheeler broke a two-year absence from the track to race there again. 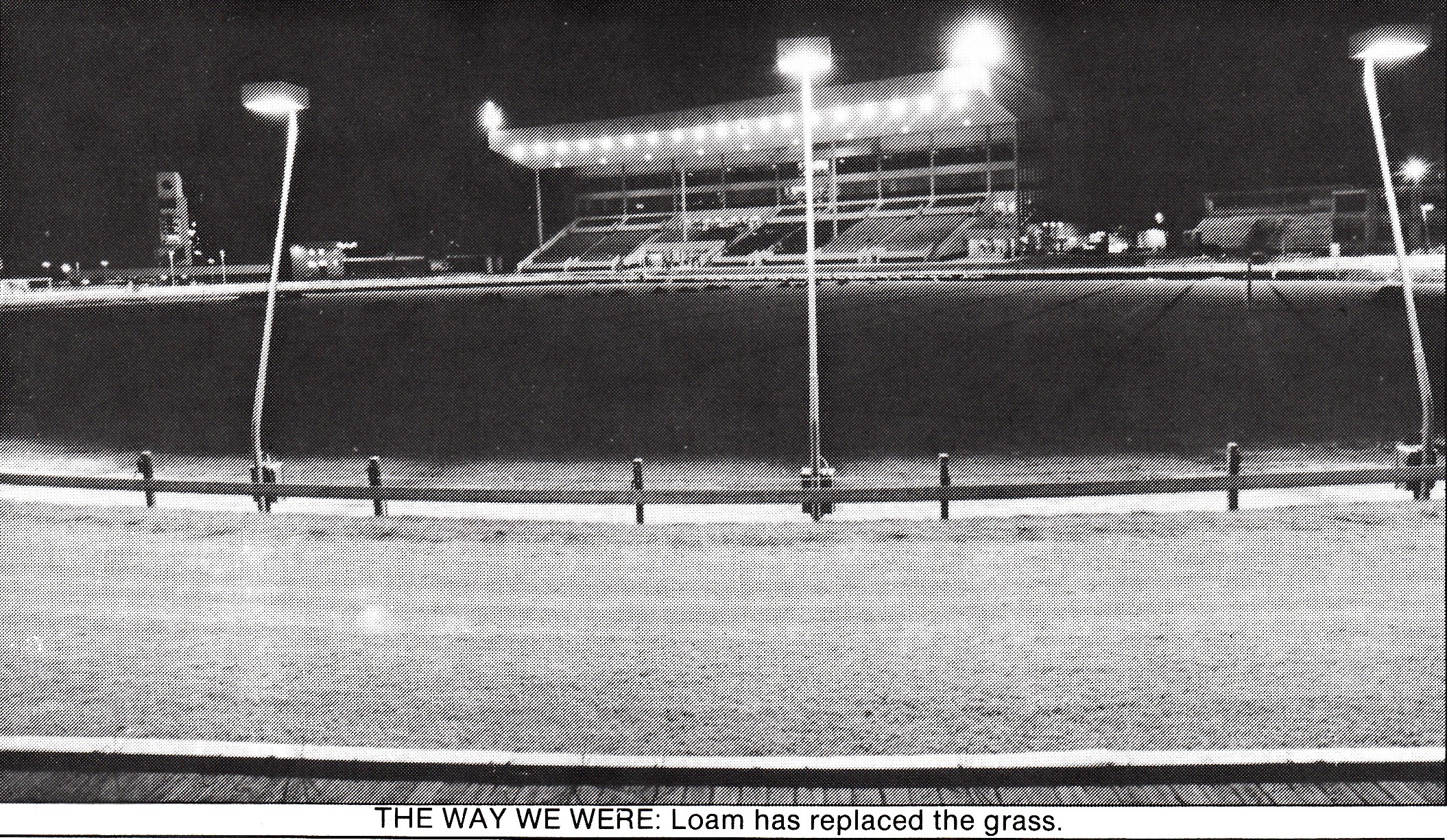 Based in Glebe, less than ten minutes from the centre of the Sydney CBD, Wentworth Park wasn’t always the state of the art greyhound facility it is today- in fact the land that the track is built on was once a swamp.
Back in the 1830s the area was known as Blackwattle Cove and between that time and the 1860s it endured the abuse of noxious industries that polluted it so much that the council lobbied to have the area filled in due to the stench that arose from the water and mud.
Work started to fill in the area in 1876 and continued for four years and after it was completed Trustees were appointed to manage the Park; named Wentworth after the politician of the same name. A very popular place, the Park boasted facilities such as sporting ovals, paths and lakes for Sydney-siders to enjoy a day out.
Throughout the 1880s and 90s Wentworth Park was used for many community events such as sport and concerts and it continued to be popular until a downturn in patronage attributed to the start of World War I. During this time the Park was still used for community functions, however its main use came with the introduction of Timber sheds which were used to store wool for the war effort.
In the early 20th century the construction of the wool sheds led to the removal of the northern sports ground and the lakes in 1910. It was during this time that the railway was run through the Park on the viaduct which then isolated the northern section of the Park.
After World War I, the trustees of the Park began to experience financial hardship. This led to the Park being utilised in different ways and many were tried such as a speedway, tin hare coursing and a fun park- however most of these ventures failed.
Greyhounds made their first appearance at Wentworth Park in 1932 and from that point onwards the facilities at the site started to support the sport.
During World War II Wentworth Park was used by the American Army as a camp and they remained on the site for the duration of the war. Like in the First World War, the majority of the remainder of the Park was used for Wool Stores which remained at the Park until it was re-landscaped in the 1950s.
In 1939 the trust entered a lease agreement with the National Coursing Association (NCA) in an effort to provide funding.
The 1970s saw large crowds attending the race meetings with the outer park utilised as a car park. The NCA undertook construction of a large grandstand at the site in the hopes that it would help support the expected expansion in patronage to the races.
By the mid 1980s the construction costs for the new grandstand had gotten so out of hand that a financial rescue package was provided by the Racecourse Development Fund.
Another consequence of this was that the NSW Government moved the NSW Greyhound Breeders Owners and Trainers Association (GBOTA) from Harold Park into Wentworth Park to run the complex jointly and to share the associated costs. When this happened the lease held by the NCA was terminated and the trust entered into a Licence Deed with the two racing associations.
The NCAs involvement at Wentworth Park ended after 75 years in November 2008 and they relocated their racing operation to Newcastle. The venue continues to this day with the GBOTA as the sole licensee.
In addition to greyhound racing, the Complex is also used for sports such as soccer and rugby league as well as functions and community events. The grandstand is also utilised outside of racing for things such as tertiary examinations while the upper levels of the grandstand have been fitted out as office accommodation since 1991 and are leased to educational, examination, testing and computer software development organisations as well as the GBOTA.