Howard Gray – Tassie gun trainer Butch Deverall’s champion marathon bitch Miss Coroneagh a close 2nd also a National Distance Championship finalist (4th) behind Bayroad Queen. Any stories on the Butch Deverall trained champion sprinter Big Moose Neil Brown ?
Neil Brown – Howard Gray – I will have a look I remember the dog big motor.
Dennis Huxley– Think I have mentioned before the rather stunned tone of Henry Harrison’s voice when he announced “and the 1982 Victorian Greyhound of the year is Flat Flyer.
I’m sure he, like myself, and a lot of people there thought it would be Picture This.
Checked with a few others from the media who voted and I won’t say who but someone had voted for Lone Voice – “because he was a stayer who also won a sprint race.”
After HH made the announcement I believe Gerry Robida had a rather strong verbal debate with one of the other media judges.
That was the last year the media were included in the judging panel.
Neil Brown – Well done Hucca I knew there had been controversy but couldn’t remember the details. We had a points system after that year and it didn’t work that well either. Stevo got the credit for that particularly after Highly Blessed got rolled in 91. The crunch came when Diama Blue the hurdle dog won. I was on the first panel back in 1995 under the guidance of David Mann a good bloke and Board member. I think it’s gone okay since. 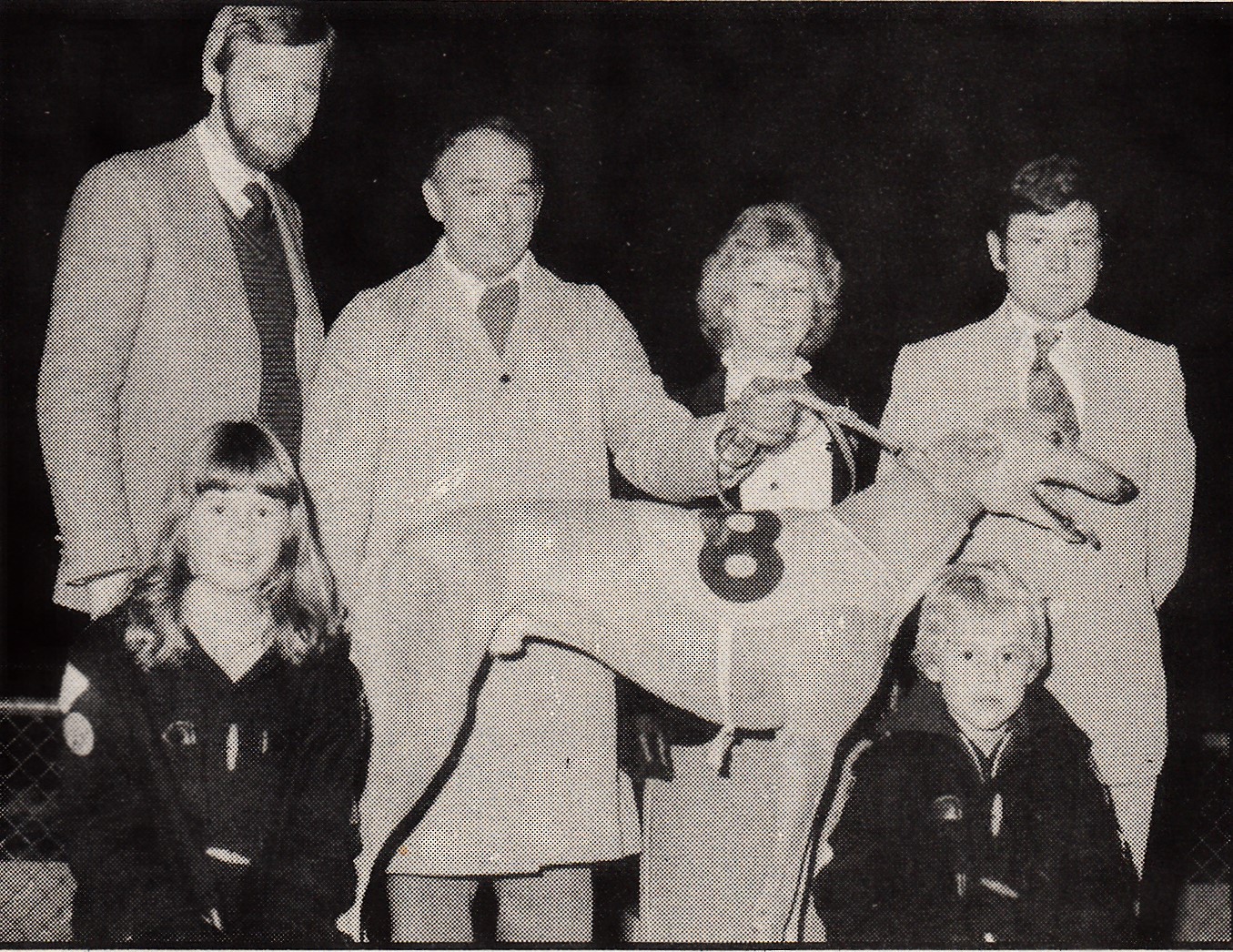 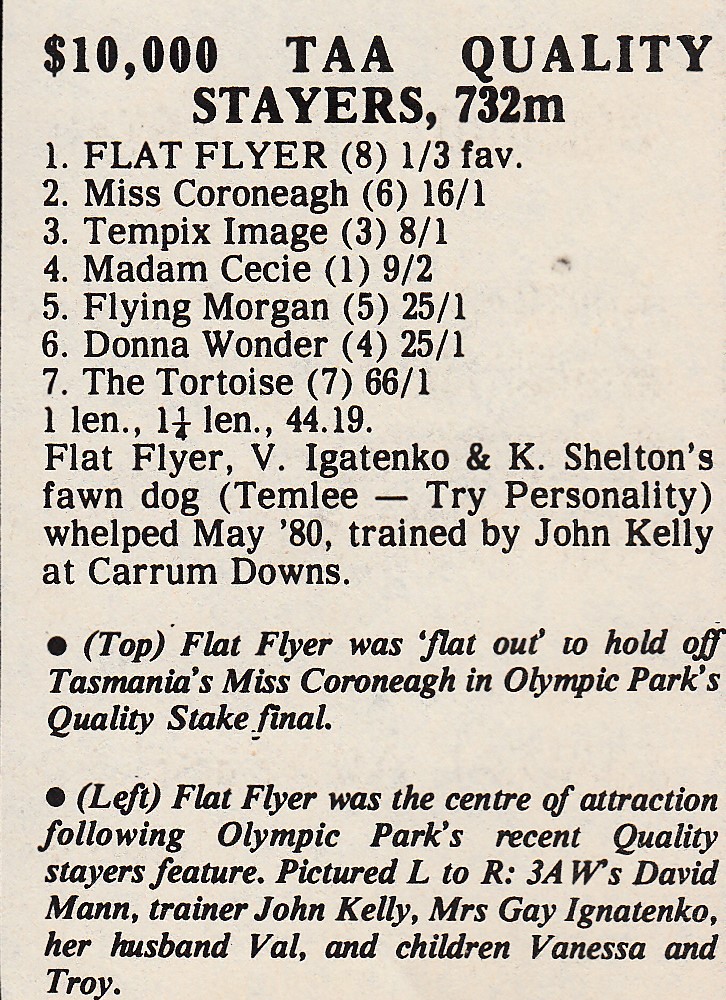 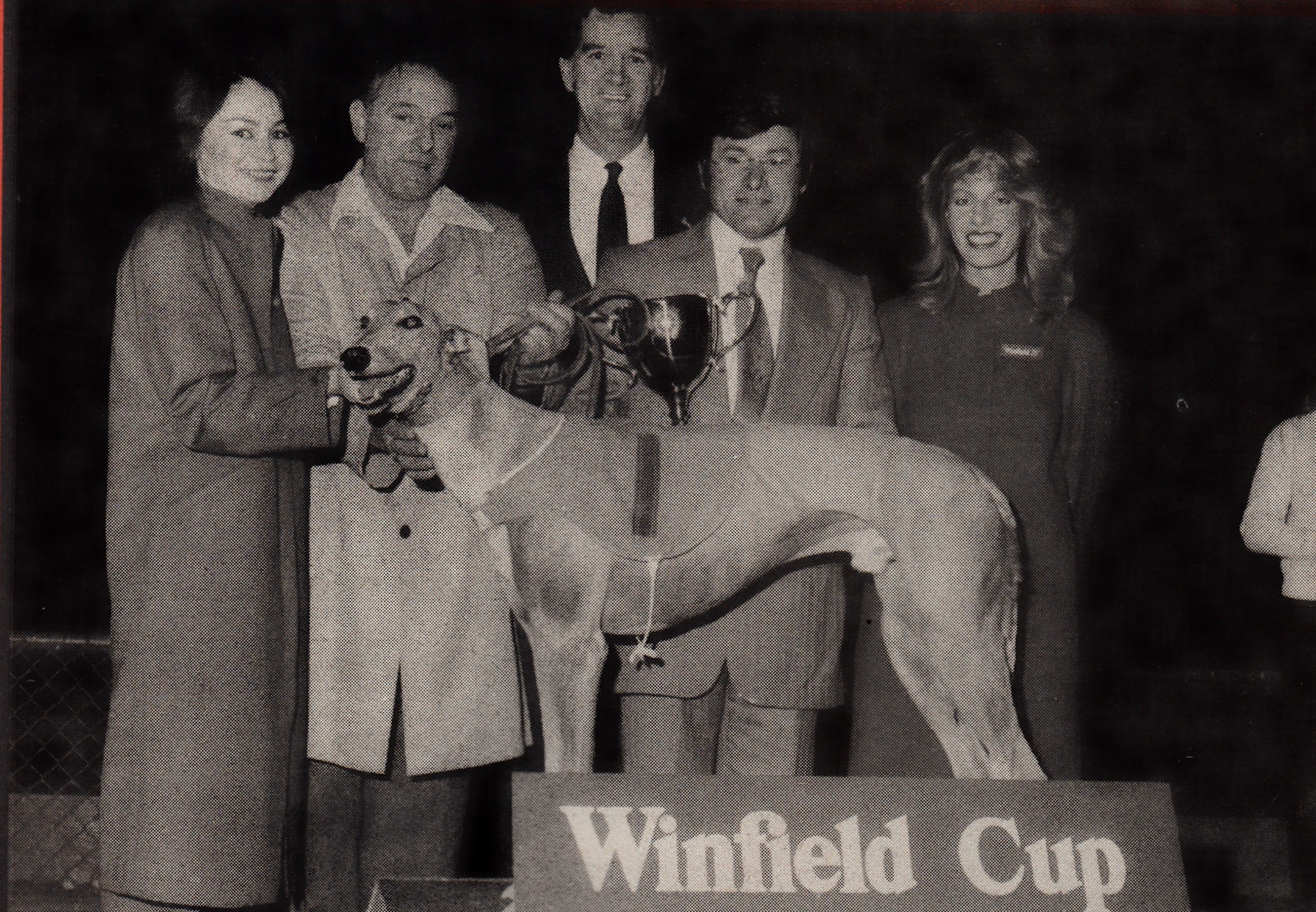