AGRA Hall of Famer Frank Kennedy (Inducted 2009)
Iconic New South Wales media figure during the halcyon days of Greyhound Racing in the 60’s and 70’s. Frank was a leading figure in the broadcasting of New South Wales greyhound racing for many years. The former champion boxer became a trainer and promoter before pioneering greyhound broadcasts on 2KA Katoomba in 1964. His replacement at 2KA was none other than AGRA Hall of Famer Paul Ambrosoli. Frank’s interest in greyhounds went back to his younger days when his father, Charlie trained greyhounds. Frank had fond memories of a dog his father raced called Happy Tanunda, a top class chaser in the 30’s. Happy Tanunda consistently raced in top grade and won his last race at Harold Park as a six-year-old. In one-year, Happy Tanunda won 536 pounds in prizemoney and was the leading stake winner. Happy Tanunda’s financial contribution to the Kennedy family was a blessing, as in those days a five-pound note was talked about but seldom seen by most people. Frank’s uncles, Bill and Ernie were both greyhound trainers putting a lead on many winners over the years. Bill Scully road on horseback as a judge at the live hare coursing in the late 20’s and was an active trainer into the 70’s. Frank Kennedy reached the top of his profession in the early 70’s at that stage of his career he was an in demand figure at race clubs, on Radio and Television. But his future had not always been so promising after many years of Boxing, boxing promotions and real estate. Frank came back to his first love, greyhound racing.
Colour photo is Graham McNeice with Anne Kennedy, Frank’s Daughter Paulette Gerard, Gary Wilson and his wife Norm in Perth at Frank’s induction. 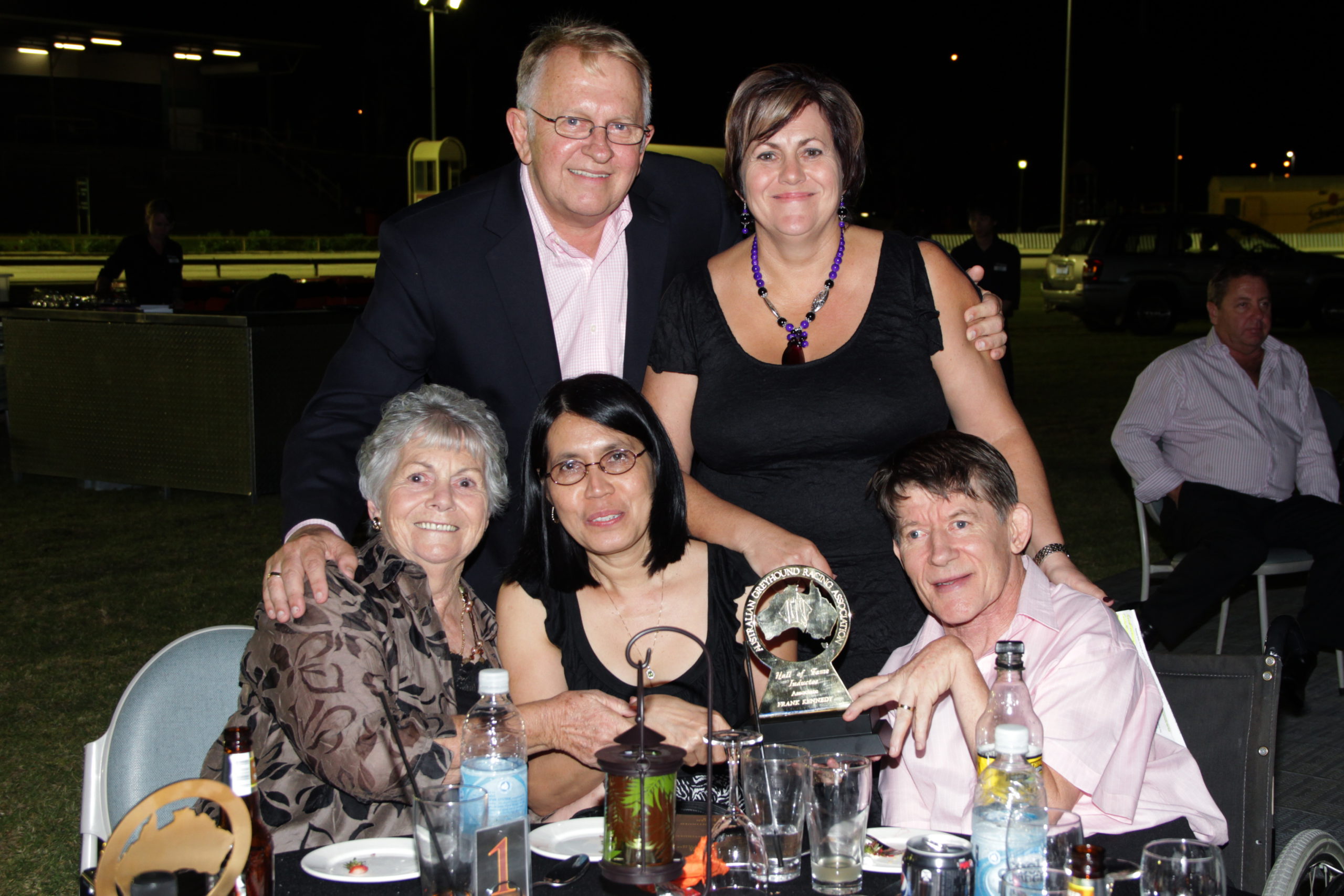 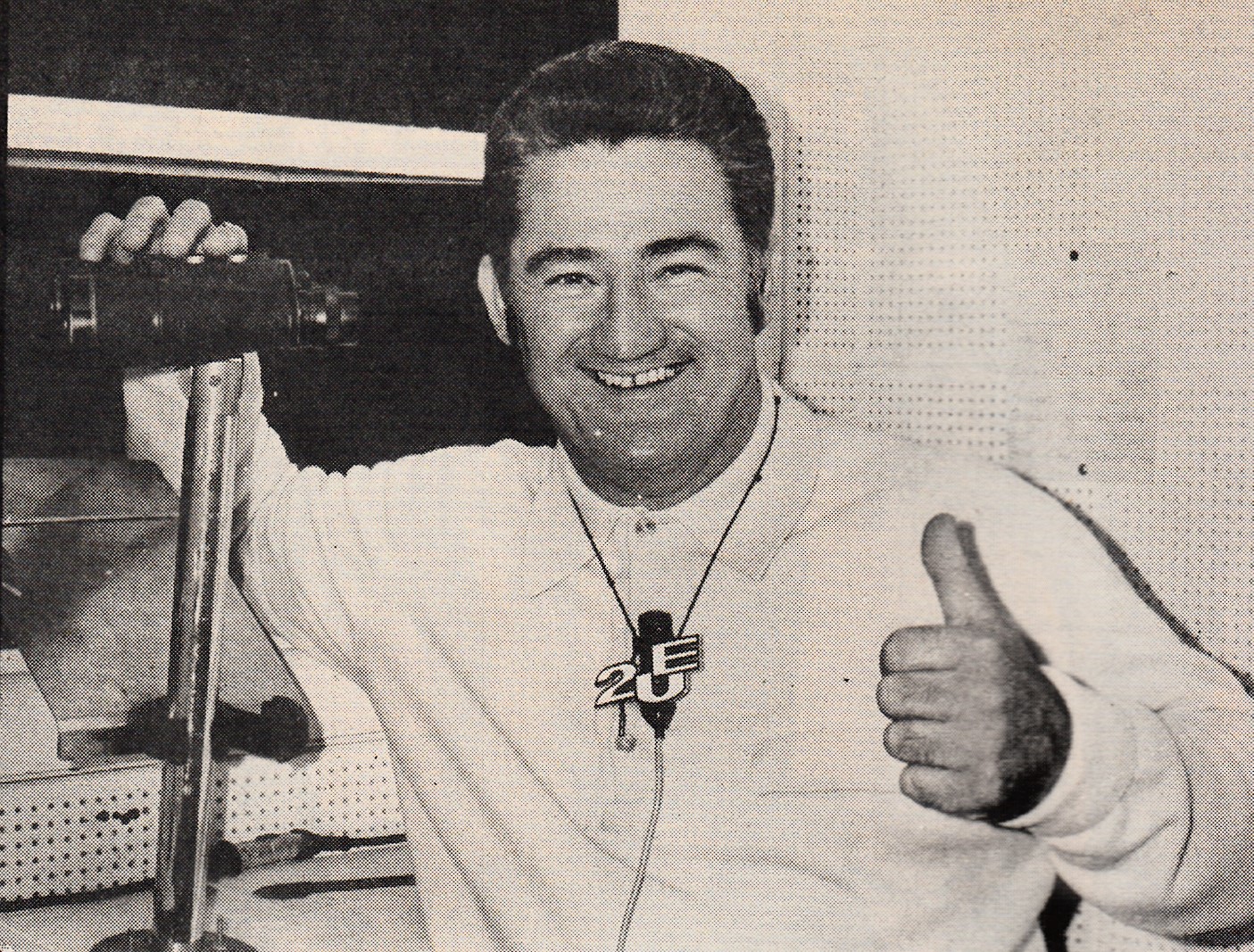 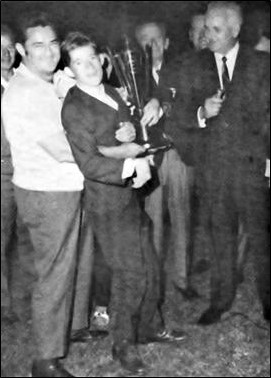 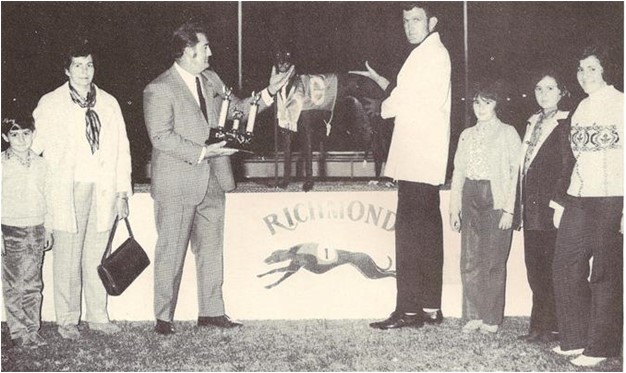 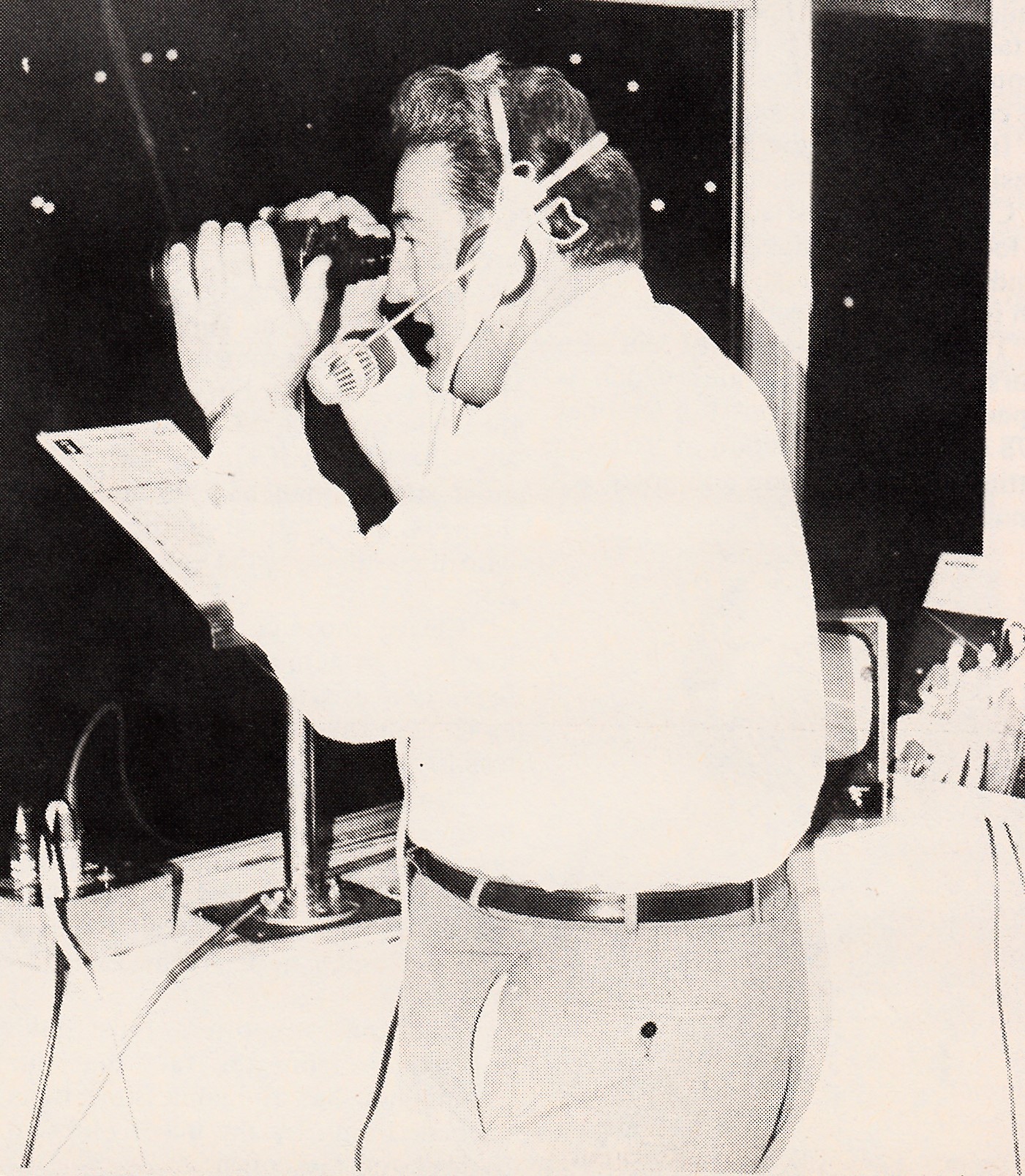