It was quite a hard job to stay in power as an administrator in Victoria. The Law from 1961 until 2001 was if you had turned 71 years of age you had to gain 75% of the membership vote at an annual meeting. The Labour Party abolished the age limit completely. Not even GCA and Victorian Hall of Famer the late Henry Harrison got more than 75% once he turned 71. 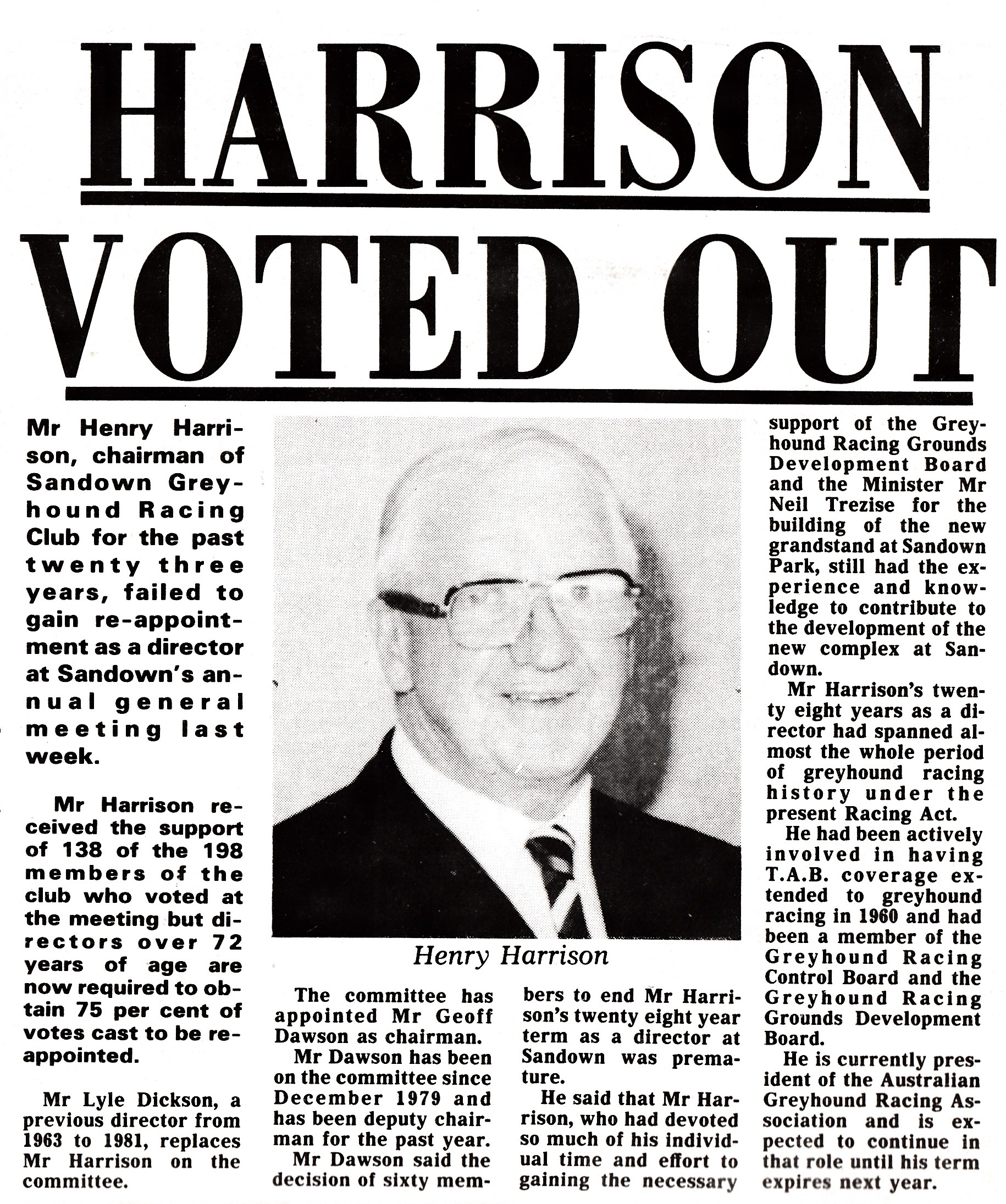