Hotshot what a fast dog he was, trained by Jimmy Redenbach. Jim has been a leading trainer in Victoria for many, many years. Just some of the handy dogs he has put the polish on that come to mind are Shadale, Shimaguni her dam Messines and current kennel stars Whatever I Say and Riccarton Rick, there’s a heap more. A dyed in the wool Collingwood man Jimmy’s got plenty of winners to come.

Eddie Caruana – Has been a very good trainer with a great strike rate for many years. I still remember he wasn’t keen to go to Perth with Hotshot for the National championship. I think he finished up running second from memory.
Jeff Collerson- When Jimmy was bringing Shimaguni to Sydney for a big race he phoned me to express his concern that he had not heard from the fellow who was to pick him up from the airport and host him & the dog. I asked who it was and he said “someone called Mickey Traino” I replied, “relax, if Mickey said he will be there don’t worry.” When I saw them together at WP on the night of the Cup heats, Jimmy said “you’re right about this bloke, what a gentleman, and his missus is a sensational cook, don’t think I want to go home.”
Carmel Roff– The dog that ran second Mercedes was by Worthy Reward x Pretty Queen. He held the Border Park 520m record for years and was trained by Leonie Finster who was a vet in Beaudesert. 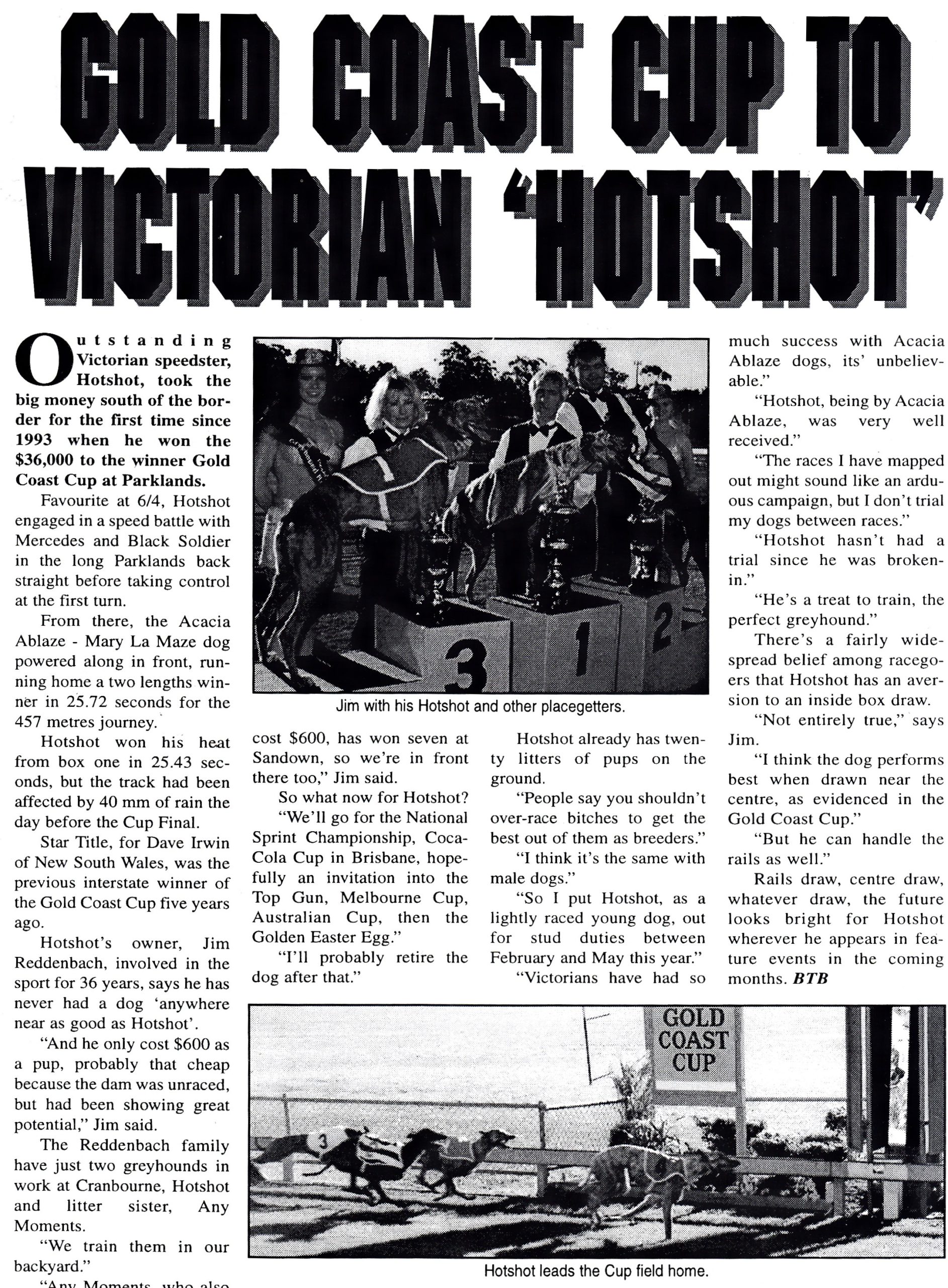