One of the great personalities of Greyhound Racing I have had the privilege to know was the late Jack Bell. Jack was a long-time treasurer of the New South Wales NCA he was a director for 38 years. He became involved in the sport at age 11 in 1925. I didn’t get to know him well until he was in his middle 80’s. A real raconteur Jack could regale stories of our industry at will and did so to whoever would listen. He told me he lived and worked near Mascot before the Airport was built. Jack always came to the Nationals with the NCA boys right up until we lost him in 2014 at age 100. AGRA would always allow Jack to address the Annual Meeting each year on some topic of relevance or in most cases non relevance, we just let him speak because he wanted to. With a rotating Chair not all the incoming Chairs were quite up with the history of the industry one such female Chair a South Australian asked me why we let Jack address the meeting. My reply was “He is 94 and turns up every year”. When we inducted 1900’s Coursing legend Sam Bladdon into the AGRA Hall Of Fame we asked Jack to accept the Award because Jack’s father had trained against Sam during the early 1900’s. Only problem was Jack won’t leave the stage I think I asked him to wrap up it up three times, but he continued. Jack’s involvement in Greyhound Racing spanned 83 years he won a Derby in 1939 with Halevy first prize was 200 pound he borrowed another 1000 pound and built the home pictured in Rosebery NSW in the first year of his marriage 1940. Yes, Jack Bell was a unique character and a lovely bloke. Here is a photo of Jack with his late wife Dulcie and Mick Abbott. 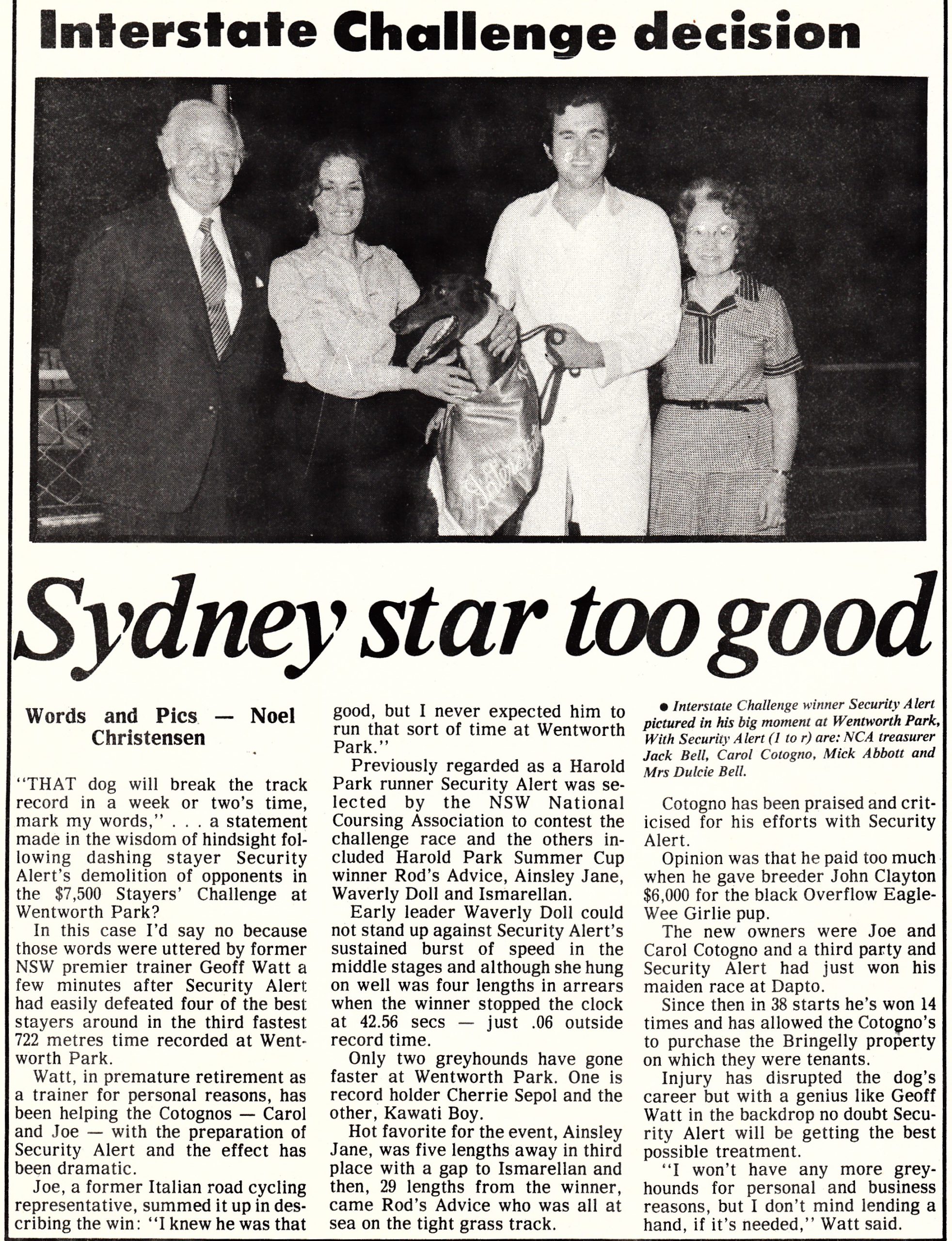 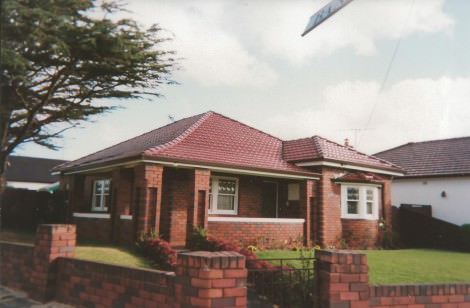