Jamella Prince (Malawi’s Prince x Bindari Fox) trained by David Croswell. 33 starts 22 wins and seven placings $75,521. Won the 1999 Silver Chief. He best a class field including Moonamble Law, Bendon Boy and down the track were stars like Jones Junior and Clearwater Boy. Only produced 10 litters for 31 pups in Australia before Victorian-based Stud Master Geoff Parnaby approached owner Dave Booth with a $40,000 offer for Jamella Prince to go to stud in Ireland, the deal was signed. Parnaby will also be remembered for negotiating the sale to Ireland of stud greats Top Honcho and Frightful Flash.
He went off to Droopys Stud, the leading stud farm in Ireland and started producing Group 1 winners. His daughters did the same.
He is listed as having produced 2590 offspring. The Stud ad is from the English Greyhound Monthly. 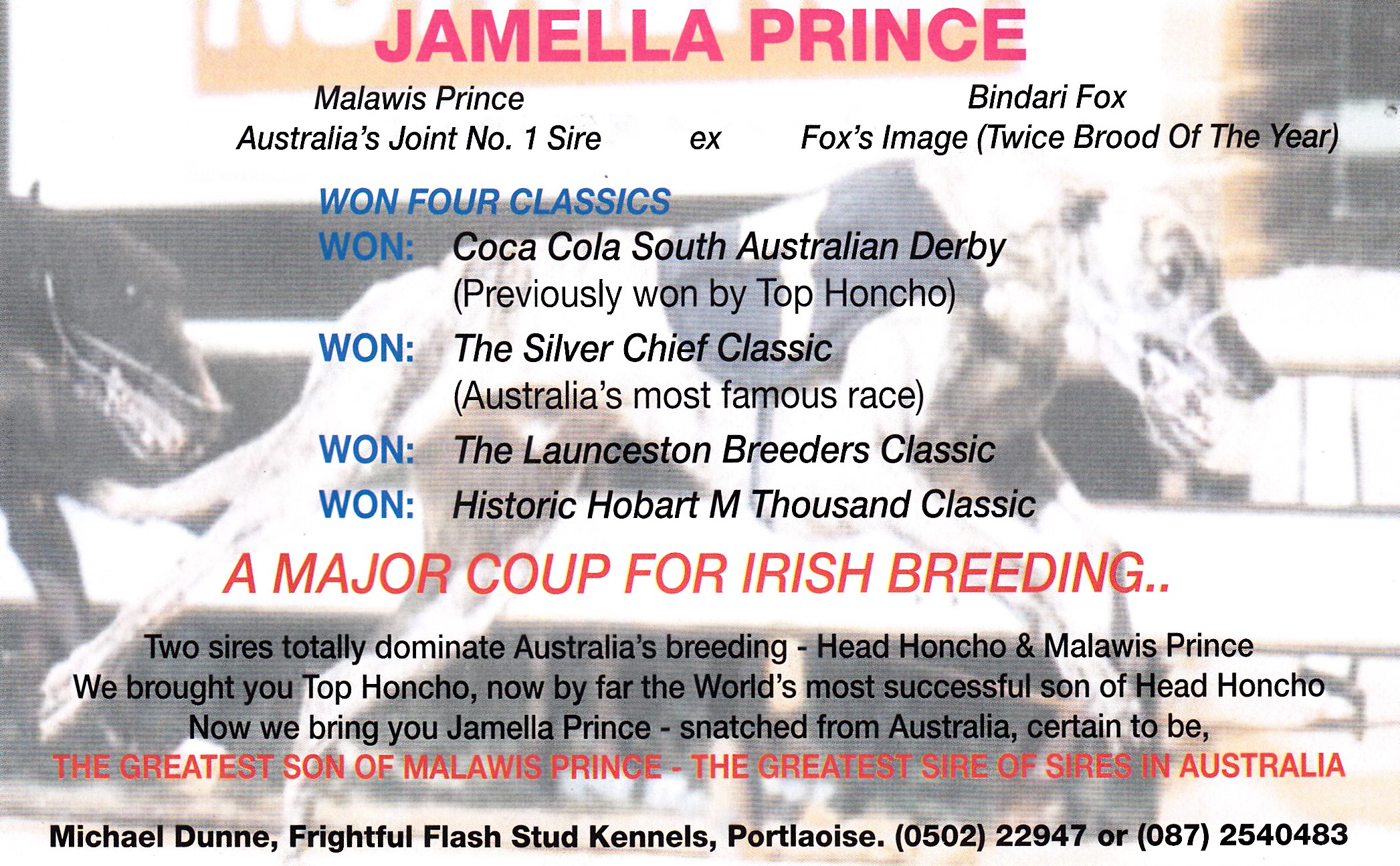