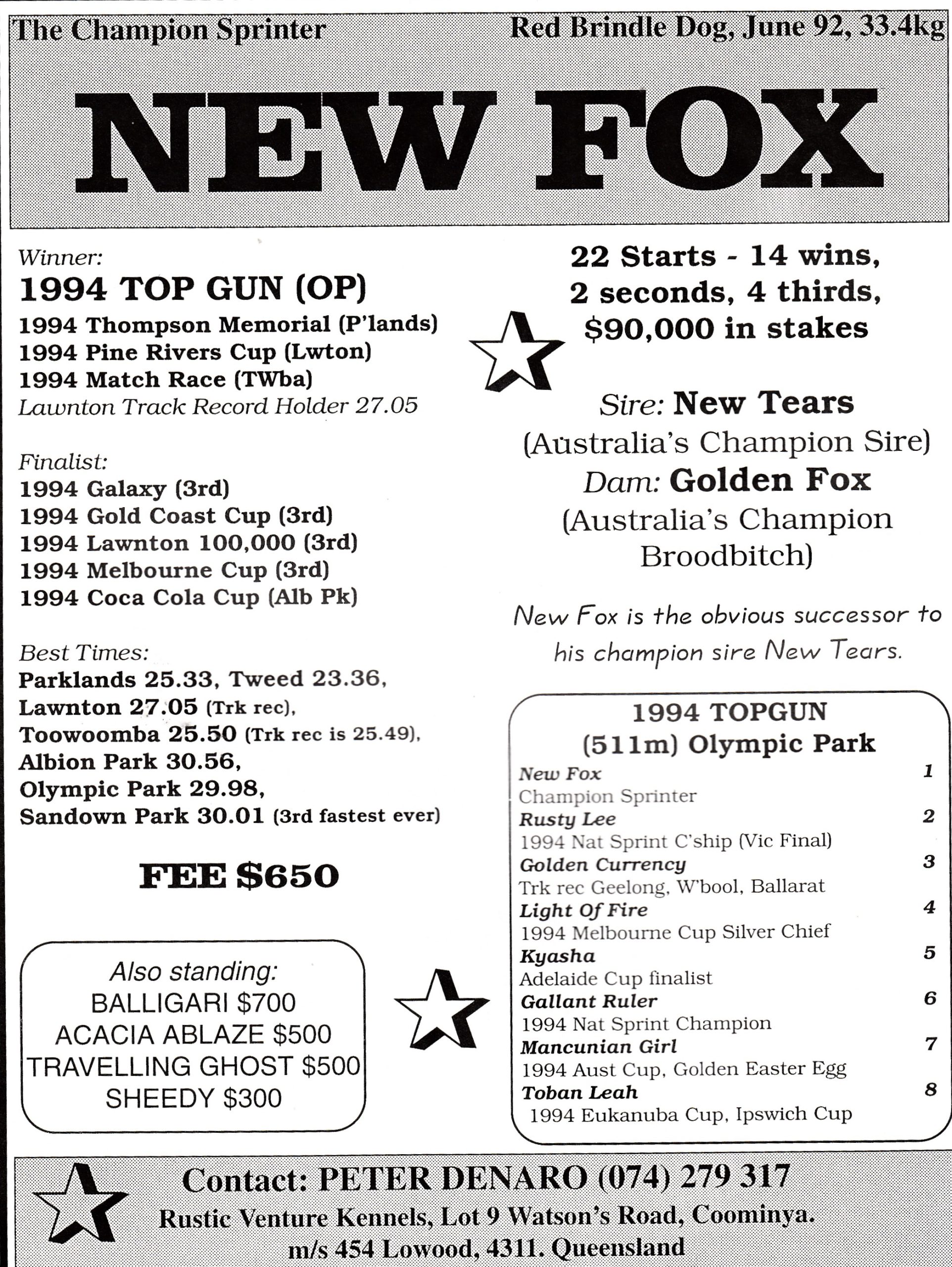 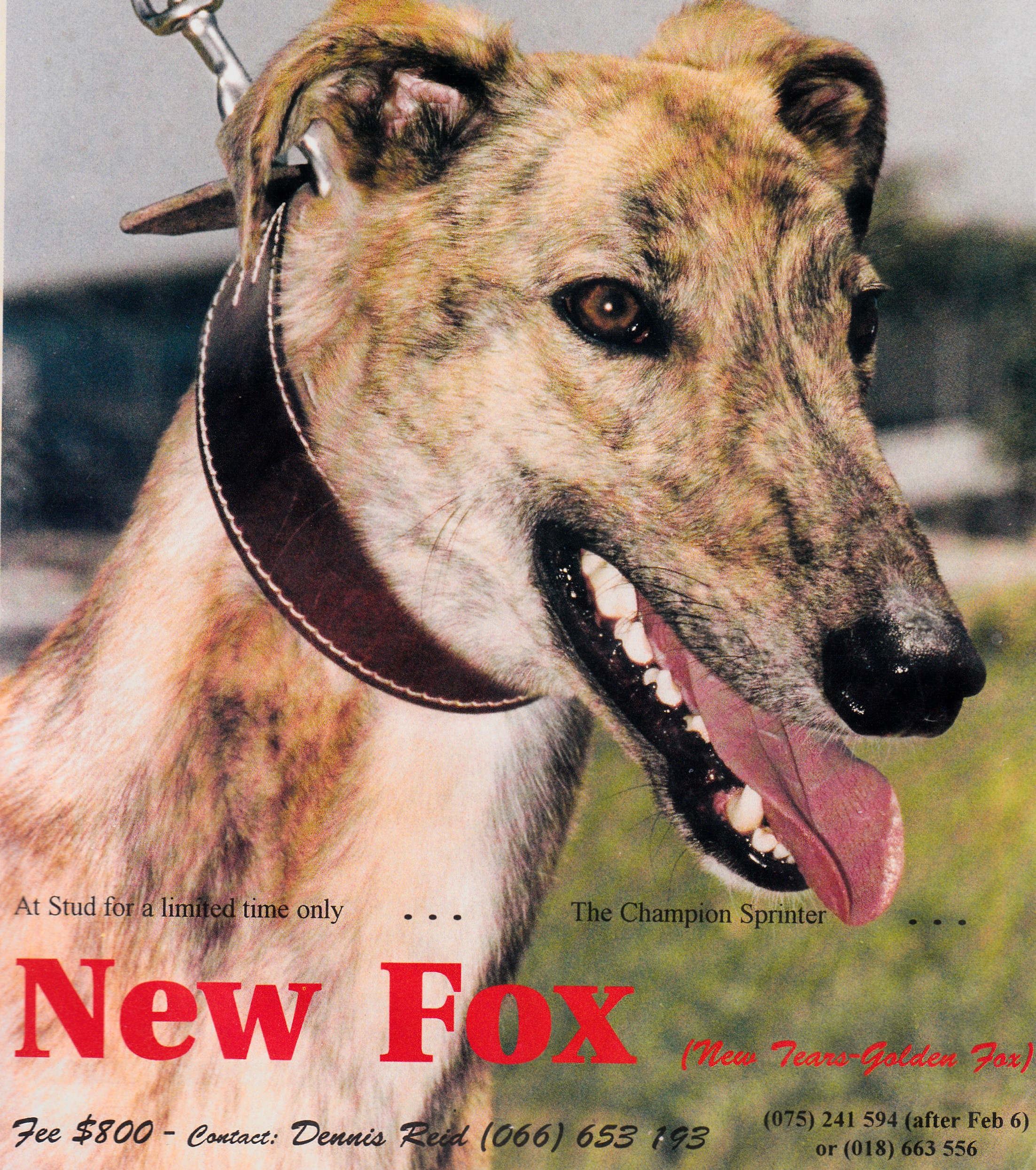 Kerry Chalker remarked – He even had a bottle of port dedicated to him when he was greyhound of the year -was a really good story of where he came from & then his achievements.

Jeff Collerson remarked – Dennis Reid, who trained New Fox, was a champion pigeon racer before he took up greyhounds. Pigeons are harder to train because if you think they can stay and it turns out they can’t, you can’t switch them back to sprints because you never see them again! I’m talking from experience.

Reg Hazelgrove – I had a pigeon won an 85 mile race two years a row, beat 600 rivals in the first and 700 the following year. Against the advice of the club’s best flyer, I sent him to Cootamundra, an extra 100 miles, after that 2nd win and I have never seen him since. Obviously couldn’t stay!