Surely veteran Mornington Peninsula trainer John Cohen was a man ahead of his time. The popular Rye trainer believe in racing his dogs to the maximum then retire them to his property to see out their days. Three dogs in particular he raced were Disco Gambler 133 starts for 27 wins and 35 placings. The Disco raced from Aug 86 to Nov 89. He went to all Victorian tracks as well Gawler and Albury. He even sired a couple of litters.
Soldier Boy had 132 starts for 24 wins and 38 placings the Worth Doing dog won an Olympic Park Sprint Championship and won from 424 to 658. He raced in the early 90’s.
His best perhaps was Blue Success 182 starts for 18 wins 37 seconds and 26 thirds. He won his maiden at Albury in July 1990 and raced for the last time at Geelong in October 1994. He made a Traralgon Cup final and was beaten by the Maturity winner Enfield in his semi in 91.
John trained winners as far back as the 60’s assisted by his wife Mary and their family. One of the photo’s has a young Sandown Director Vicki Nolen pictured with Disco Gambler. Vicki continues the Cohen dynasty with great passion for the industry as the first female director at Sandown. John’s health hasn’t been great of late but he’s on the mend and his many friends in Greyhound Racing will be delighted to hear he still loves it only if now he just has a bet and watches Sky. 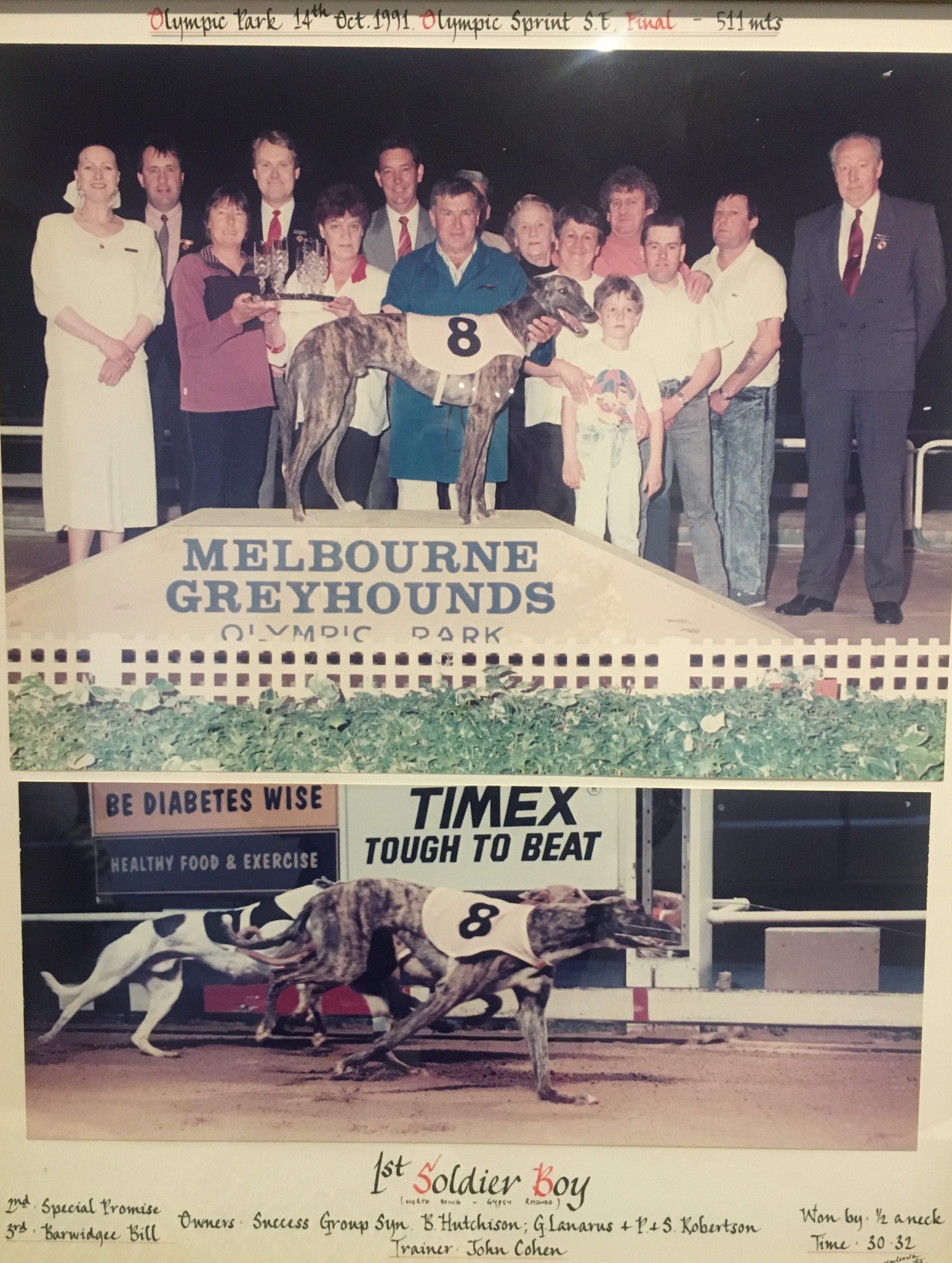 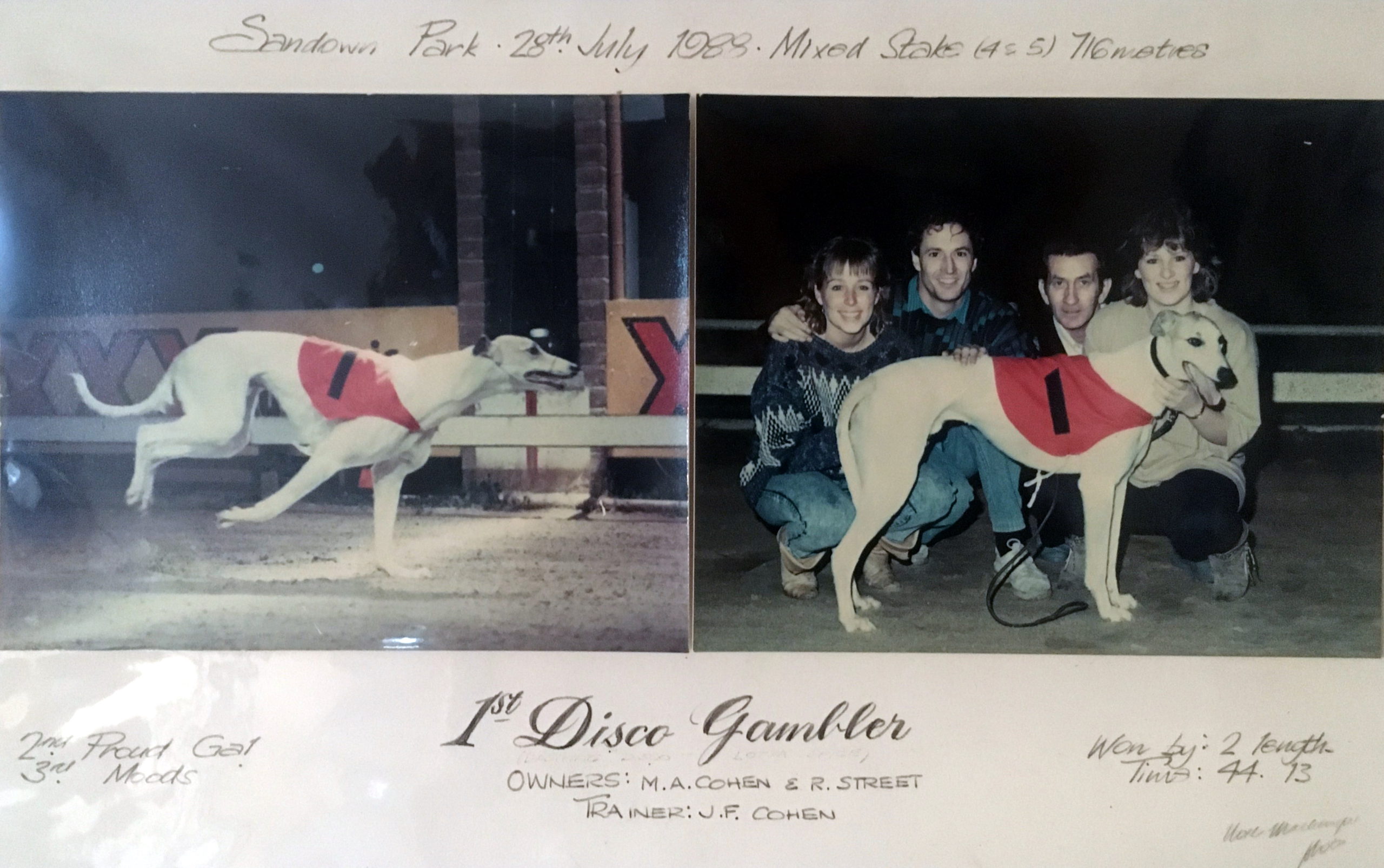 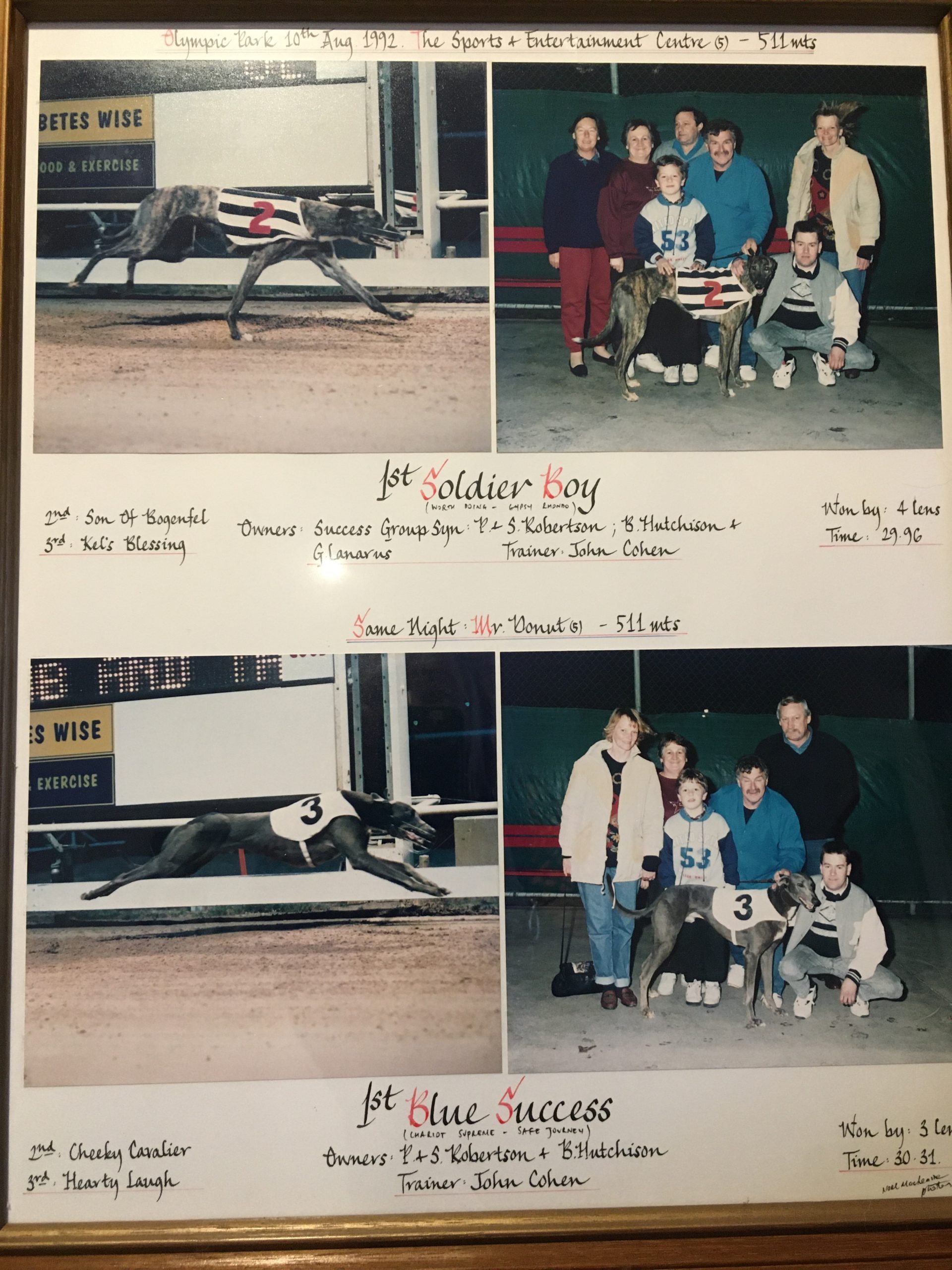