One of the great Queensland race bitches of the 1980’s was Madonna Lee. Can we remember her being stolen? It was a sensational story at the time.

Jeff Collerson – I had a back page story in the Daily Mirror when the champion stayer Only Ten was stolen from trainer Ray Neville’s kennels at Botany in the late 60s. She won the 1967 Sydney Cup at WP
Howard Gray – Jeff Collerson  Trained one of Only Ten’s pups with good success in SA Lord Decade (Mister Moss x Only Ten), got him through Warren Harper who was training him at the time for thoroughbred trainer Alan Denham son of the legendary Jack Denham 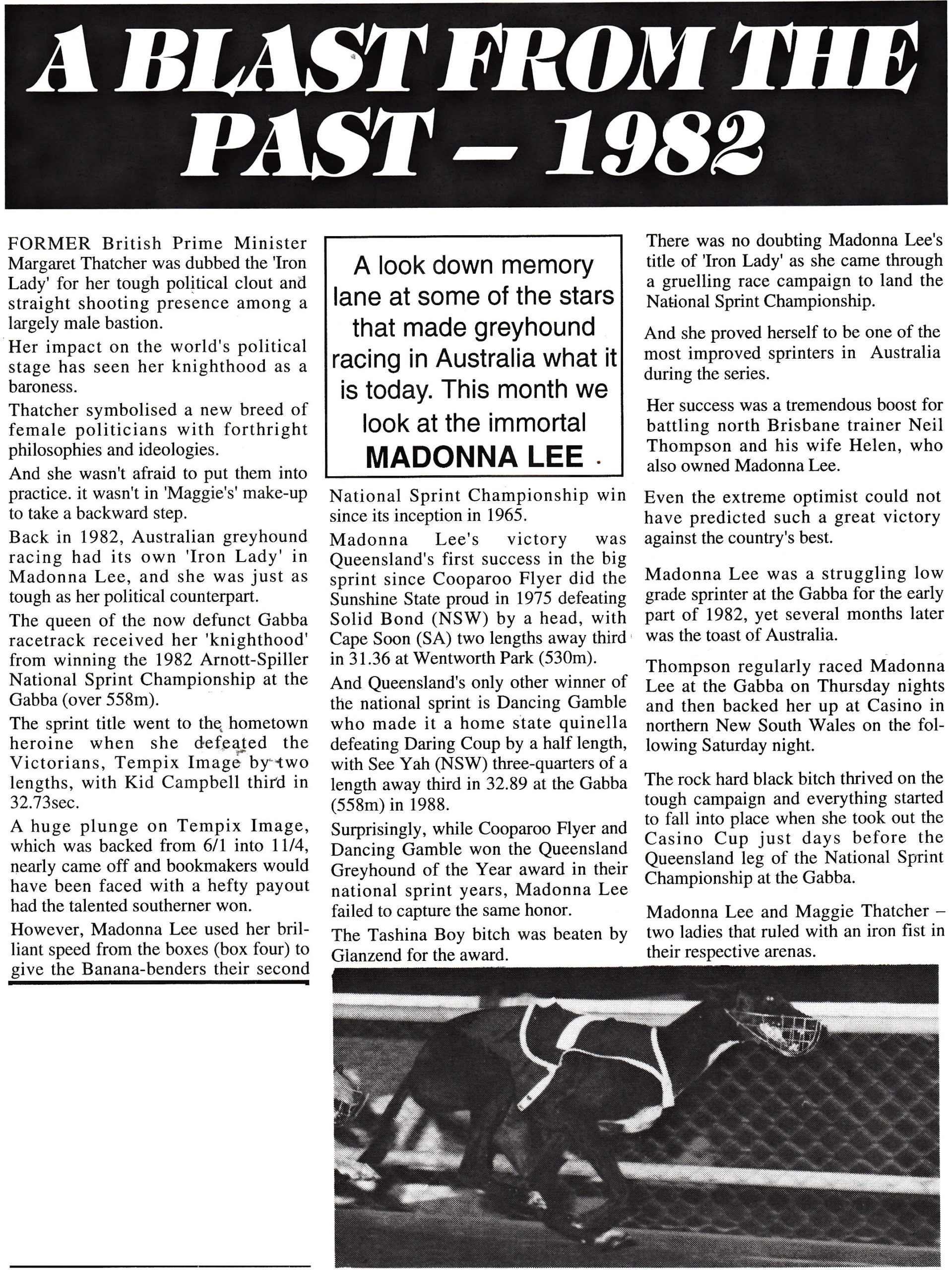 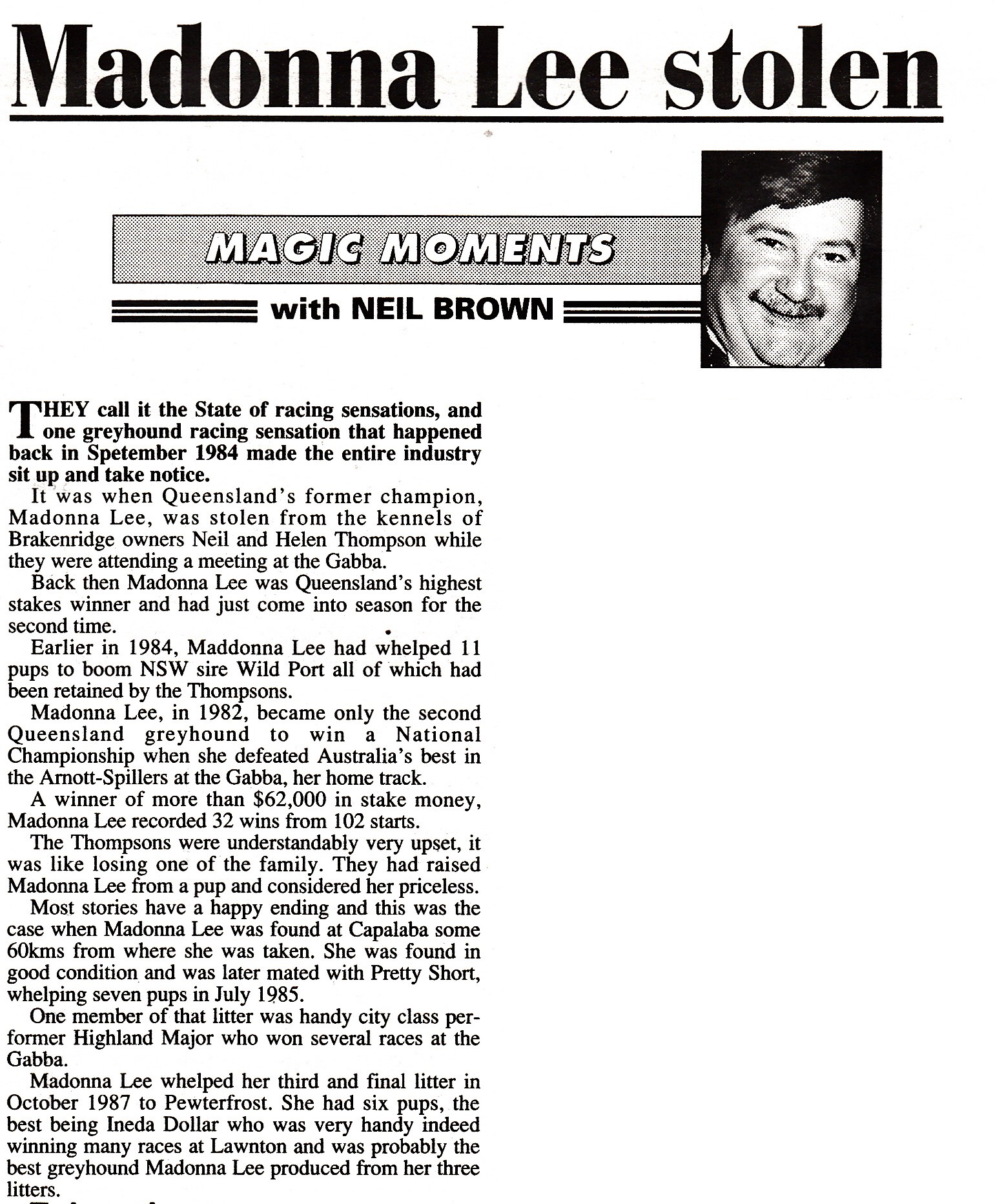