I am contemplating a trip to visit a few greyhound tracks that I have always wanted to go to in Northern New South Wales Gunnedah and Dubbo plus Armidale. It got me wondering as to how many greyhound tracks I have visited over the years for some unknown reason I decided to list them. Here is my list and the tracks that I visited over the years. Sadly many have gone. I hope it brings back memories of the tracks members have been to over the years. Love to get Max Wintle and the late Les Merry’s list.
In no order – Wollongong, Bulli, Dapto, Gosford, Potts Park, Richmond, The Gardens, Wentworth Park, Harold Park, Tweed Heads, Canberra, Queanbeyan. Albion Park, Capalaba, Gabba, Parklands, Angle Park, Gawler, Port Augusta, Strathalbyn, Port Pirie, Wyalla. Hobart(old) Hobart (Showgrounds) Hobart (current) Launceston(old), Launceston. Ballarat, Bendigo, Cranbourne, Geelong(old), Geelong, Healesville, Horsham, Sale(old), Sale, Sandown Park, Shepparton(old), Shepparton, The Meadows, Traralgon(old), Traralgon, Warragul, Warrnambool, Olympic Park, Wangaratta (old) Wangaratta. Cannington, Mandurah. (WA) Darwin (NT).
Addington and Manawatu. (New Zealand), Southland (USA), Clonmel, Shelbourne Park. (Ireland), Wimbledon, Brighton-Hove. (UK), Macau. Casablanca in Morocco (not racing any more), Dubai.
Brian Dunn – Lots of Kilometres in travel mate
Mick Haskas- Know where hes walking the dogs?
Mark Small– If you’re coming up Neil, please don’t miss the new Grafton track … and Casino (great track, wonderful home made food & now with new lighting) 👌 🌟
I’m at Tweed Heads and would make a trip down to meet you so there’s an invitation 🤝
Mick Haskas – Mark Small hard to beat casino great menu and bloody good sweets she’s a great chef
Mark Small– Mick Haskas Donna, the new Secretary is doing a great job surrounded by a great bunch and the posts each week showing the upcoming menu is mouthwatering 😋😜
Neil Brown– That would be super will send message of my movements
Mick Haskas– I take sweets home
Mark Small- Mick Haskas You must have a sweet tooth like me … I can’t stop at one though 👌
I like the look for your pumpkins …. Any QLD BLUE or corn squash (or course, too late for them now) 🤔 😋
Colin Lyons– I’ve been to Youghal in Ireland. Now that was an experience.
Des Dooley– Also been to Youghal. Well put, it was an experience.
Kim Watts– We won races at Corio Oval Geelong. Ballarat old track. Wangaratta. Olympic Park. All gone now. A lot of happy memories.
Robert Britton– Kim Watts Good to hear you are still alive and kicking. About time you got yourself another dog, okay.
Kim Watts– Robert Britton we have we adopted a greyhound from the gap program. She’s just the best. And she doesn’t rattle whenever she runs. How are you and the family going.
Shayne Stiff – Armidale is shut mate But let me know when you are in they way to dubvagas
Neil Brown– Dubbo’s my first stop just have to work out when I am coming.
Luke Gatehouse– Neil Brown Capalaba – horses with French names !!!
Neil Brown– Luke Gatehouse Never forget it backed the last winner at Caulfield. Got a lift back to town with the great man from the Sunshine Coast Anthony Jeffress. What about your daughters named trotter in Perth when the leader fell in front of it and left us with the money.
Luke Gatehouse– Neil Brown long single name trotter
Luke Gatehouse– Neil Brown funniest win ever !!
Neil Brown– Wouldn’t trade those times for anything super memories. What about taken to the start at Belmont with the Stewards and we backed the winner of the race which you picked in a photo from one kilometer away.
Luke Gatehouse– Neil Brown margin a nose 😳 Never in doubt😂😂🥳🥳
Gary Smith– Well when you go you better try coming down through Young, Temora and Wagga and add them to your list Brownie 😉
Richard Codd– Ever get to a flapping track neil still one left in Yorkshire and they will bet you heaps
John Stephens– Surely Ballarat (old), Bendigo (old), W’Bool (old)? What about the old ‘trial’ tracks?
Rod Oakman– Exactly gary smith see the bush men and women
Ellen Harris– Brother Fox in fortnight great time to come Brownie!
Robert Wilson– In 1958 I had no money but was determined to see the White City Derby in London, so thumbed it 240 miles there and back, it was won by a sensation at the time Pigalle Wonder, and the next year I made the same 480-mile journey on foot and by thumbing lifts, Mile Bush Pride won it, on the way back I got a field job picking strawberries when that petered out I took another job stacking crates of eggs in a warehouse, eventually, I got home, during the first trip I slept on park benches, and the 2nd trip in a graveyard curled up in a sleeping blanket, I am sure all over the world there are still kids like me age 16-17 who would do the same thing, greyhound lovers who would walk miles to see the best dogs perform. Regrettably, in London today there is not one greyhound track left, the famous White City dog track is long gone, but those were the days my friend, days we thought would never end.
Howard Moshinsky-Howard Moshinsky tony benett and lady gaga
Edwin Caruana– Did you miss the old Ballarat track?? 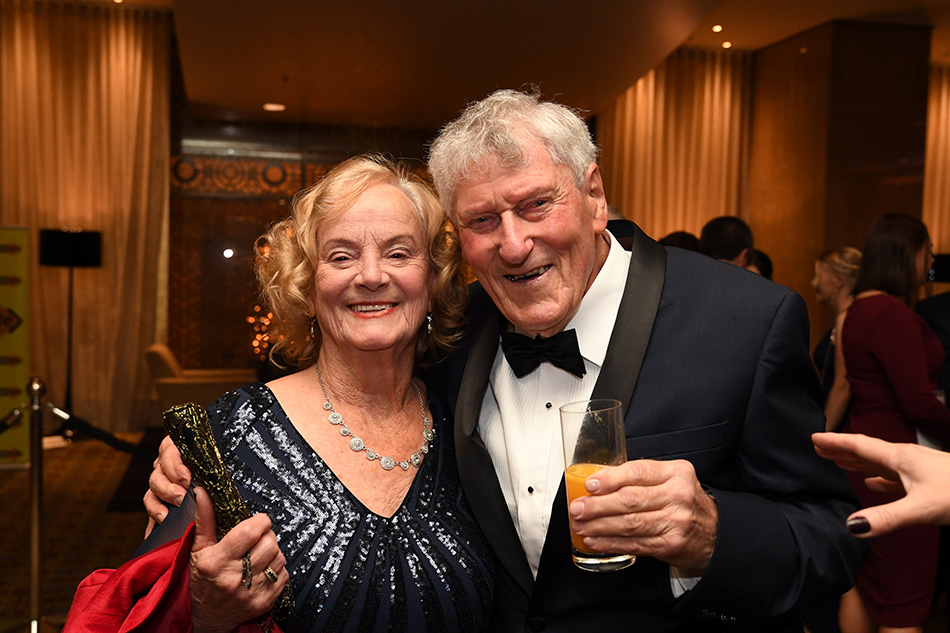