A form of racing that has disappeared is the marathon. Popular as a feature race programed in most states. Certainly, as reports show at the old Gabba. They would have been turning left a few times over the 895. Sandown had for a long time one or two a year. Beenleigh had a major feature once won by Zoom Top. Members may recall the other states I am not sure about. 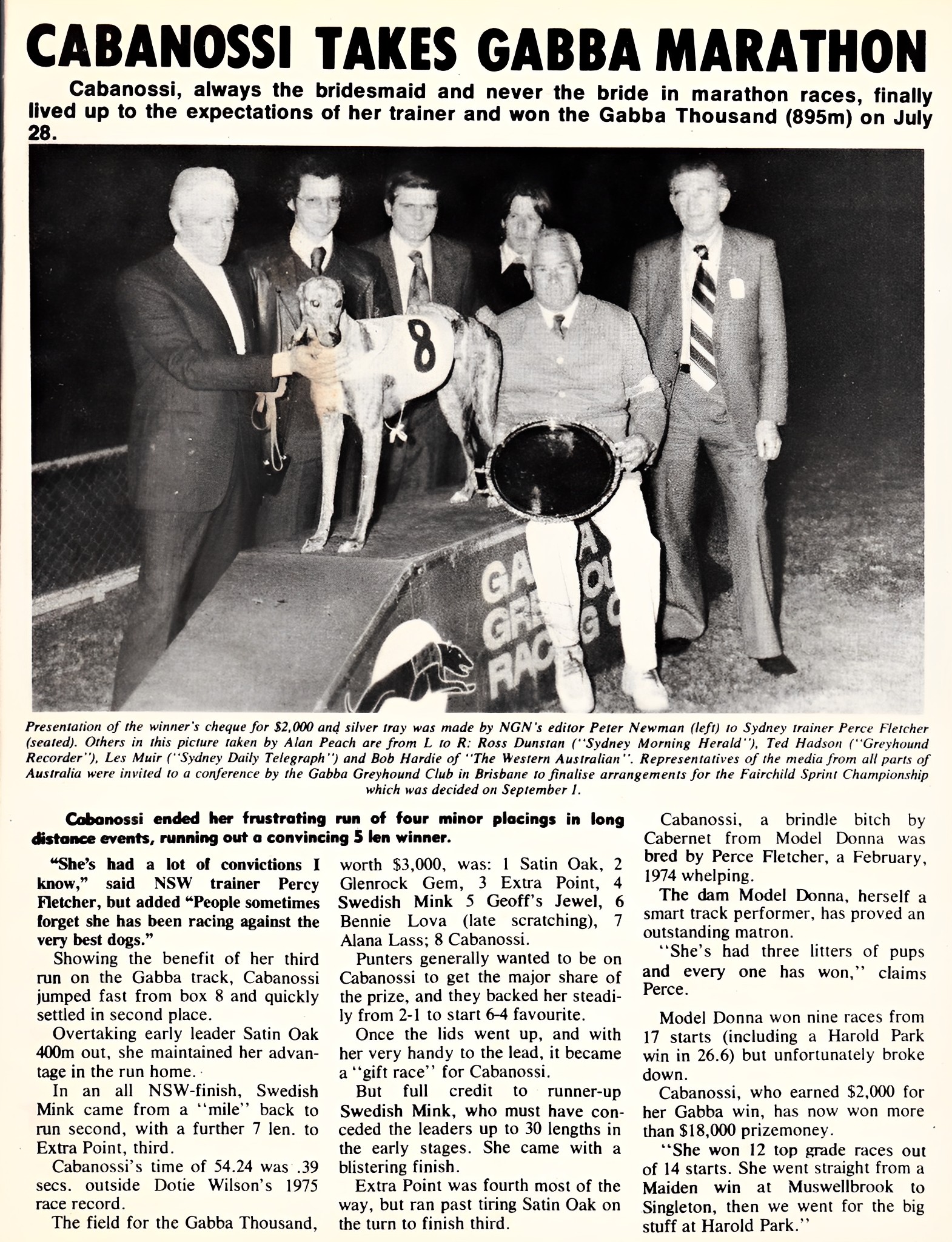 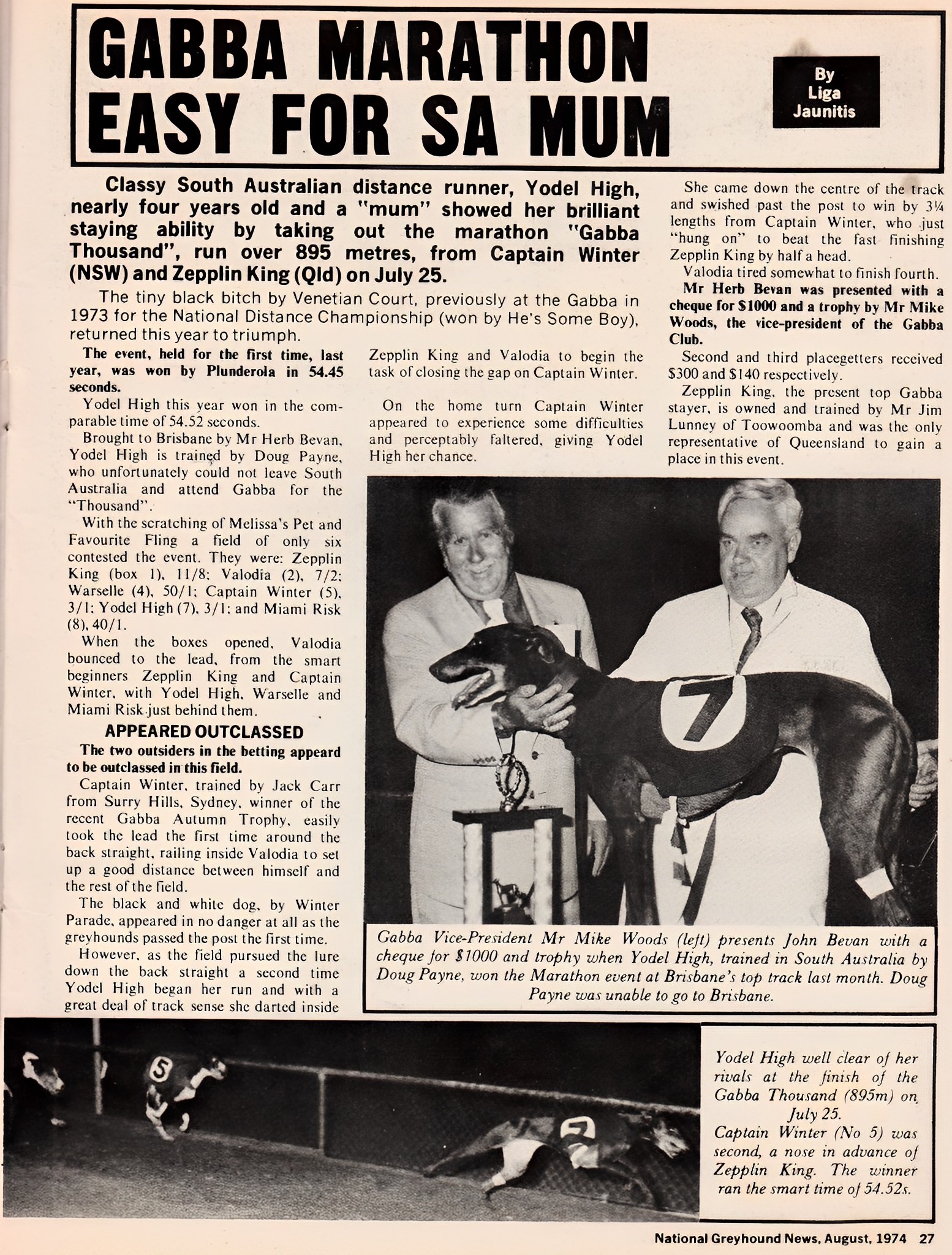 Craig Davis – Remember they had one at Wentworth Park said to my young bloke back Osti’s Joker said it won’t be in the picture was tailed off but still won.
Daniel Webb – As well as the marathon, I miss the old hurdle races over the brooms and the handicap events with the staggered boxes the dogs would fly over them brooms was an awesome sight
Mick Haskas– Daniel WebbAustralia post used to sponsor the hurdle race at wenty
Wayne Martin -There was a marathon race either sale or Warragul not sure but it was the cliff young marathon that my dads dog layola princess won.
Stanley Young – I’m sure Warrnambool held a 3000m Marathon many years ago , was down at the may racing Carnival went to the dogs to try and get out ,backed the even fav was tailed out last first lap finished up winning by 30 lengths
Brett Whitford -Stanley Young 3000 m ? They would drop dead and die from acidosis surely?
Stanley Young -Brett Whitford correct 1500m
Marg Long – MGRA ran them at OP
Cheryl Pirani – Sandown used to have them. Not very often though.
Gary Smith – One of the biggest marathon wins ever was the Jack Roy trained Osti’s Wish at Wentworth Park, never seen in the race and won by a nose on the line 😀
Brian Meredith – I remember the good ol days at wentworth park over the 969 meters !!! mighty good stayers
Chris McKay – Sadly not much programmed now
Craig Benson – Don’t know how many metres this race was, but the dogs clocked in at 3 minutes…some Arab country.