My greatest connection to Greyhound Racing has been the people I have met along the way. One such mate was the late Merv Patching. Like me Merv was a Springvale boy and his Grandfather a fellow life member of the Springvale Football Club, Merv played juniors there and supported the Club all his life. We both moved not far away to Keysborough. In my training days we met most mornings and talked Greyhounds. Merv had some success early on in the 80’s with a dog he named after a Del Shannon song Keep Searching and I remember barracking hard for him in the 1983 Melbourne Cup he finished down the track behind Lady Lilly. His biggest moment was winning the 1997 Adelaide Cup with a super little bitch named Rare Deceit. Merv had other handy types I recall, one he called Digital Clock, was a city winner. Perhaps my favourite was a black Eureka Man pup he met me with one morning in the 90’s. The pup was 10 months old and he said to me I brought him home early and I going to train with the other race dogs. He was Dust Settler who finished up having 177 starts for 39 wins and 34 placings. He represented Victoria in the 1996 National Distance Championship beating Northern Legend and Keon Star to do so. The final that year was won by Boronia Blossom. One of Merv’s favourite places to be was the Grafton Carnival and he attended many times. Merv never had a smile off his face and you would travel a long way to met a better bloke. We lost Merv in 2013 at age 68 way to young. I think about Merv and one his best mates Graeme Jolly a lot both loved the Greyhound and Greyhound people. Both gone but never forgotten.

Heather Villinger – Geoff & I miss both Graeme & Merv. In latter years Merv, Colin Goodman, Geoff and I, formed a formidable Trivia team at Trios. Plus Thursday night at Trios having mystery quaddies with Merv, Graeme, Sue, Neville & Kay King was always good for a few laughs and some fun. People please value your friendships, you never know how quickly things change. We are all so lucky to be a part of such a great industry/family.💞

Susan Jolly– Heather Villinger it was a great time we all have such great memories, mine is Merv and Graeme ever Thursday night at Sandown fir about 20 years sharing a bottle of red wine and arguing like an old married couple. What a pair.

Kay King– Susan Jolly Especially when Merv only had one glass of wine and you had to divide the price of the bottle. Or when the bill was divide Merv would argue because he wasn’t a couple

Susan Jolly– Kay King oh so true, 😄 we laughed about that.

Coral Scott– I watched the first tin hare meeting with merv,s father Charlie he also was a nice guy had a deli in Springvale….doug

Geoff Howell– Your so very right Heather and Geoff I think about Merv and Graham all the time and I know life can change in the blink of an eye that’s why I’m so very grateful for people like you Heather and Geoff Sue and people like Merv Grahams to wake us all up to realise life is too short. God Bless You Merv and Graham Rest In Peace
Ronald Lyfield– Well said Geoff Howell they were both super people and legends of our great sport R I.P to both of them and their families who are great people aswel,first time i met Greame was at Ted Fieldings place in Hampton who I lived next door to,Greame would be there every Sunday morning getting his dogs checked by Joey Hull the good old days aye

Lauren Jolly– Merv was probably one of our oldest family friends, such a humble gentleman and the first to teach me how to put a bet on, back in the day when Olympic park was a track. Neil u do put up some beautiful posts. I imagine they r all up there, Merv, Dad, Les and Teddy r all trying to tip the quaddie at Sandown on a Thursday night.

Pauline Laidlay– Merv was a lovely fella always had a smile on his face. We drive past his place often always with a smile on our faces 😊

Edwin Caruana– Merv and Graeme, Two fantastic blokes always up for a chat.

Cheryl Pirani– He was a lovely man. Thanks for the memories. 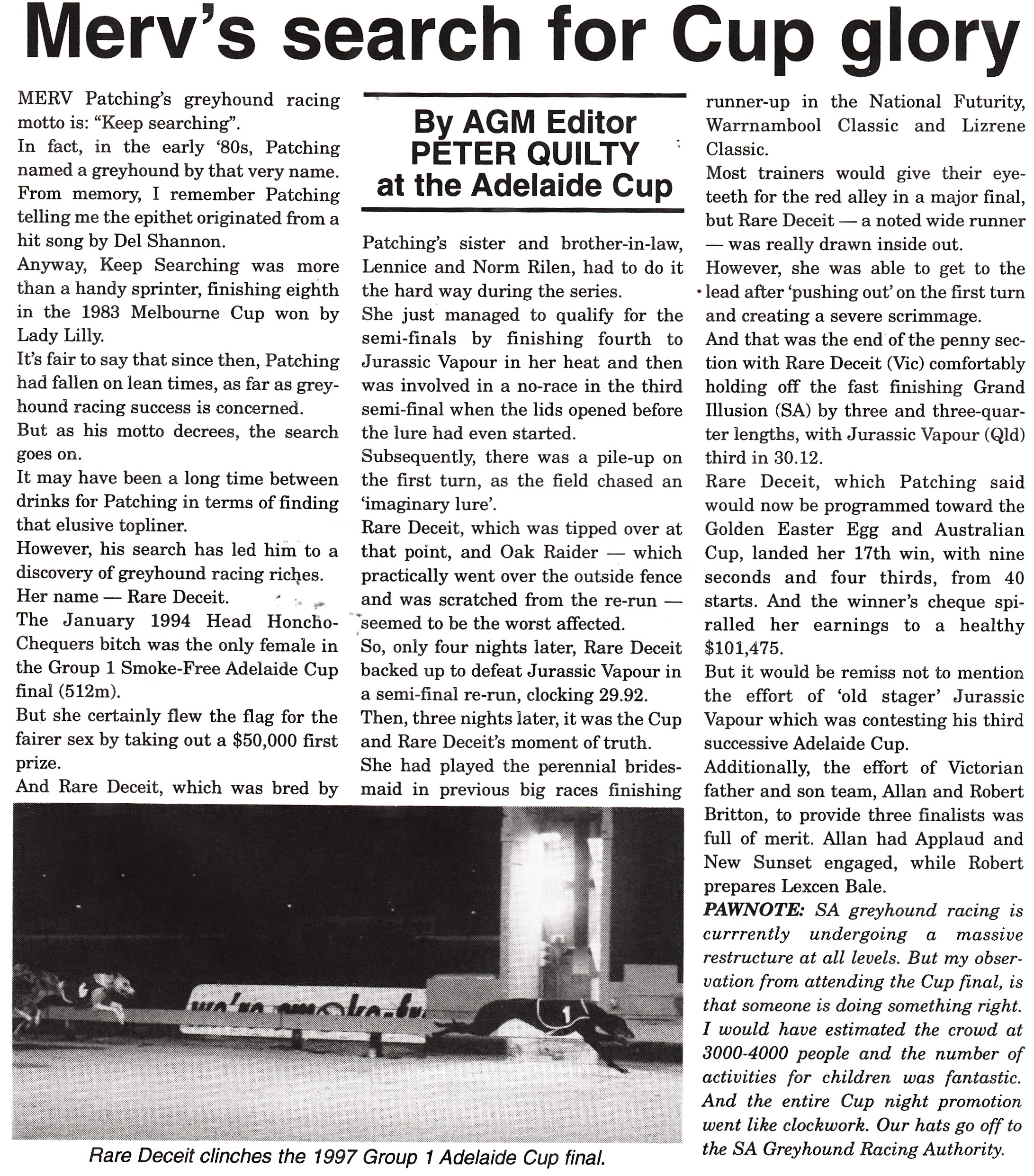