The 1977 Melbourne Cup was won by Mile Post he was a May 1975 whelp by Johnny Wood from Road Bid. Mile Post was bred raced and trained by Tony Collins. The litter of four contained three litter sisters Celery Top and Woodrema who were later to become top brood bitches. Ibid was the other pup. It was a red-hot field and I remember the night well it was packed to the gun holes. The race’s first prize was $11,500 it’s come a long way with this year’s event carrying a million dollars in stakes with the winner taking home $650,000. Mile Post also ran third in the 1978 Hobart Thousand. Broke Geelong Track Record defeating Count d’Argent & Shelley O’Rielly in a match race. Here is an interview I did with the late Tony Collins’ wife owner Lorna Collins.
https://www.youtube.com/watch?v=IrV58QqWyl8 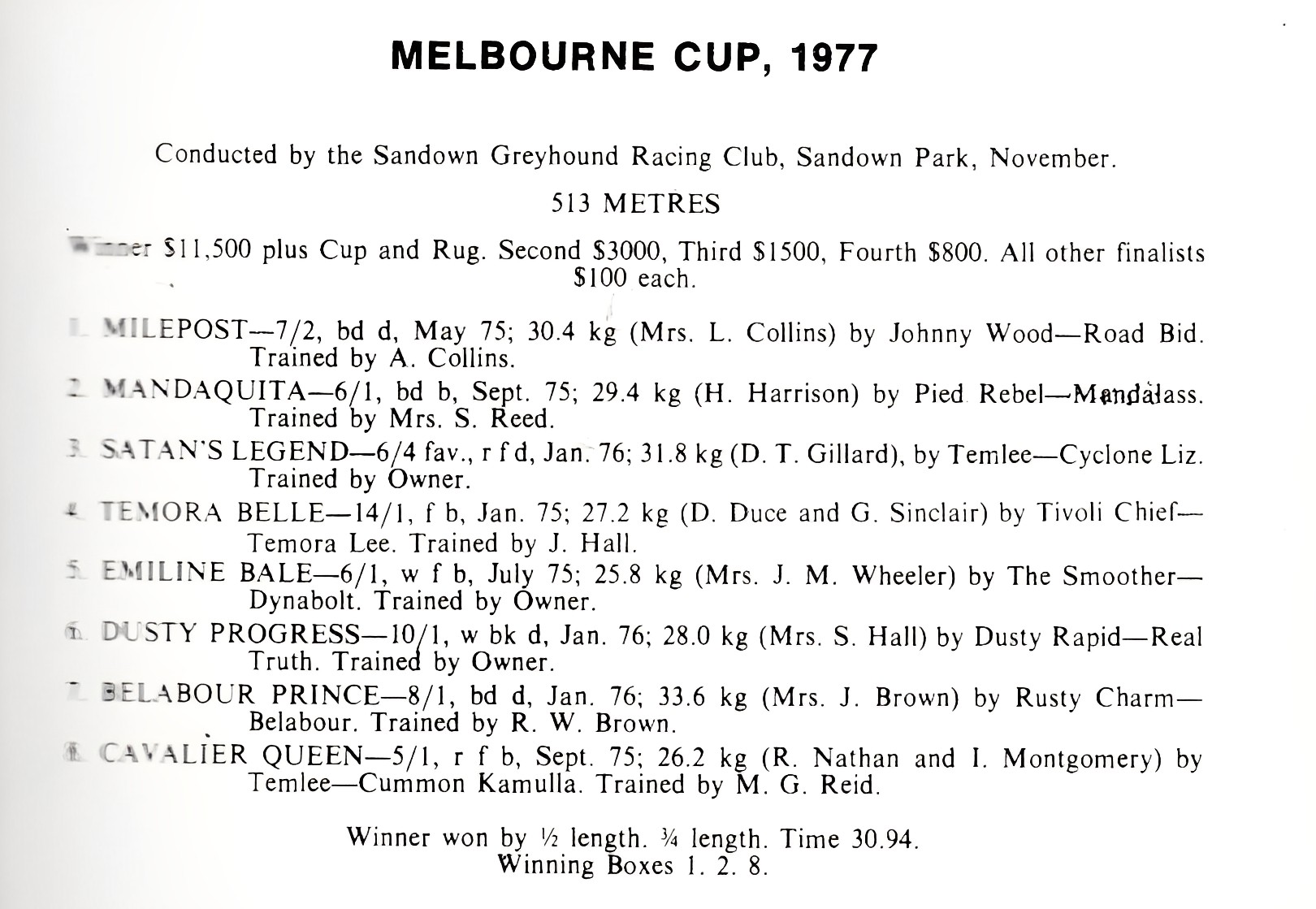 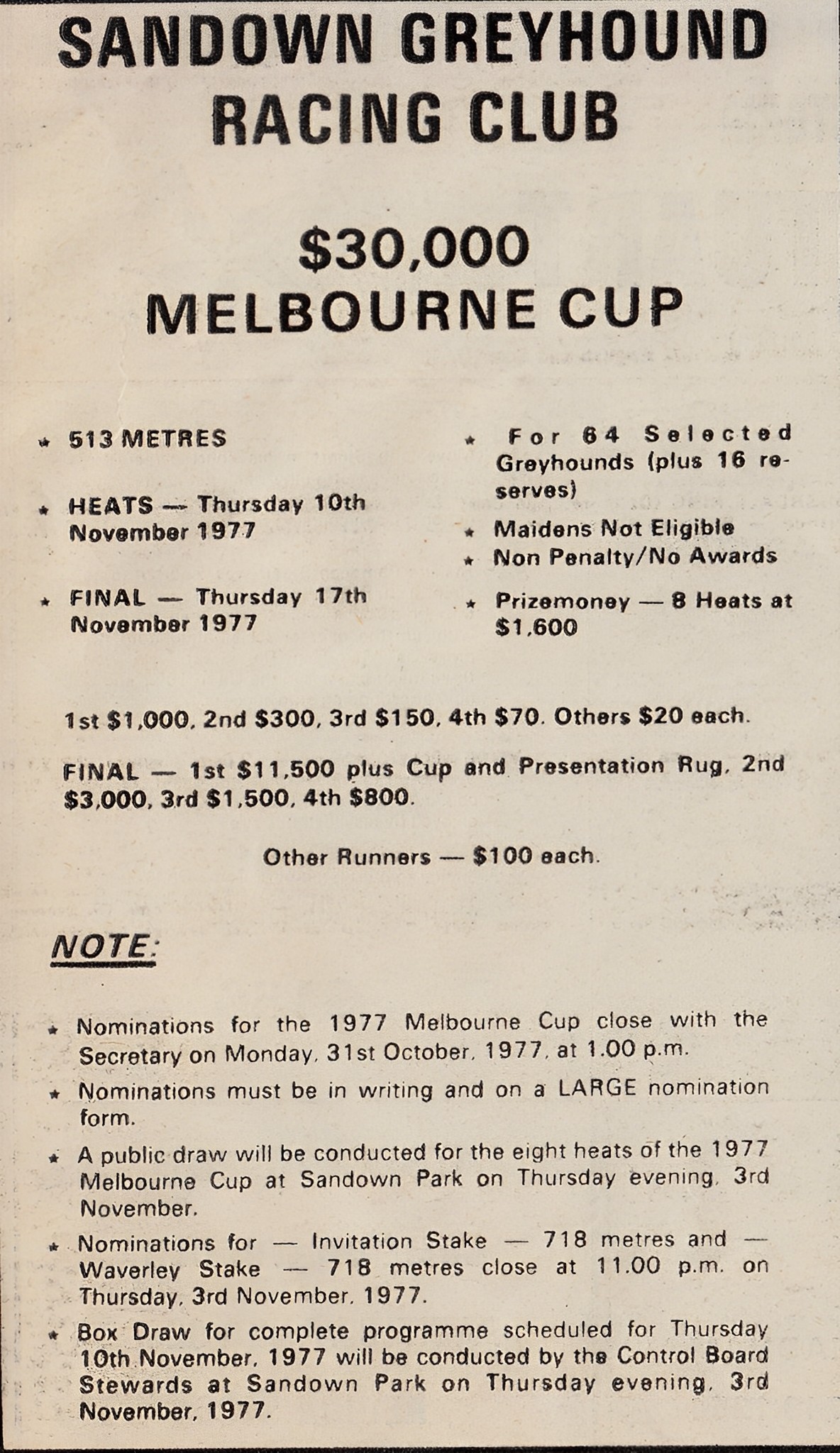 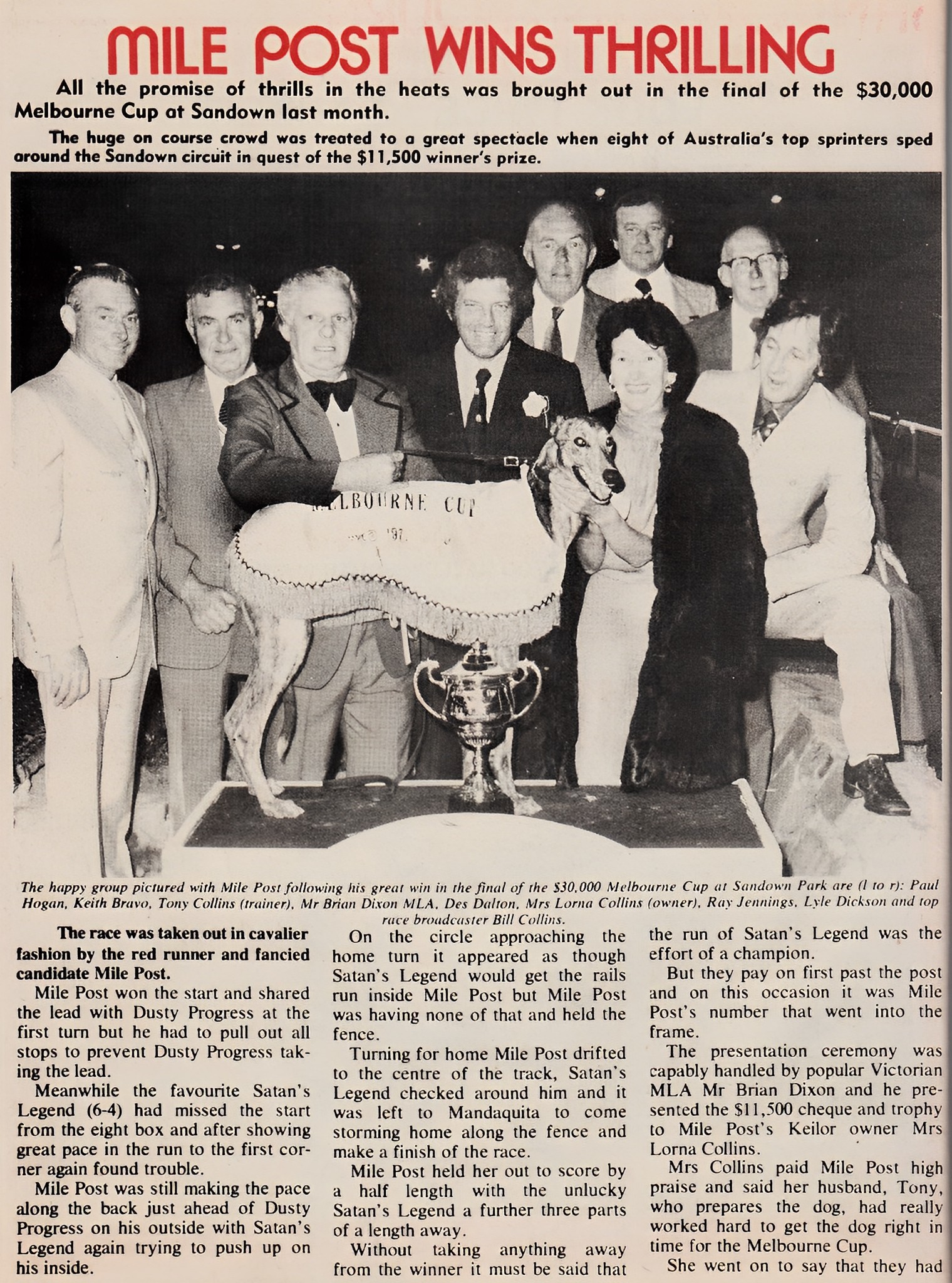 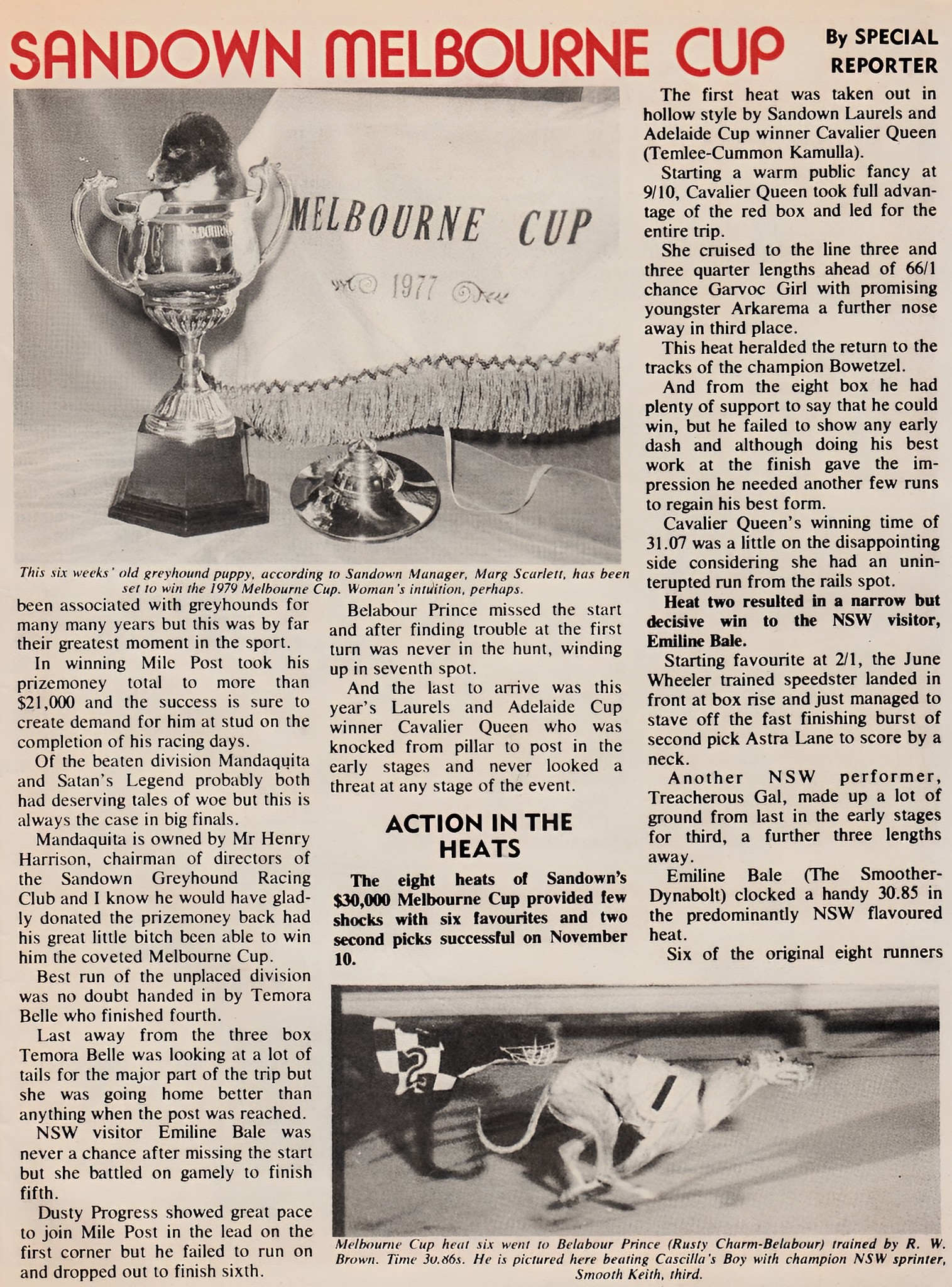 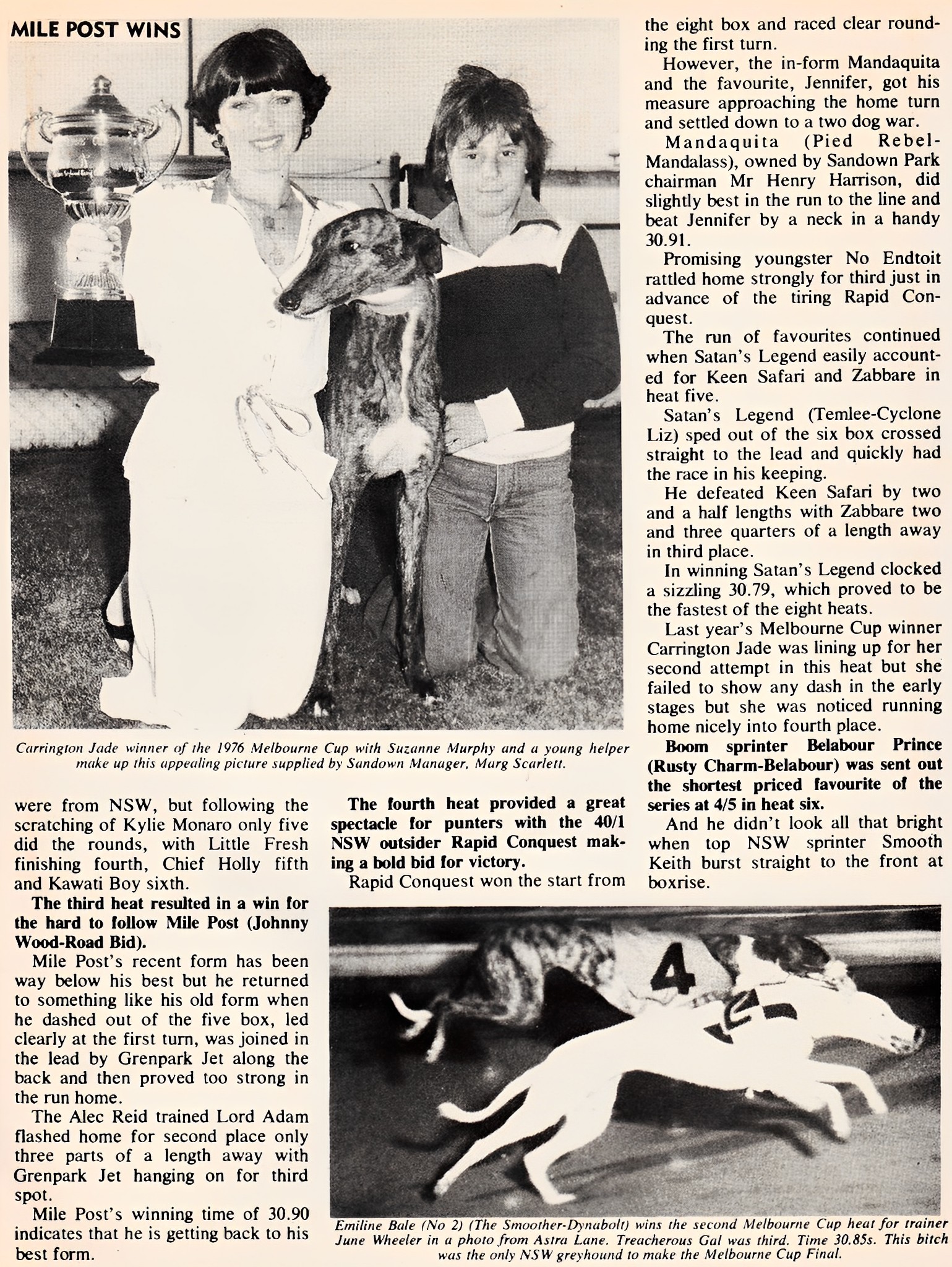 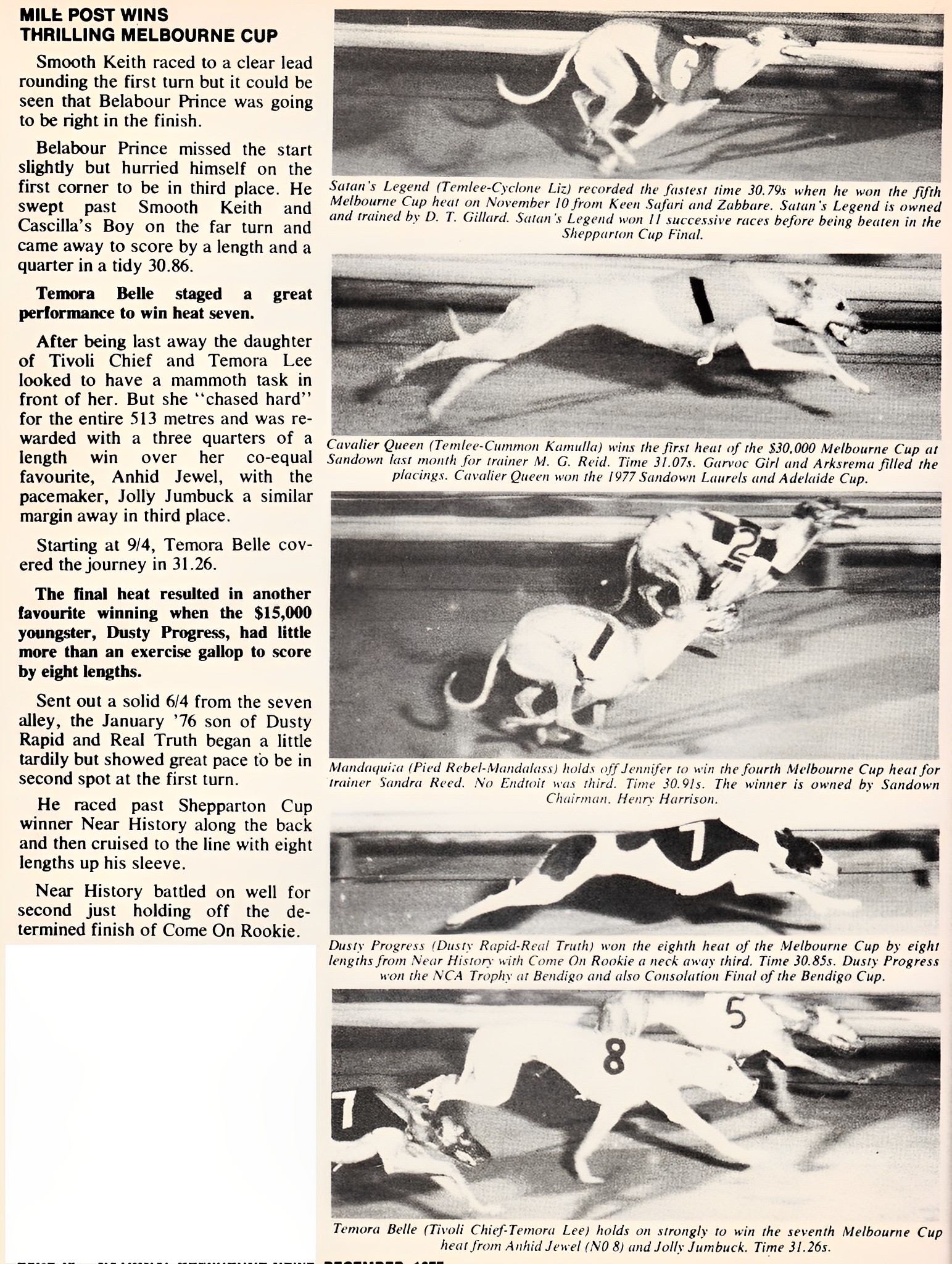 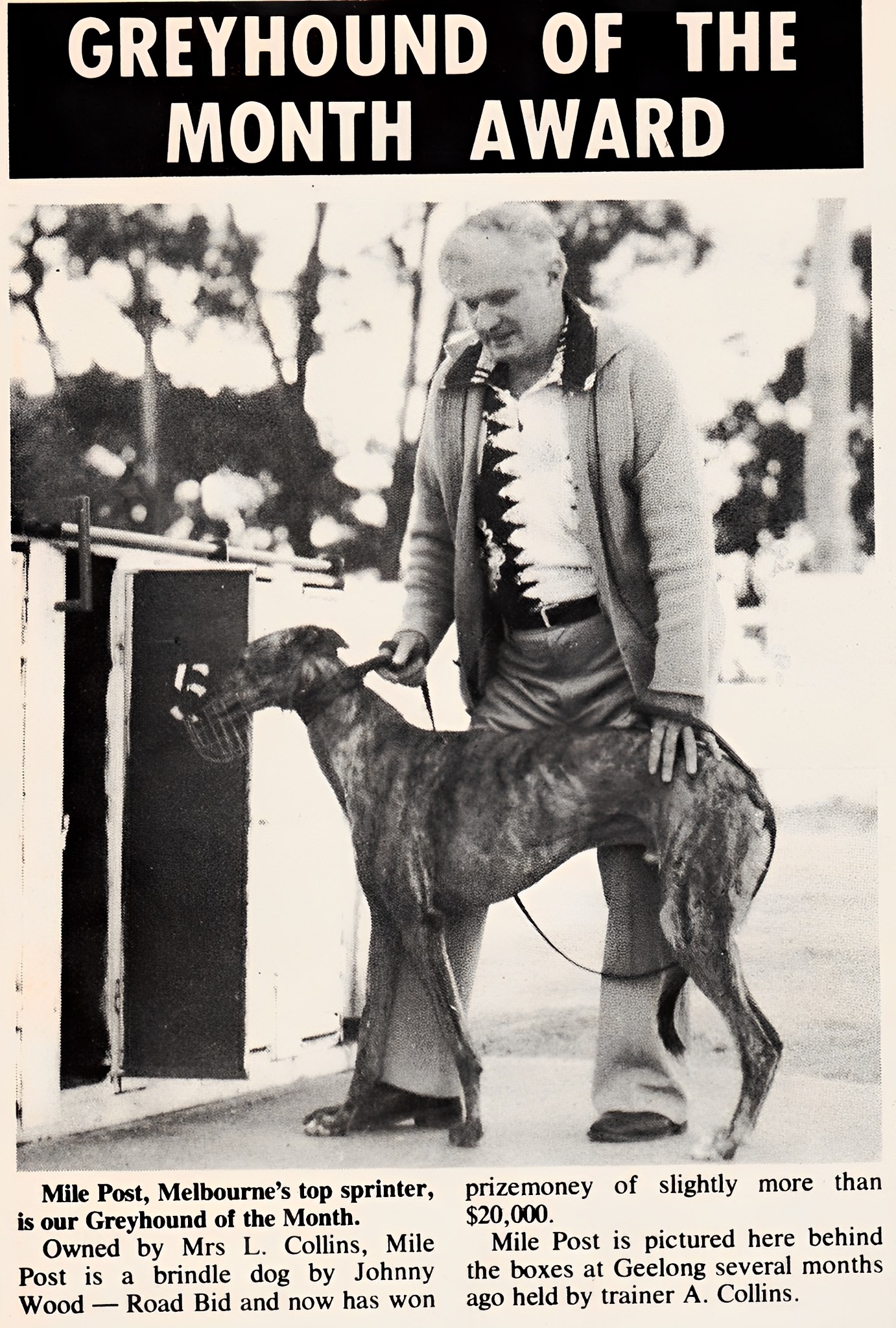 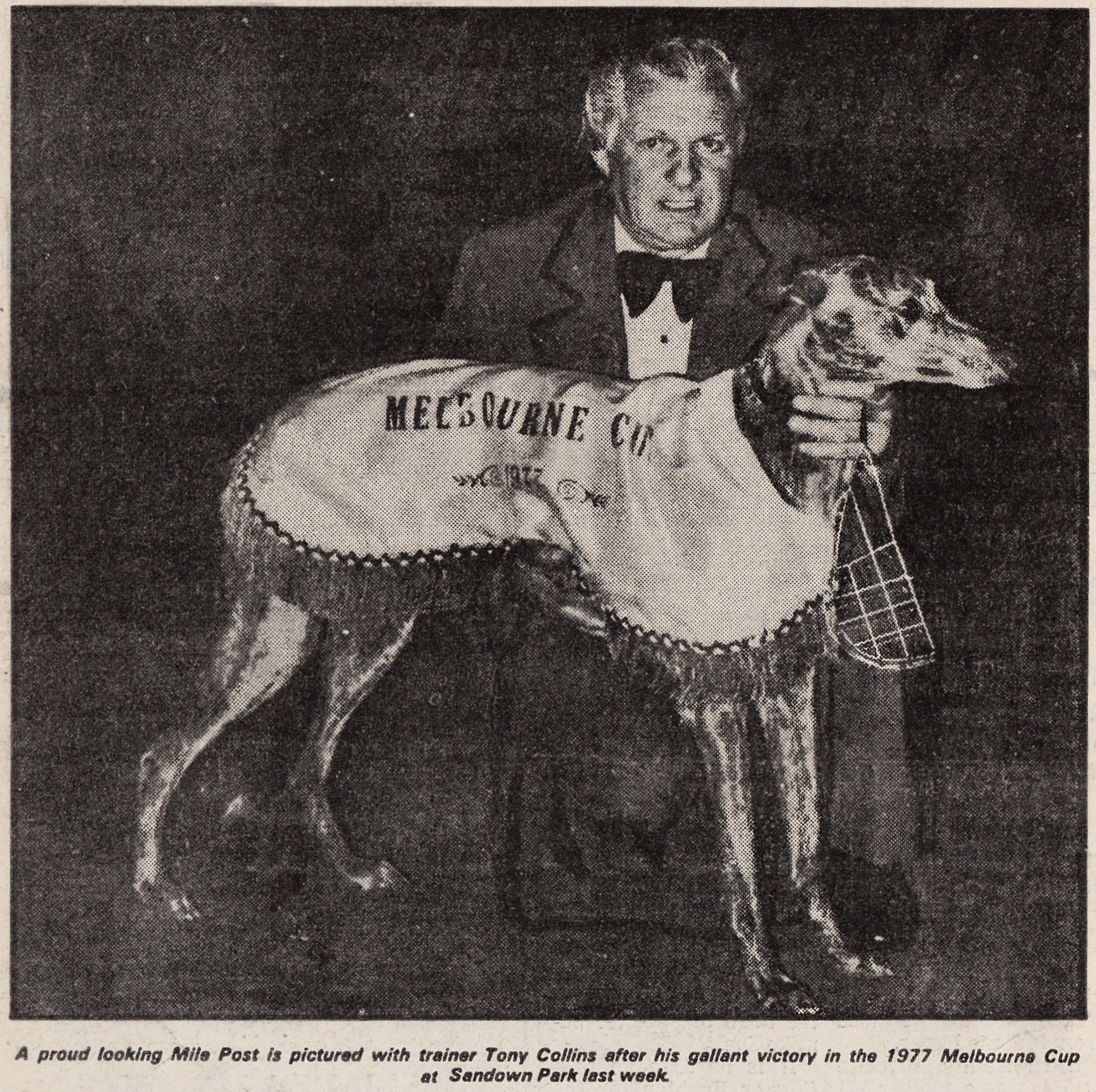