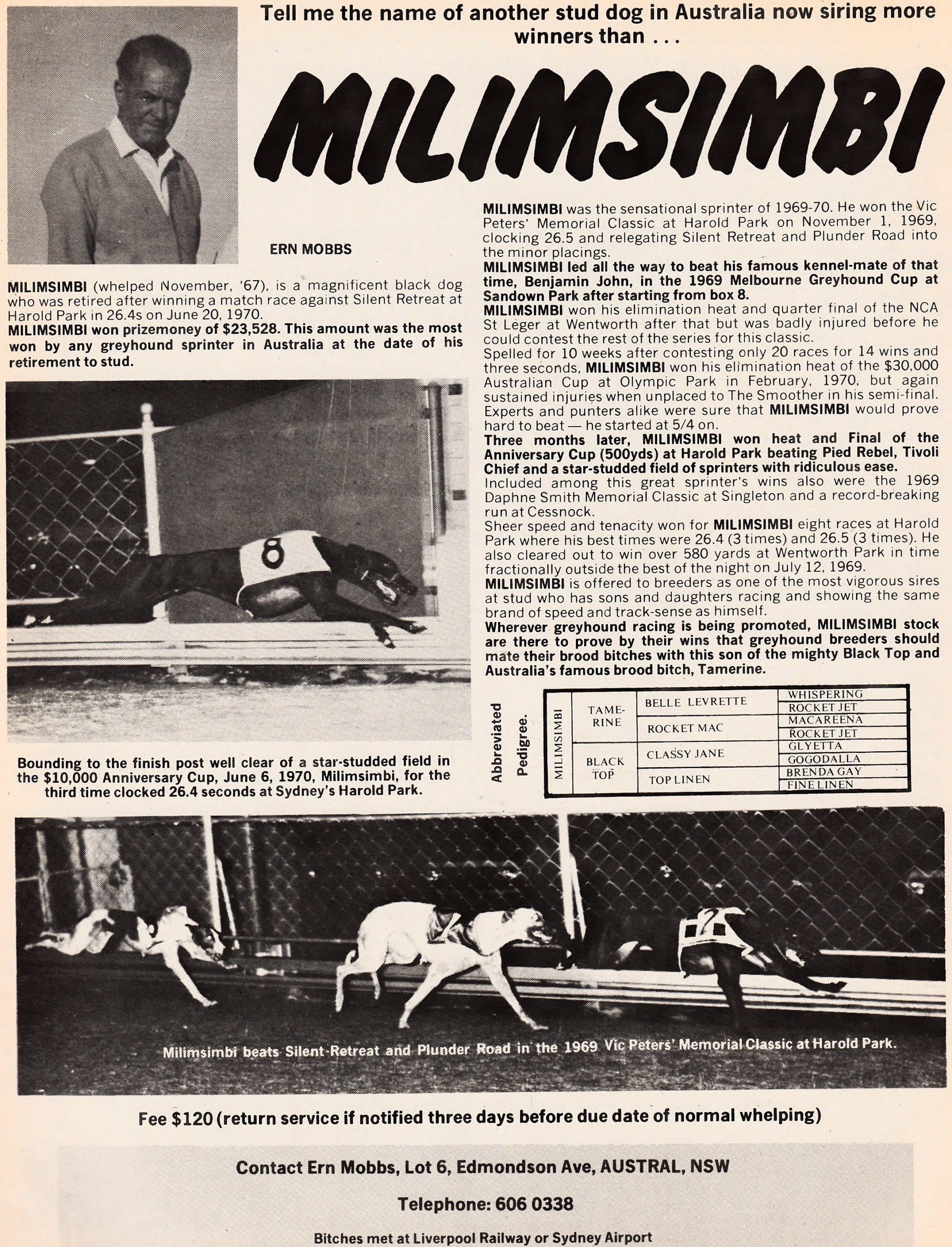 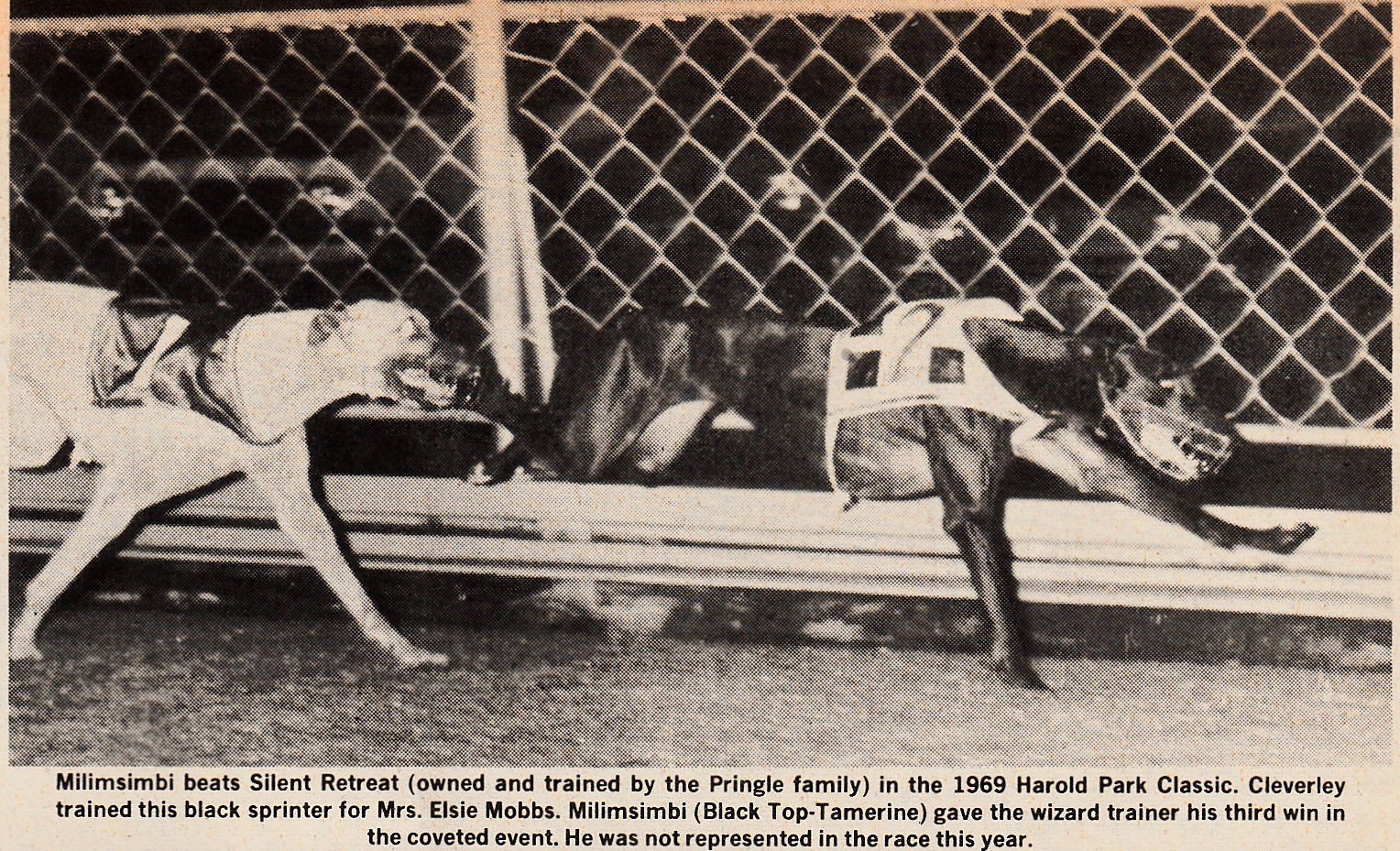 Won the 1969 Memorial Classic, 1970 Anniversary Cup at Harold Park, Singleton Memorial Classic and 1969 Melbourne Cup over 513 metres in 30.7/16th’s. Started 5/1 beat Benjamin John the 5/4 fav both trained by Hall of Famer Stan Cleverley he also broke him in. Was retired to stud in October 1970 with earnings of $25,190. Only sired 75 pups with the best Queensland star Top Simbi a freak at the Gabba.

Jeff Collerson – That’s a pic of Ernie Mobbs in the corner. Could tell you a dozen funny stories about Mobbsy, what a character. Milimsimbi’s dam Tamerine also produced a dog called Top Claret (named after Ernie’s favorite tipple). Top Claret would not go around a bend but was knob up the straight at Wyong, but needed the right hand side of of the track because behind the drag lure he would cross at right angles if he drew the other side. But when he drew the right side he was unbeatable and we backed him plenty of times from the right alley at Wyong and always got the cash