Another champion stayer Miss High Lo. Three members of the Guildford Leagues Club Les Kelly, Jack Myers and John Starr paid $100 each for two pups from Bringelly breeder Trevor Black’s October 71 Millers Moss x Star Gazer litter. Miss High Lo was named after a brand of Beer sold at the club. Trained throughout her outstanding career by Les Kelly the 1976 NSW Greyhound of the Year had 71 starts for 37 wins and 19 placings winning prizemoney of $46,500. She won 16 of 19 at Wentworth Park and 10 of 14 at Harold Park. She won two Sydney Cups (pictured in the four rug), two Sun Toy Fun Cups, a Wentworth Gold Cup (pictured in the two rug). She also set track records at Wentworth Park and Richmond. Most of her wins were come from behind and she was loved by the punters. Another great shot of her with model Ruth Erica appeared in  https://www.facebook.com/GreyhoundRacingHistory/photos/ 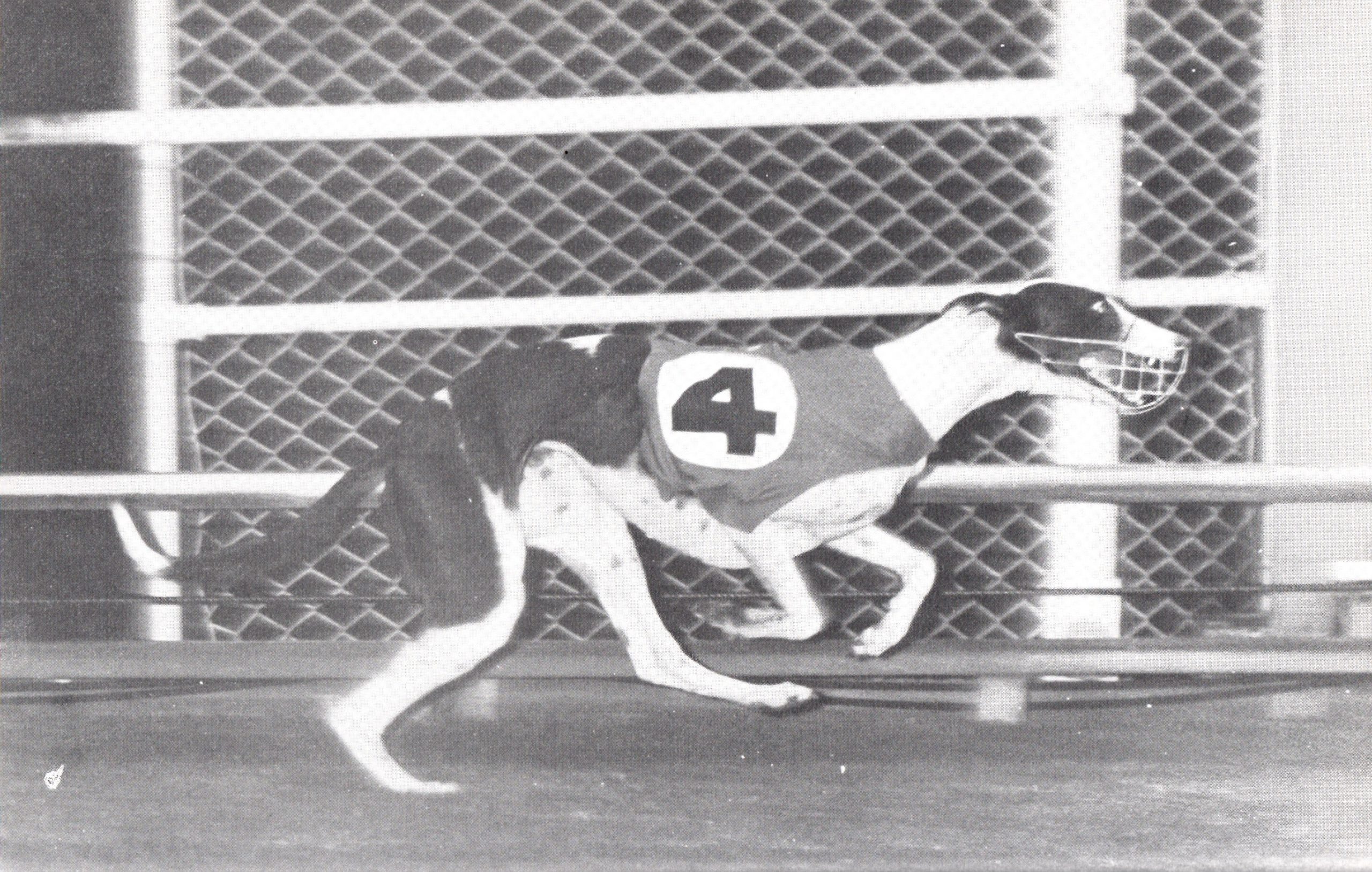 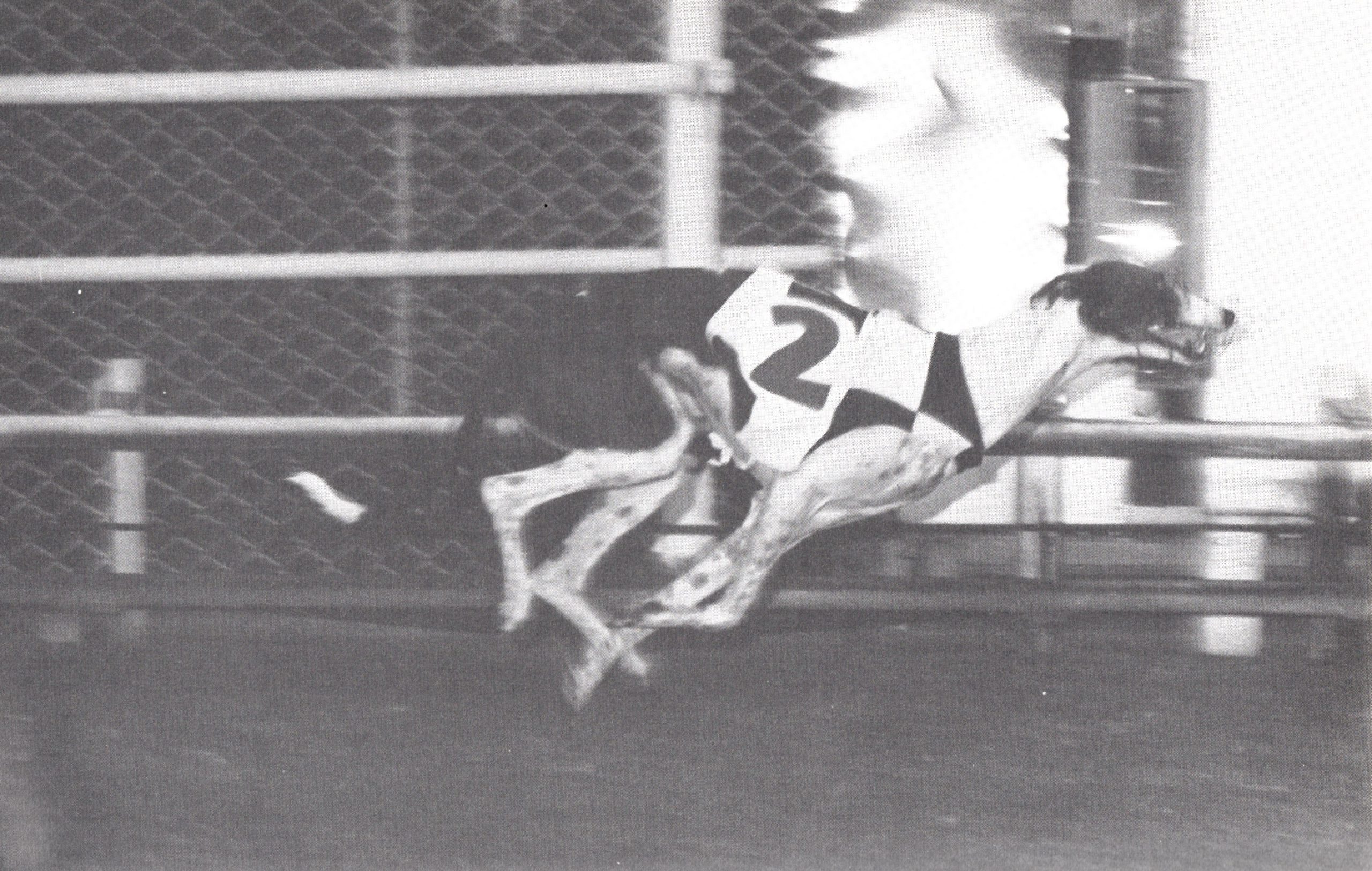 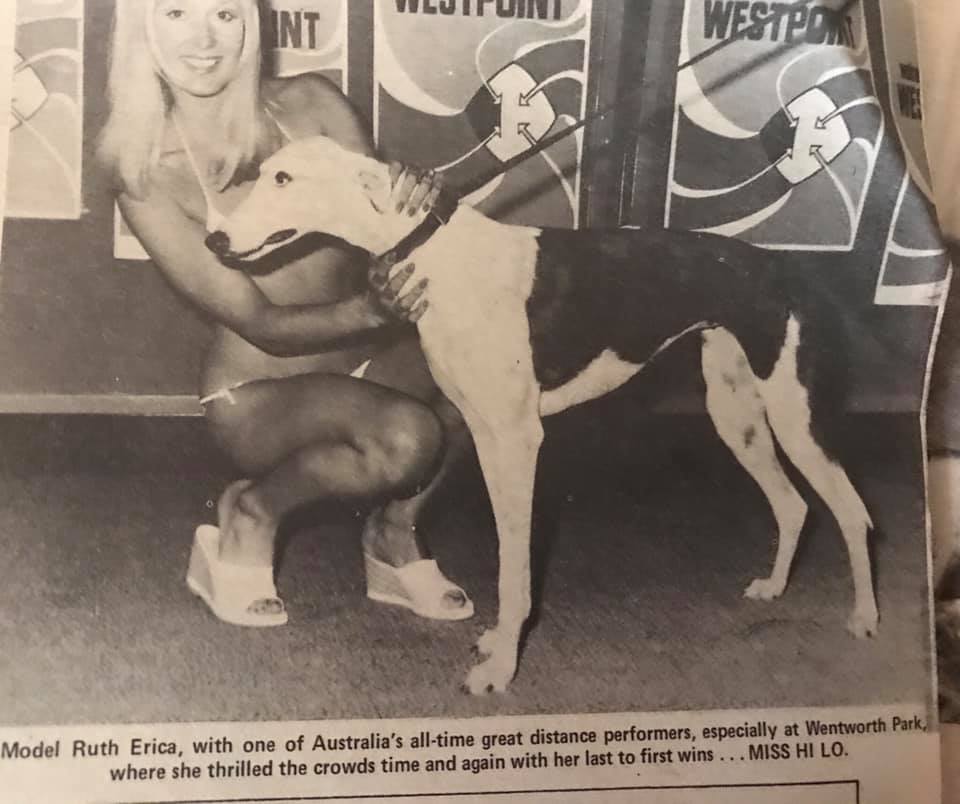