Noel Banks was probable the most knowable Greyhound person I have ever met and had the privilege to know. A decorated individual for good reason he was acknowledged worldwide as a breeding expert. Noel was a gentleman in the true sense of the word. Greyhounds were a major part of his life along with family and sport. He was awarded the Order of Australia (OAM) Medal in 1986, he was a Greyhound Racing Control Board Member for 24 years, a National Coursing Association Secretary for 17 years, National Coursing Association Executive member for 14 years and an original Director of the Melbourne Greyhound Racing Association. In addition to his work in greyhounds, Banks was a Justice of the Peace and a committeeman of the Bendigo Coursing Association. For 10 years he was president of the Kyneton Shire, the government nominee on the Kyneton Water Trust and a member of the Kyneton Sewerage Authority. He was also president of the Kyneton Football Club for six years, president of the Bendigo Football League for 14 years and president of the Victorian Country Leagues Association for six years and acted as president and treasurer of the Kyneton Golf-Bowling Club. Noel was also inducted to the Victorian and GCA Hall Of Fames. Noel passed away in November 2001, aged 80. His funeral held at his property at Cranbourne was attended by many and his friend of many years Ned Wallish former CEO of the GRV delivered the best eulogy I have ever heard. Here is a story Noel did with Andrew Thomson in 1997. Plus, a very nice shot of Noel with two other great industry men former GRV Chair Phil Power and great coursing man Silvester Doyle MBE.

Steven Van Oirschot -Totally agree. I knew Noel after he retired. He had a special love for the greyhound. Spent all his life breeding racing and administrating greyhounds. On top of that he was a gentleman. He was a great family man and had a beautiful family. He was a great bloke.
Jeff Collerson– only met him a couple of times but a thorough gentleman and an icon of the industry
Ian Rose– Spoke to him over the phone, a real gentleman 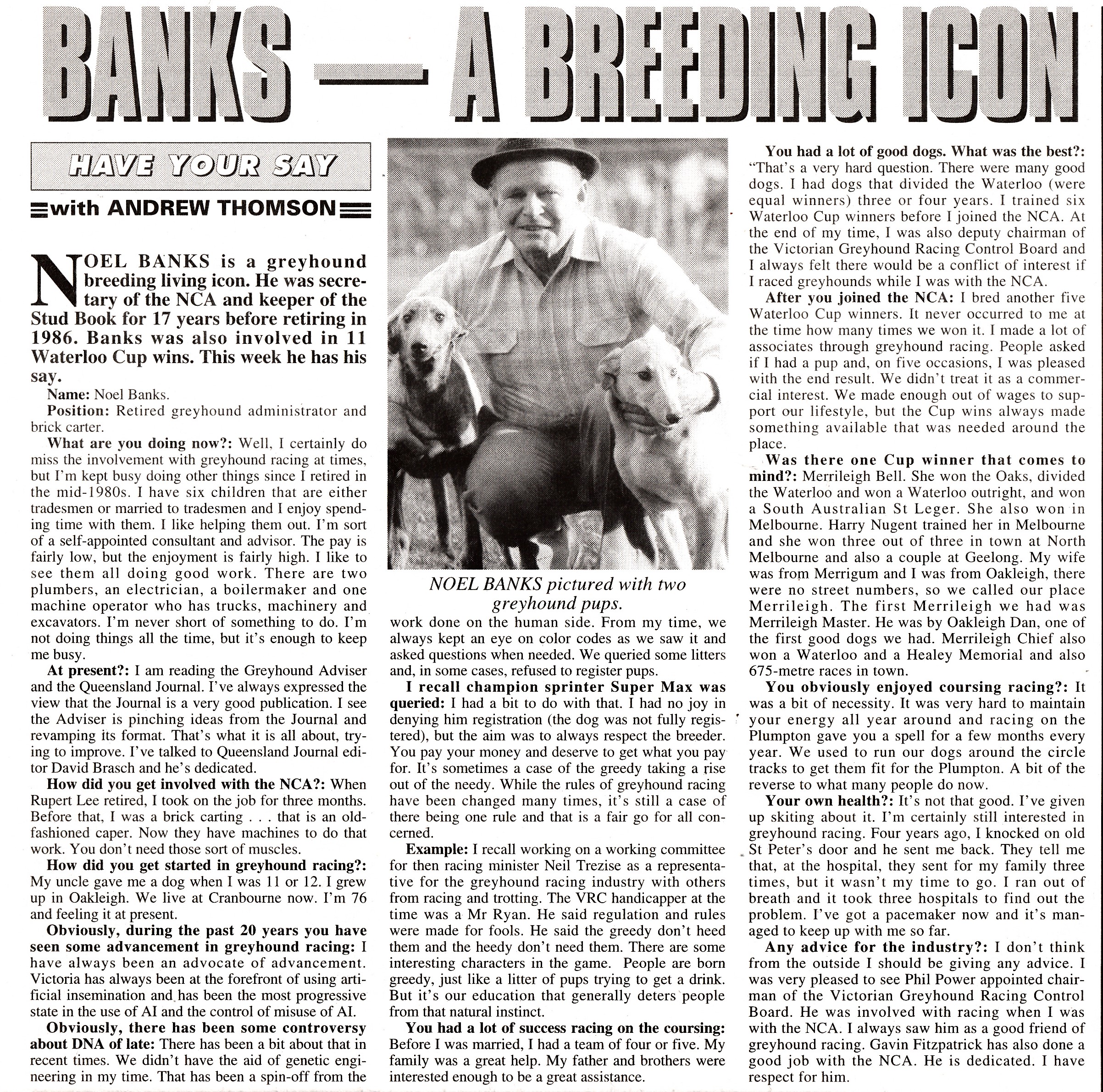 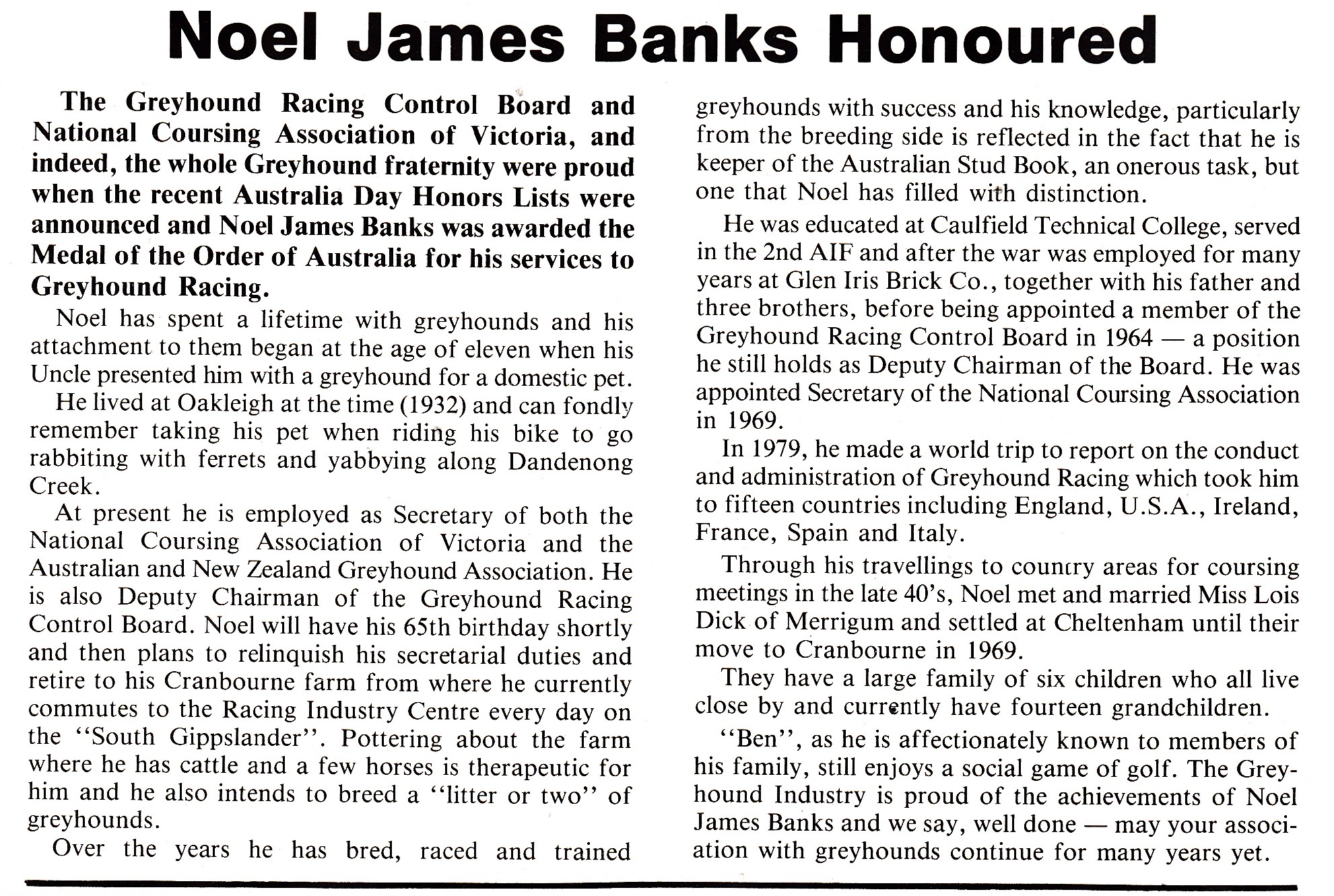 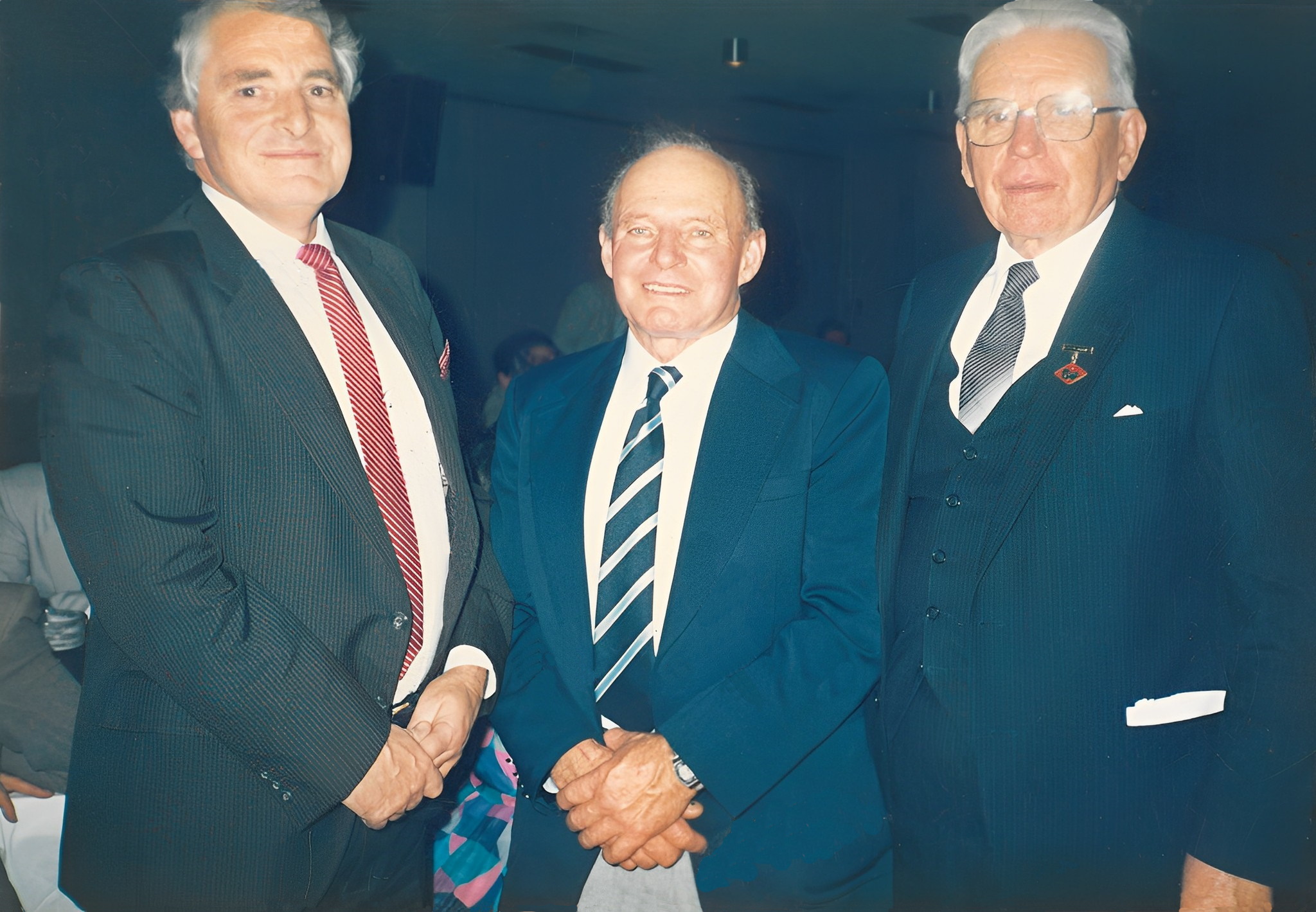