Here’s a Catching Pen wrap of the 2000 NDC. It was one of the thrills of my life interviewing Ricky Ponting. A wonderful supporter of Greyhound Racing he has stuck with us through thick and thin. One of the greatest Cricketers of all time, a game I played from five until 35 you can appreciate how excited I was to speak with him as I have done a few times since.

A wonderful stayer for Simon Barker was 2000 Victorian Greyhound of the Year Osti’s Joker. After his first 19 starts in NSW of which he won 11 including a 43.01 at Wenty Simon paid $7000 for him and transformed the dog into the best stayer in the country. A Blue Brindle Whelped on the 1st of December 1996 by Gallant Ruler from Versatile Osti he raced 75 times for 28 wins and 31 placings winning $187,840. He won the 2000 Sandown Cup, McKenna Memorial and John Dillon. When to Launceston and won the National Distance Championship (the biggest certainty I have ever seen on a dog track). Won the SA Distance Championship and the All Stars Invitation. Top bloke Simon he loved the “Joker” 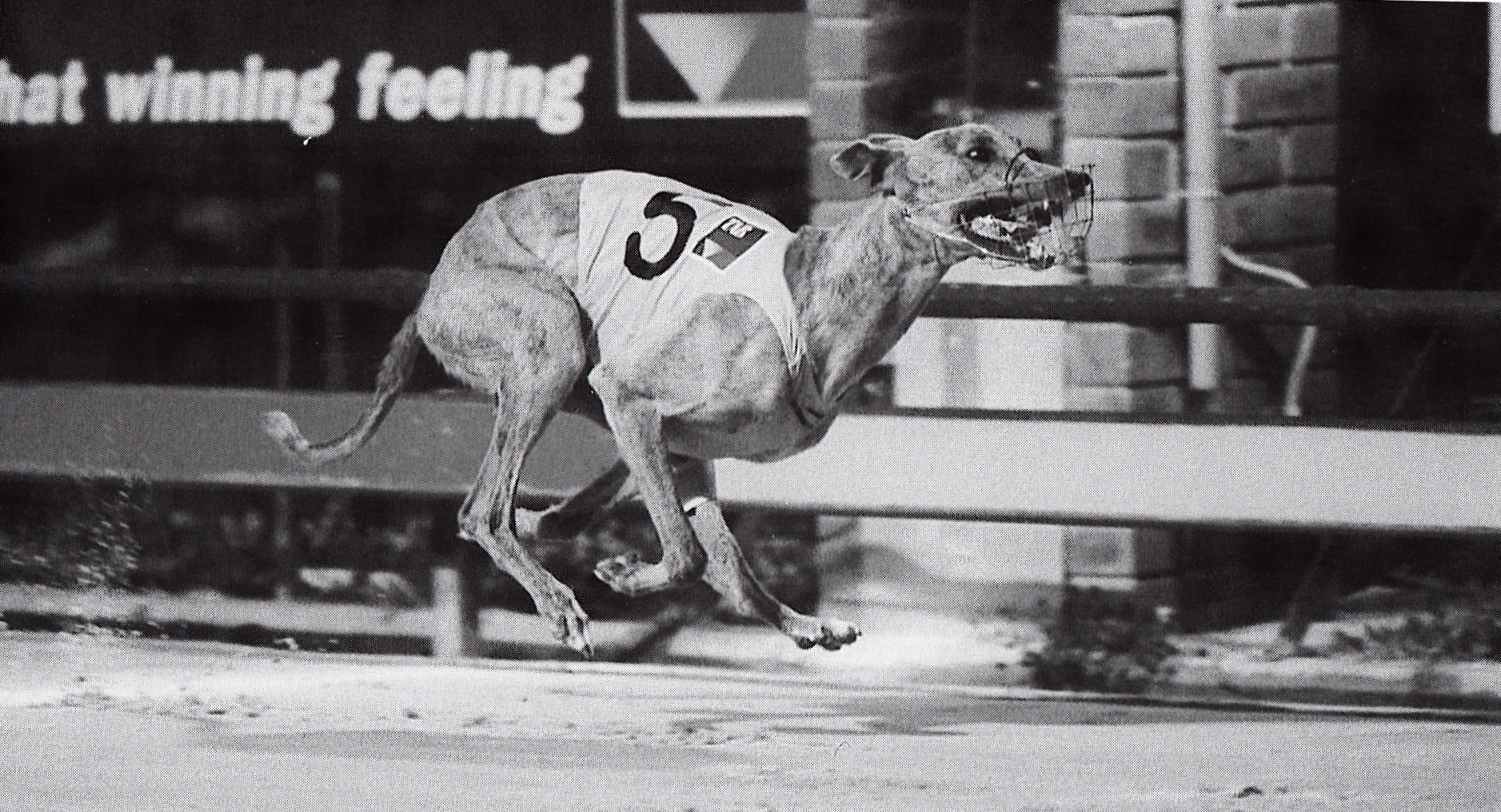 Terry Callen – I tried to buy him before Simon but my money didn’t come through in time
Edwin Caruana– Remember it well Neil, raced against Simon and Osti’s Joker a few times with Cool Train. I remember one night at Warragul in the Victoria Cup I think, they backed it off the map, I stuck pat with my bloke and lucky for us Osti’s Joker fell( harmless) on the first turn and we got the money. He did beat us in a big final at Angle Park a few months later. Osti’s finished up with $188k in prize money
Simone Wilson- He was one of my favourites to watch, especially when he was 1/2 a lap behind and still won! 18 months ago Simon joined us for a chat on RSN.…
Greg Hore– Top dog and bloke Simon. I was Secretary/ Manager at Bathurst in the early 2000’s and gave Simon a ring one day to see if he’d bring Osti’s Joker to Bathurst for a non-TAB 769m event. He obliged and whilst the Joker was unluckily beaten on that occasion he went on to win the 969m Marathom at Wentworth Park a couple of weeks later.
Tiger Nelson– Owned by ted doss an trained by choco curtale early in his career
Greg Hore– Tiger Nelson that’s correct.
Tiger Nelson– Greg Hore thanks greg (hypos lass )