Love these classic shots of a packed house at North Melbourne. I wish I had seen them race at the track. I went to Arden St after the MGRA had moved to Olympic Park. My cousin played for North Melbourne in the VFL. I clearly remember the track was still around the outside of the playing oval at that time. The other photo shows a player using it for training.

Doug Scott – Yes I remember it well I was there two betting rings had to walk miles to park the crowd was tremendous.

Rookie rebel loved this track he could rail the whole way.

Doug Scott – Enjoyed north melb hurdle races a great 675yds also and 400 odd rookie rebel reigned supreme railed the ears off most dogs…doug
Kerry Chalker– Coral Scott Ah yes Doug hurdle racing so exciting at the greys
Edwin Caruana– Never see that again unfortunately Kerry.
Kerry Chalker– Greyhound racing will never know those great years again unfortunately
Michael Bowerman– Kerry Chalker there be dogs today would be good hurders to. it be good if they could have one meeting a week for hurdlers.
Shane Flower– Thats my sporting double for me , the dogs and the kangas 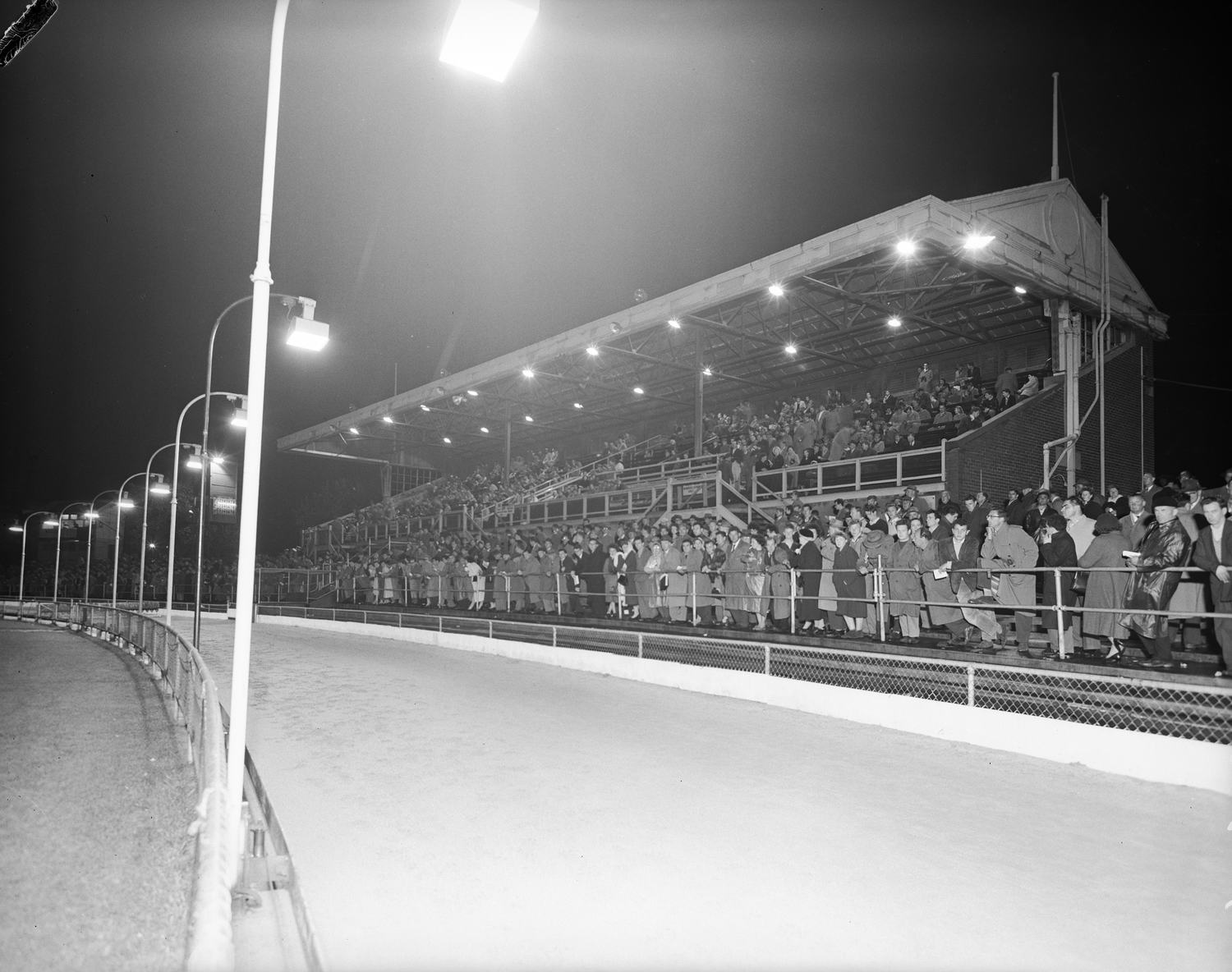 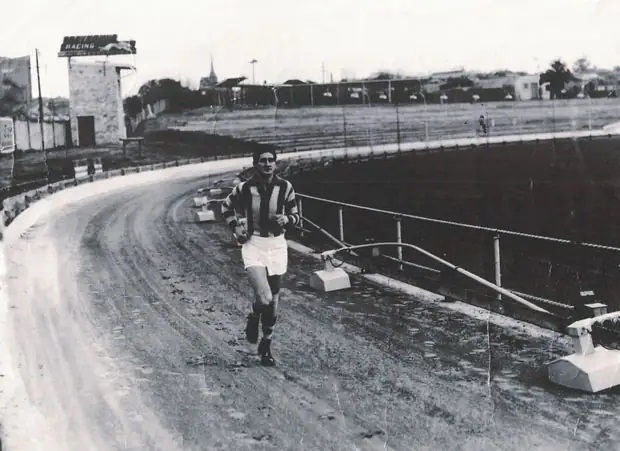 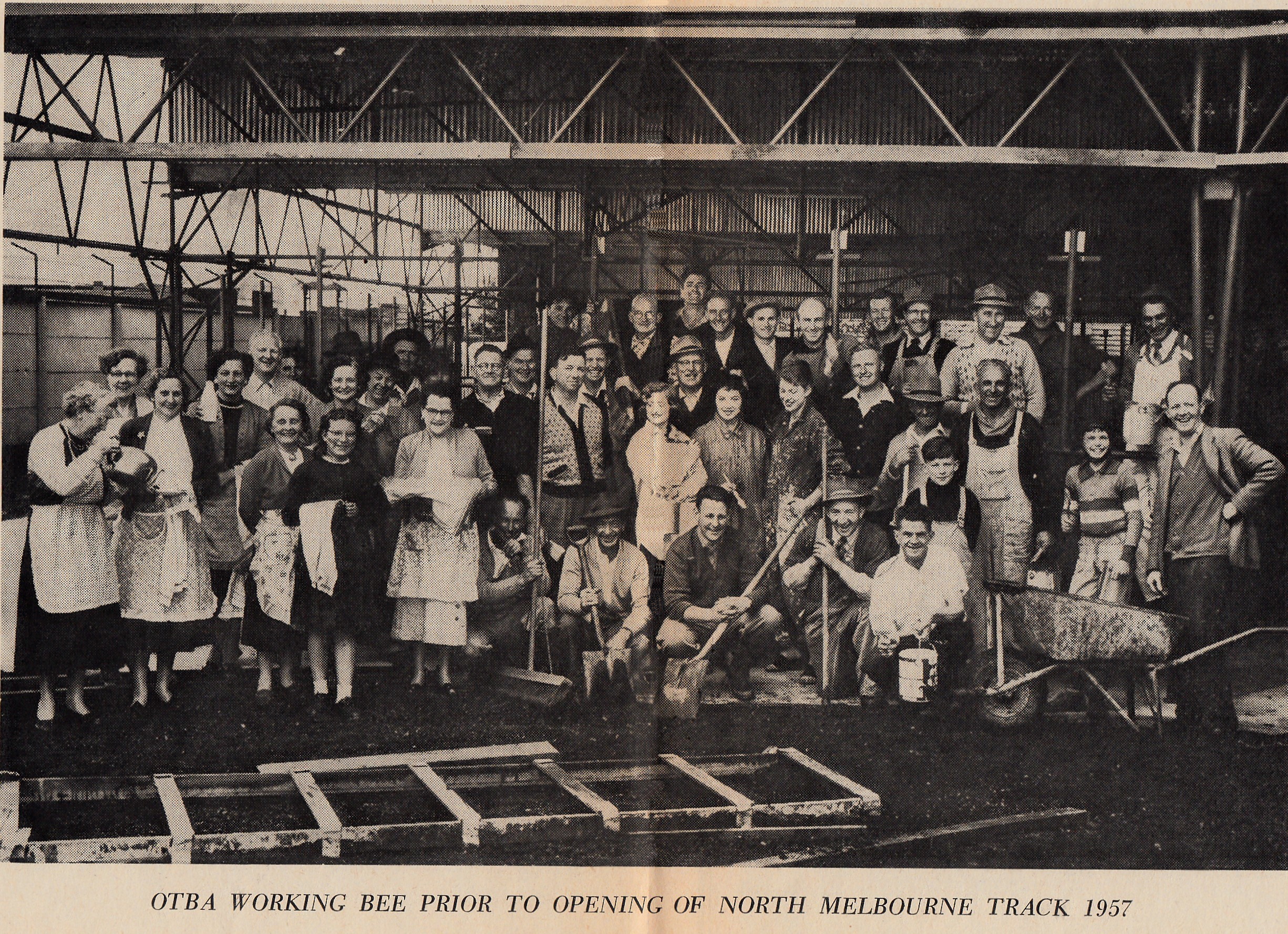 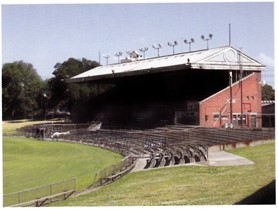 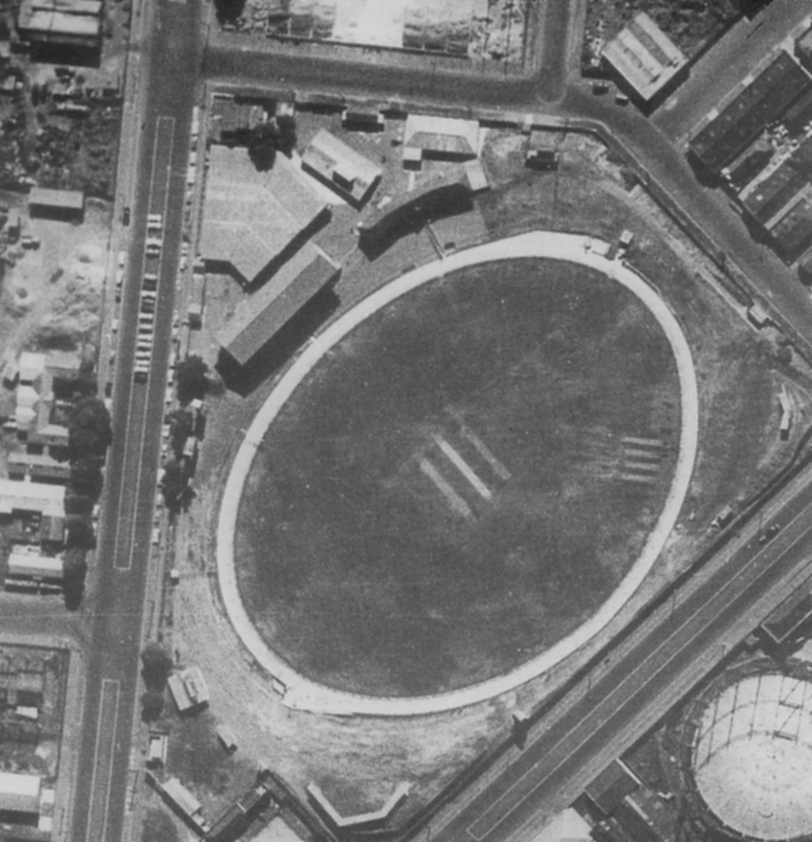