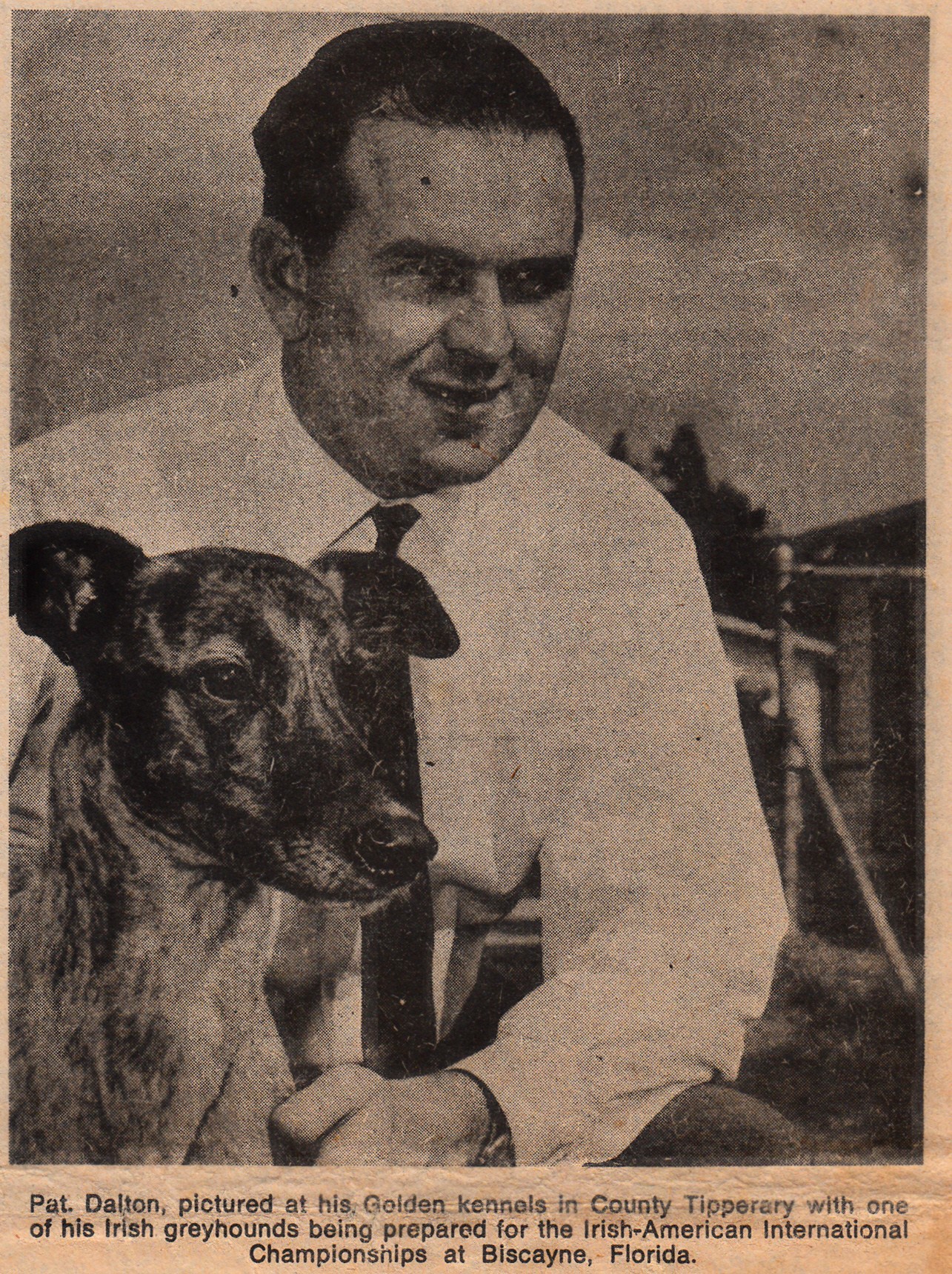 Not often you get the chance to meet a living legend. Here’s a pic I took of Sandown director Todd O’Neill with Pat Dalton at Clonmel in 2019. Pat, we got to know here during the International Top Gun’s 20 years ago. Hall of Famer Ireland and the USA went full time at 18 first went to the US in 1961 teamed with another legend the late Don Cuddy to take the yanks by storm. Pat claims his best dog was USA Hall of Famer Rocking Ship. Lovely man world greyhound icon.

John Stephens – Brownie, your mention of Don Cuddy brings back memories. When one of his chasers did not do so well in one of the (International) Topguns he just turned and said ‘he came out like toothpaste’. Nothing more needed to be said!

Robert Britton – Pat and Don, my inspiration to explore greyhound racing outside of Australia. Both legends, but both down to earth dog men who love talking dogs.

Jeff Collerson – When I took a tour to Ireland Pat hosted us at his house and farm at Golden, in Tipperary. One of our group, a modestly successful trainer, stunned us when he advised Pat you could not rear top notchers there as the soil was too sandy and the pups would have splayed feet. Pat gently reminded him “Rocking Ship was reared right where you are standing so I think that theory is a bit of an old wives’ tale” What a genial guy, I took him to Harold Park dogs one night and he was highly impressed by the track.

What a wonderful bloke. He and his wife hosted us at their farm at Golden, in Tipperary, when I took a tour overseas comprising bookies, punters and trainers from NSW, Vic & Qld.