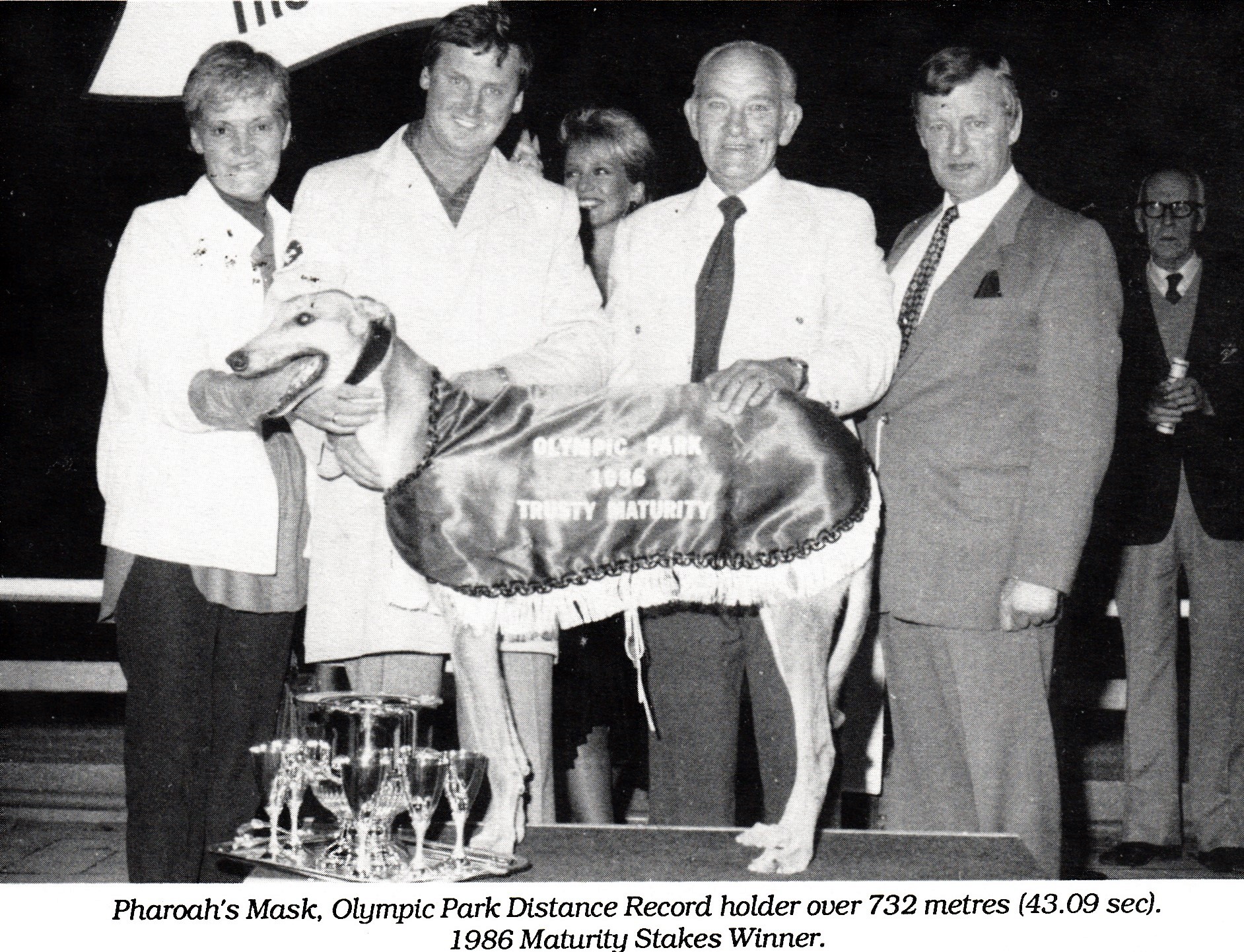 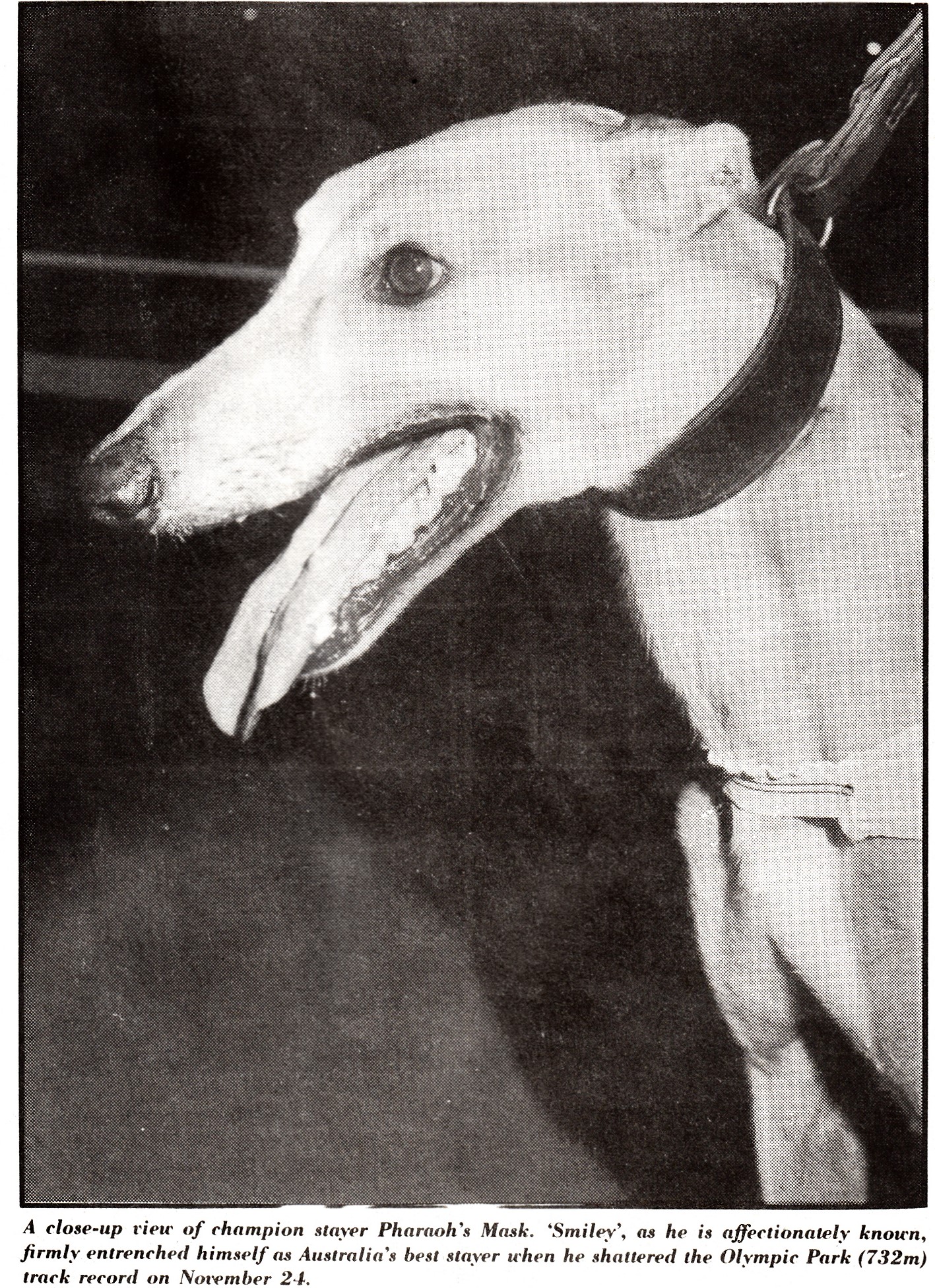 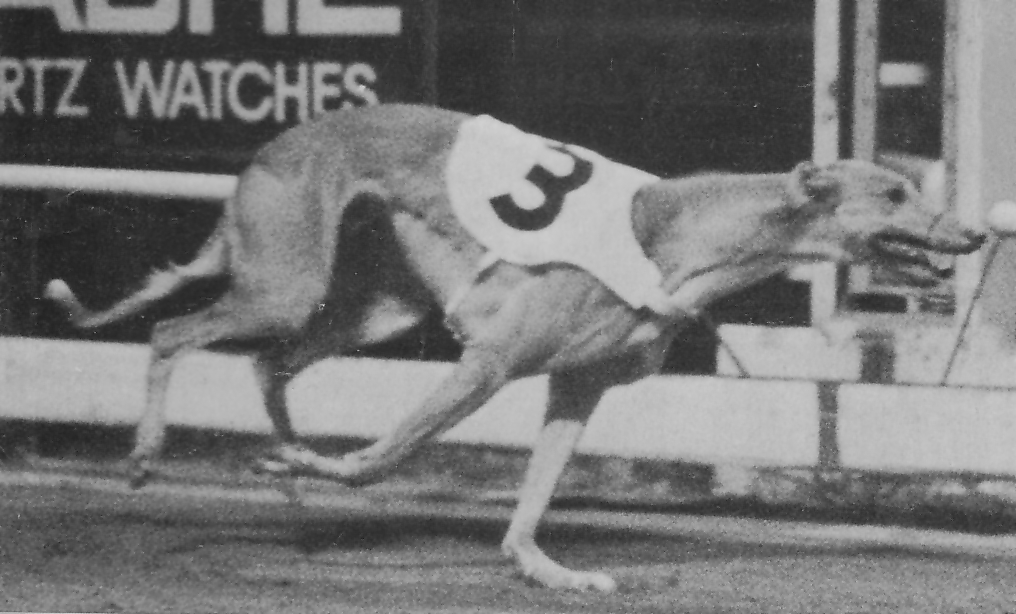 Perhaps the best win of his outstanding career. Pharaoh’s Mask came from an impossible position to run down Bold Trease at Sandown in the Dillon of 1986. No doubt he had Bold Trease’s measure when they met, stats don’t lie, he beat him every time bar once, when he was injured in running. 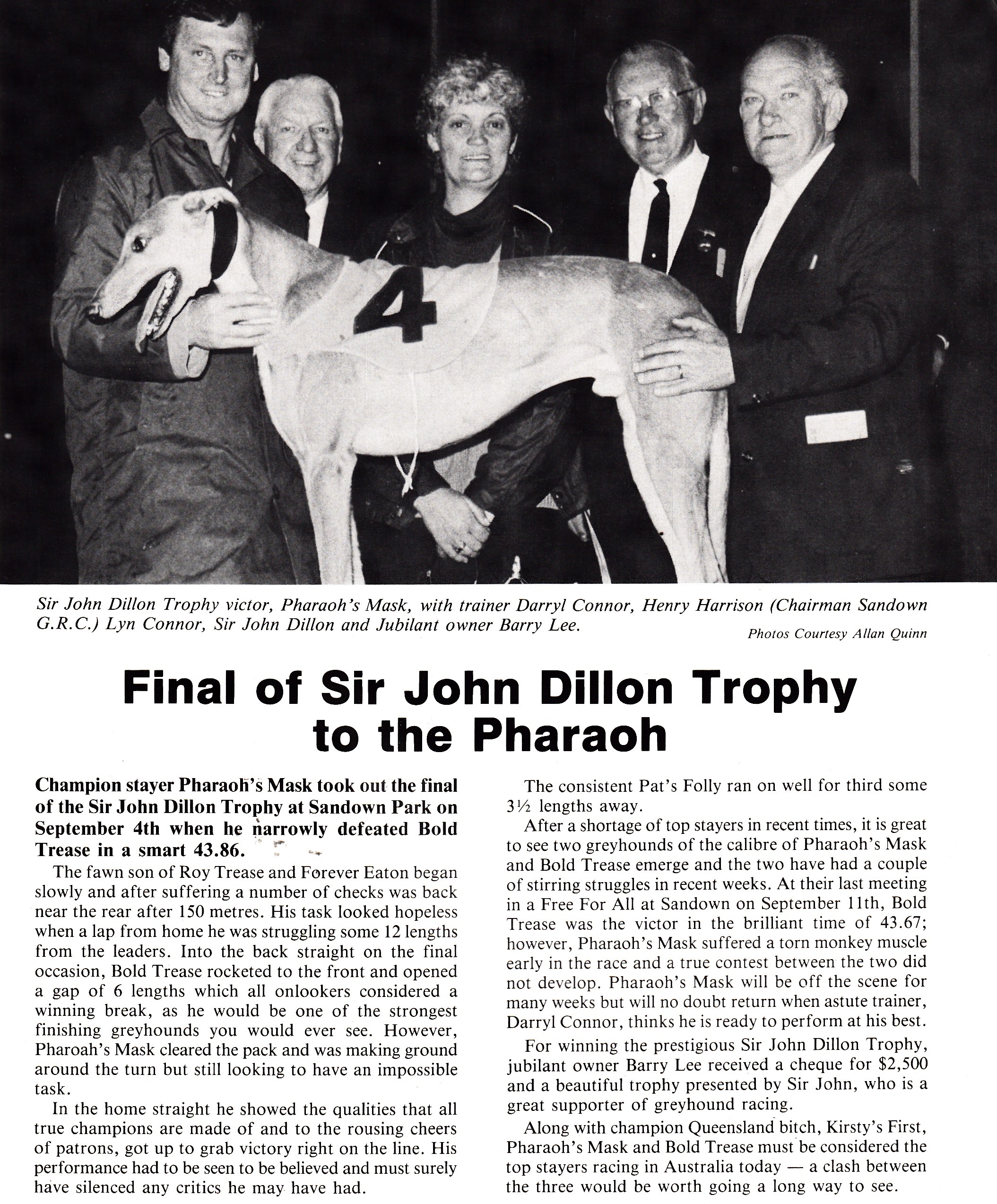 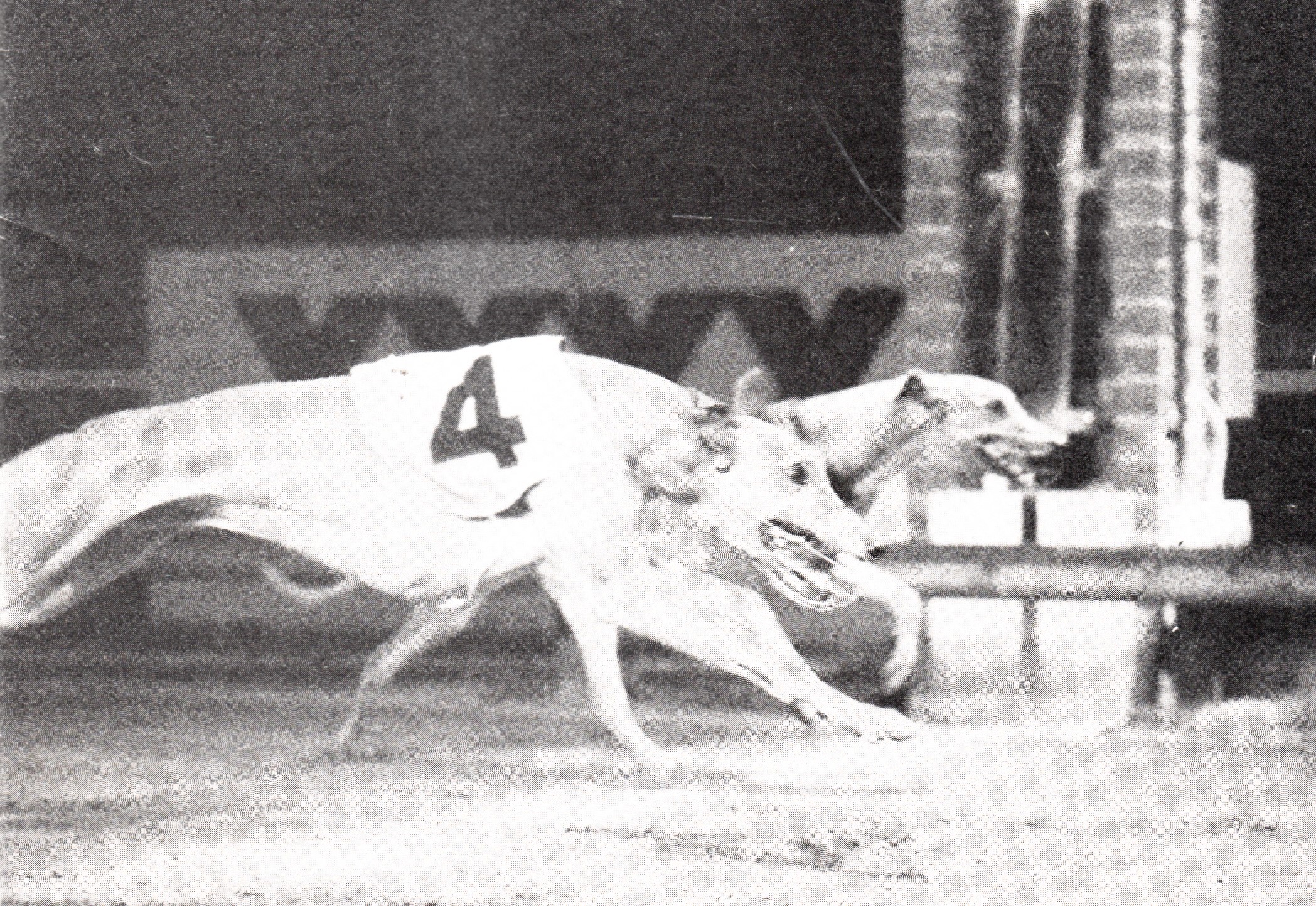 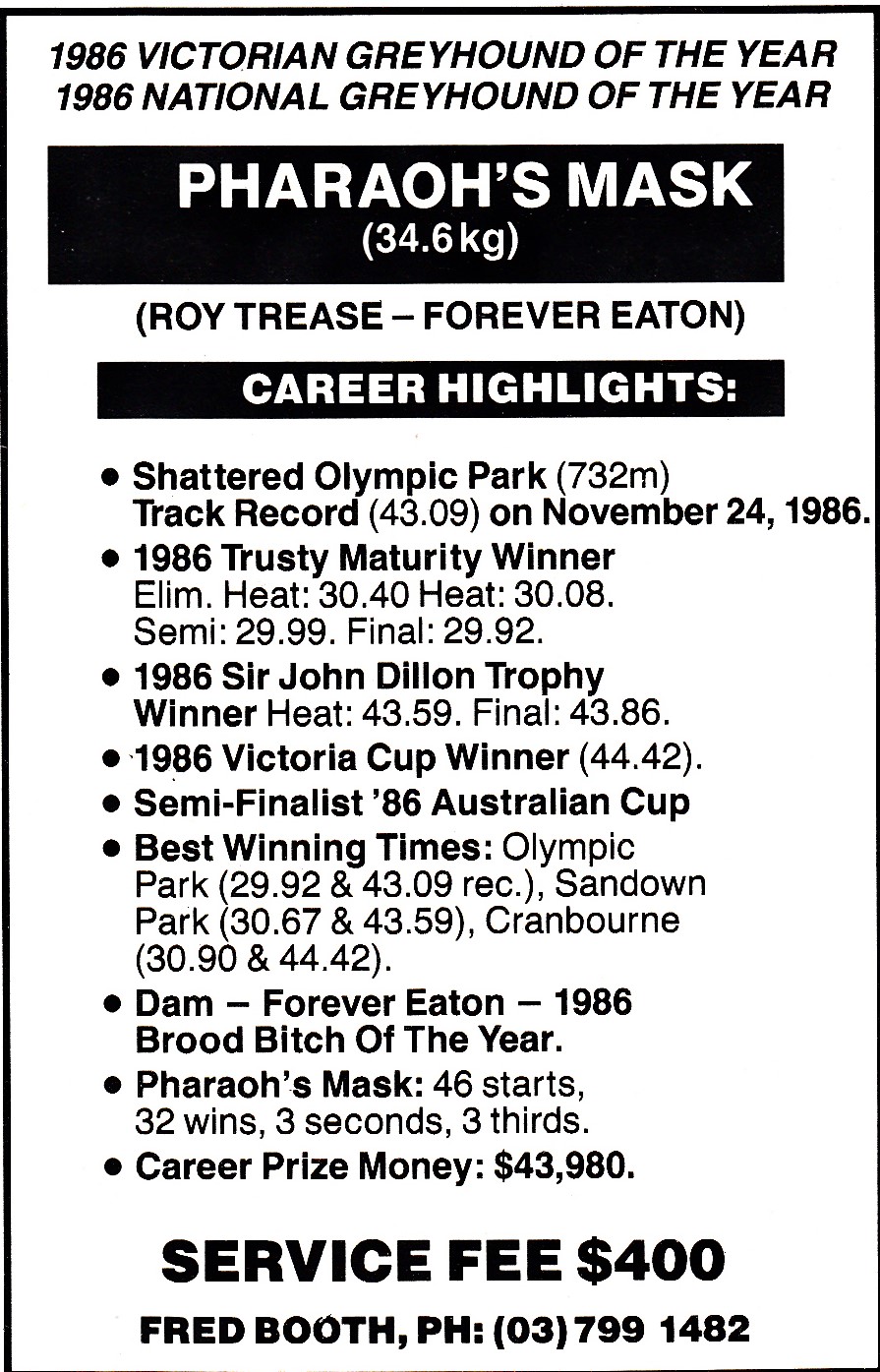 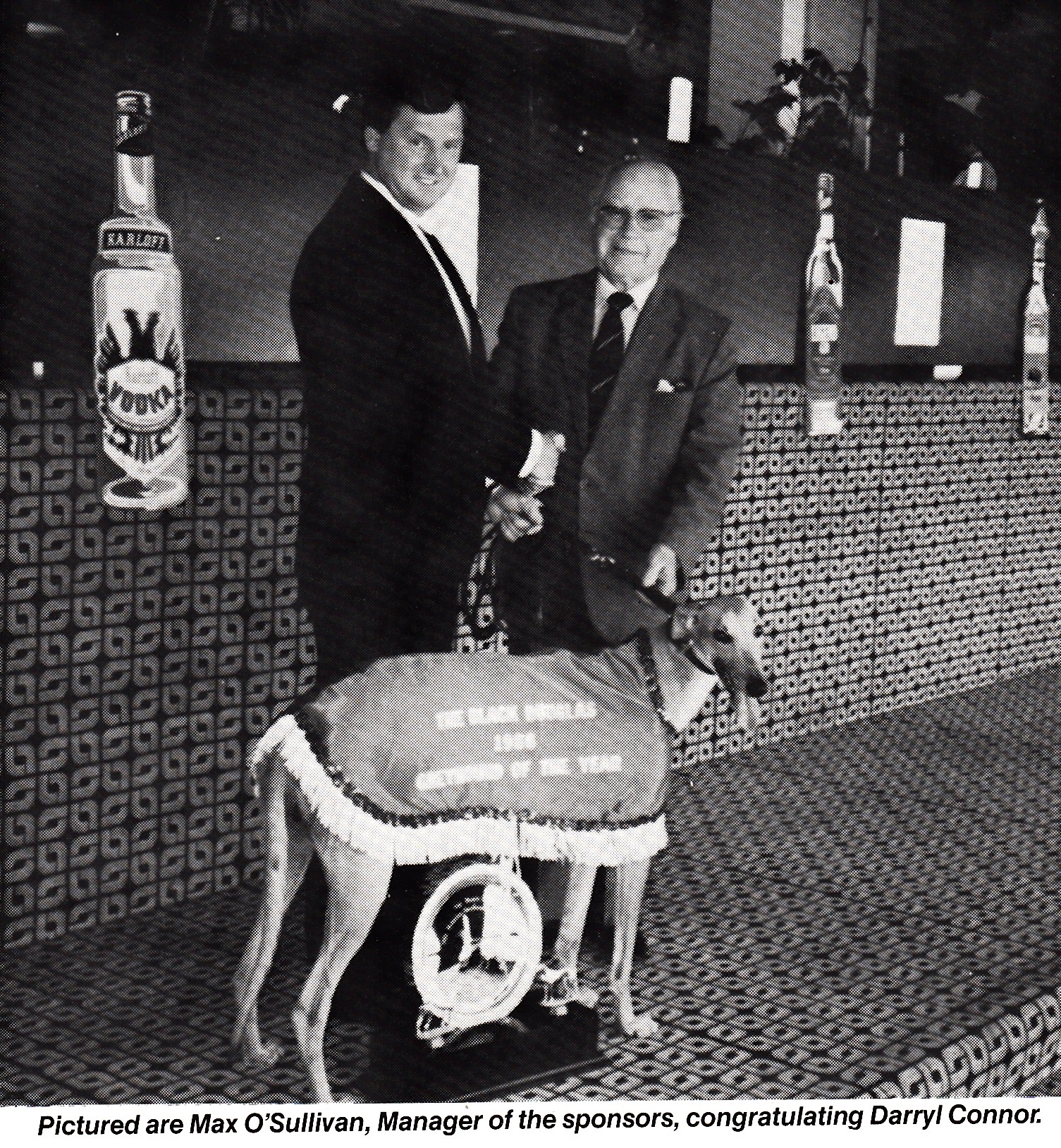 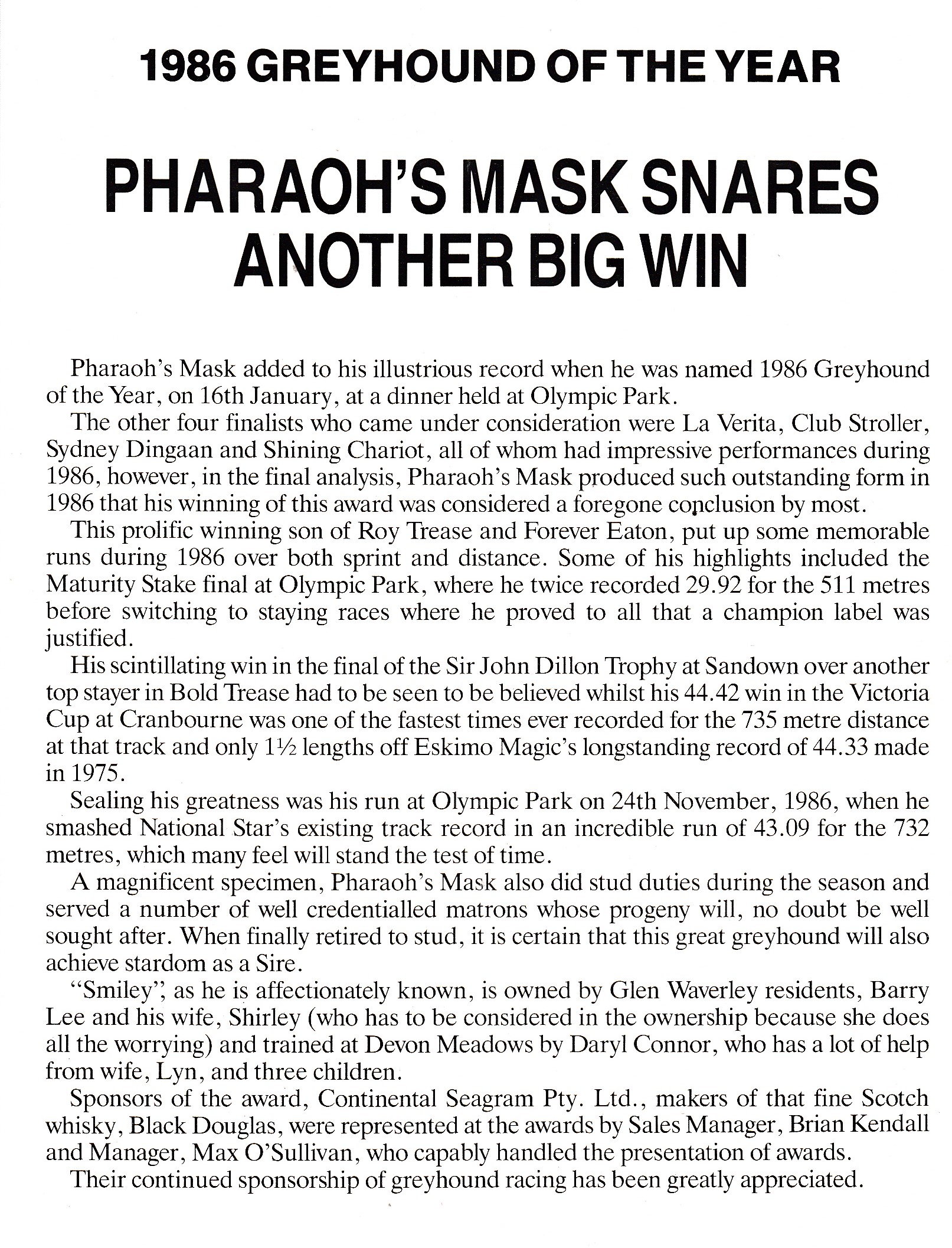