John Stephens sent me this classic Allen Quinn photo of Victorian’s only hurdle dog inducted into the Hall of Fame Odearo. Raced by Caulfield clocker Mick Fox and kept on the track by George.

He was the best hurdle dog I ever saw the great Odearo. In an era when Hurdle racing was loved he was the best.
Winner 1970 Olympic Park Hurdle Championship
Winner of 19 Metropolitan Hurdle Races
Warragul 430m Hurdle Track record Holder
The only hurdler in the Victorian Hall of Fame the mighty Odearo
Winner Sandown Park hurdle (0 yards) October 22, 1970.
Fifty years ago greyhound racing regularly drew huge crowds to the track, with hurdling a common and spectacular element of the sport. When it came to hurdle racing, a greyhound named Odearo stood head and shoulders above the rest. So dominant was Odearo that he is regarded as the best hurdler of all time. “He had an enormous leap. He’d jump so low and so long that he’d out jump every dog he came up against”, trainer Arnold Porter recalled. In Odearo’s era 1969-71 the masses would head to Olympic Park on Monday nights and Sandown Park on Thursday nights to catch the racing action and to try their luck with the 80+ bookmakers that lined the respective betting rings. On their way into the tracks, some were fortunate enough to catch a glimpse of Odearo, who had pop star following. “His looks were distinctive. He had a brindle and white head which he’d poke out the rear car window when we’d drive to the races and a lot of people in the streets would recognise him and ask ‘is that Odearo?’”, Porter remembered fondly.
I didn’t recall he stood at stud for Peter Giles.

Peter McCloud – Super hurdler
Kerry Hawkins– Never seen this bloke however watch wineburg many a time
Coral Scott– Chummy Parkes had a great hurdler in the 50s called fine chief was free to all over jumps and amazingly was free to all on the flat a white and broken colour if my memory is still working?..Doug
Graham Whitford– I have never forgotten Odearo, my fave all time hurdler. if my memory is correct the handicap boxes at Sandown had to be moved forward because he won so many races he was behind scratch. What a shame we will never see hurdles again.
Robert Colpoys– Graham Whitford you are correct great dog used to just out jump rivals
Kerry Chalker– Arnold was proud as well of the fact that he trained the first winner at Cranbourne. 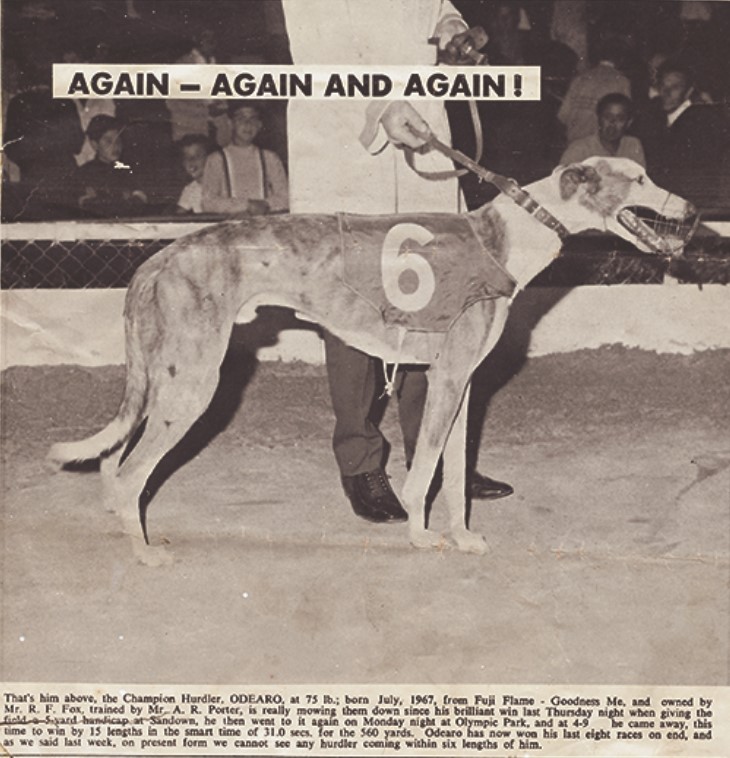 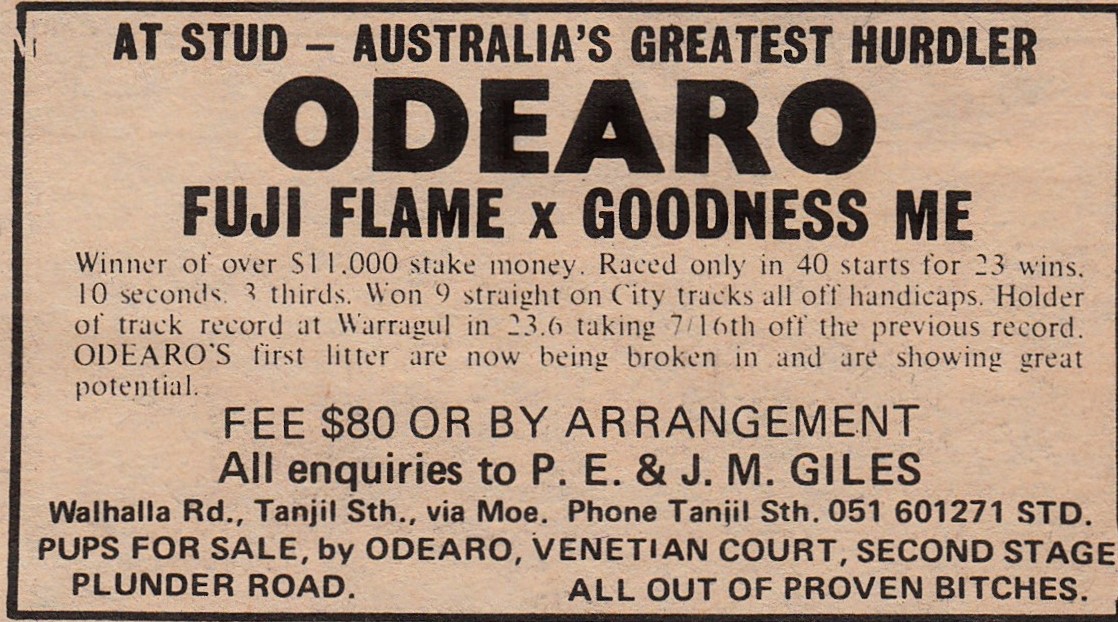 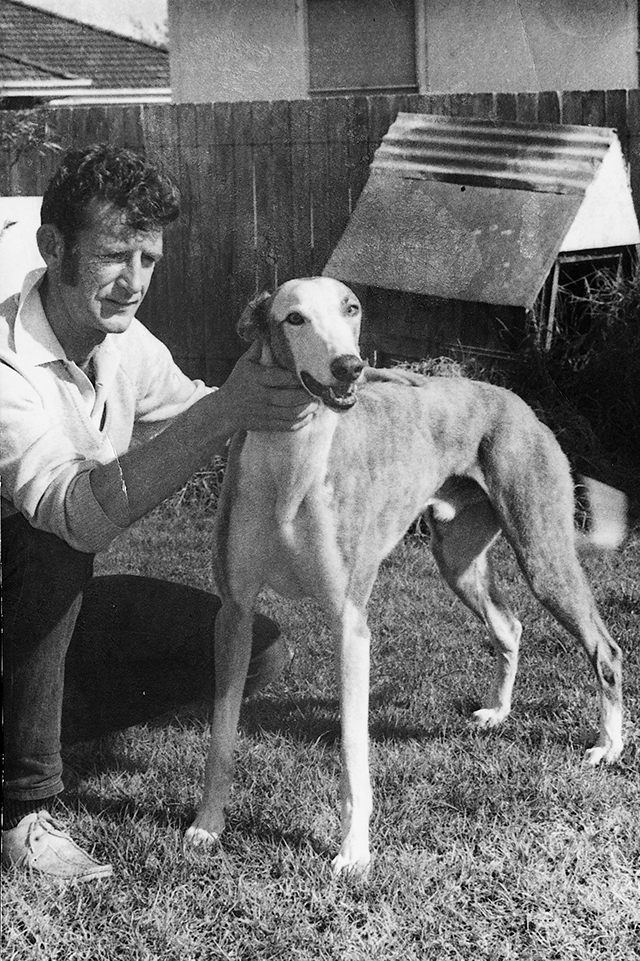 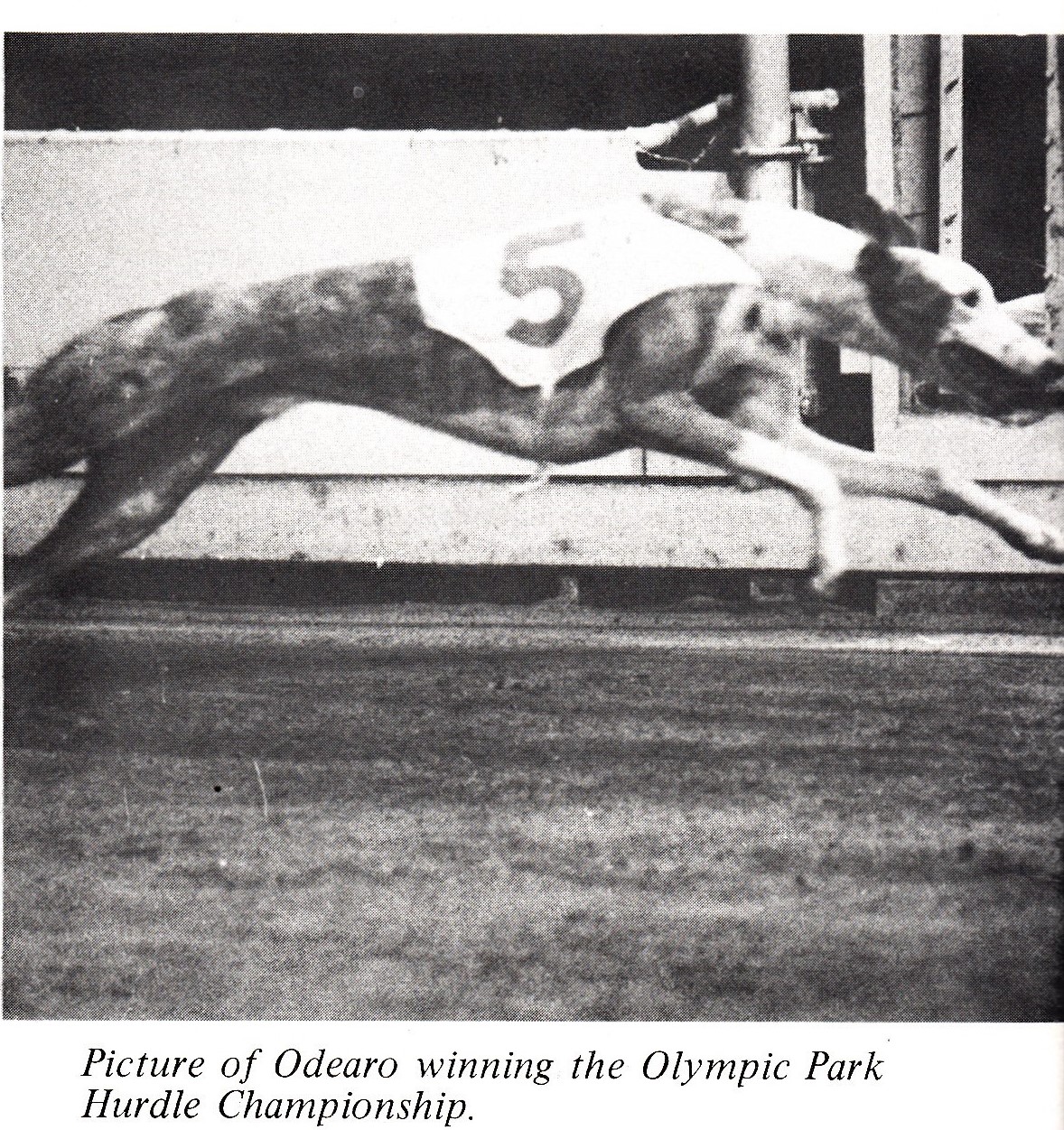