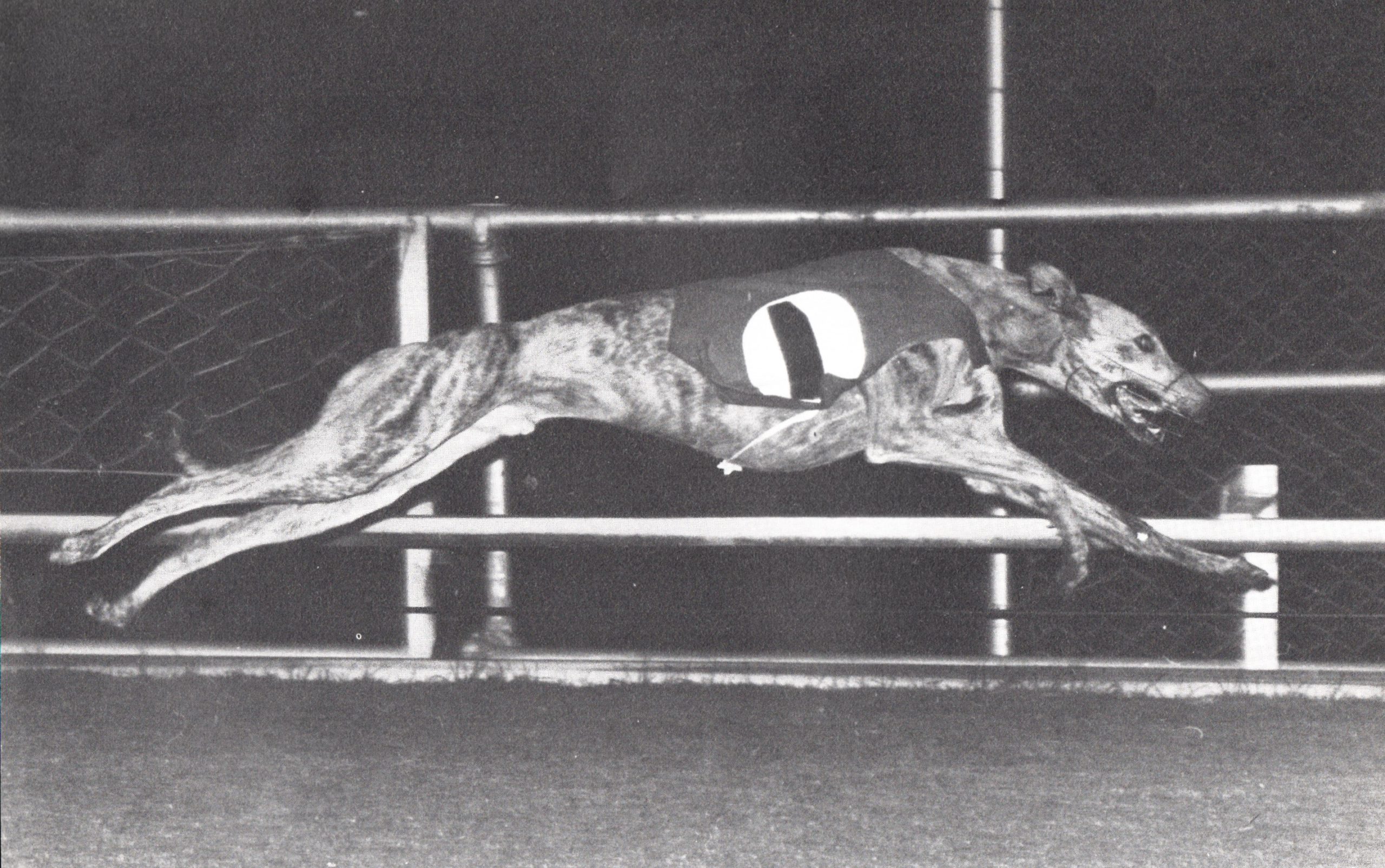 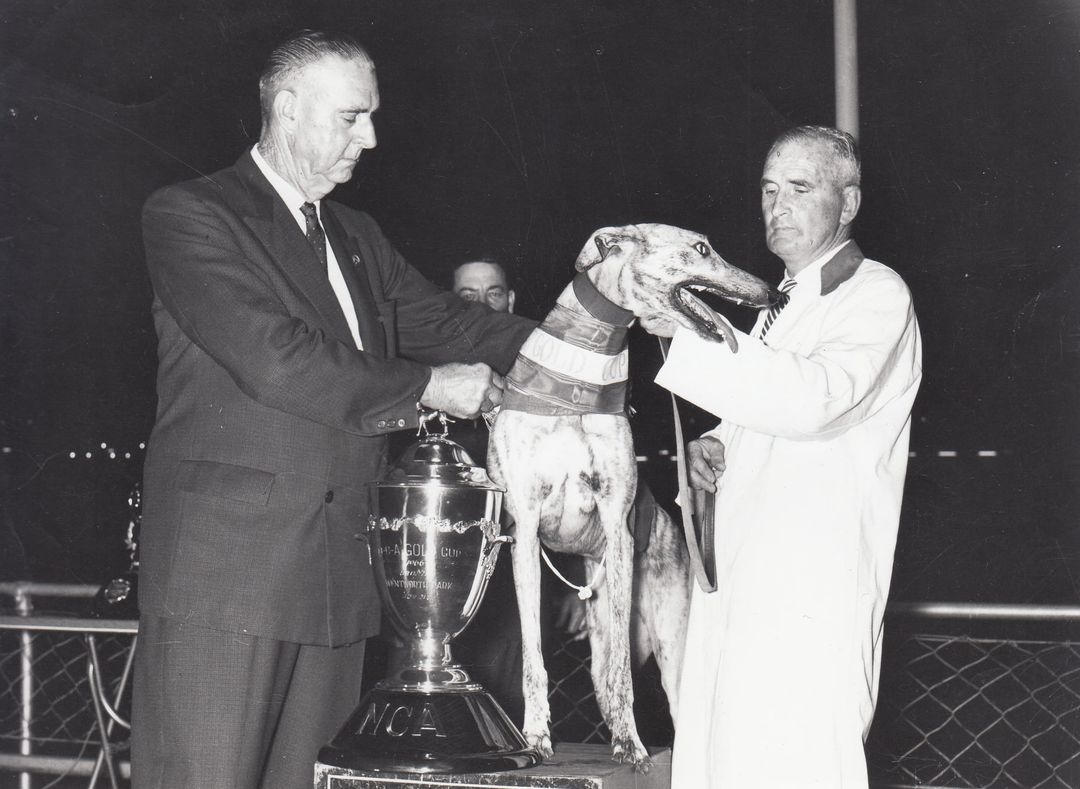 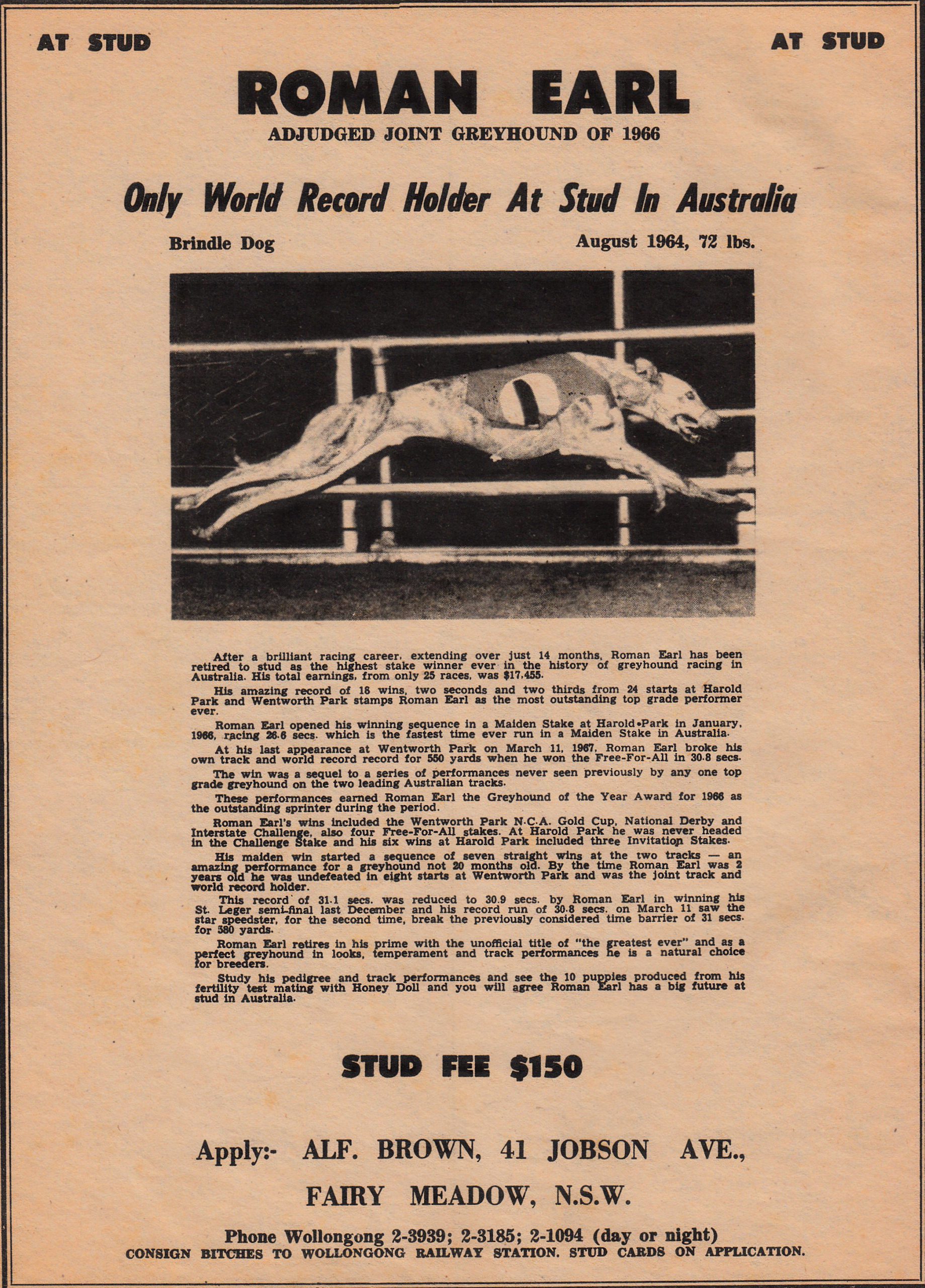 Glenn Tattersall former president of the NCA presenting to the brilliant beginner and his trainer Alf Brown from the south coast of NSW.

Jeff Collerson – Fantastic box dog. Bookies always gambled against him, he was seldom odds on because it was often expected an especially strong finisher would get the sit behind him at the first turn. But he was rarely run down. Trained by Alf Brown at Wollongong. Had an undershot jaw so was rejected by a few buyers as a pup

Don McMillian – That’s right Jeff he was on a farm out of singleton.