A great Olympic Park sprinter was Roo Power she had many a battle with Half Your Luck. Here she is flying the boxes in a heat of the 1974 Australian Cup. She finished runner-up in the final to Kim Monaro both started 5/2 equal favourites. Perhaps the boxes made the different the winner had 1 and Roo Power 8. She was raced by the popular Cafiso brothers who used film the city races on top of the Grandstand on Super 8.

John Stephens – Famous for the Moomba fireworks incident when she eased as the crackers went off. Courageous decision by stewards to declare No Race
Pat Burley– John Stephens John he vowed he would never race in Victoria again. Twenty years later he was still as dirty azz.
Pat Burley– Shit Brownie your killing me. Sandy was my best friend .I’m howling like a baby . I have some photos here of Roo power & some of her battles with half your luck. I’m not ashamed to say I miss him every day.
Neil Brown– Pat Burley Lovely bloke went to his home in Chadstone over 20 years ago and he gave me some film from under the house which we had transferred. I remember those FFA’s at Olympic with HYL sensational. Both brilliant dogs quick early.
Edwin Caruana– Pat Burley My barber in Werribee is married to Sandy and Joe’s sister, I have his phone nthat’s when the MGRA stopped racing on the Monday of Moomba weekend. Roo Power was about six in front when the fireworks started.
Rob White– Edwin Caruana I remember all the talk about it. A punter I know was fuming.
Rob White– Edwin Caruana remember the rolls Royce I think breaking down on the track?
Edwin Caruana– Rob White I do remember, very embarrassing. 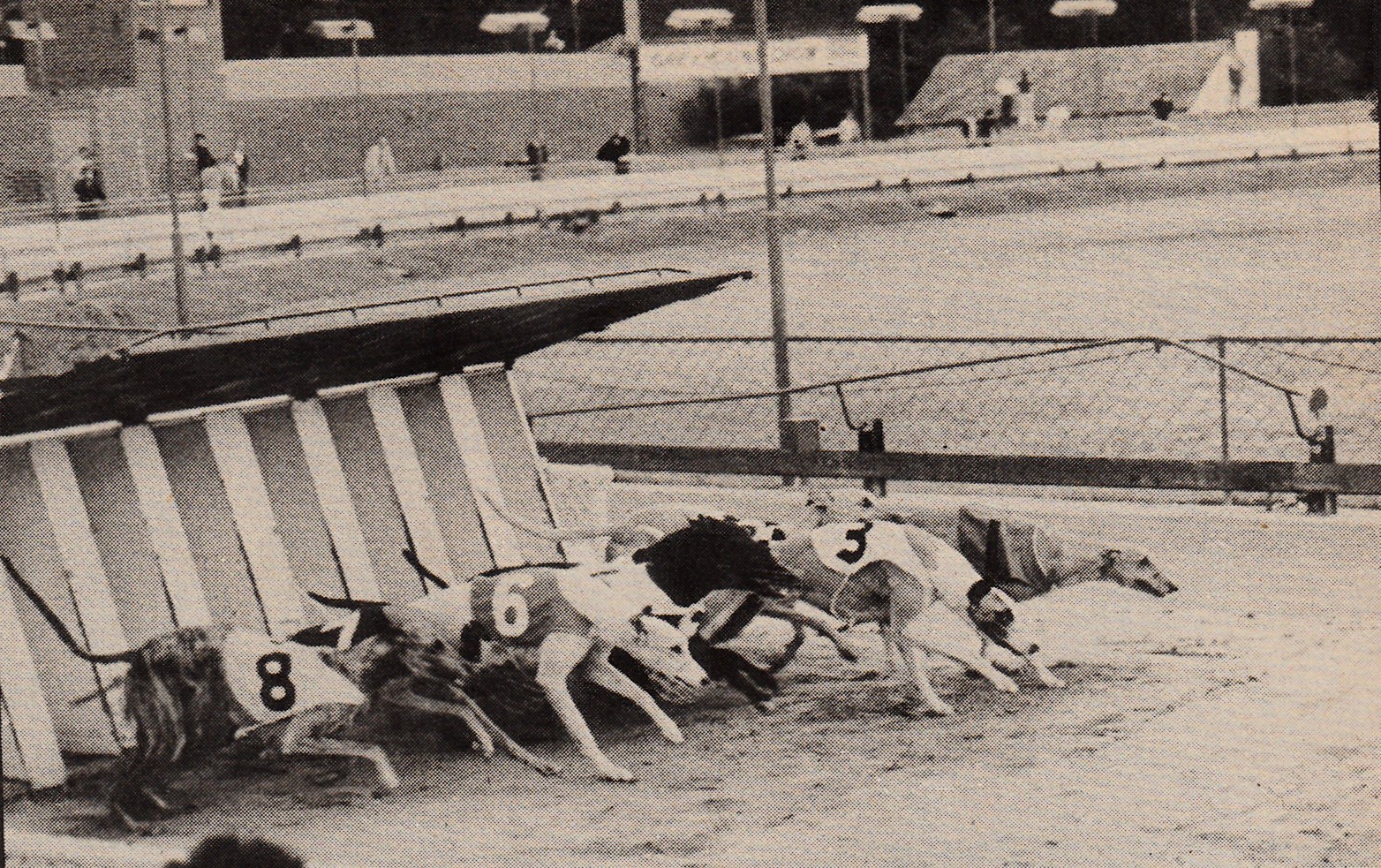