San Remo (Come On Wonder x Rivera Moss) Won the 1979 Silver Chief. Won over both City distances at Sandown and Olympic. Held the Sandown 718 record 43.13. Retired in the peak of career due to injury. I trained some of his pups for Greg Miller from the mighty Picture This only one won in the city the well named Day In September.

Dennis Huxley recalls the following true story in regard to San Remo – You can put this on the San Remo page if you like. 100 percent true. We arranged for a San Remo pic for the either Sporting Globe or hopefully the Sun (as it was back then). Down at St. Kilda beach with a well breasted girl – the only way to get a greyhound picture in the paper in those days but it was a boiling hot day, something like 40c The photographer, Ray Jamieson, had the girl running along the beach and he must have taken a dozen shots of her bouncing along but in that temperature I called enough. Just say the word Brian and we will settle for what we’ve got. if you remember Brian had a bit of a stutter but he didn’t miss a beat. His exact words I don’t remember but it was something like: “No worries, keep on going until you’re happy” without the hint of a stutter.

Plus, His heat win in the Silver Chief was the only winner Peter Pearson didn’t tip on the night. 9 winners 1 second. 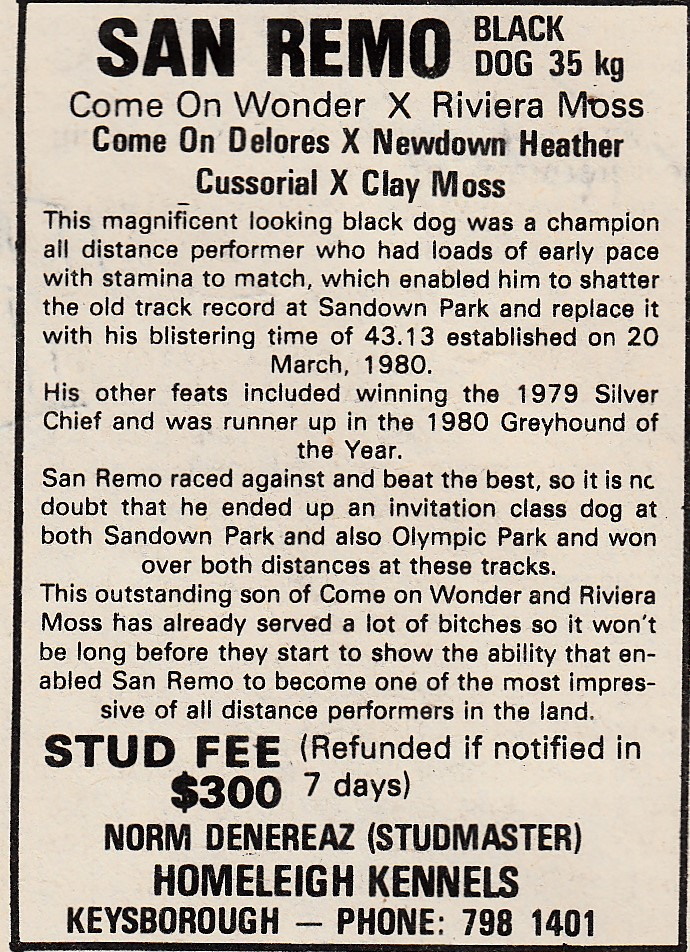 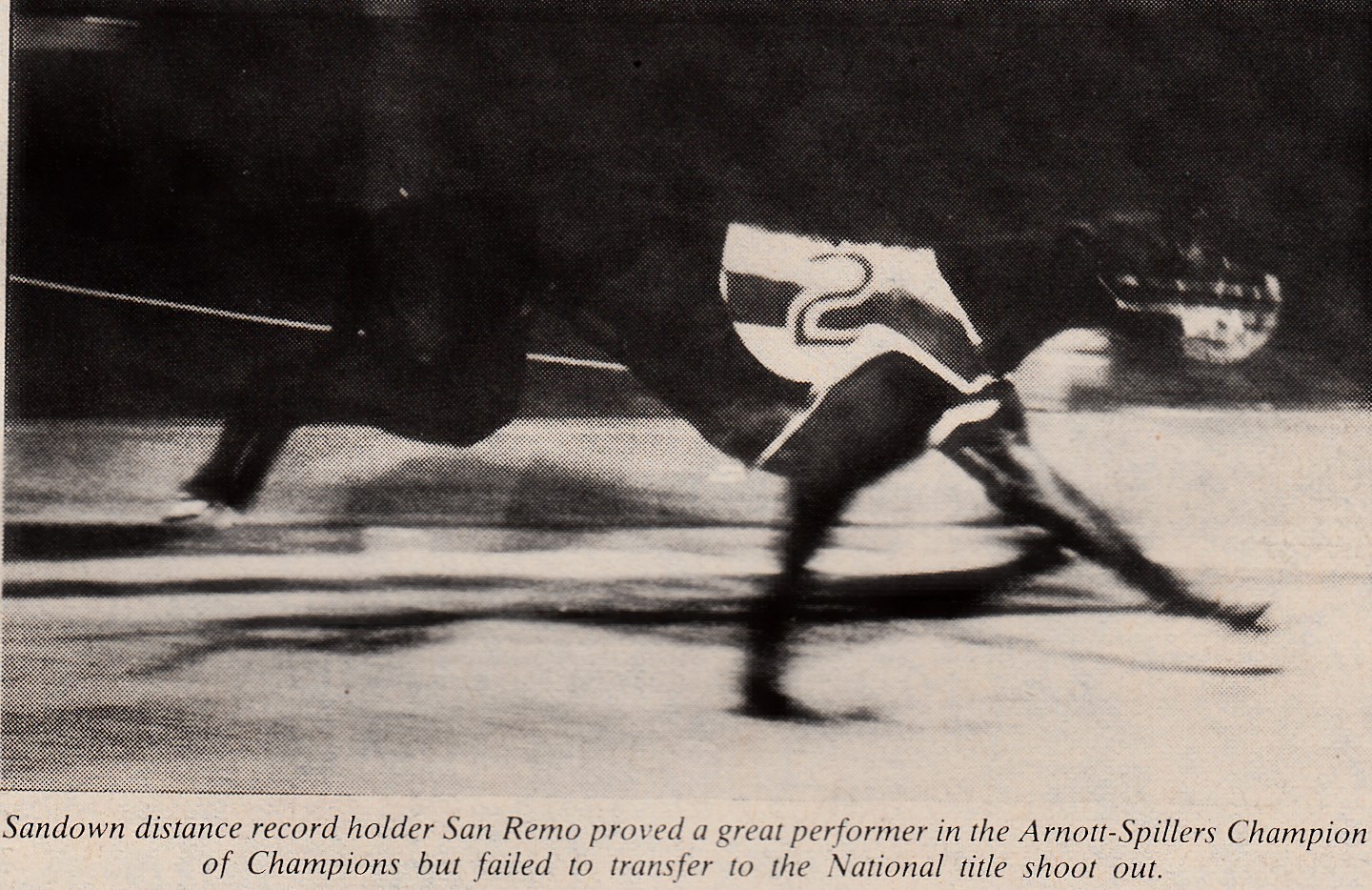