Gaint killer Shady City defeats Bold Trease at Harold Park in July 1987. The $15,000 De Costi Seafood Interstate Challenge. biggest crowd seen at the venue for a long time. The club decided it was a no betting affair for fear of dopers. However, there was no shortage of side bets. Shady City was a trial track sensation held track records at Richmond and Bathurst. While Boldy needed no introduction he was a superstar of his era. What wasn’t expected Bold Trease led and opened up a six length break a position he nothing about, having used up his finishing burst speed Shady City raced past him to win as she liked in 43.23. 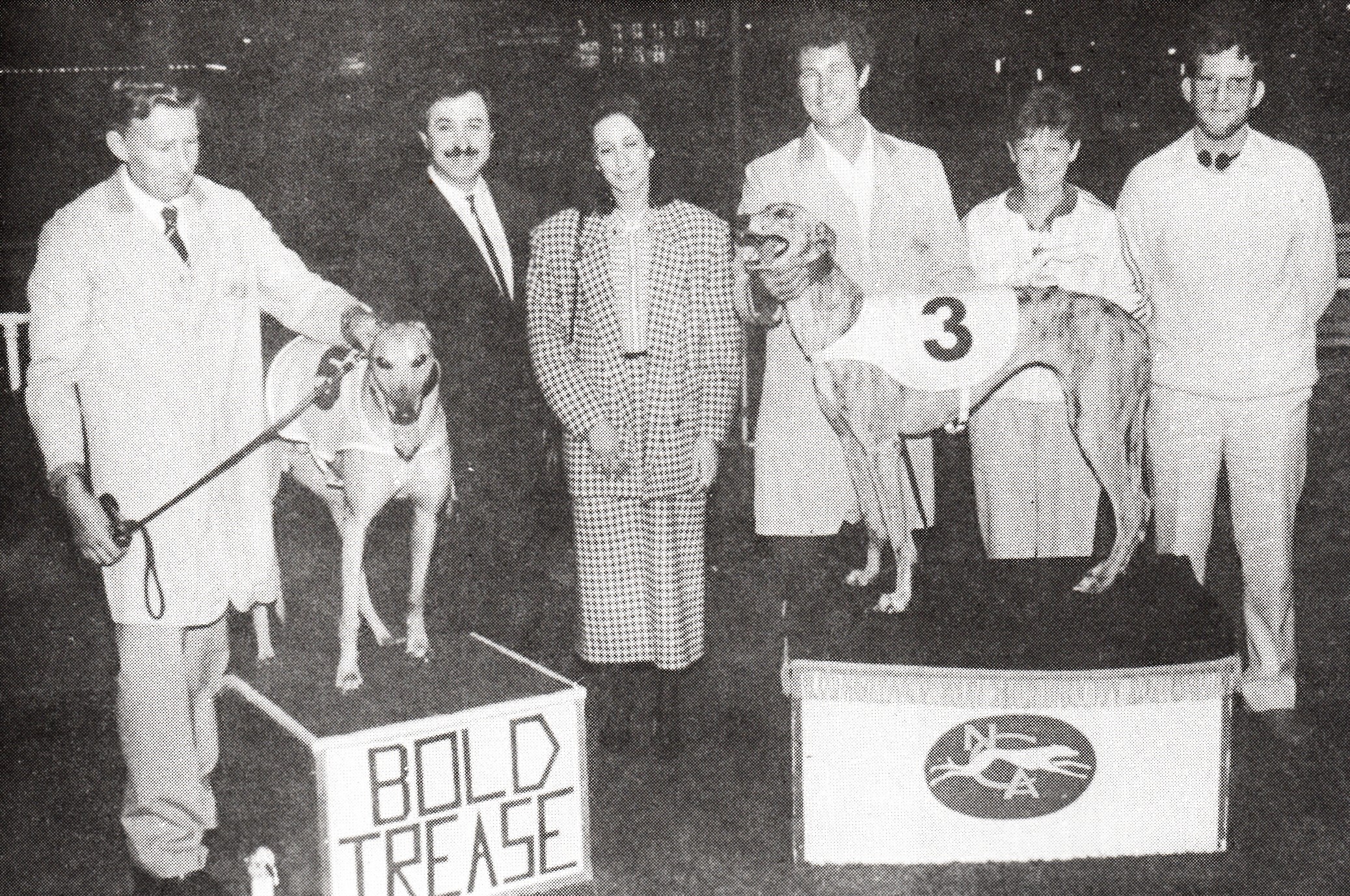 Darren Leeson – Found the above video on Youtube thank you Darren.

Gary Smith – I was in the kennels getting one out and I think it was the Association Cup at Harold Park and the caller called Bold Trease 10 off the leader and said he couldn’t win coming into the home straight and he won easily, still the best stayer I have ever seen 👍
Jeff Collerson – Bob Littlefield who had Shady City concedes to this day that Bold Trease went into the race underdone. He reckons Bold Trease’s connections under estimated Bob’s bitch and he was short of a gallop. Good sportsmanship from Bob Littlefield who also had good stayers like Royal Riddle, Narara City & Shady City.
Gary Smith– Jeff Collerson had a great chat with Bob at Goulburn last Friday Jeff, one of the sports gentlemen 😉
Jeff Collerson – Gary Smith He certainly is, champion bloke
Ron Arnold– All going well this match race will be replayed on Going Greyhounds Radio tomorrow 10.45