Scott Jackson – We had a quick little dog, not strong over 500, and the week after this race we met Too Can Do (3rd to Sir Camelot) at Wenty. It was ridiculously short coming off this run, but really was a false favourite as our boy was a rocket early, and jumped, crossed it and put it into the running rail at the first turn. Handy dog who’s speed and balance took some bloody good scalps in his career. Kept setting these races up for others to run over the top of him though 🙂. Go Alfie!!!
Robert Arnold– Top bloke
Scott Jackson– Robert And could train!
Robert Arnold– Scott Jackson he had a couple of my dogs at Seymour, not the quickest 😩
Scott Jackson– Robert bloody useless trainer hahahahahaha
Craig Davis– Top guy greatly missed
Raymond Robey– Thank you Neil for reviviving great memories of that race, at the time the richest race in Australia to the winner.Alec sent the dog to us about 3 weeks prior to heats, and at his first trial his time was very “pedestrian”to say the least. But a great judge and clocker,Harry Creig, told me his last section was equal to top graders “run home’ times.As the series progressed , his time up the old Appin sraight track impressed seaoned clockers and i could see the dog becoming more comfortable in his new abode.At the box draw and calcutta, i had 10000/400 ,25/1,with John Dignam ,the bookie at the event. The rest is history except to say that Alec shouted the bar until there was no man left standing!!!!Alec sent me other great chasers to race in Sydney and i’m forever in his debt to have been able to be associated with dogs of the calibre of, Buka Sunset, OnThe payroll,Rich Roulette, Marzipan, etc. , Always fondly remembered mate, 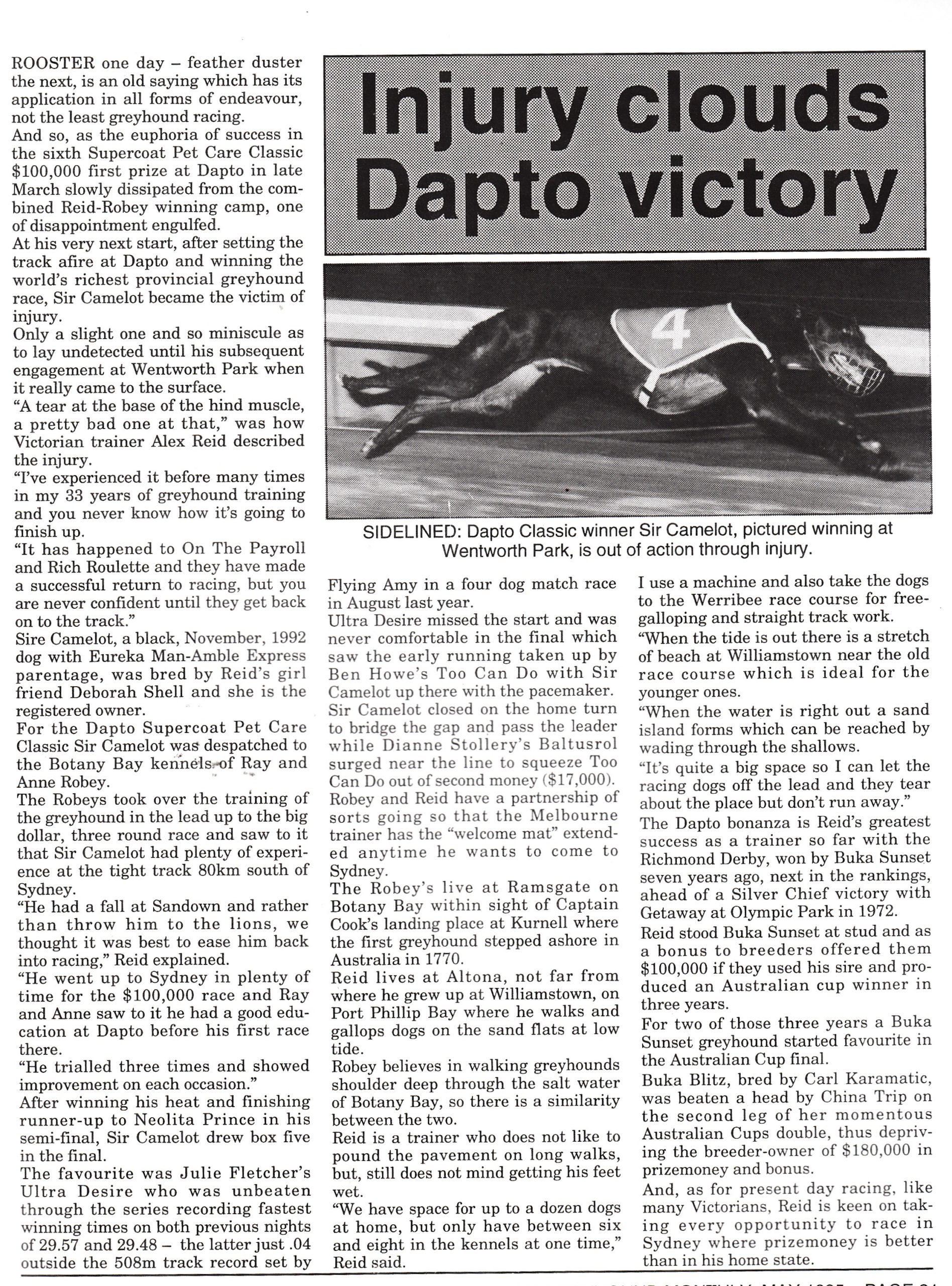 God bless and training winners in the big track in the sky.🌈🌷