Stan Cleverley enjoyed over 70 Years involved in the Greyhound industry and was a  greyhound Trainer who had no peer, at his top was acknowledged as the best in the country.

A Legendary figure he divided his time almost equally in both Victorian and New South Wales. Stan Cleverley will never be forgotten by anyone from his generation, his story is fascinating and one which highlights just what greyhound racing was like in an era where the punt ruled the day. It was a time when setting up a winner was a skill all of its own and vital for survival.

A measure of Cleverley’s success in one-year 1969, when he won the NSW “Trainer Of The Year”. His dogs won $51,925 in prizemoney from only 20 race wins on Sydney’s two metropolitan tracks as against 31 wins by Hec Watt. But in terms of prizemoney, the fairest guide to real success, Cleverley was Australia’s number one conditioner. Cleverley’s feature wins that year, included the Hobart Thousand, Australian Cup, Melbourne Cup, Harold Park Classic, Summer Cup, White City Trophy, Farrell’s Championship and the Daphne Smith Memorial Classic. With due respect, the master trainer in that period had arguably the best three greyhounds racing in the country at the time. Milimsimbi, Benjamin John, and Bunyip Bint.

George Bates interviewed Stan in 1998 for Behind The Boxes Magazine he was 90 at the time. 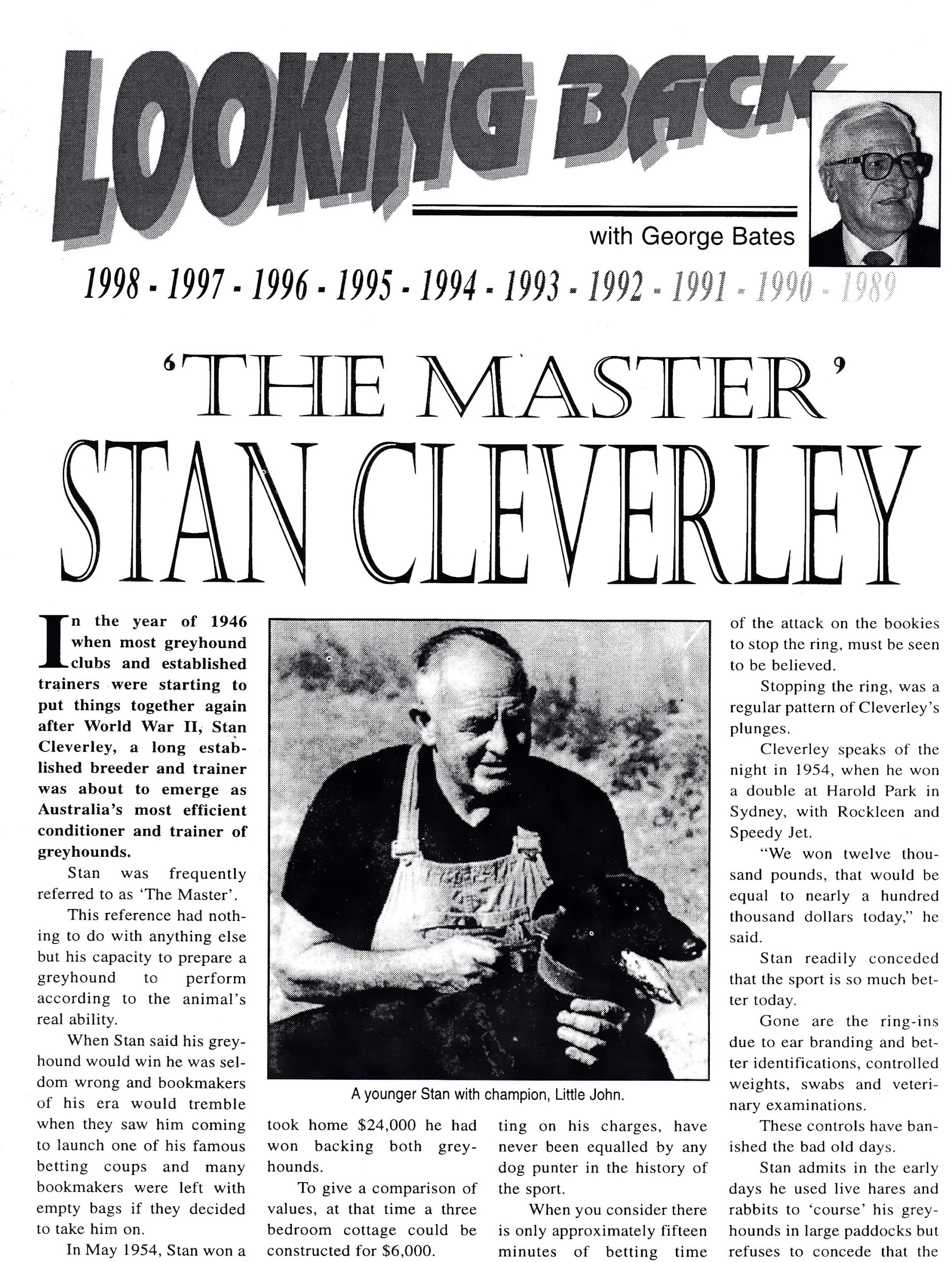 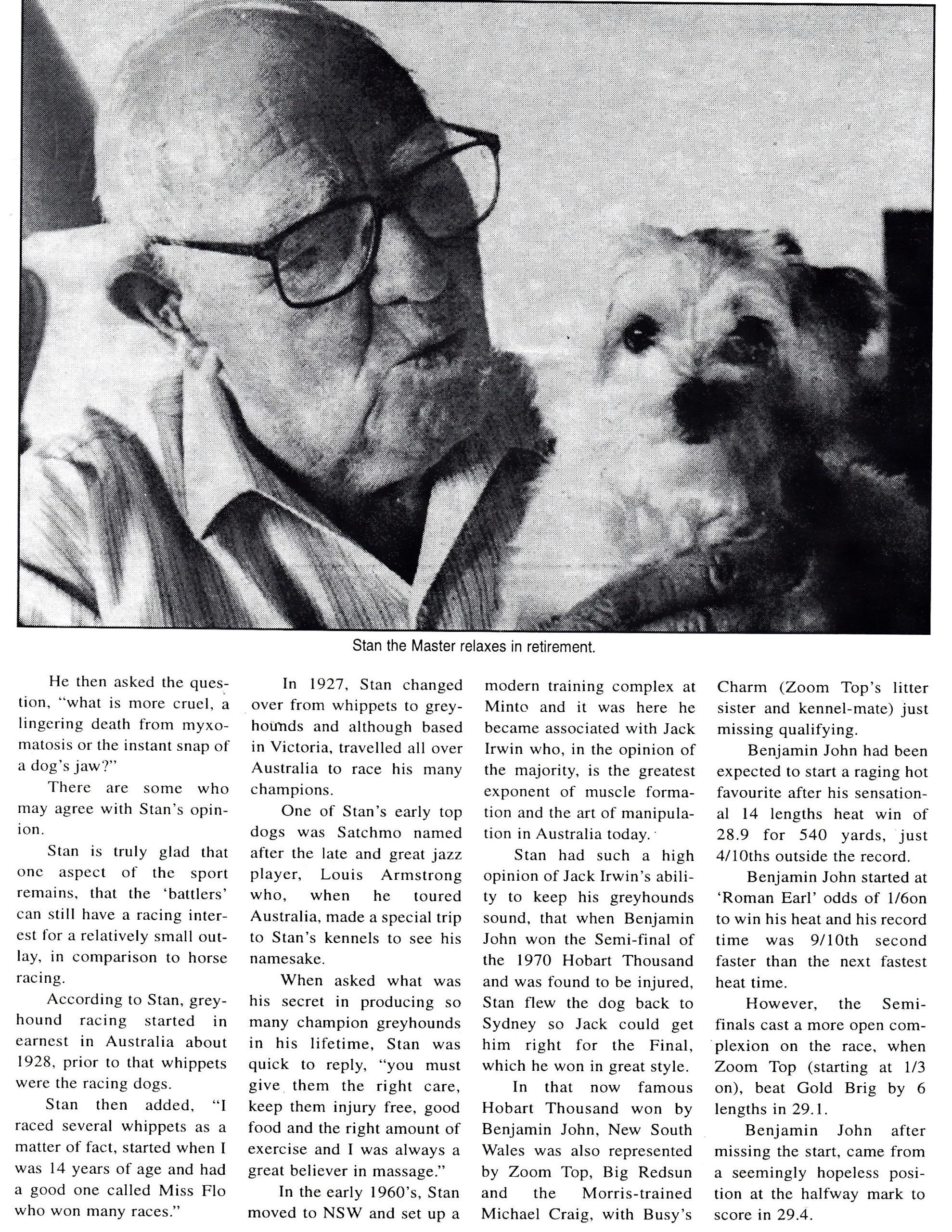 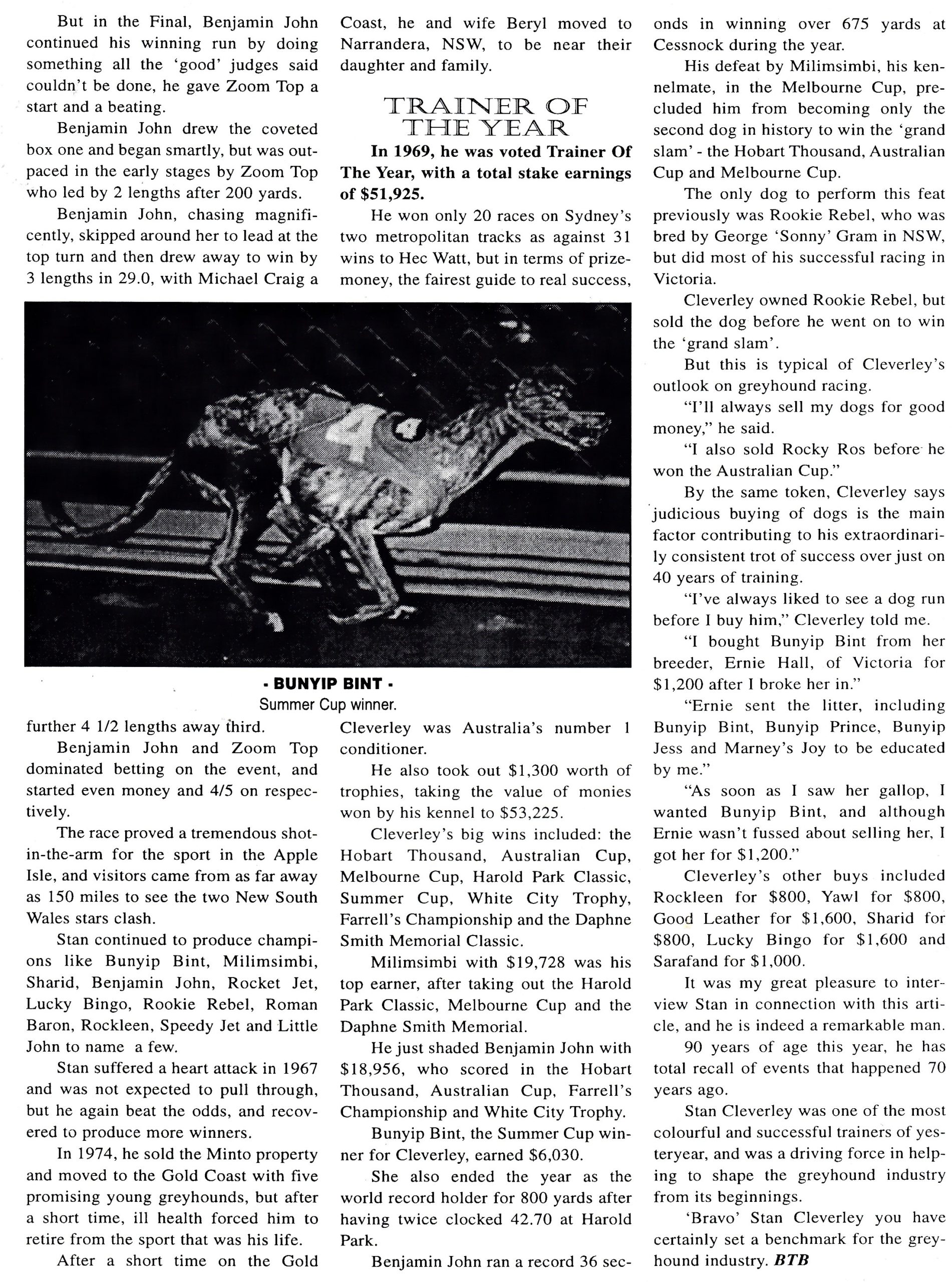 Great Hall of Fame trainer Stan Cleverley in transit to Melbourne and Hobart. 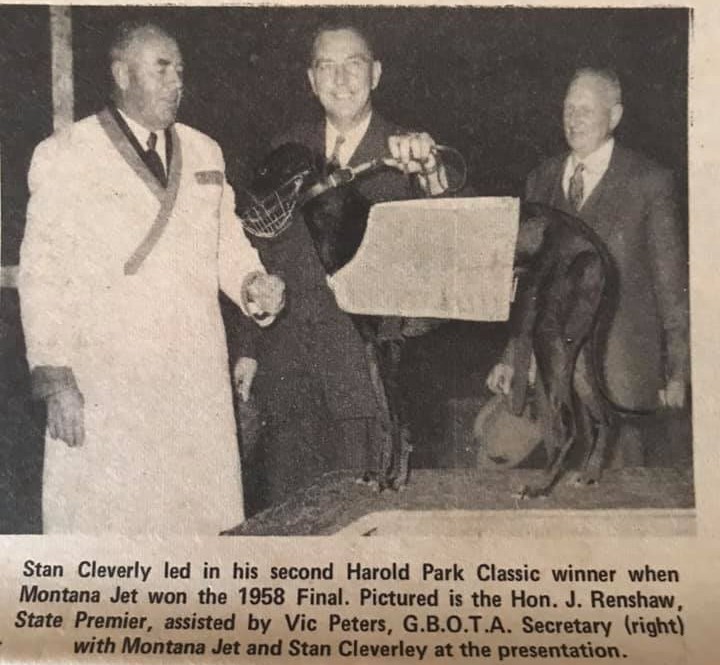 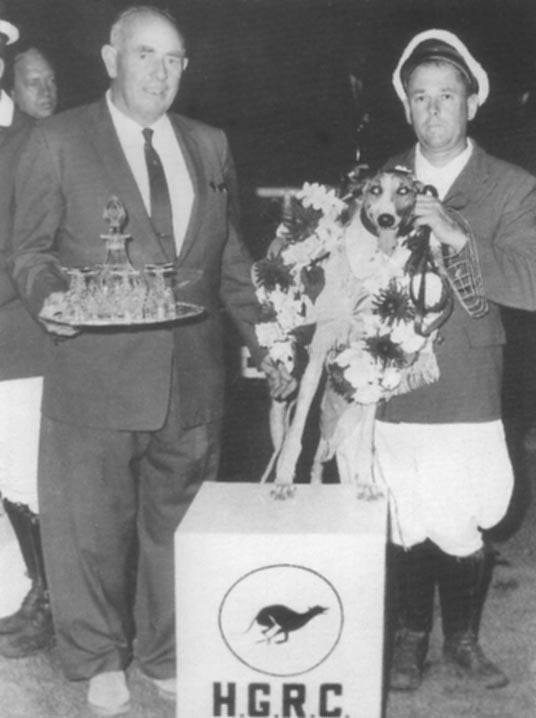 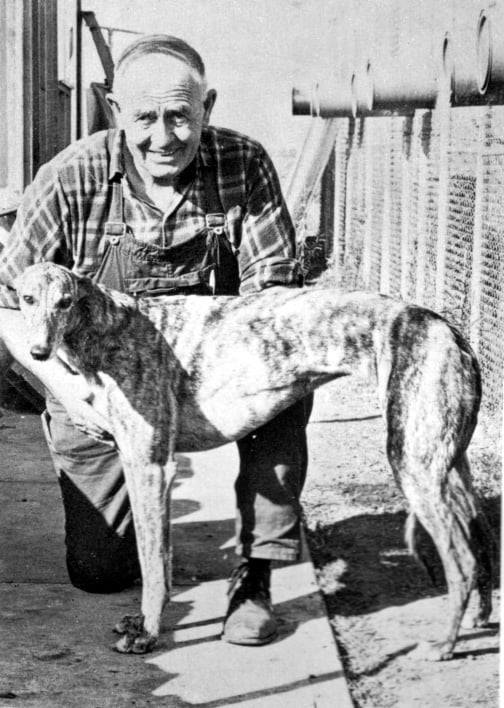 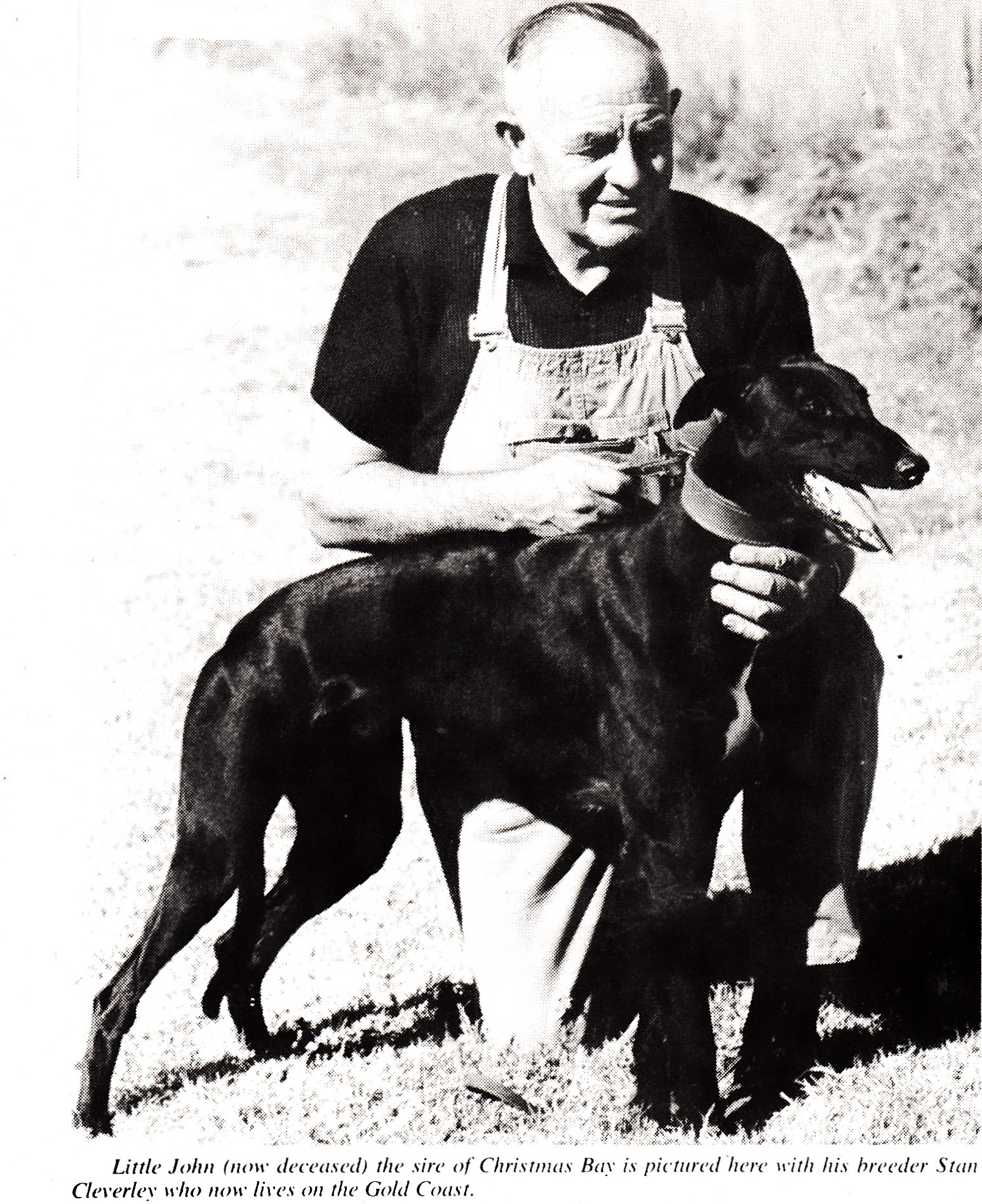 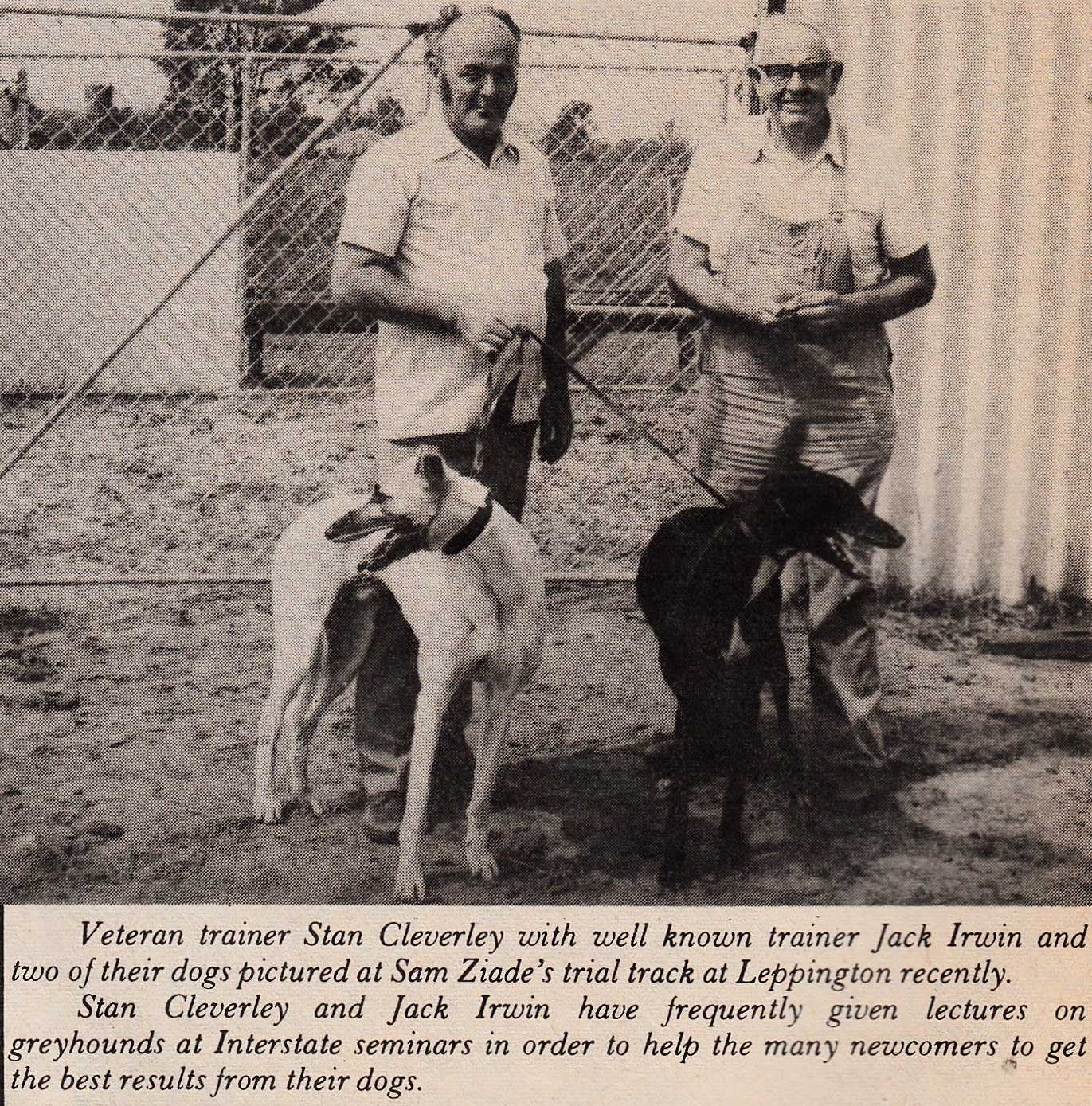 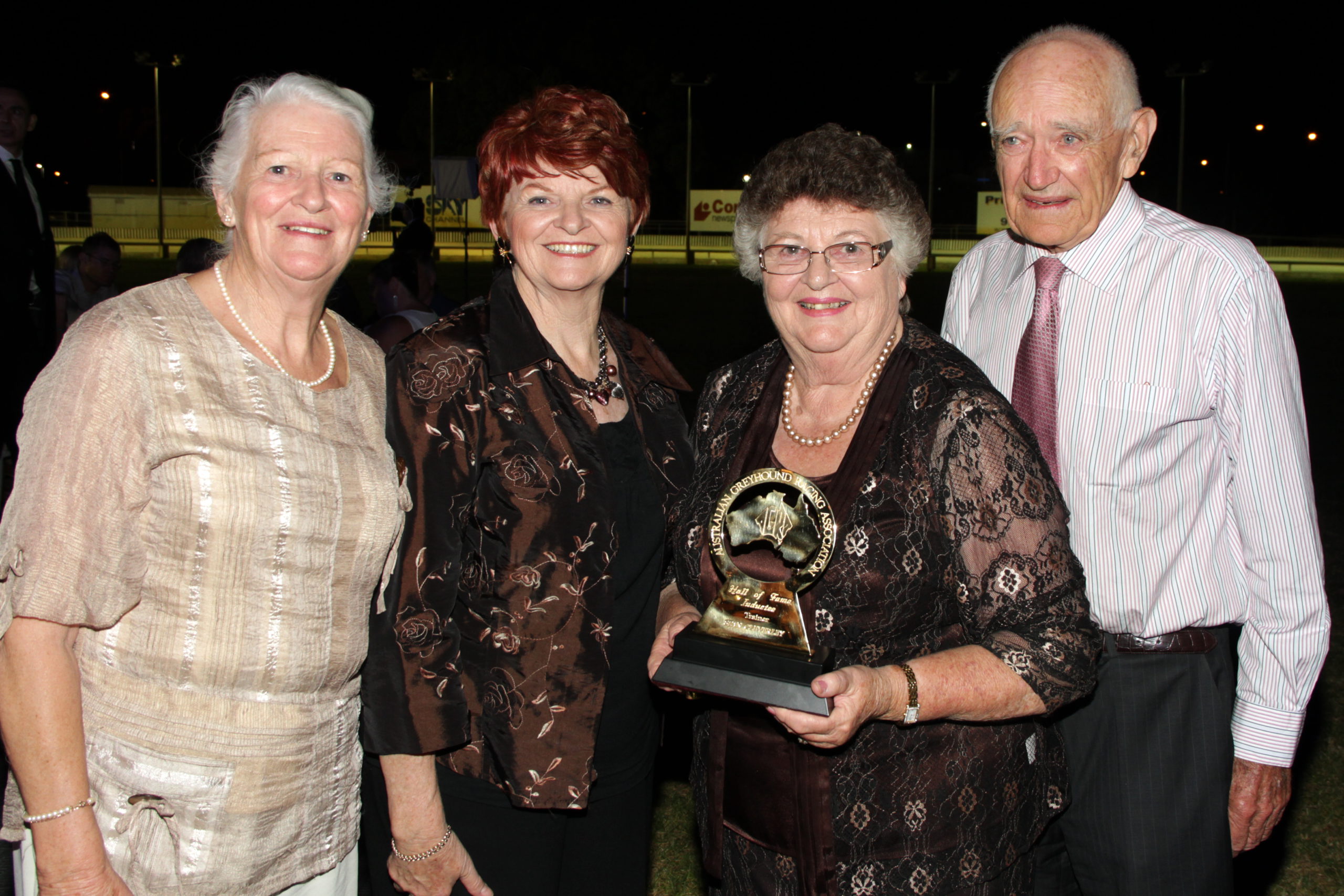