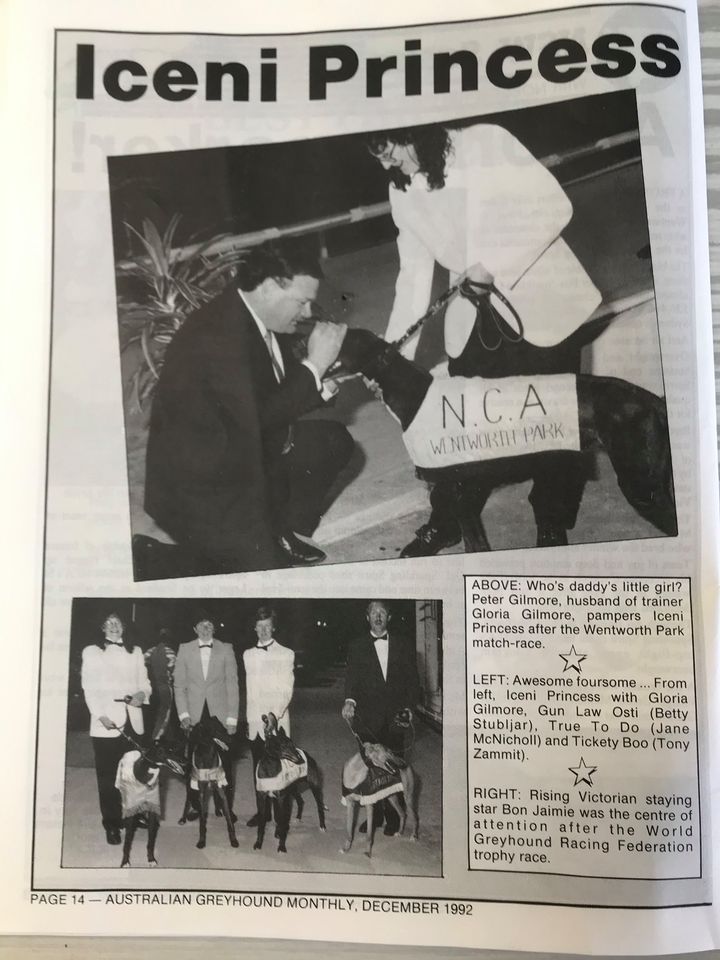 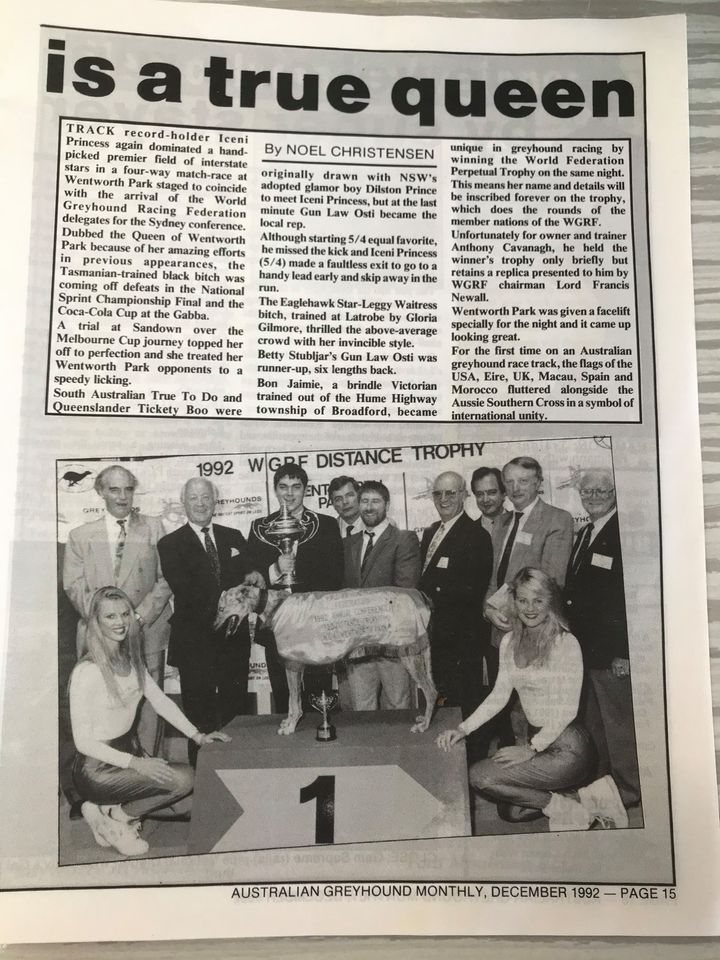 Jeff Collerson – Gun Law Osti got few opportunities at stud but he did sire a dog called Brett Lee, who was out of that terrific bitch Sobbing Sal, who I think was trained by Ted Sallowes

Gerald Daffy – she was, think same litter as Frightful Flash.

Gerald Lanigan – She was litter sister to Frightful Flash, he went in to be a very successful sire in Ireland. Billy Mcguire trained them both early days, but Iceni Princess did go to Peter and Gloria Gilmore who were based in Tassie at the time. Not sure how that came about. Iceni Princess traced back to a bitch called Venalbion Miss, a very good stayer as was her litter sister Yodel High. Peter Giles raced either Venalbion Miss or her daughter Venalbion Belle. Or maybe both. Des Dooley may remember.

Des Dooley – Peter had Venalbion Miss, but not sure about Venalbion Belle. Got an idea Venalbion Belle was from the Bendigo area. ( did produce a very good front running stayer in Petite Allira )