Victorian Hall of Famer Tangaloa a remarkable story. As a race dog there were few better his record states that. As a stud dog his contribution was massive. The man behind him had no peer the late Joe Hilli performed wonders just to keep Tangles on the track.
A May 1976 Black dog by Temlee from Pengala he was raced by Frank Appleby & Ray Read. He had 57 starts, 19 wins, 28 placings career prizemoney a record $93,165. Winner of 1978 Group 1 Melbourne Cup, the 1980 Group 1 Australian Cup and Runner-up in 1979 Group 1 Australian Cup. He served 725 bitches until he was 15 and produced stars to name just a few Eaglehawk Star, Rustic Venture, Pretty Short, Tangairn and Kid Campbell.
Jeff Collerson – Met Joe when he came to Harold Park with Bernie Strong another Melb trainer. One of their dogs was a good ‘un called Landena. Cant Can’t recall if Joe or Bernie trained her
Neil Brown– Jeff Collerson Joe trained her an absolute star at Sandown ran a track record over the distance. Bernie Strong outstanding local trainer lived near Sandown. My late Mum used to clean the Strong’s house. Bernie consistently tipped her winners pity I was… See more
Edwin Caruana– Joe trained her, she was a very good stayer, I was in Sydney on my honeymoon in March 1969, Golden Slipper day. Big day on the punt, Vain won at Rosehill off to Wentworth Park to watch Landena salute. Extended our honeymoon by a week.
Edwin Caruana– Neil Bernie Strong had Dog it’s name escapes me but every time it drew the red always saluted and always heavily backed.
Des Dooley– Eddie, could it be Makana
Edwin Caruana– Des I don’t think It was Mahana but similar.The dog in question won a lot of races at Sandown
Des Dooley– I have a recollection that Landena and Amerigo Lady raced in a small field in Sydney one night. Stewards asked a few questions. Sure Jeff Collerson would remember.
Neil Brown– Edwin Caruana I find that dogs name Ed Saturday afternoon my brother will remember. Bernie had plenty of good ones.
Howard Gray– Neil Brown I remember Bernie landing an Australia wide plunge at Angle Park with a little black staying bitch If I recall right it was called Mehrez? Did Bernie train a very good sprinter called Morjarro, name keeps cropping up in my head?
Neil Brown– Howard Gray sure did invitation class at both city tracks black dog never every got beat off the red.
Edwin Caruana– Jeff Collerson That’s the dog I was thinking about Morjarro.
Howard Gray– Neil Brown Good to know my mind’s still working even if everything else is getting a bit slooowww. 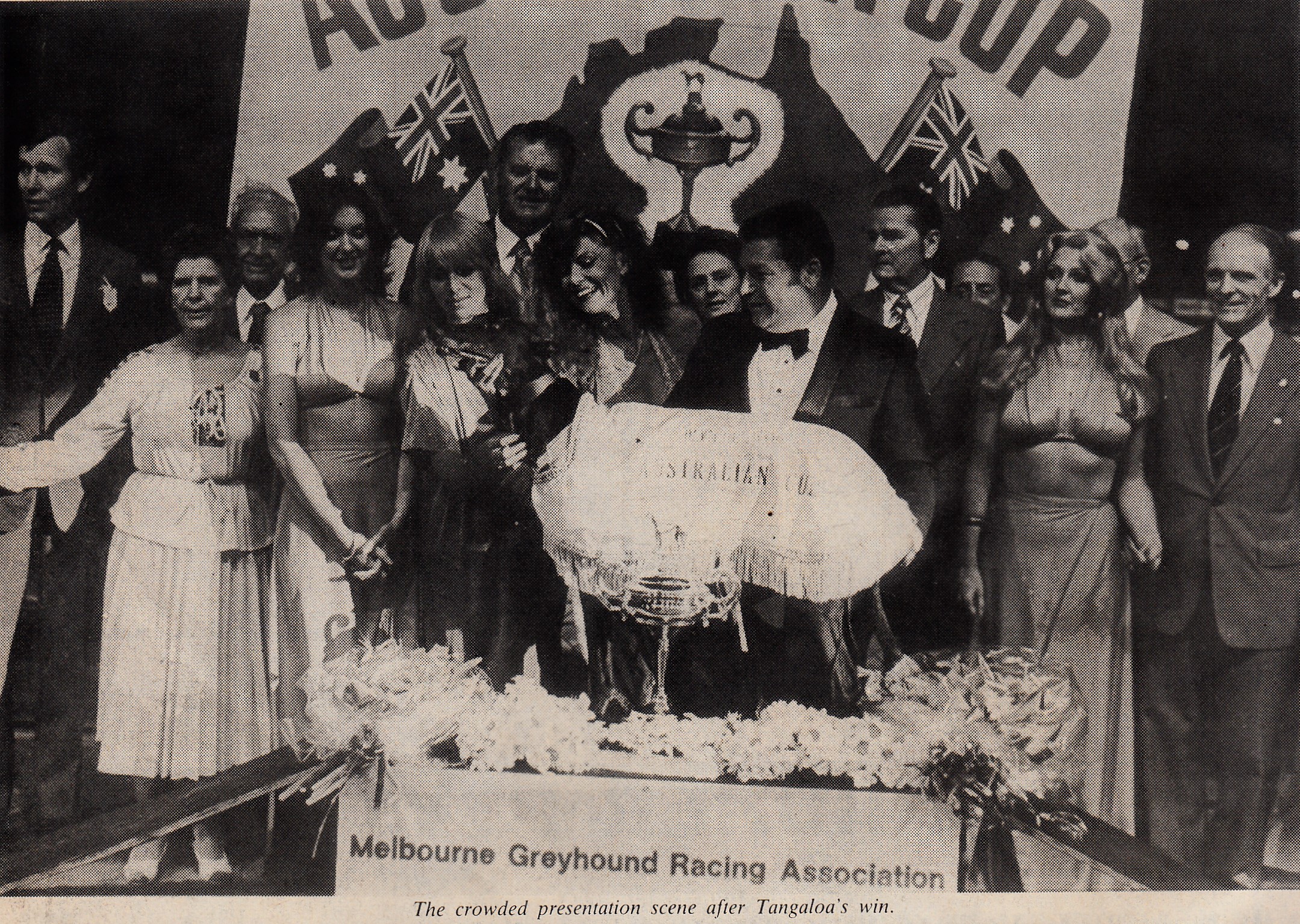 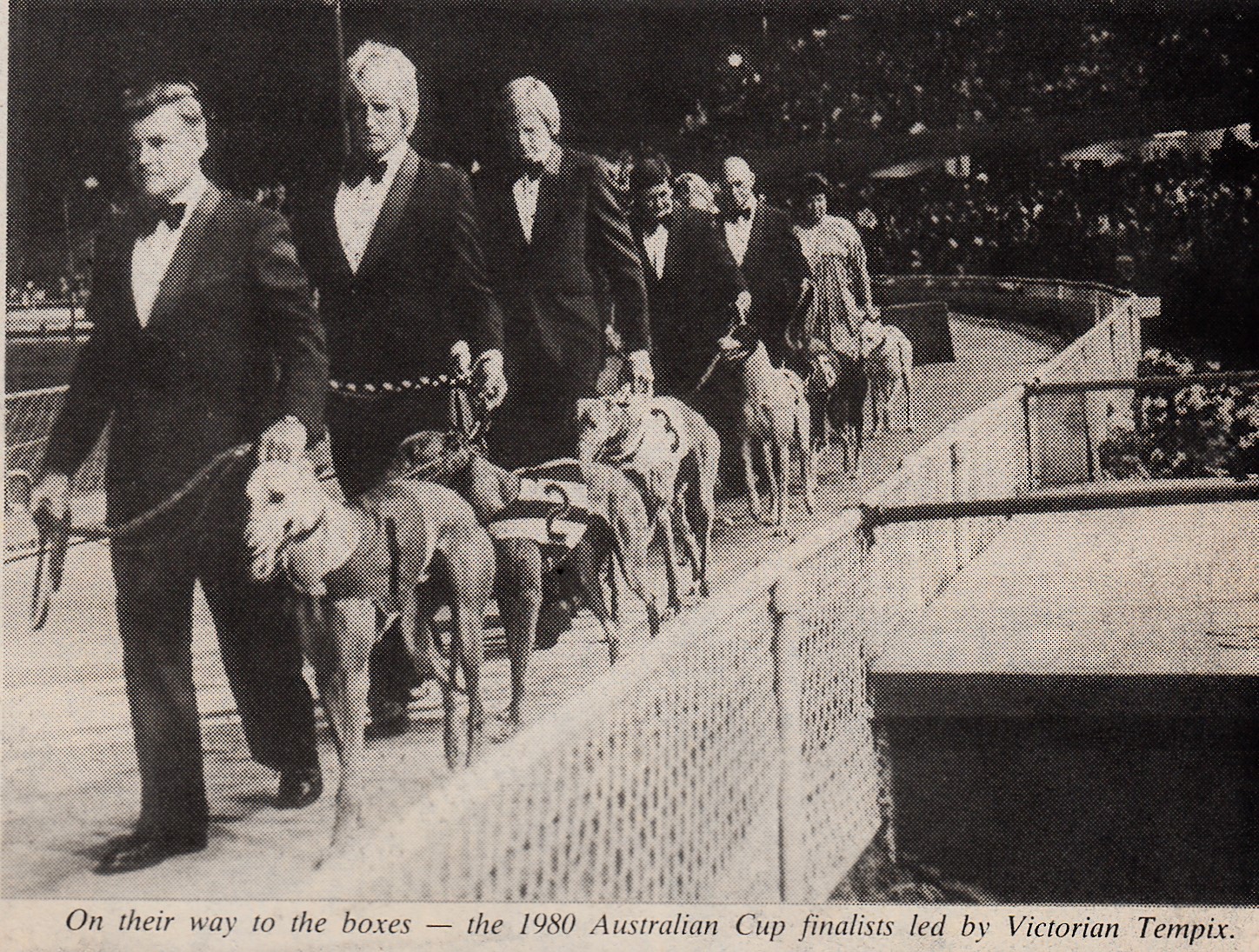 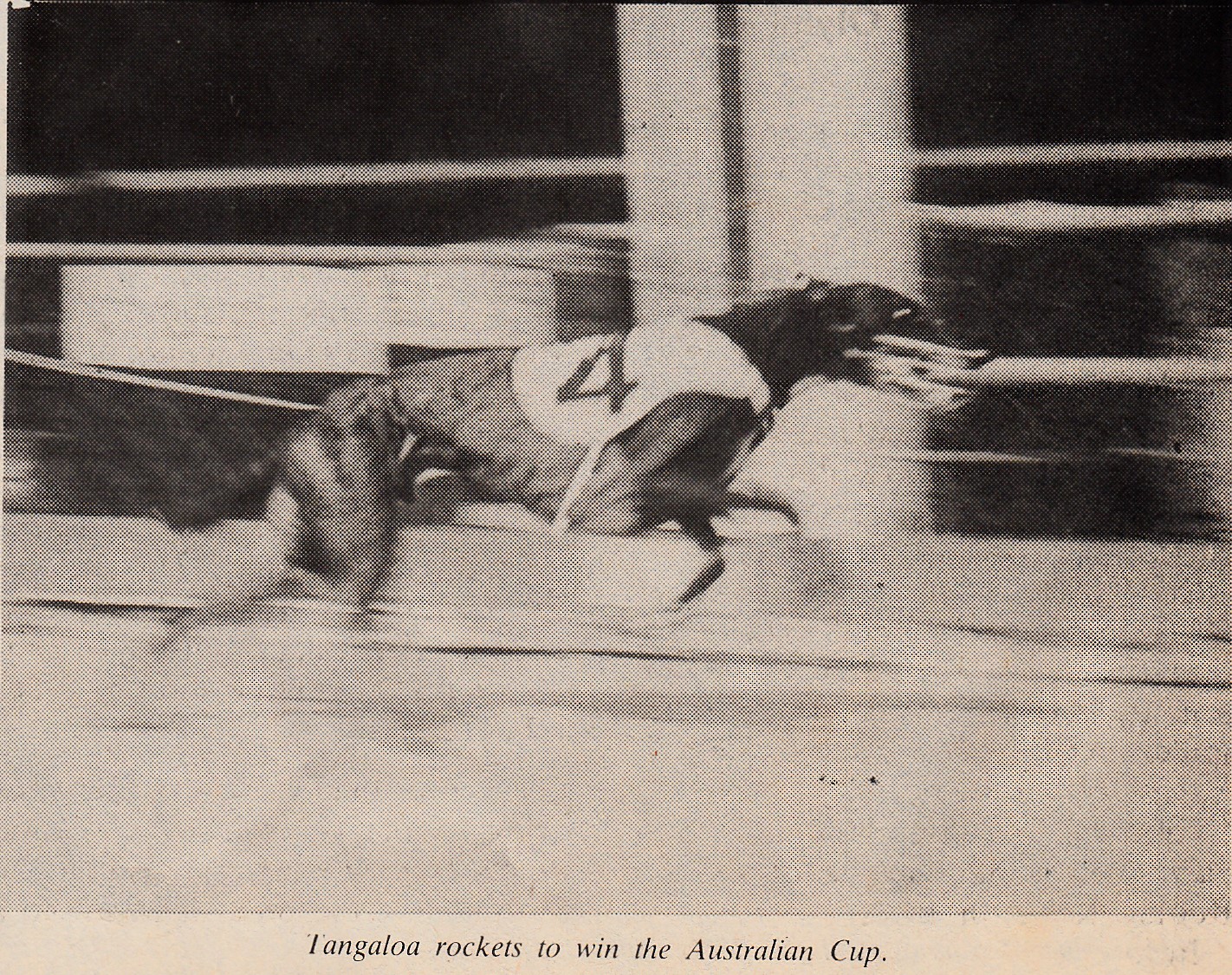 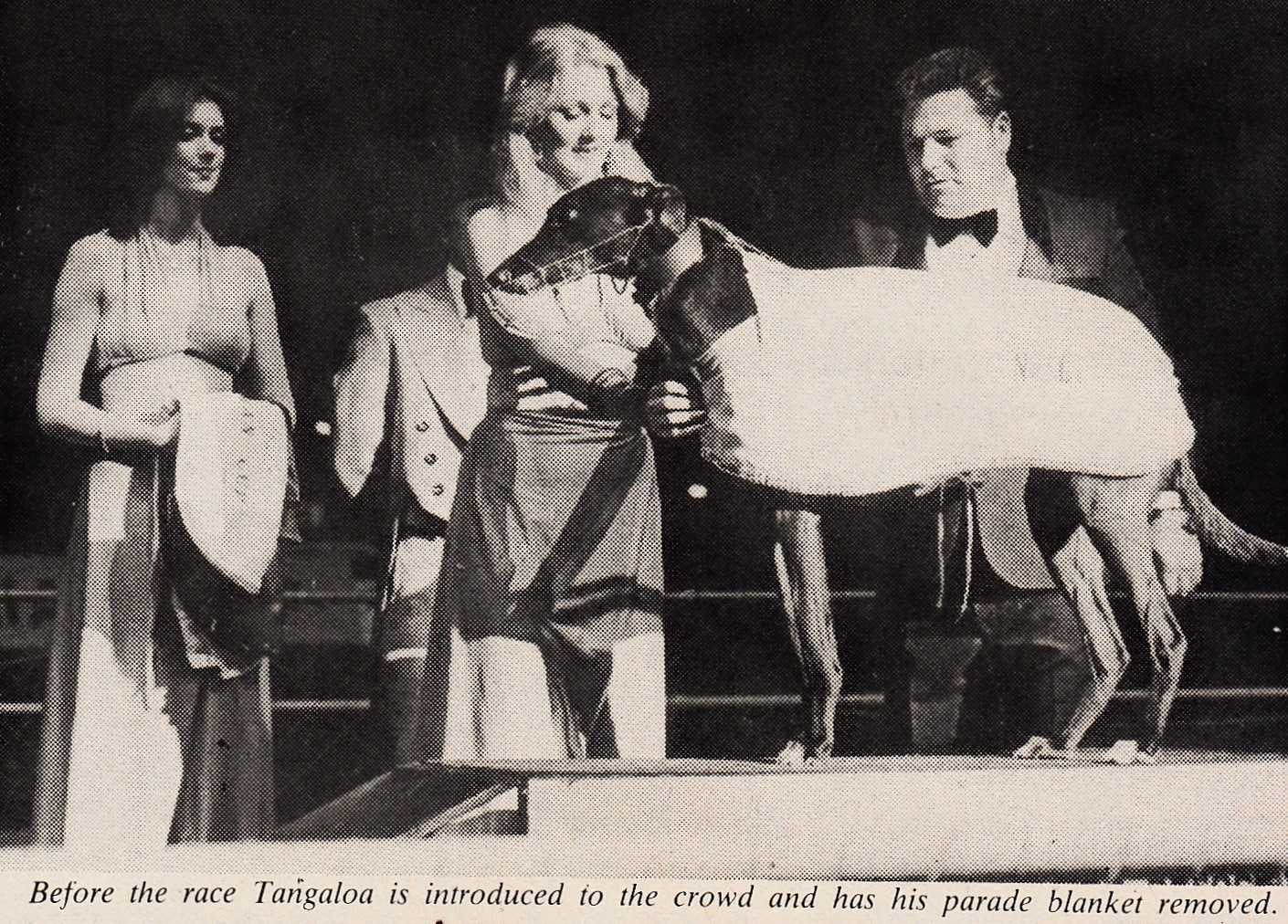 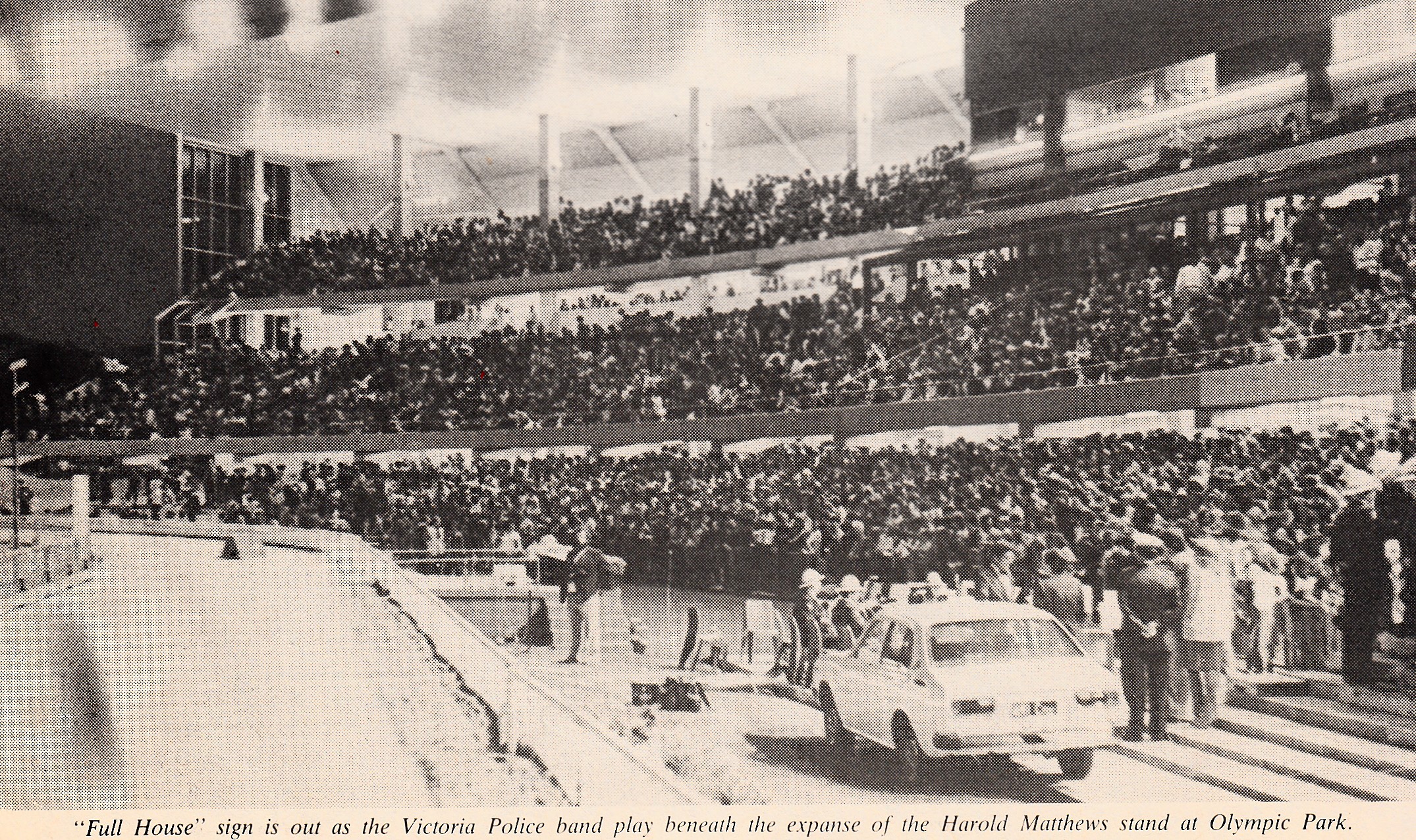