One of, if not the best Lure drivers in Victoria is Terry Adamson. Born into greyhounds he was a very handy trainer like his dad Clem. Here he is as young bloke with his handy sprinter Gay Apache. Bred in the purple by Eaglehawk Star from Mary Baxter. He had 54 starts for 13 wins and 18 placings winning over $12,000 in the early 90’s. He won at Sandown, Olympic, Cranbourne, Geelong, Warragul, Shepparton and Traralgon. 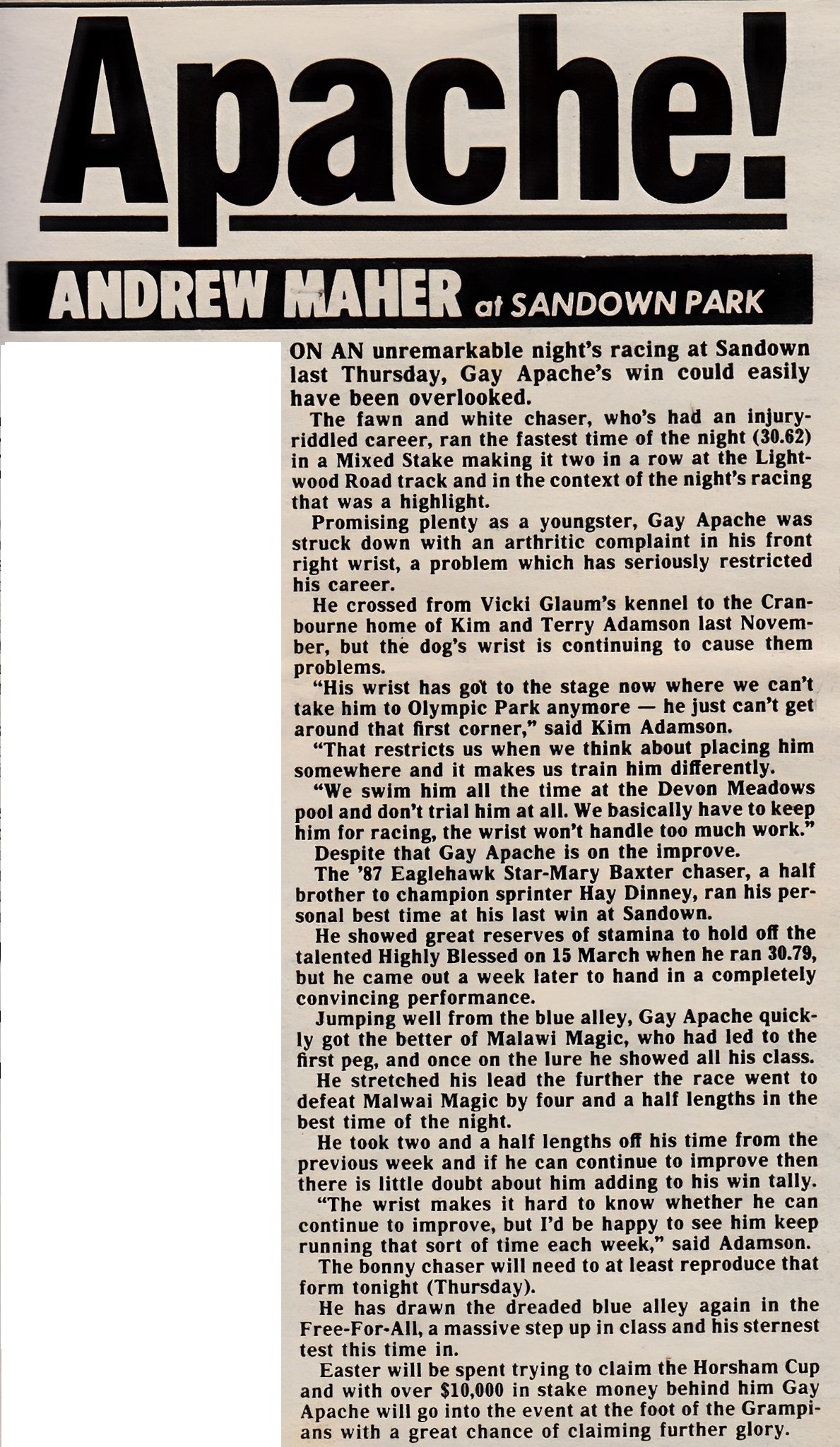