The mighty Miss Baines loved Olympic Park she won 16 races there including finishing second to Half Your Luck in the 1973 Australian Cup. She started the 4-7 favourite from box 2 but brilliant the beginner from box 1 proved too good winning by a length and half at 10/1 in 30.32. She also made the 1972 Melbourne Cup but had no luck when she fell. She was one my favourite sprinters of the early 70’s. Matt Clark send me the below classic Allen Quinn photo of Miss Bains and a page on her record. She beat the best Half Your Luck, Gold Grotto, Which Opal, Delbairn, The Little Gent, Fountain Hall and Zorbette to name a few. She won three at Sandown and won at Harold Park and Geelong. She beat Woolley Wilson in a semi of the Australian Cup. Matt’s dad Peter trained her for his brother Graham. Hall of Famer Frank Kennedy features on the dais. 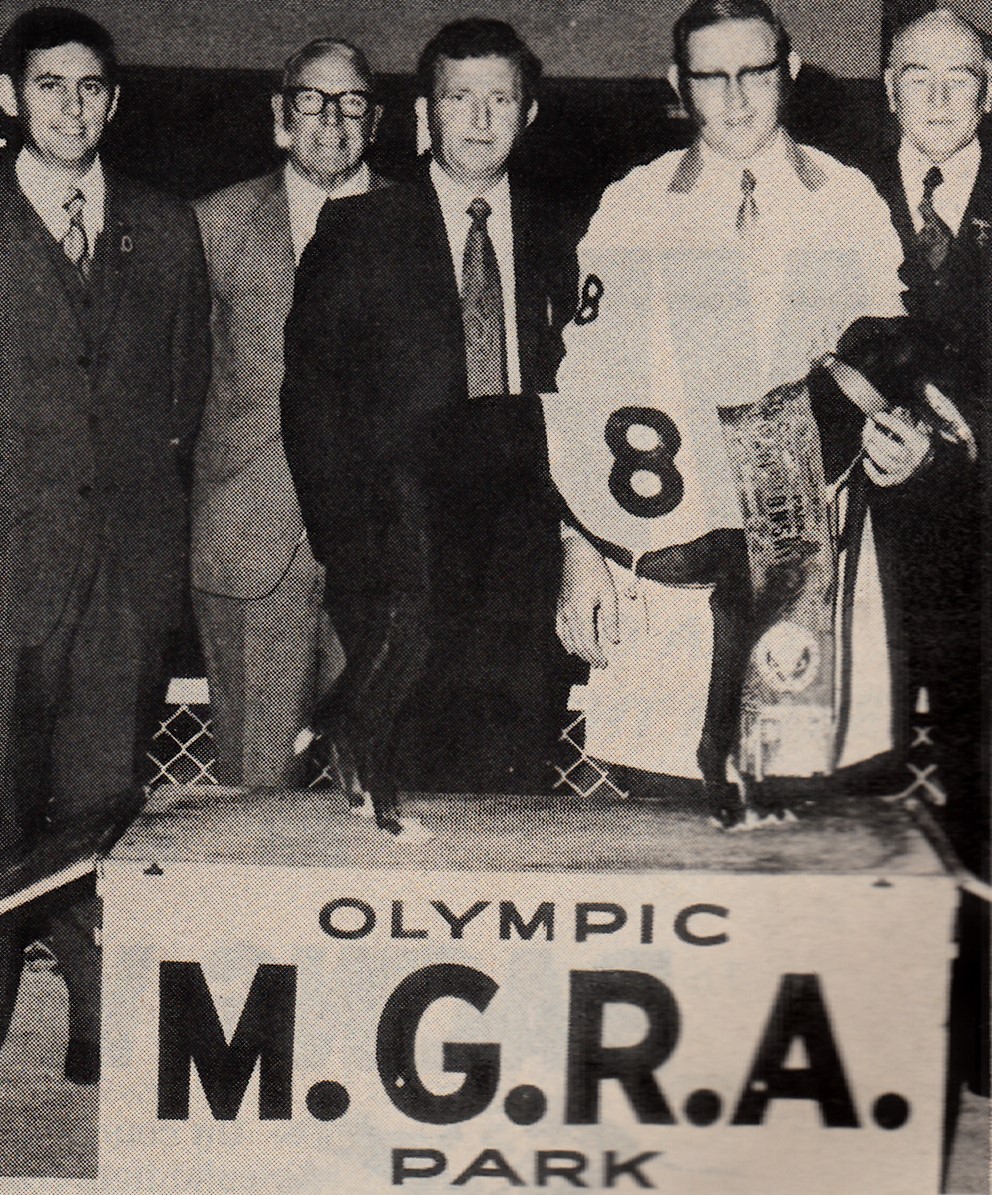 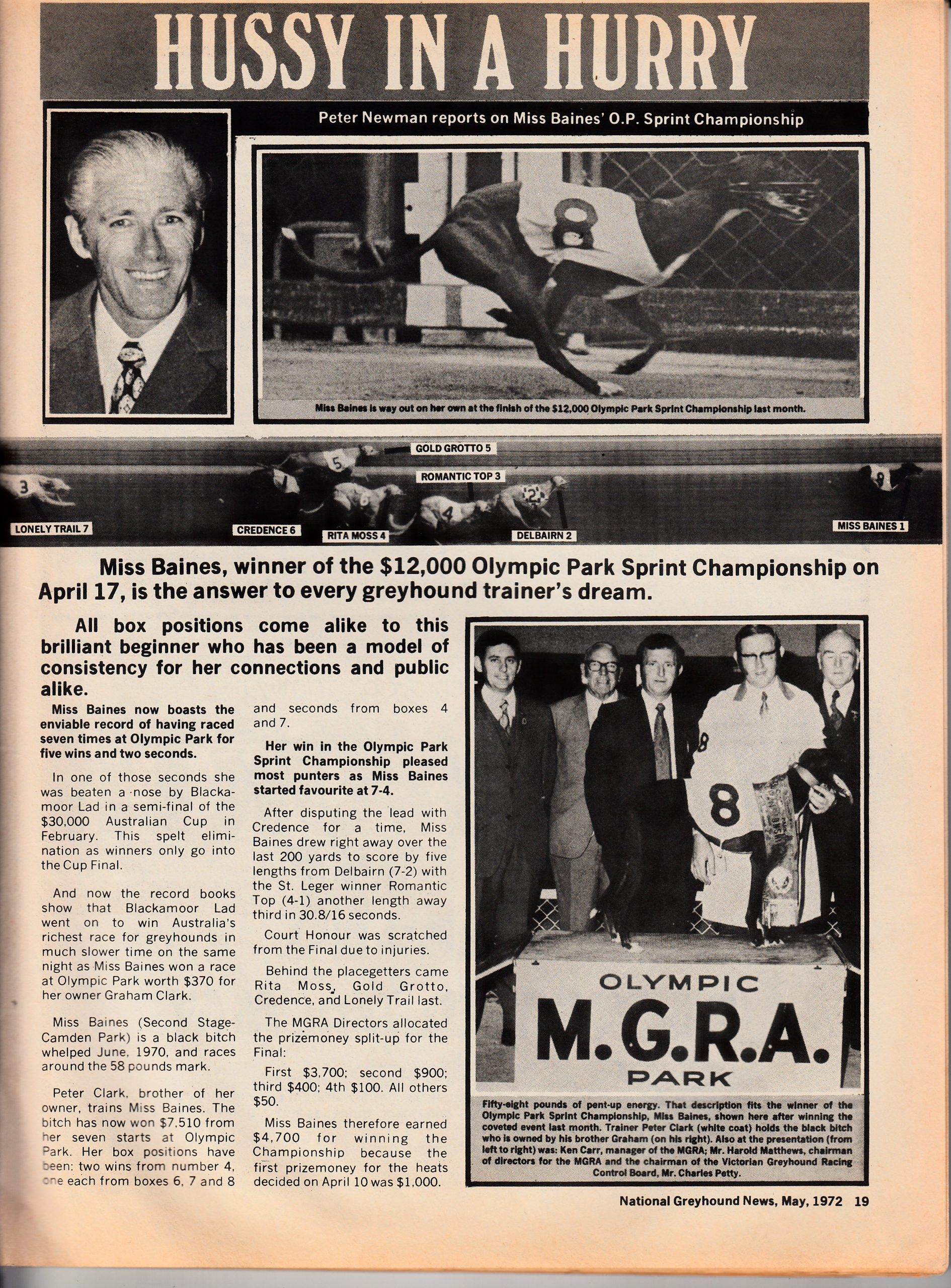 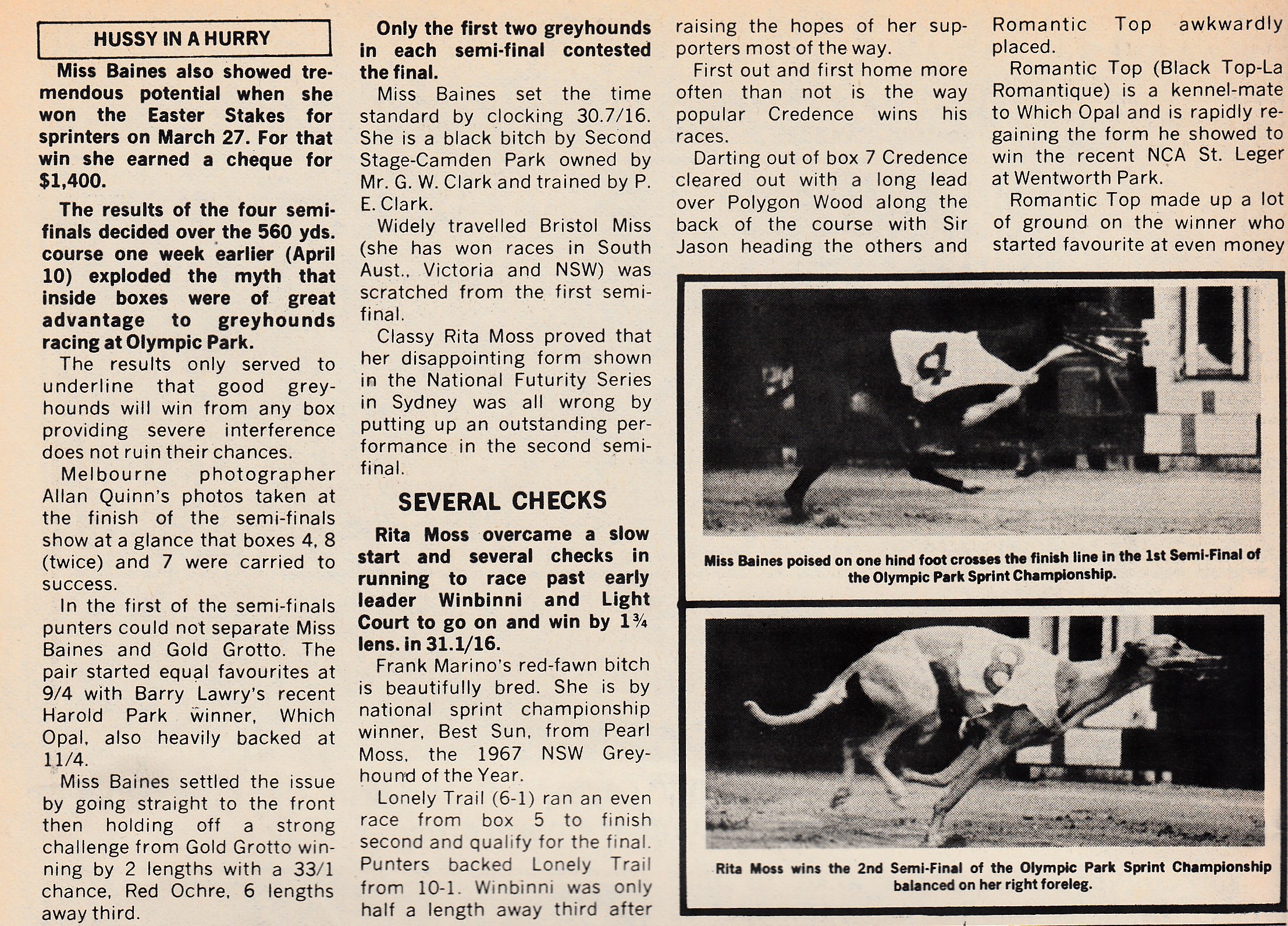 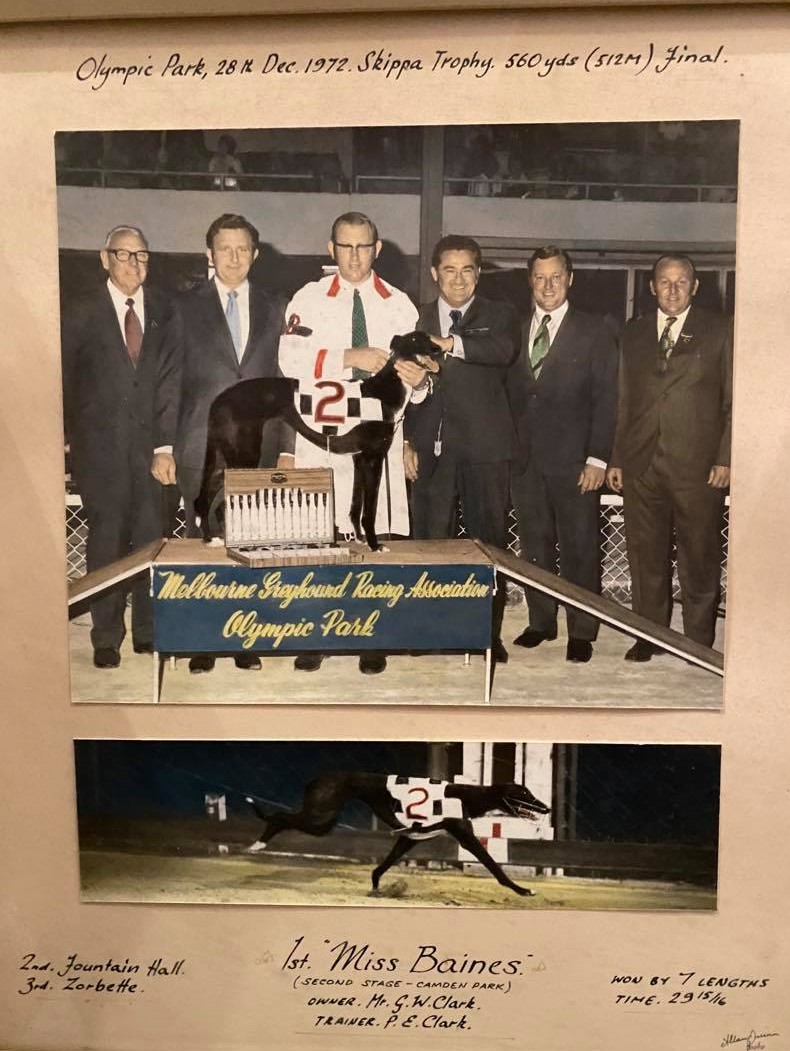 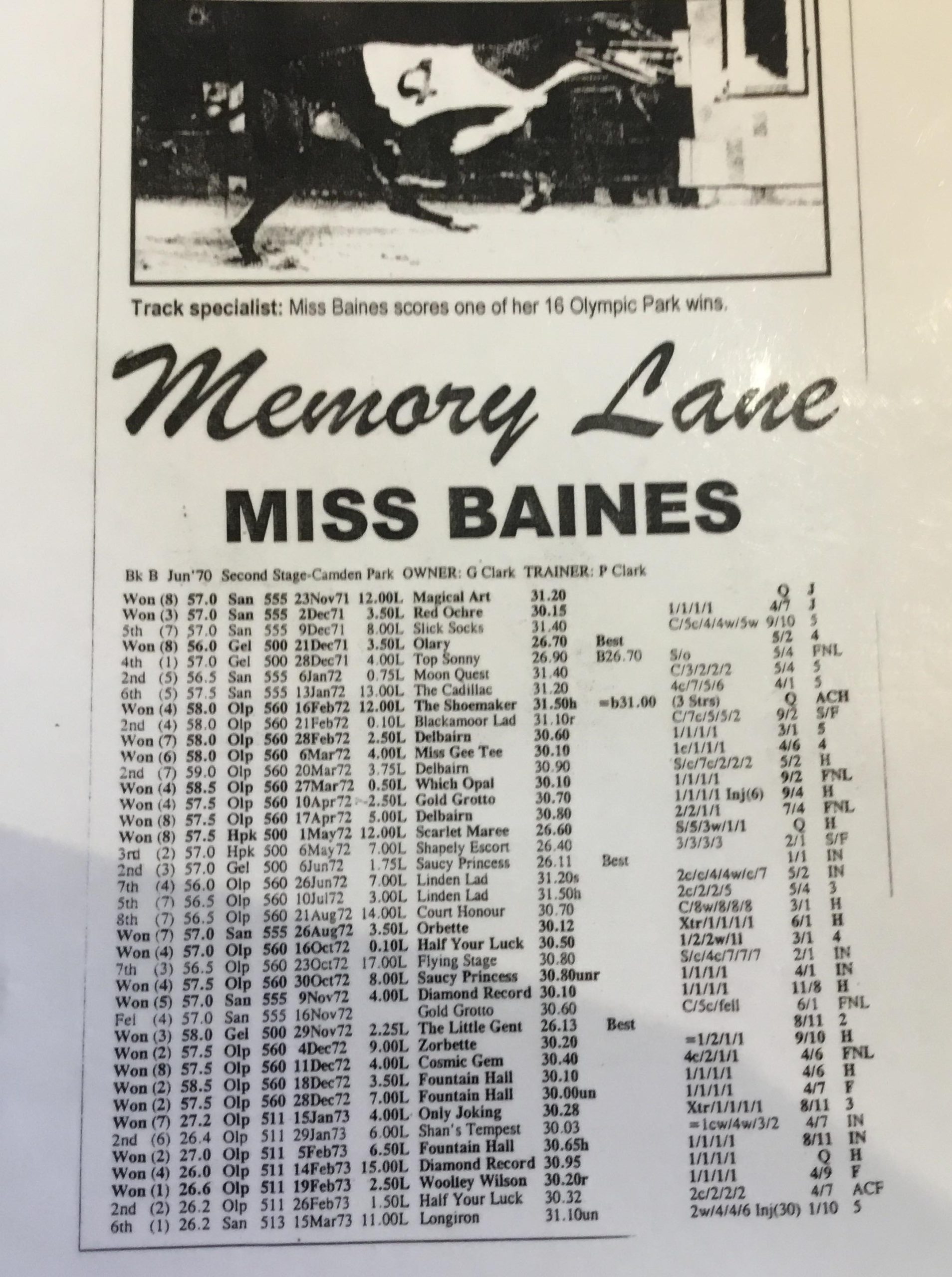 Gerard Daffy – I was there that last run,went down with Bill Kermond who trained Longiron.He was 50/1, Miss Baines was 1/10.