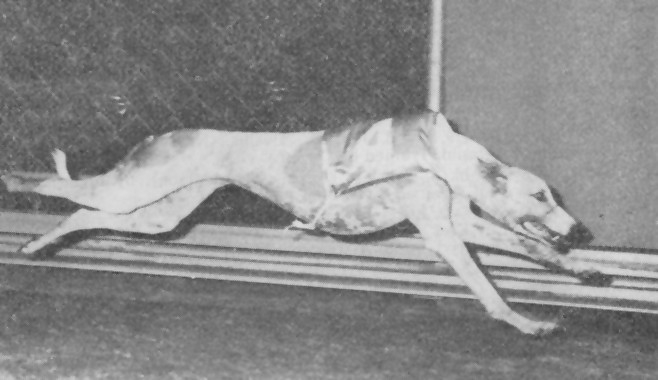 Brilliant 1970 Australian Cup winner The Smoother. I remember the night well backed the Cup winner The Smoother, big white dog from NSW off the red. I was sunburnt badly on the Sunday and couldn’t brush against anyone in the packed betting ring. It was one of my favourite Australian Cup winners The Smoother with his short racetrack career of six months. He proved a bonus at stud producing the likes of All Design, El Gazelle, Dusty Trail, Kim’s Monaro, Emiline Bale, Steelflex and True Leader among his progeny. The Smoother died in January 1977, aged just nine.

Heather Cooke – Neil Brown yes well my late dad trained Phantom Heir, the smoother a great run that night, so I was told
Alan Marum– Thats wen there were qualifing… Heats…. Semis.. And final… 4 week process..
Charlie Xuereb– Alan Marum Loved the qualies go down stairs and get the fields and sit in the stands and bet with mates in each race.
Heather Cooke– Charlie Xuereb yes dad used to say that it was a great atmosphere but also a great way to get into the major races 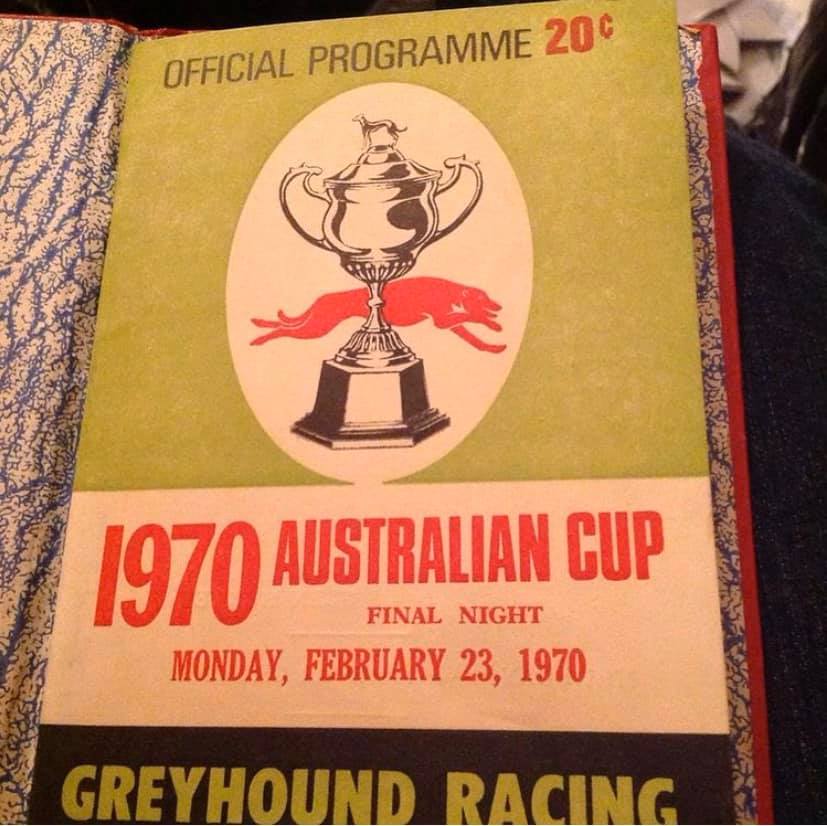 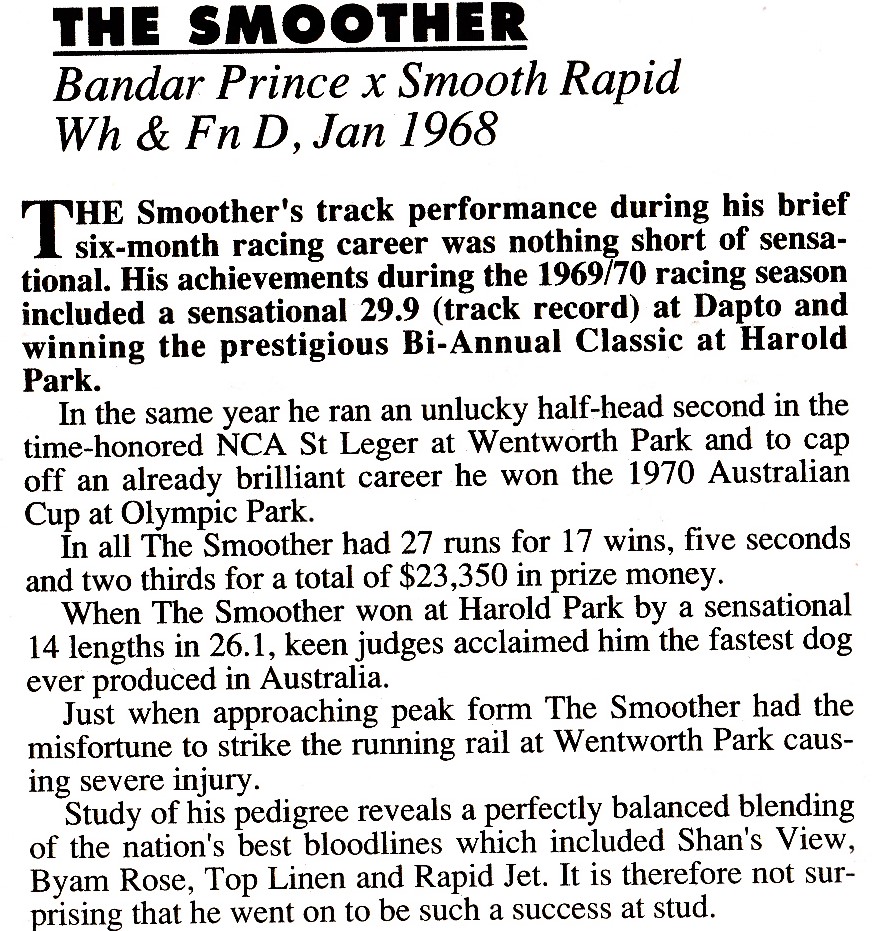