Here is the history of the Wang club written in 1977. I’m still looking for Photo’s of the old track I know I have seen them. Planet held the 640 record in 77. 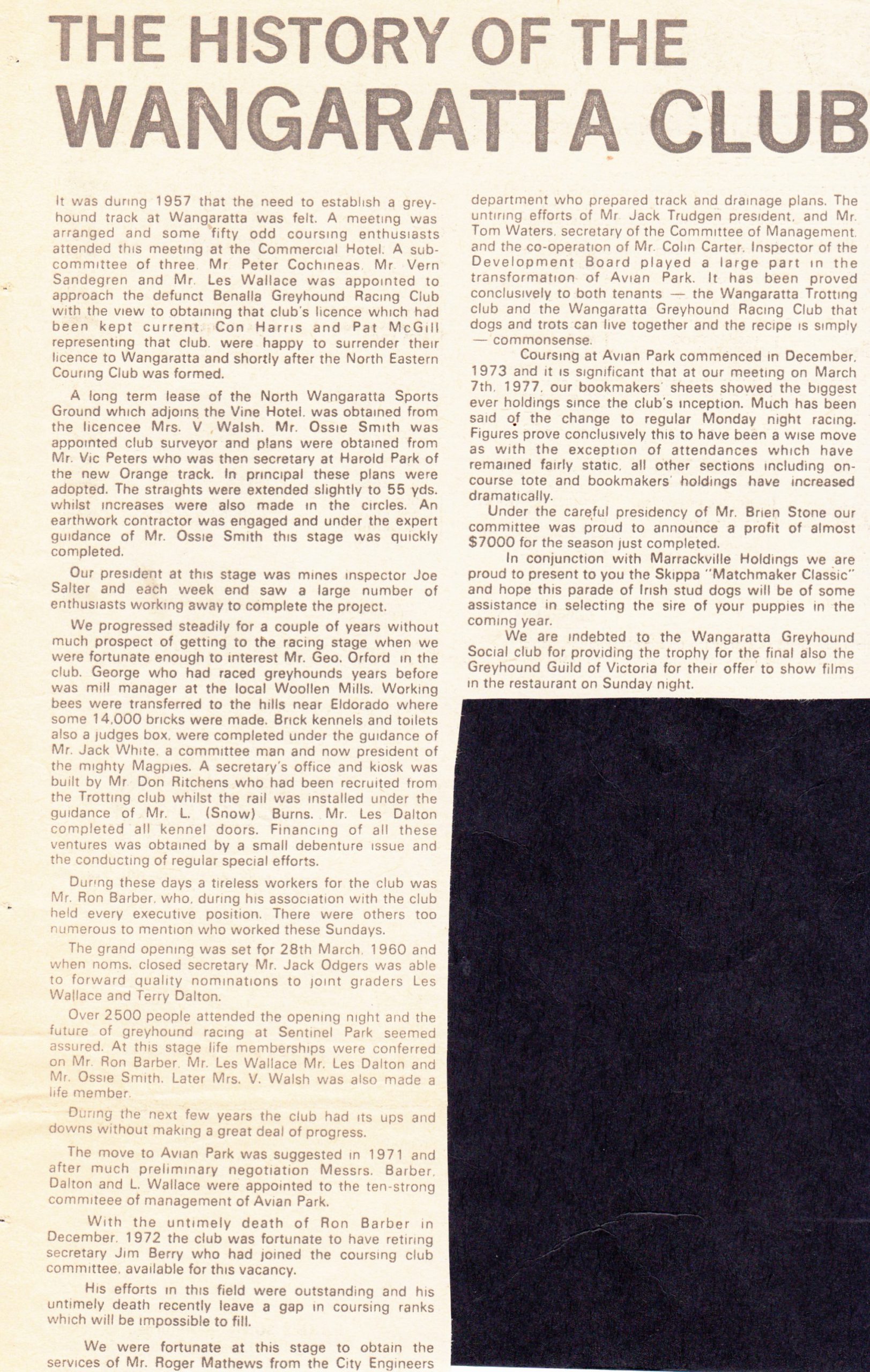 Jeff Collerson – Des Stone an old mate of mine was a bookie there in its heyday. Des went to America with me on a tour I took away. He told the story of how a dog called Brindle Bounce broke the track record as an unraced maiden and was backed off the map. Biggest plunge ever at Wang!
Greg Hore – Jeff Collerson I grew up on the border and spent almost every Monday night at Wang during the 70’s, including that night. It was reputedly from a highly respected kennel, but raced in the name of Gary Friend from Mullumbimby, an unknown trainer at the time. Funny old night and stranger things allegedly transpired in the weeks following with the very same dog.
Gary Smith – Jeff Collerson I can name one just as good jeff or better, we were sent a dog named Cabiano, first look at Wang track smashed record in private trial, paid all employees on trial night to be quiet, owner was a multi pizza parlour owner in Glen Waverley… See more
Leigh Smith – Always remember going to the pub next door through a big lot of trees. I think it was called the vine. Alot of years ago. Grass track.
Gary Smith – Actually the Vine Hotel is still going strong and Boofa Ladgrove’s son Ocka owns and runs it, I am sure he may be able to remember a few old stories 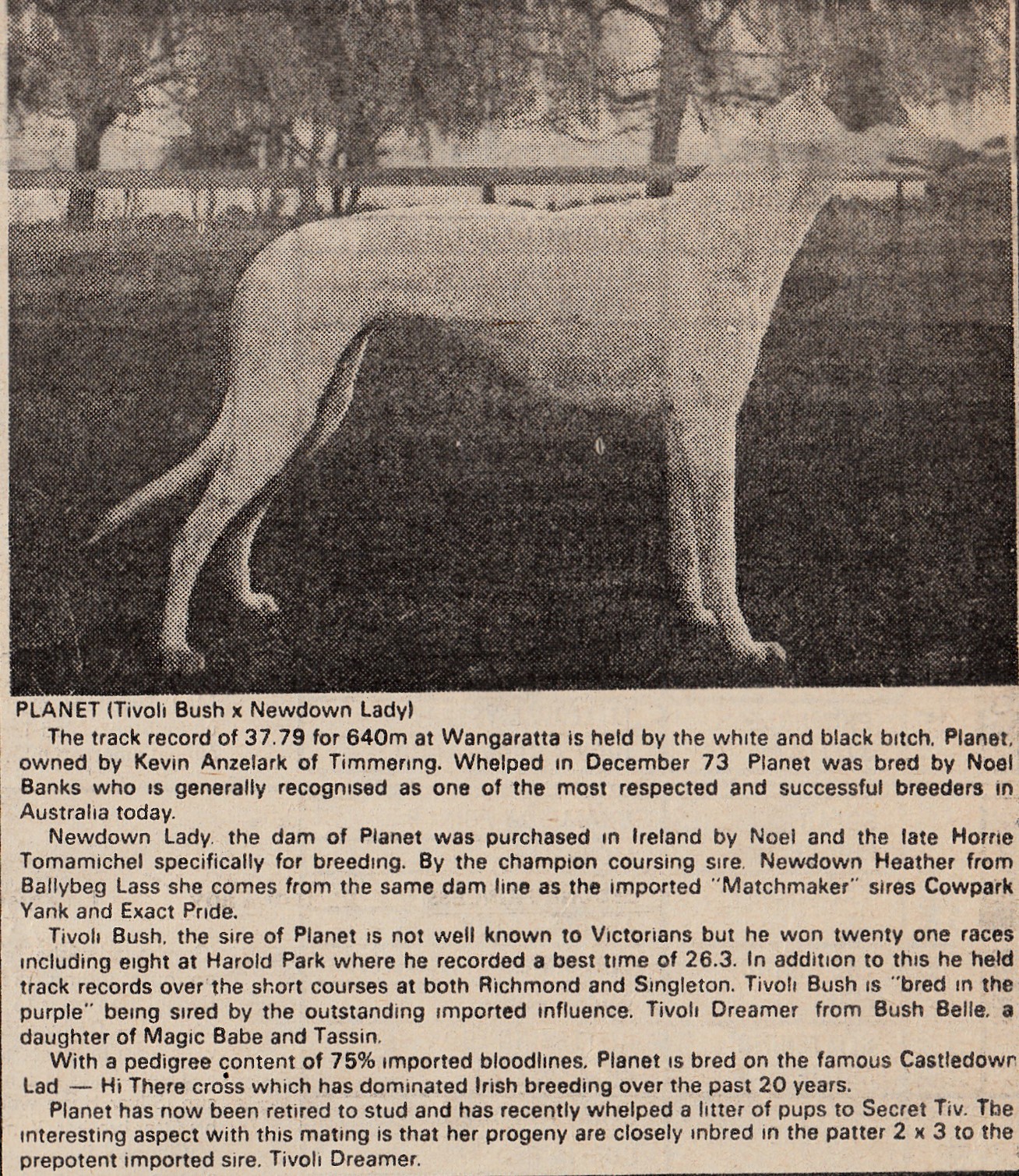