Had plenty stars stay at my place one was the brilliant Winged Runner. Owner the late Lionel Ledlie a lovely bloke and legendary Queensland trainer John Reimer came down the day before the Top Gun. John hasn’t enjoyed the best of health the last few years and I wish him the best. She was selected for the 2000 Top Gun. However, there was some train of thought she shouldn’t have been in it. I was on the panel and didn’t agree not knowing she was going to stay as I was contacted later. Without seeing the track she ran third behind Placard but beat home Go Wild Teddy, Dutchy’s Angel, Kantarn Bale and Classic Capri. She was a freak at Albion Park where she won 32 a record including the Group 1 Nutience Cup and she was also judged Queensland Greyhound of the Year for 2000. Lionel took some great photo’s and sent them to me my favourite is of my family when we got home from the track.

Here she is with her first litter of pups to Awesome Assassin in 2001. Her kennel name was lady Astra.

Brennan Ryan – Funny story, when Ann Southee whelped the litter, she offered dad a pick of one of the pups to buy. Out of the two fawn bitches we ended up with her sister Fine Silver.

Clint Kratzmann– Speed should have been in her name she had loads of it super bitch I was fortunate enough to own a bitch in 2016 that won the winged runner cup at Albion Park called Iona champion.

Clint Kratzmann– May be an image of standing 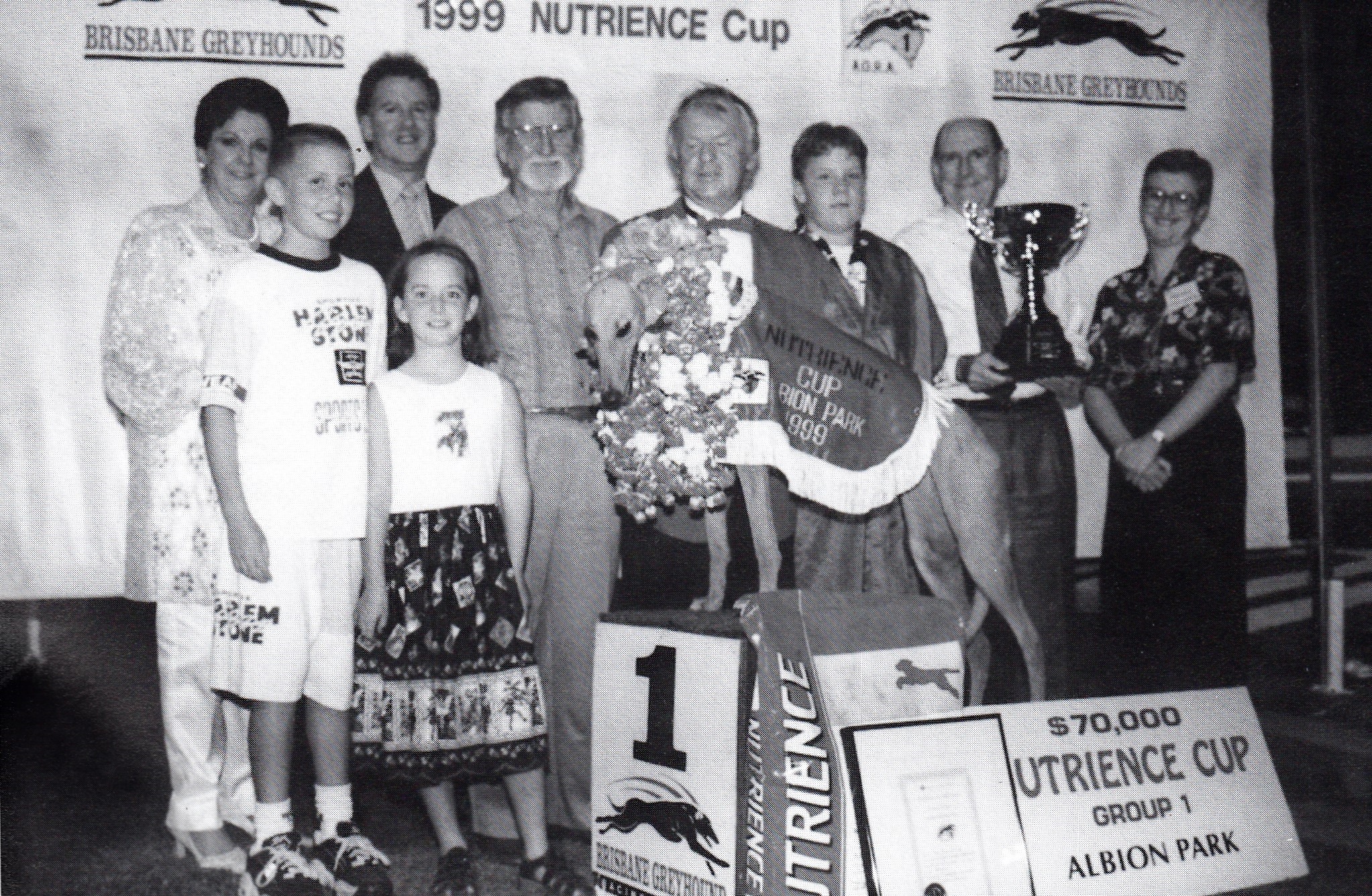 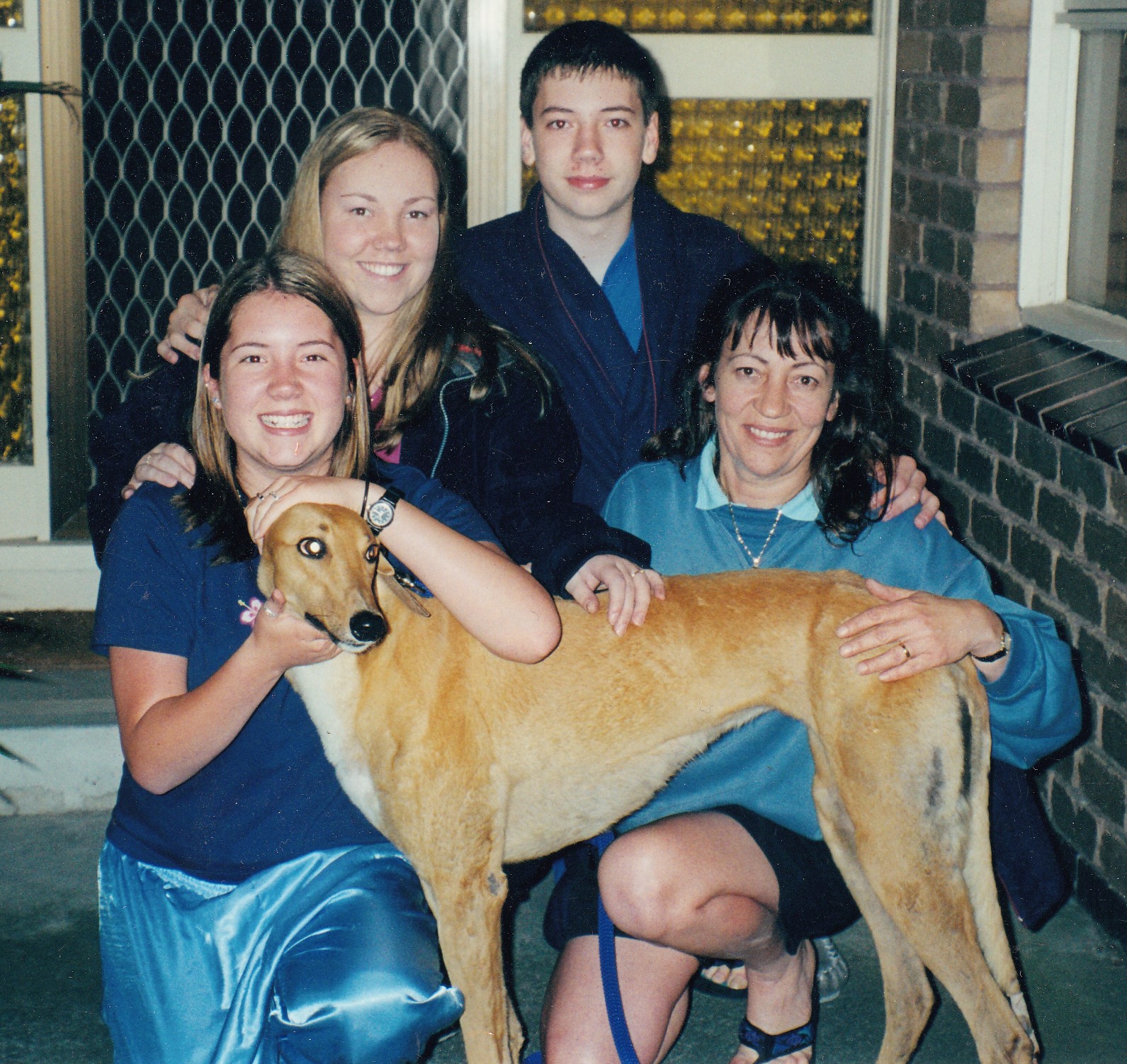 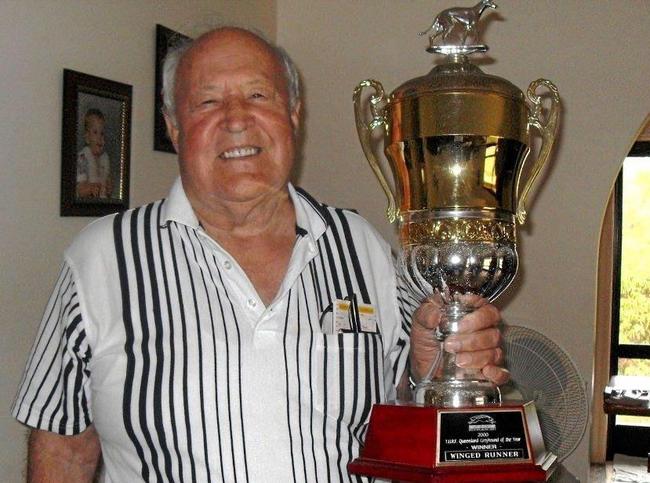